MANSFIELD — There are some stories that transcend time and place, with themes that touch new audiences every year.

Area residents will have the chance to see one of these stories come alive this weekend as the Ohio State University at Mansfield’s theatre department performs the American debut of “Back to the Divine Comedy.” 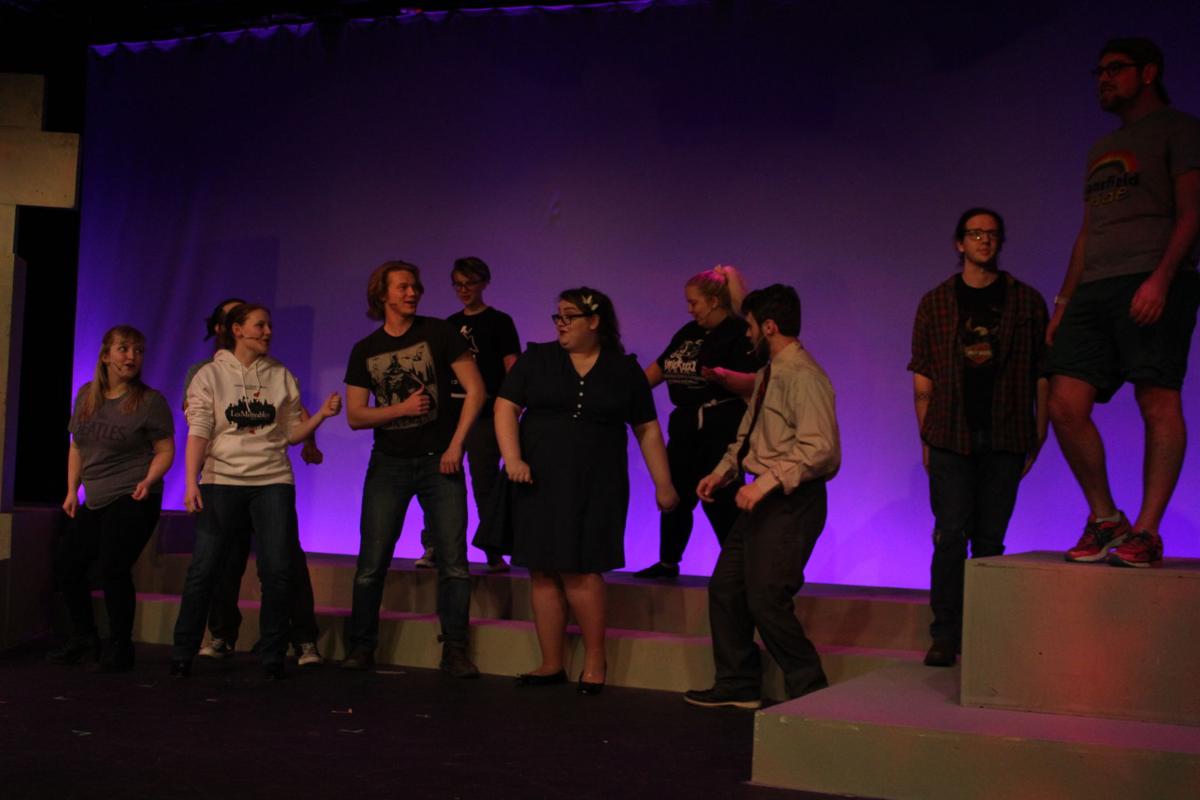 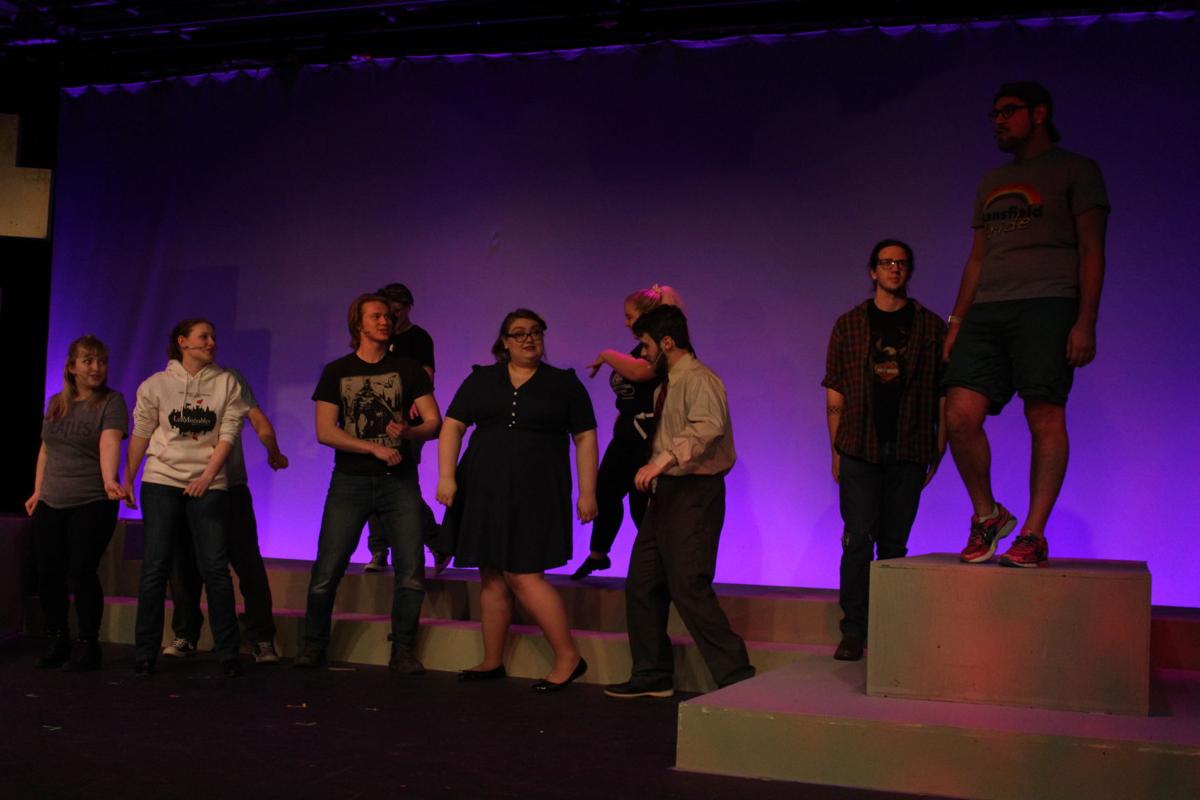 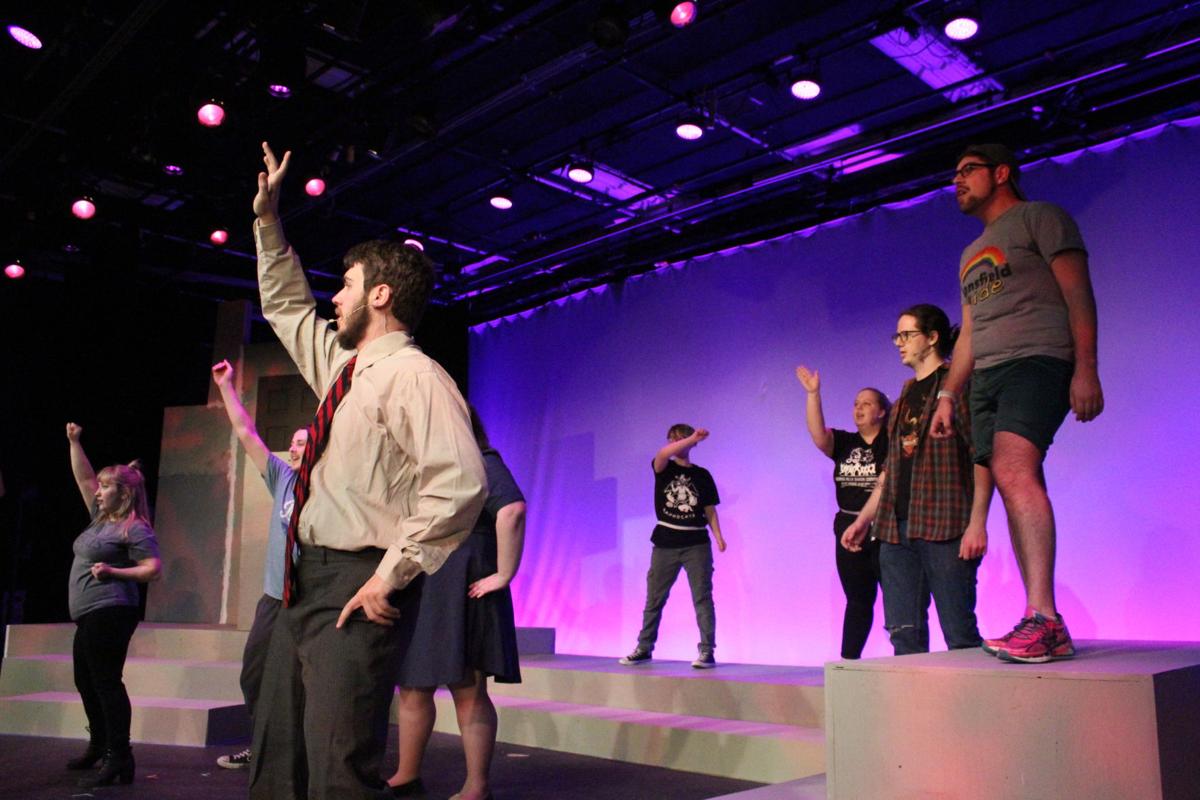 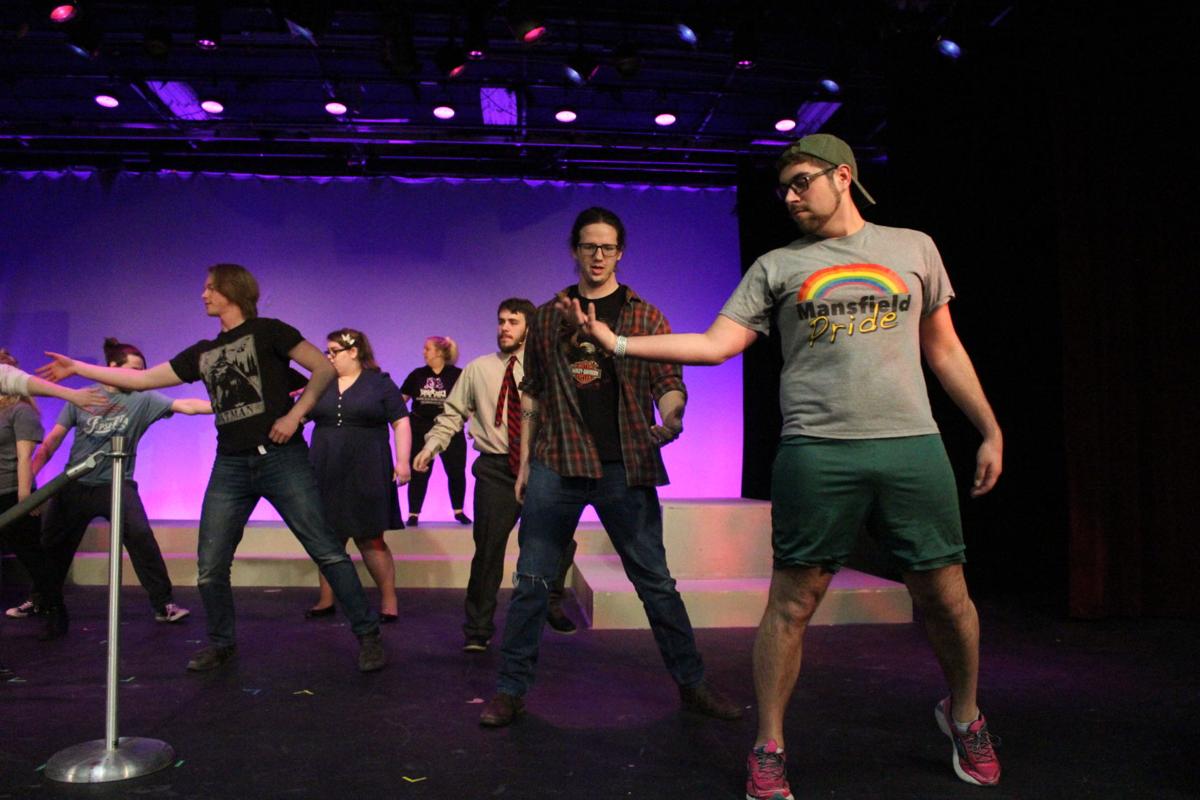 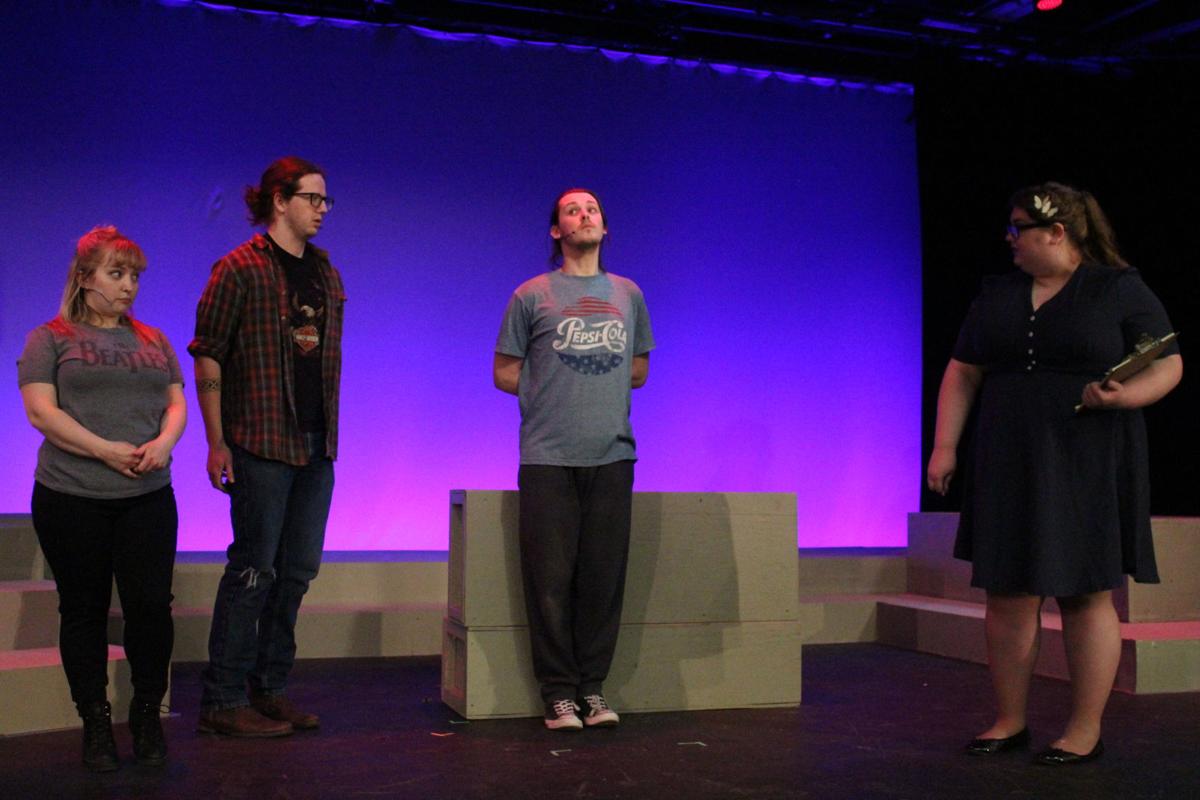 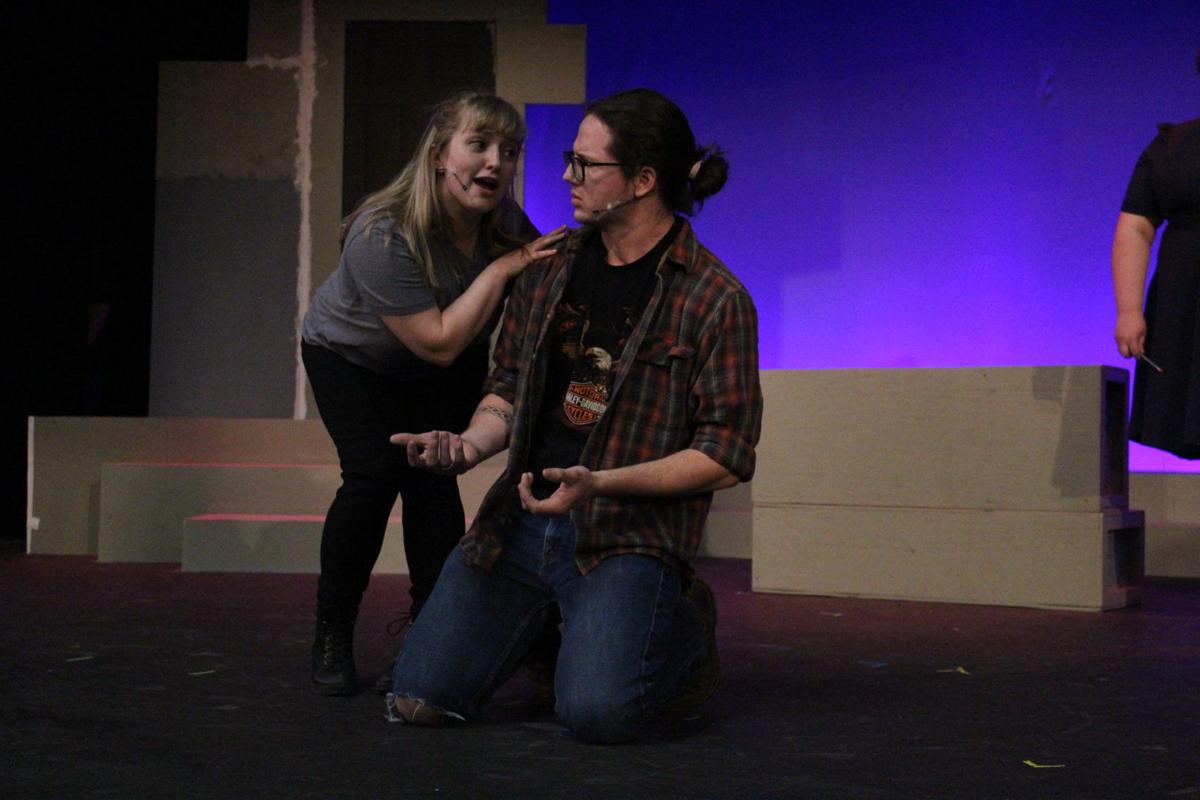 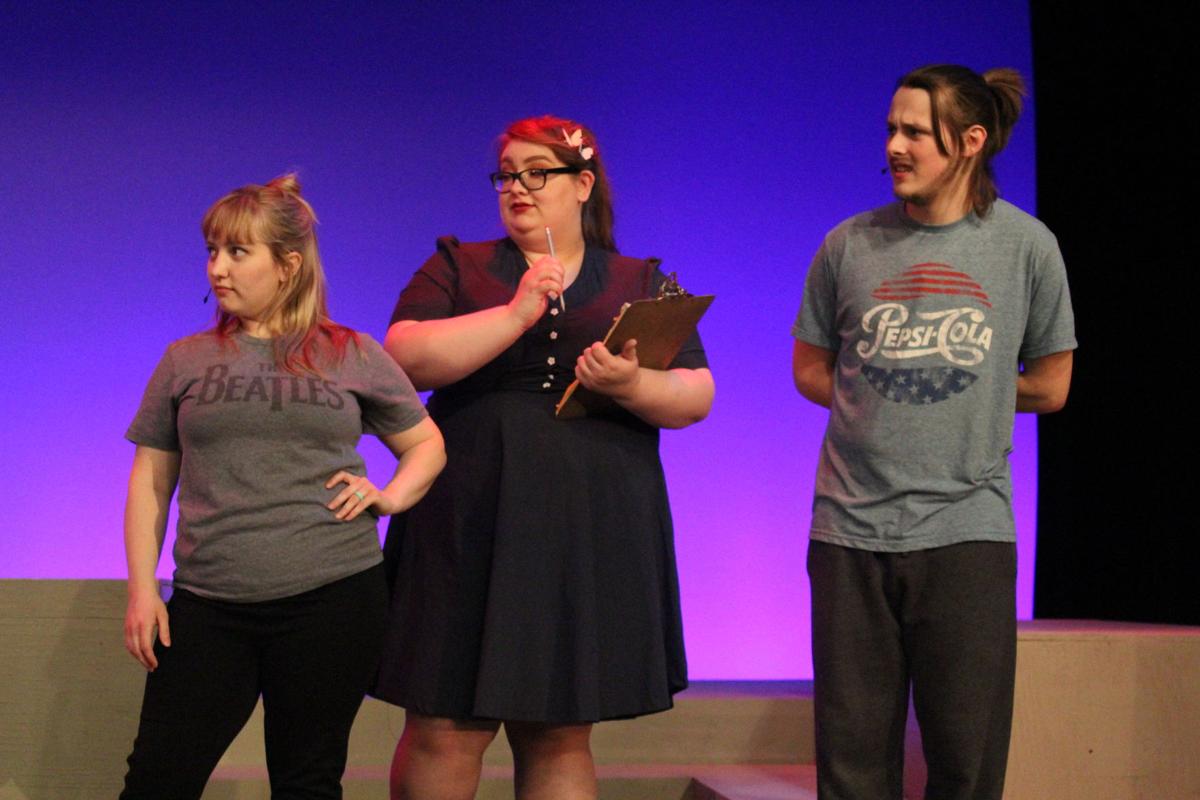 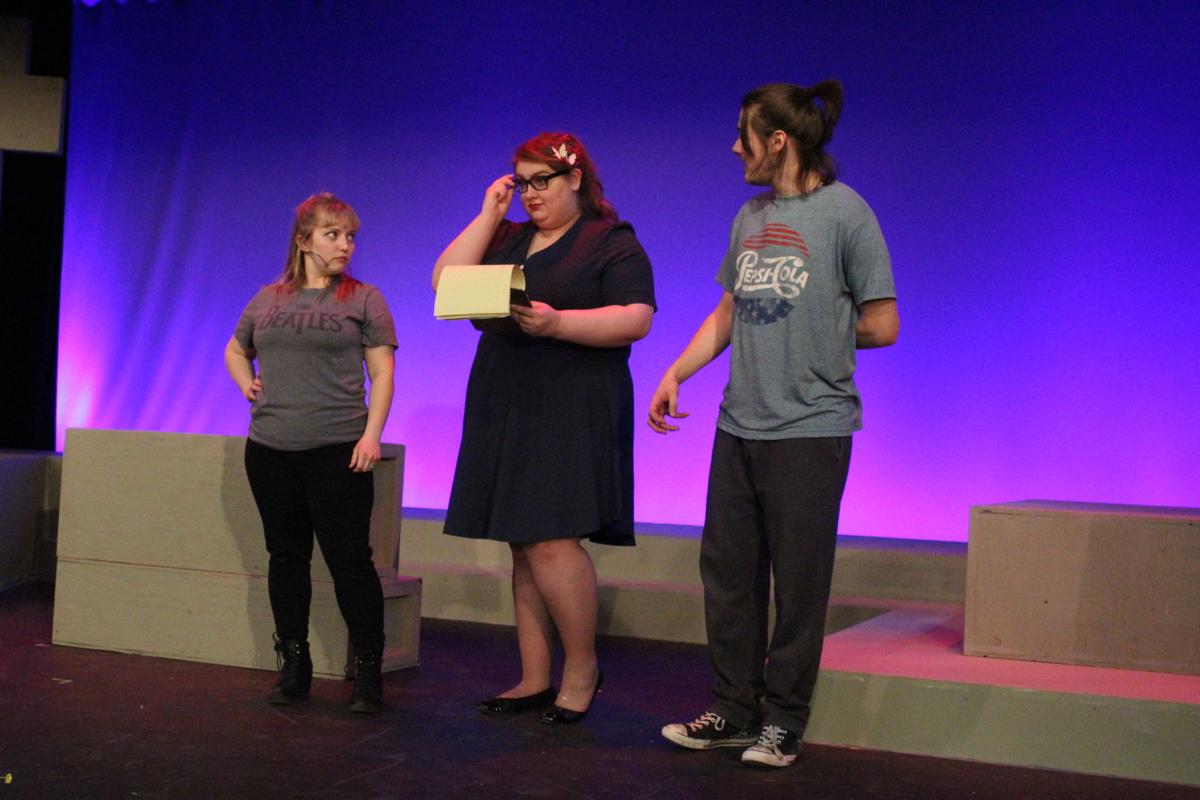 GALLERY: "Back to the Divine Comedy"

“Back to the Divine Comedy" is a modern style musical based on Dante Alighieri’s narrative poem, the “Divine Comedy.” The musical was created by Italians Paolo Caselli and Claudio Caselli, who describe the work as “a bit of musical, a bit of rock opera.”

The Casellis contacted a number of American universities last year, inquiring if anyone would be interested in helping them produce an English-language version for an American audience.

Joseph Fahey, associate professor and director of theater at OSU Mansfield, jumped at the opportunity.

“The fact that we could have an international collaboration was very exciting, not just for the campus, but for the Mansfield area as well,” he said.

The Casellis worked remotely with a group of OSU students, alumni and community artists to create an English language version of the show fit for an American audience. After multiple rounds of edits, the group settled on a final version in December.

“It’s really been a lengthy collaboration and a very generous one,” Fahey said.

In the Casellis’ reimagining of the Divine Comedy, a modern Dante travels through the realms of the afterlife in an effort to bring his dead wife back to the land of the living.

“It’s a good script. It’s fun. It tries to honor the original work but it makes it very contemporary," Fahey said. “It’s kind of a combination of a couple mythic stories that are woven into that but it’s really a love story in the way they’ve written it."

Ethan Chapman, who plays Dante, described the character as a “workaholic” who grows and evolves over the course of the story.

While it may be based on a centuries old poem, Fahey believes the tale is very relatable to a modern audience.

“Dante goes into the afterlife in part because he has not been focused on (his wife, Bea),” Fahey explained. “He has unresolved issues with her and he’s gone back to sort of make things right, and so that will appeal to the audience as kind of a second chance love story.

“(Dante) has several characters that he encounters that have lived a misguided life and so they’re trying to teach him where his priorities should be. We’re all struggling with work, we’re all overwhelmed, we all sometimes neglect the people that we should be paying more attention to.”

Nevertheless, the cast promises that the show isn’t too heavy.

“It finds its balance between comedy and the real emotion of the original works,” Chapman said.

The music ranges in style from rock, pop, gospel and K Pop.

“I’ve never performed music like it before,” Chapman said. “It’s got something for everyone. The music in every level of the afterlife is different.”