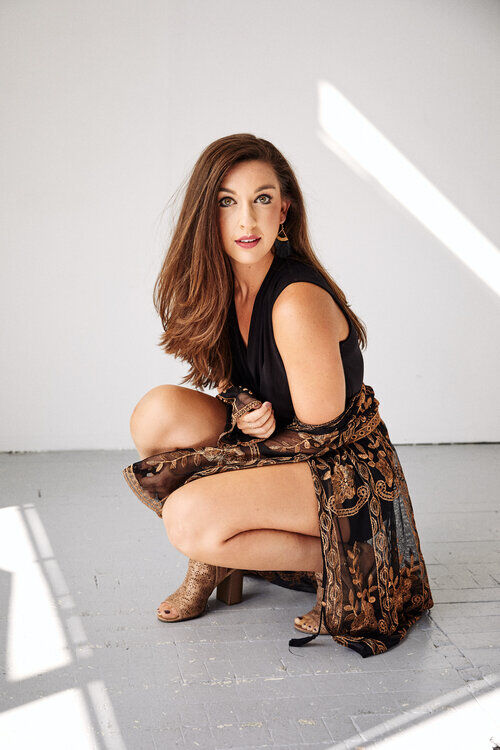 Brianna Barnes, a Mansfield native now based in New York City, will perform in concert Friday at 8 p.m. at the Mansfield Playhouse. (Submitted photo) 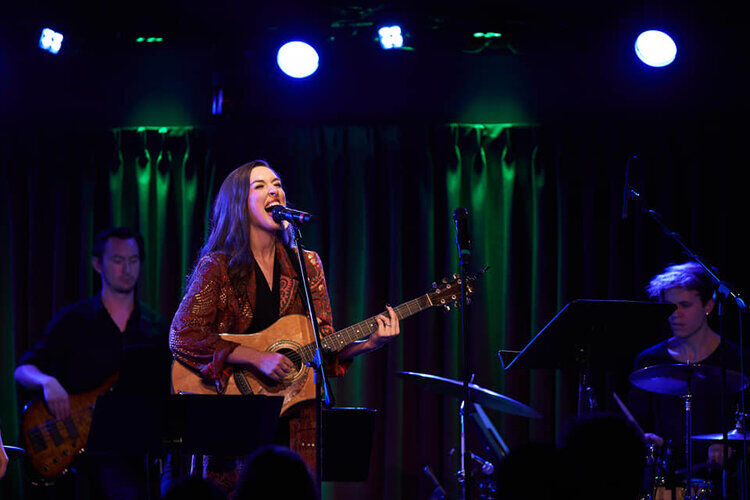 Brianna Barnes returns to the stage of the Mansfield Playhouse on Friday, a venue where she performed in countless productions as a youth. (Submitted photo) 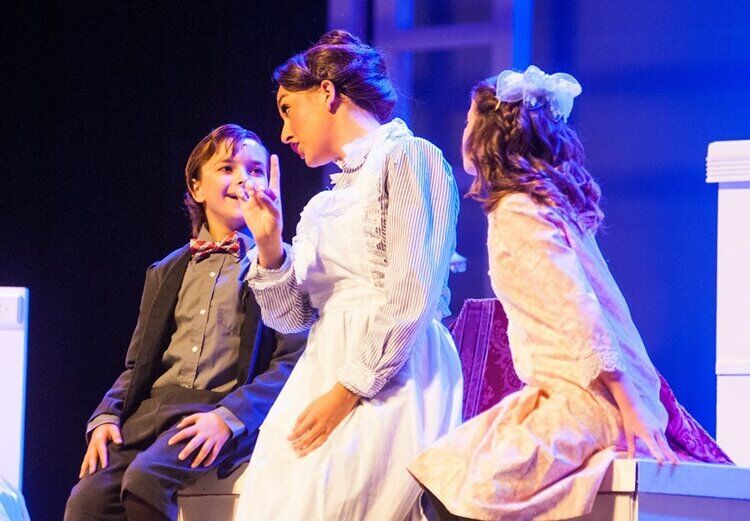 Brianna Barnes is seen here portraying Mary Poppins during a stage production in Mansfield at The Renaissance Theatre. (Submitted photo) 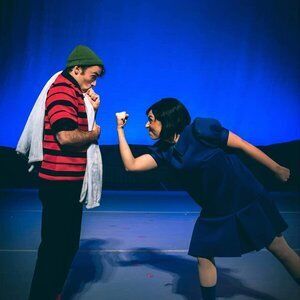 MANSFIELD -- Brianna Barnes admits she got a little teary-eyed Tuesday when she walked into the back entrance of the Mansfield Playhouse.

"They have completely renovated the auditorium and it looks amazing. But the downstairs ... where I walked in ... it looks exactly the same as it did when I performed there," Barnes said Wednesday.

"I was super emotional thinking of all those memories. It was such a special place to grow as an artist, gaining confidence, building the ability to work together as a team with other kids.

"It's so formative what community theater does for kids."

Now a New York City-based performer, the 27-year-old Mansfield Christian graduate returns to the Playhouse stage Friday night for a "two-act" concert at 8:15 p.m., a concert that will include popular Broadway show tunes in the first act and her own original music in the second.

Tickets are $15 and are available at www.mansfieldplayhouse.com or by calling the box office at 419-522-2883 from 1 to 6 p.m. and beginning one hour before the concert Friday.

Doug Wertz, the Playhouse artistic director, is thrilled to have Barnes back on the local stage.

"It is always exciting when veterans of the Playhouse return to share their success stories and their now professional talents to our stage," he said.

"Our venue is a great space of intimacy for artists that don't prefer amp stacks and the chaos of large crowds."

Barnes and her family moved to Mansfield from Florida when she was 11. Though her family was "super musical," she said no one had tried acting.

"There was an ad in the newspaper about auditions for a children's show at the Mansfield Playhouse," she said. "My parents thought it would be a good way to make friends, so I auditioned."

The show was "Winnie the Pooh" and Barnes was cast as Rabbit. A performance seed was planted that has fully blossomed 16 years later.

"I love the idea of story-telling through the mediums of song, dance and acting," Barnes said.

She performed constantly at the Playhouse and also at The Renaissance Theatre in the next few years.

After graduating from MCS in 2012, Barnes said she was privileged to be selected for the University of Cincinnati’s College-Conservatory of Music, returning home during breaks and joining local musical casts.

"Probably the last thing anyone in Mansfield saw me in was 'Mary Poppins' at The Ren, maybe in 2014," she said.

With Ohio a few steps ahead of New York in terms of reopening from the COVID-19 pandemic this year, Barnes reached out to Wertz to see if she could indeed come home again.

"I love coming back into a theater space and, my goodness, the Mansfield Playhouse is a perfect space for this. I am so appreciative for this opportunity."

The newly renovated Playhouse auditorium is a natural draw, according to Wertz.

"With the grand re-opening of the Playhouse, it offers the organization to not only highlight our own success stories of inspirational artists, but to expand our horizons in sharing this space to nationally touring artists that appreciate our space and hospitality," he said.

Barnes won't be the last such event. The Playhouse is welcoming singer/songwriter Shawn Mullins on Nov. 6.

"We are trying to grow into a more diverse venue for the performing arts and see many possibilities for the future," Wertz said.

After graduation from college, Barnes moved to New York City to purse a career on Broadway. She continued to pursue multiple creative avenues, from performing in regional productions to write and producing her own theatrical works.

"I believe you can do it all," she said when asked her creative preference. "Singing. Songwriting. Acting. There are certain things that can take the driver's seat at any one time, but I have always enjoyed wearing multiple hats.

"I love New York (but) it's very competitive in New York ... so cutthroat. It's a blessing to have a variety of creative things you can do," said Barnes, who used the COVID-19 downtime to record an album of her own original music.

"Hierophanies" features eight songs written and sung by Barnes. She has described her style as a cross between folk rock and singer-songwriter, with a little bit of Americana thrown in.

Previously, her original musical “Let There Be Light” debuted in 2016. Two years later, it garnered awards for Best Musical and Best Score at The New York Theatre Festival. She joined her first national tour that same year, portraying Lucy in "A Charlie Brown Christmas."

In addition to her "mini-tour" of Ohio and adjoining states, Barnes was recently hired as composer/lyricist for a new musical, "Rathskeller," scheduled to open at the Ohio Theater in New York City in September.

"That is taking a lot of my time right now and is paying the bills," she said. "It's a bucket list item for me to be paid as a composer/lyricist."

She and her husband of five years, Dylan Nourse, live in Washington Heights, a neighborhood in the uppermost part of Manhattan.

"We love exploring it together. We are super active in our church. We play volleyball. I love to bake. I have learned so many new hobbies during the pandemic," she said, laughing.

"New York City is opening up again. Broadway is back in September. I will be hitting the audition circuit again, while continuing to do live concerts.

"I think the audience on Friday at the Playhouse is going to see a great contrast between the two acts -- show tunes and my own songs. It really is a show for all ages," she said.