The duo began their journey back to Florida following completion of their 11-month rehabilitation after being rescued as orphans off the coast of Florida. 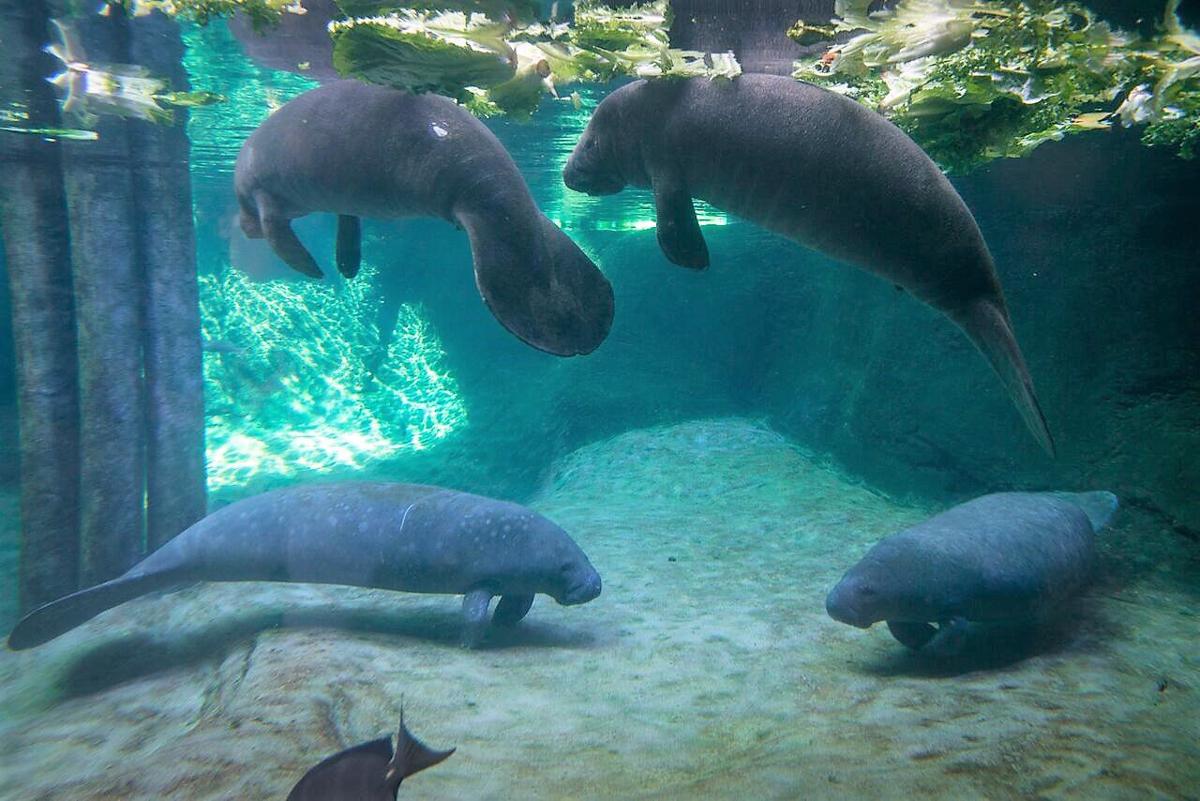 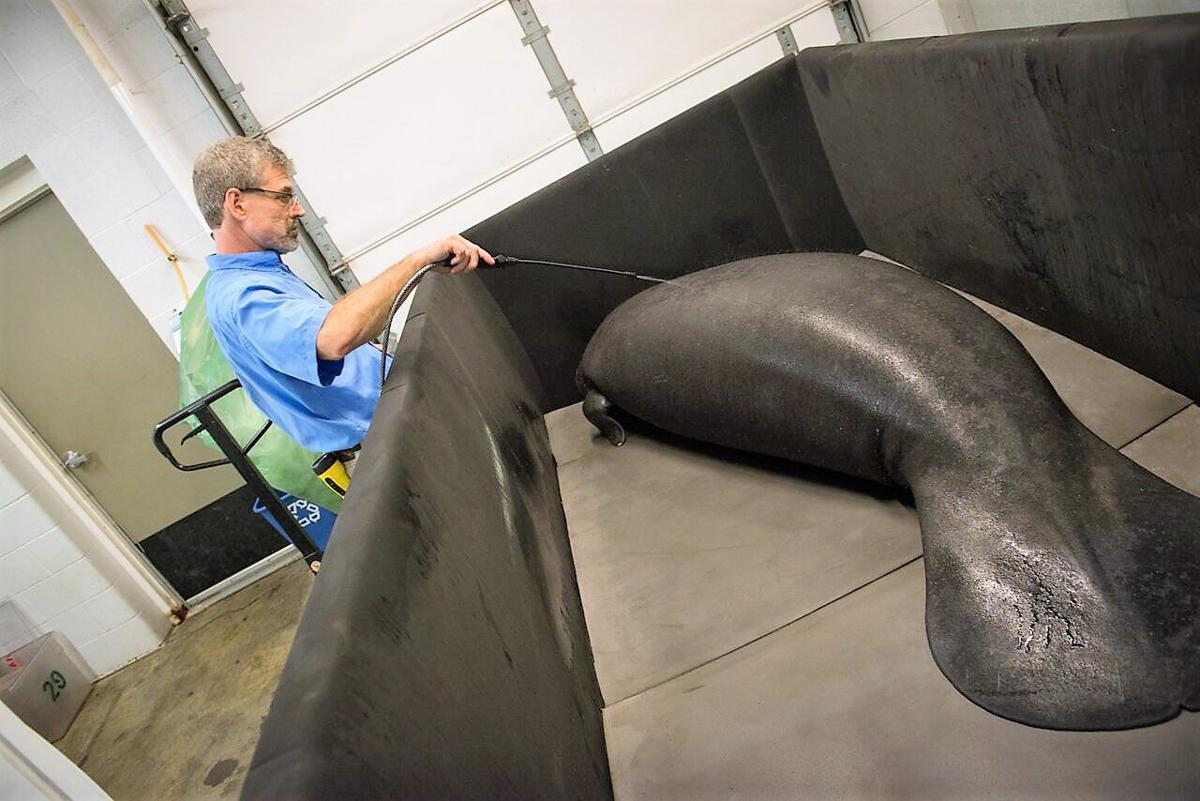 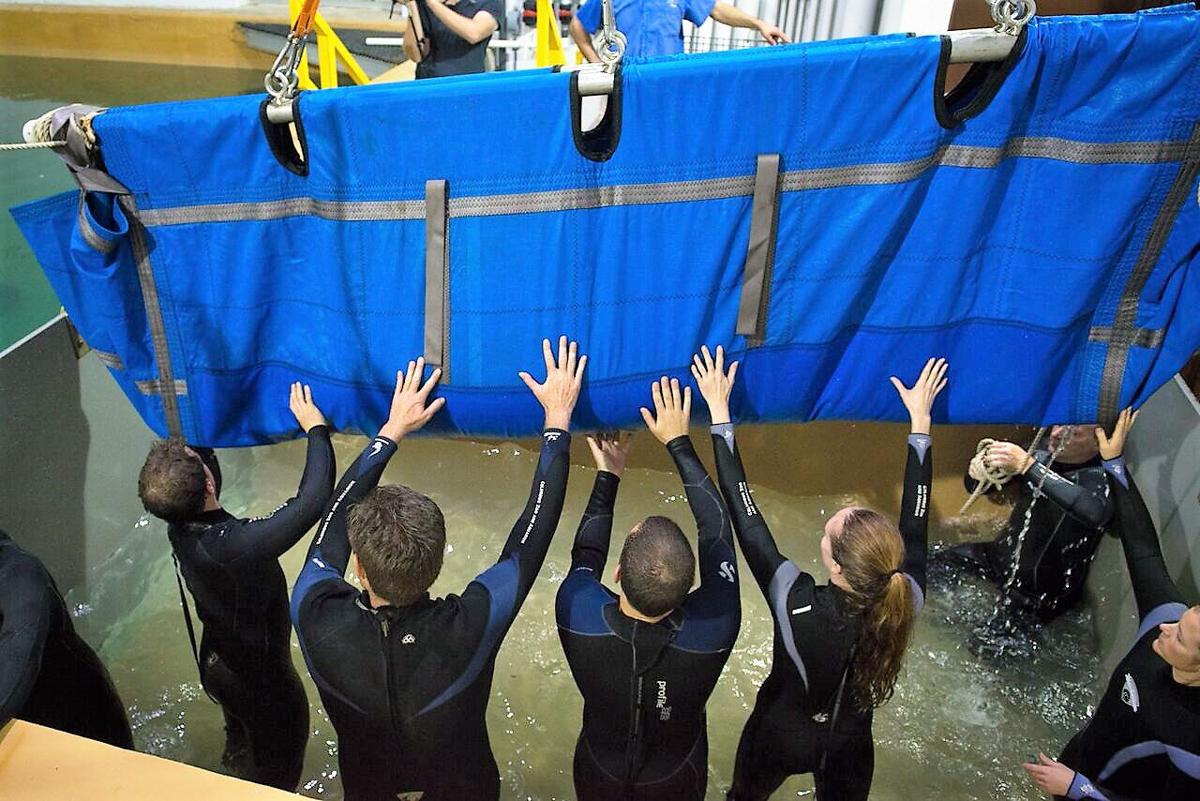 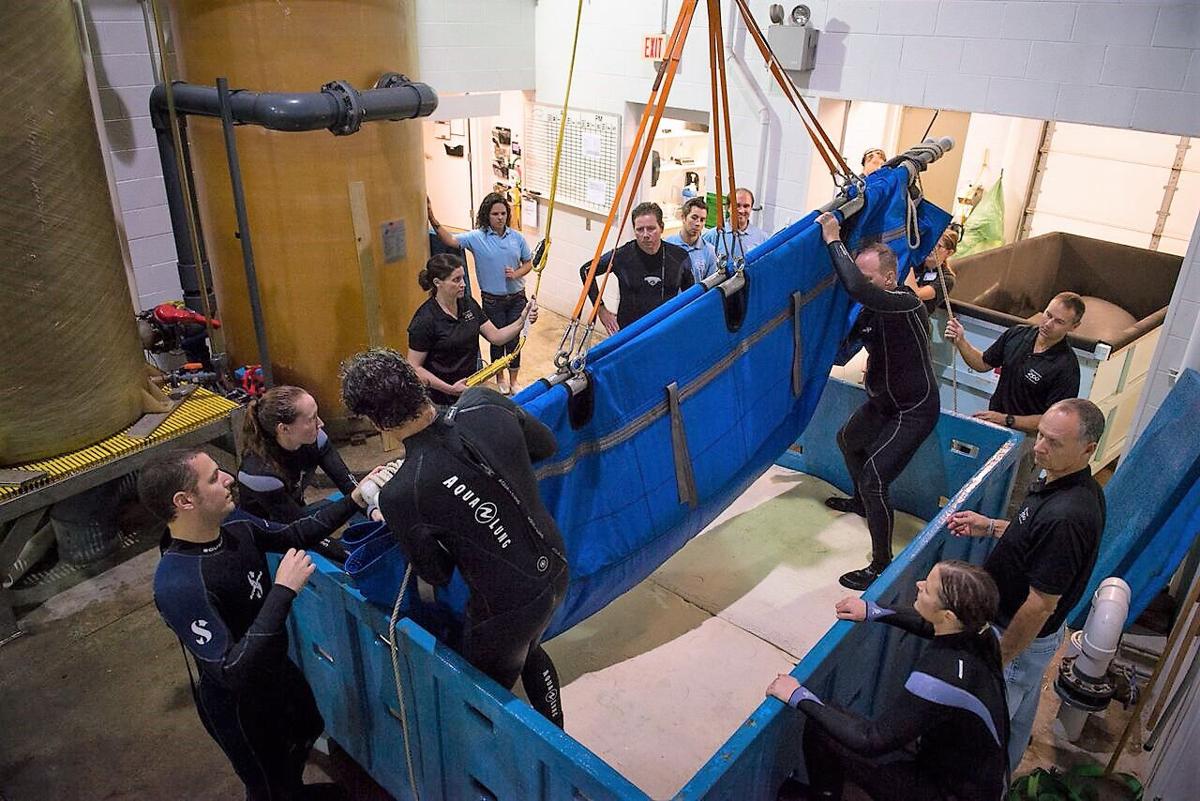 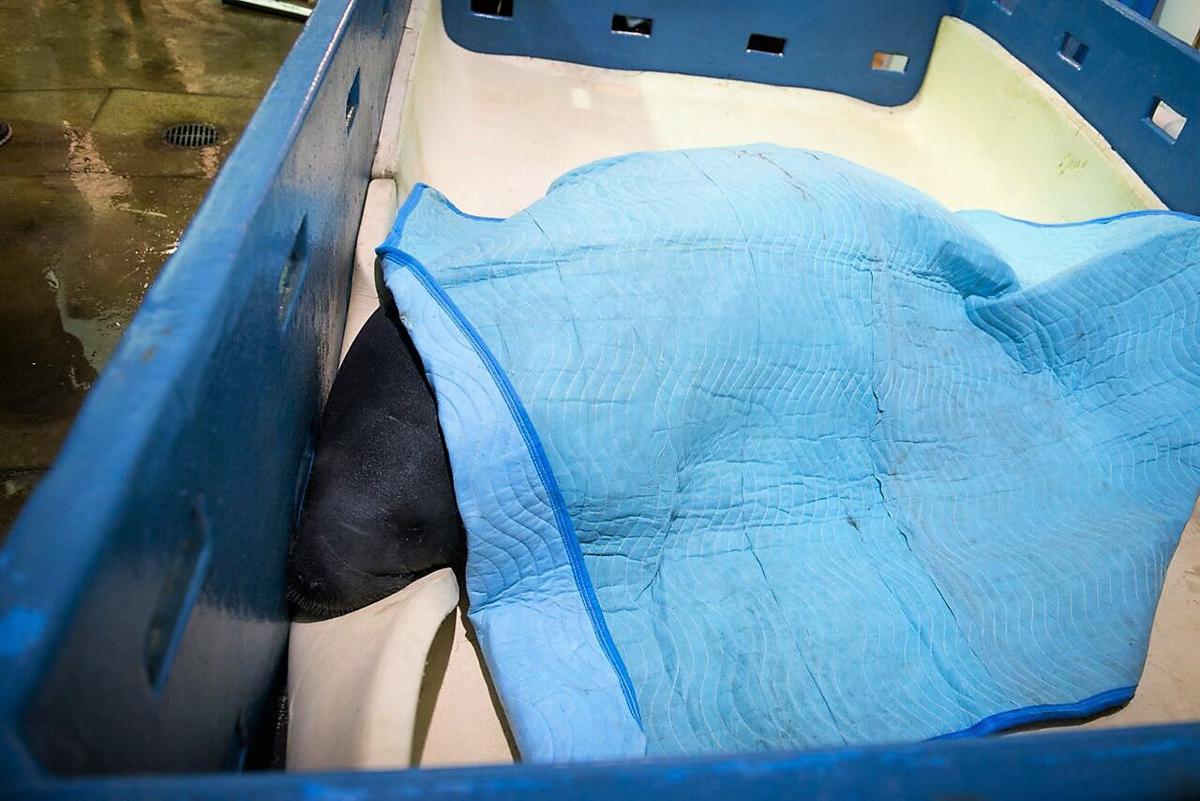 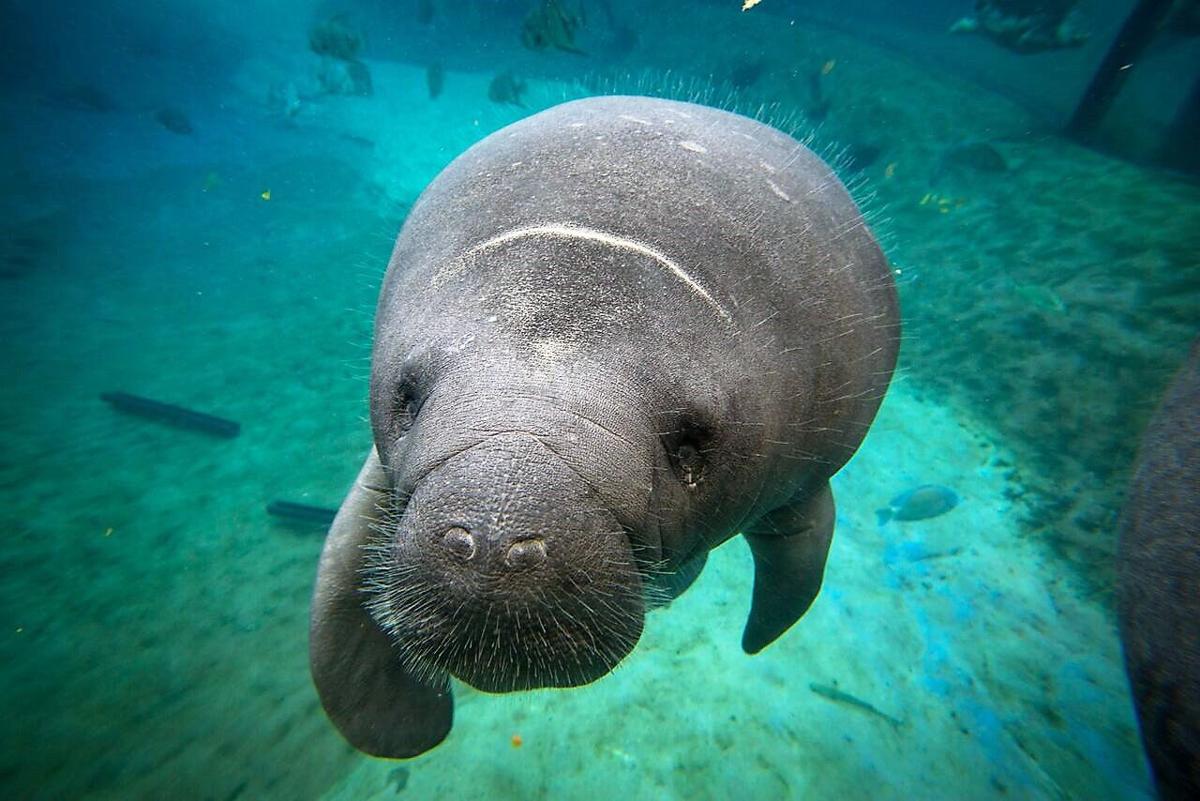 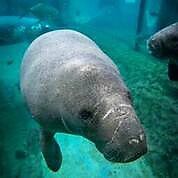 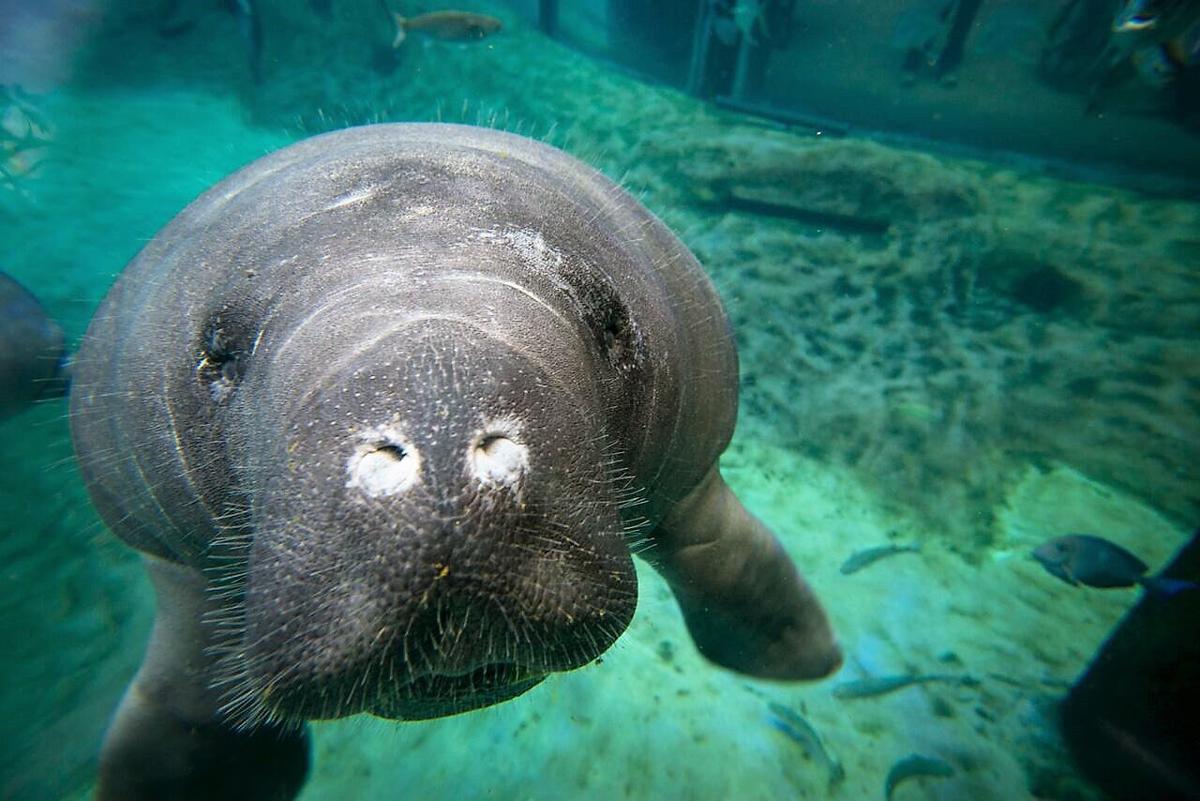 Jedi was rescued in March 2016 from Stuart Canal, while Junebug was rescued from Outer Clam Bay in Naples in June 2015. Since their initial arrival in Columbus in November 2016, both manatees have grown into strong, independent manatees.

Both Jedi and Junebug traveled from Columbus with a member of the animal care team and one of the Zoo’s staff veterinarians to the Miami Seaquarium, where they will complete their final preparations to be released back to the areas from which where they were initially rescued.

They arrived at the Aquarium Tuesday morning, and the manatees are doing well.

“Each manatee is incredibly special to us," said Becky Ellsworth, Shores region curator. "While it’s a bittersweet moment to say goodbye, more than anything, we are always thrilled as they enter the final stages of preparations for returning to their native range.

"It’s a great testament to the success of this collaborative program benefiting the lives of individual animals like Jedi and Junebug and their species, and we’re proud to continue caring for other manatees in need of our assistance.”

The Zoo recently welcomed another manatee for rehabilitation. On Sept. 29, 2017, 18-month-old female manatee, Agua, arrived at the Columbus Zoo from Tampa’s Lowry Park Zoo after being in their care for a little over a year.

Agua and her mother were brought to Tampa’s Lowry Park Zoo on June 24, 2016 after her mother was struck by a boat near Clearwater, Florida. Unfortunately, Agua’s mother succumbed to her serious injuries on Aug. 12, 2016. After receiving care in Florida and her condition was stabilized, Agua moved to Columbus to continue her rehabilitation journey and eventual release to Florida waters.

Currently, the Columbus Zoo is caring for four manatees: Agua, twins Millennium and Falcon, and long-term resident, Stubby. Due to the extensive injuries she received from a boat strike, Stubby would not survive if she returned to her native range. Instead, she has often assumed the role of a surrogate mother looking after the other manatees and was the first to greet Agua during her introduction to the Zoo’s Manatee Coast habitat.

As part of the Manatee Rescue & Rehabilitation Partnership (MRP), the Columbus Zoo and Aquarium is a second stage rehabilitation facility that provides a temporary home for manatees until they are ready for release back to the wild.

The MRP is a cooperative group of non-profit, private, state, and federal entities who work together to monitor the health and survival of rehabilitated and released manatees.

Information about manatees currently being tracked is available at www.wildtracks.org. The Columbus Zoo and Aquarium was the first program partner outside of the state of Florida and is one of only two facilities outside of Florida to care for manatees.

The threatened Florida manatee is at risk from both natural and man-made causes of injury and mortality, including exposure to red tide, cold stress, disease, boat strikes, crushing by flood gates or locks, and entanglement in or ingestion of fishing gear.

The Columbus Zoo and Aquarium supports field conservation projects for three of four living species of manatees through its Conservation Fund. Providing grants to researchers on three continents (North America, South America and Africa), the Zoo contributes to rescue and rehabilitation in Florida, environmental education focused on the Amazonian manatee in Colombia, and critical population surveys for the least known species: the West African manatee.

About the Columbus Zoo and Aquarium

Home to more than 10,000 animals representing over 600 species from around the globe, the Columbus Zoo and Aquarium leads and inspires by connecting people and wildlife. The Zoo complex is a recreational and education destination that includes the 22-acre Zoombezi Bay water park and 18-hole Safari Golf Course. The Columbus Zoo and Aquarium also operates The Wilds, a 10,000-acre conservation center and safari park located in southeastern Ohio. The Zoo is a regional attraction with global impact; annually contributing more than $4 million of privately raised funds to support conservation projects worldwide. A 501(c)(3) nonprofit organization, the Columbus Zoo has earned Charity Navigator’s prestigious 4-star rating.