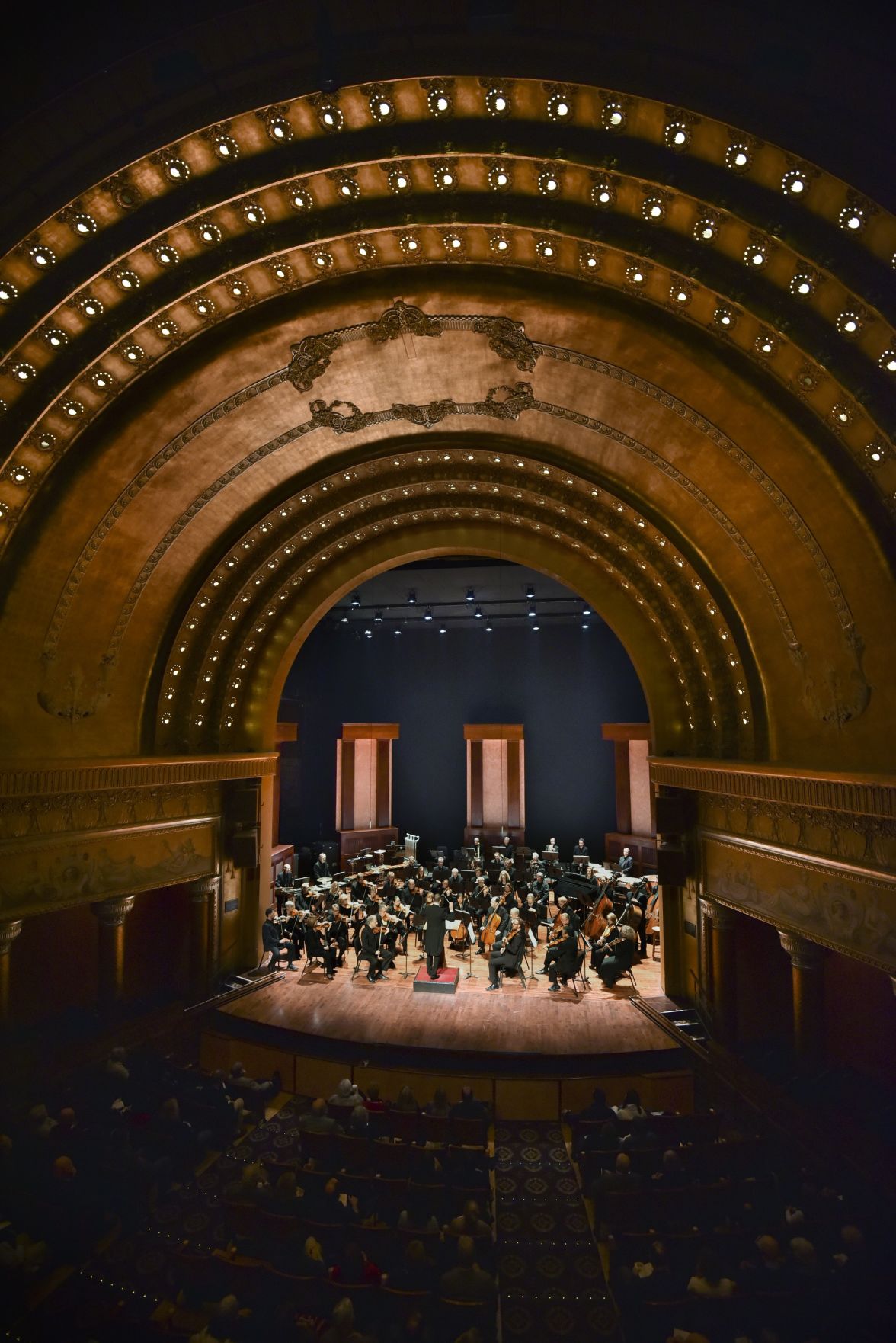 The Columbus Symphony Orchestra at the Southern Theater. 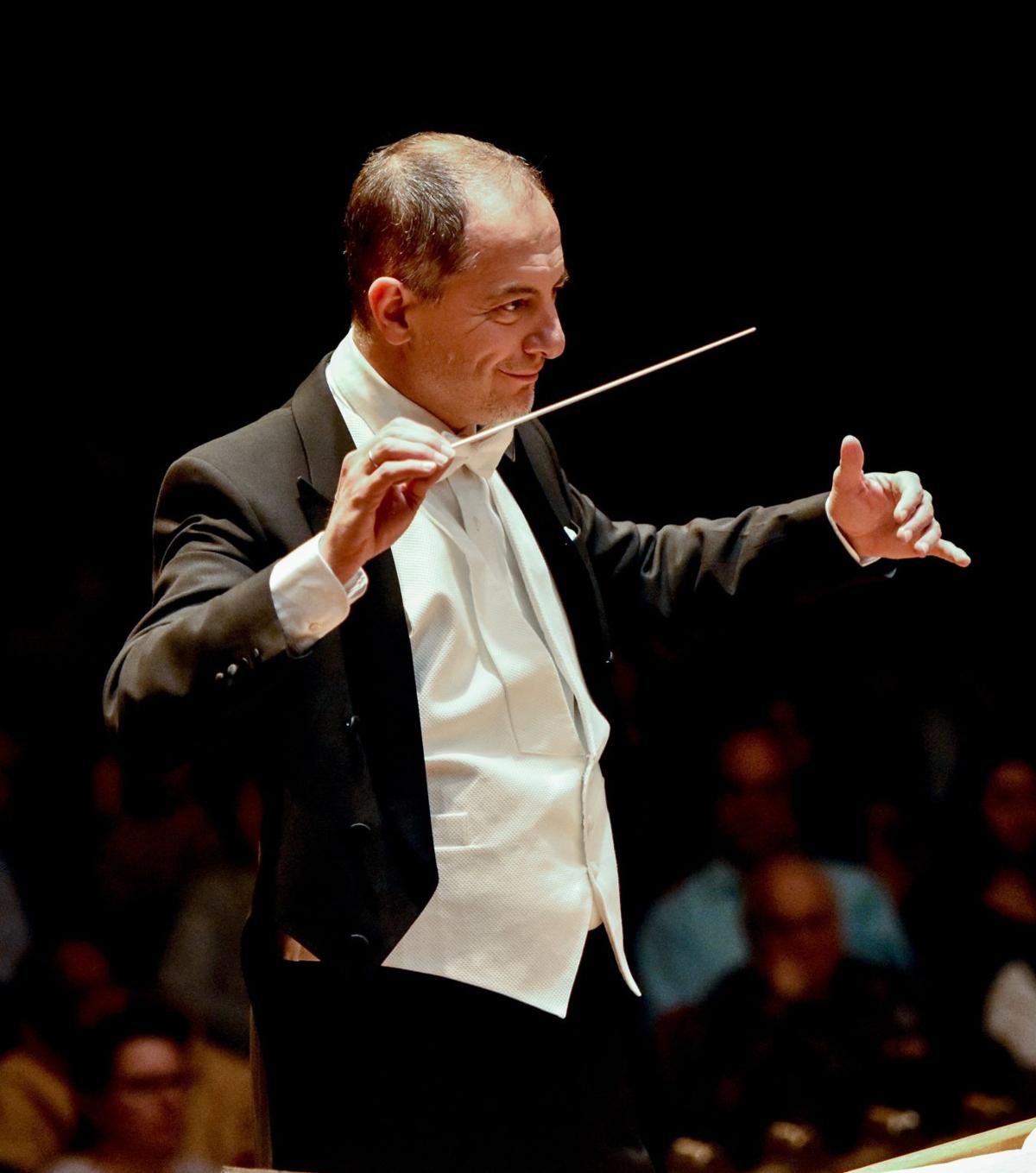 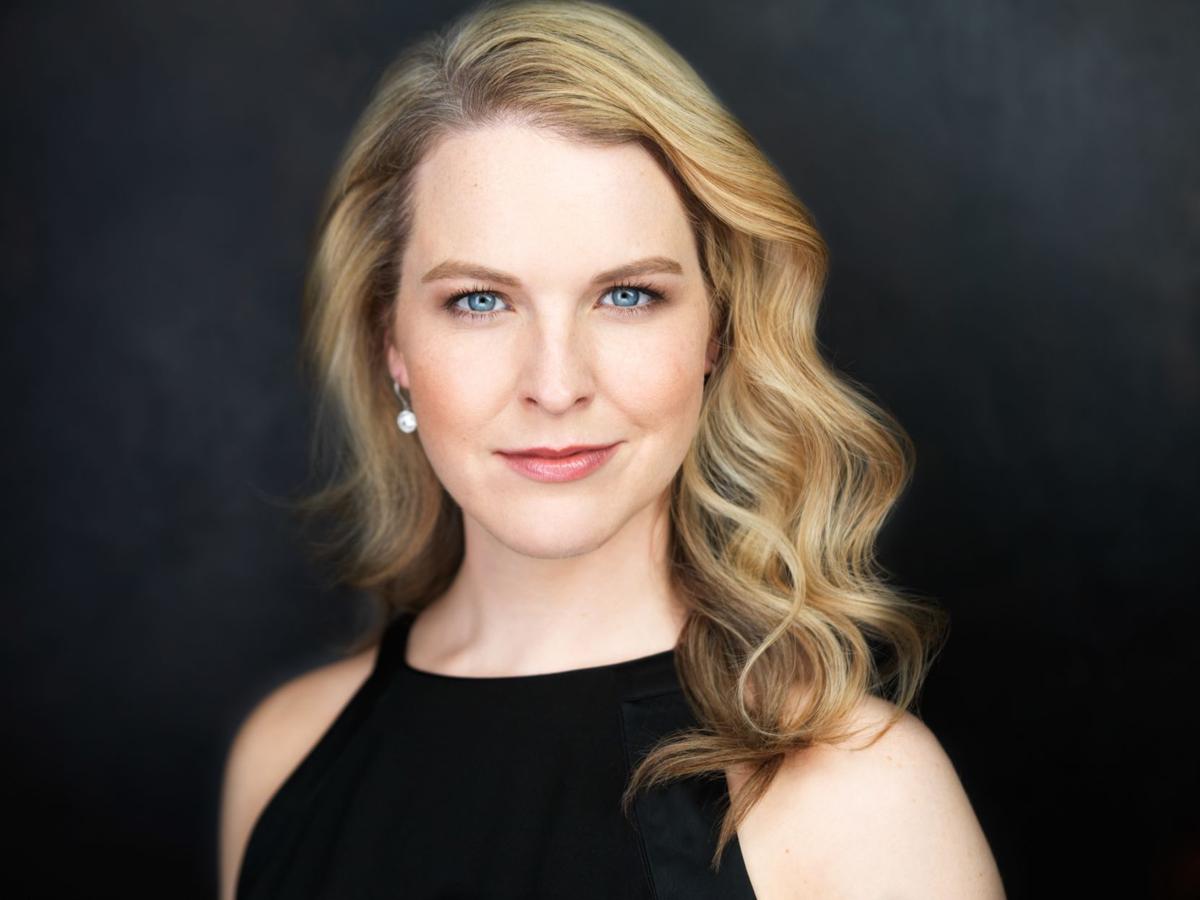 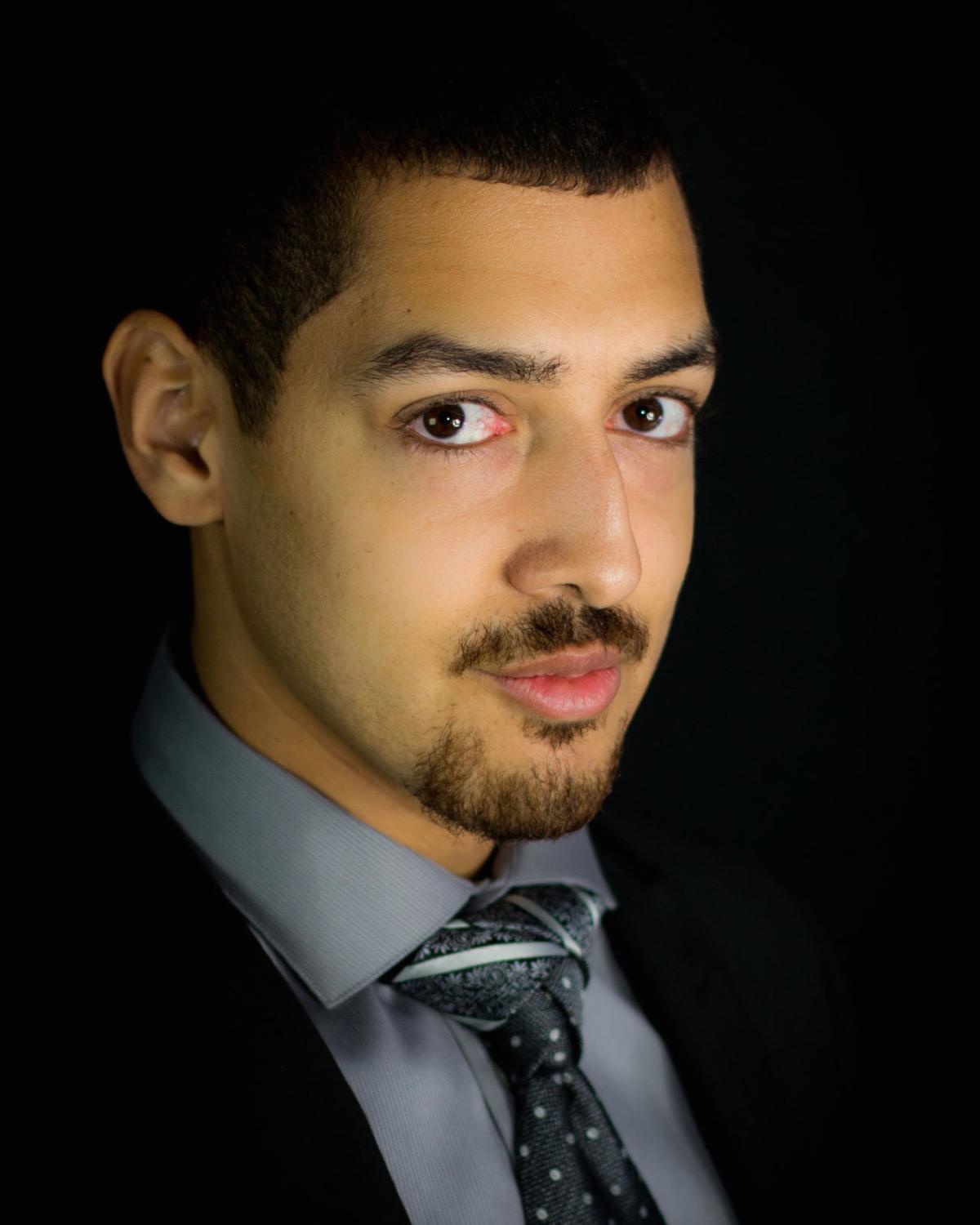 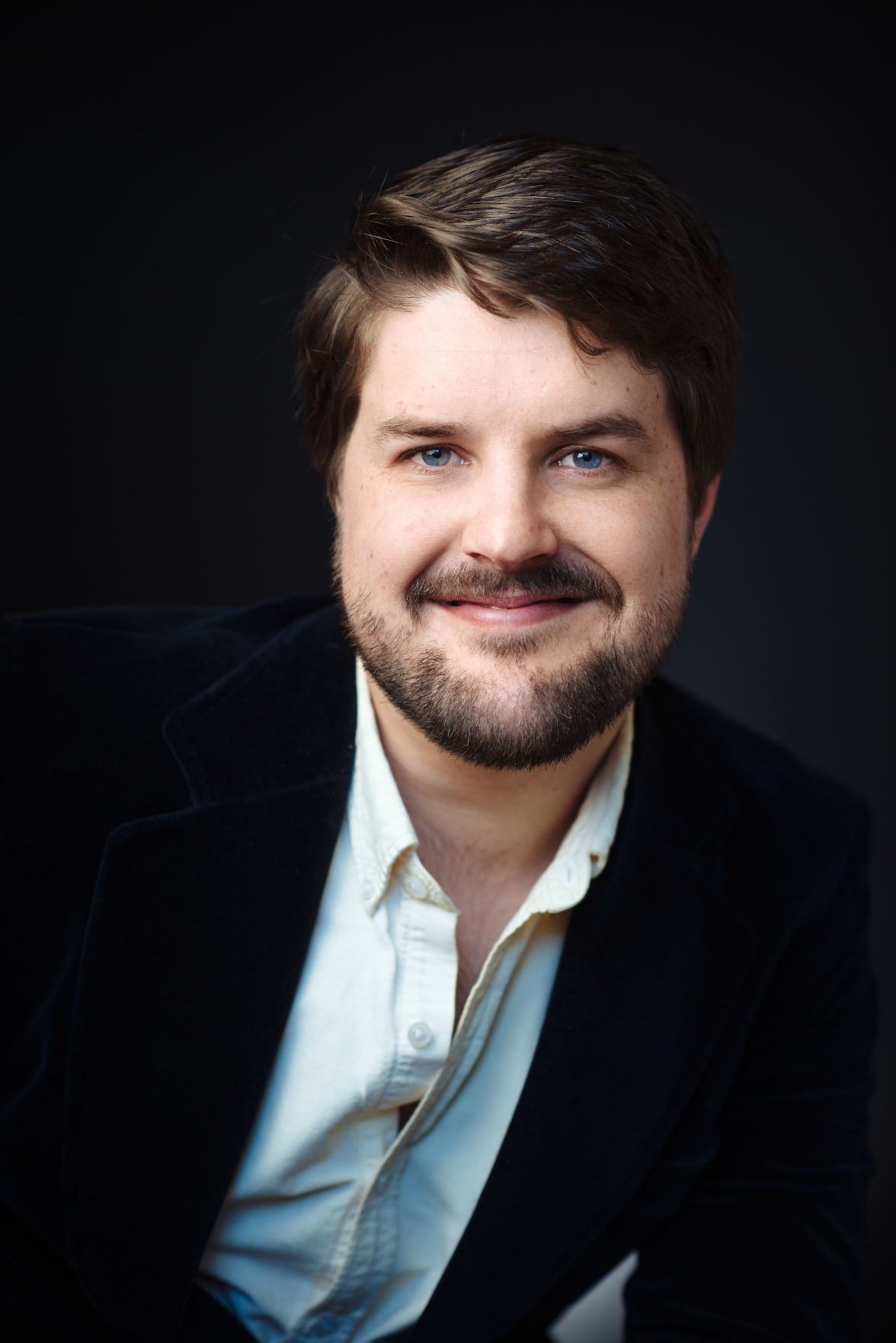 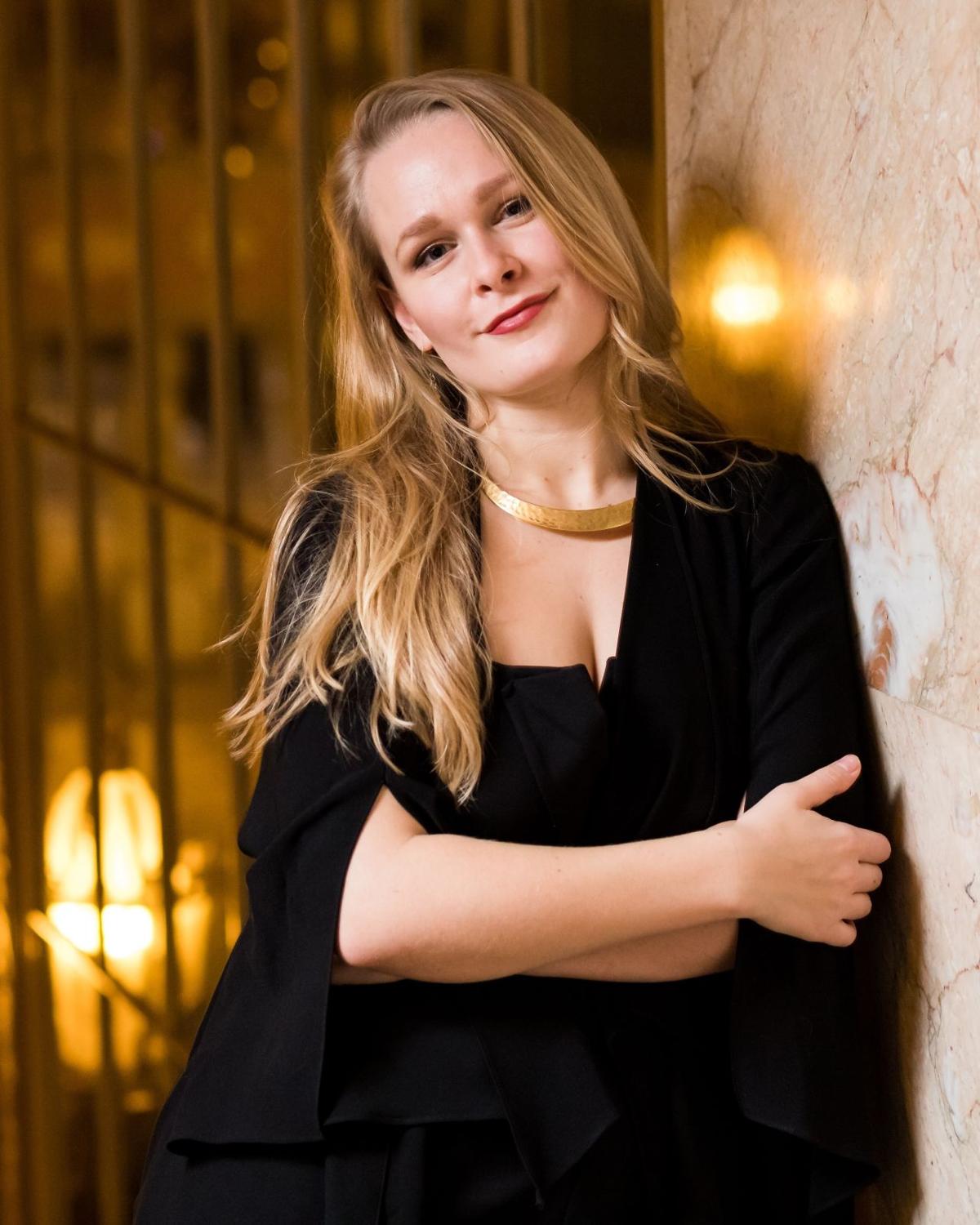 COLUMBUS -- Music Director Rossen Milanov, the musicians of the Columbus Symphony, the Columbus Symphony Chorus, and a host of guest vocalists come together to perform Handel’s deeply spiritual oratorio, Messiah, in its entirety for an unforgettable concert experience at the intimate Southern Theatre.

The CAPA Ticket Center will also be open two hours prior to each performance.

Milanov has established himself as a conductor with considerable national and international presence. He recently completed a seven-year tenure as music director of the Orquesta Sinfónica del Principado de Asturias (OSPA) in Spain. Nationally, he has appeared with the Colorado, Detroit, Indianapolis, Milwaukee, Baltimore, Seattle, and Fort Worth symphonies, National Symphony Orchestra at the Kennedy Center, Link-Up education projects with Carnegie Hall and the Orchestra of St. Luke’s, and with the Civic Orchestra in Chicago.

Milanov has collaborated with some of the world’s preeminent artists, including Yo-Yo Ma, Itzhak Perlman, Joshua Bell, Midori, Christian Tetzlaff, and André Watts. During his 11-year tenure with the Philadelphia Orchestra, Milanov conducted more than 200 performances. In 2015, he completed a 15-year tenure as music director of the nationally recognized training orchestra Symphony in C in New Jersey, and in 2013, a 17-year tenure with the New Symphony Orchestra in his native city of Sofia, Bulgaria. His passion for new music has resulted in numerous world premieres of works by composers such as Derek Bermel, Mason Bates, Caroline Shaw, Phillip Glass, Richard Danielpour, Nicolas Maw, and Gabriel Prokofiev, among others.

Noted for his versatility, Milanov is also a welcomed presence in the worlds of opera and ballet. He has collaborated with Komische Oper Berlin (Shostakovich’s Lady Macbeth of Mtzensk), Opera Oviedo (Spanish premiere of Tchaikovsky’s Mazzepa and Bartok’s Bluebeard’s Castle - awarded best Spanish production for 2015), and Opera Columbus (Verdi’s La Traviata).

An experienced ballet conductor, he has been seen at New York City Ballet and collaborated with some of the best-known choreographers of our time such Mats Ek, Benjamin Millepied, and most recently, Alexei Ratmansky in the critically acclaimed revival of Swan Lake in Zurich with the Zurich Ballet and in Paris with La Scala Ballet.

Milanov was recipient of an Arts Prize by The Columbus Foundation. Under his leadership, the Columbus Symphony has expanded its reach by connecting original programing with community-wide initiatives such as focusing on women composers, nature conservancy, presenting original festivals, and supporting and commissioning new music.

In Princeton, he celebrated his tenth anniversary as music director, and under his leadership, the orchestra has established an excellent artistic reputation and has been recognized for its innovation and vital role in the community.

Milanov studied conducting at the Curtis Institute of Music and the Juilliard School, where he received the Bruno Walter Memorial Scholarship.

A passionate chef, he often dedicates his culinary talents to various charities.

About the Columbus Symphony Chorus

The Columbus Symphony Chorus, now beginning its 60th season, continues to excel under the direction of Chorus Director Ronald J. Jenkins. Under his leadership for 36 years, the Chorus has grown both in the quality of its performances and in the diversity of its classical repertoire. The 130-member Chorus, comprised entirely of volunteer singers from central Ohio, performs major works from Bach through the 21st century.

Soprano Abigail Rethwisch stepped in on less than two hours’ notice in March 2017 to sing the title role of Lucia di Lammermoor for the entire run of Utah Opera’s production thrilling audiences with “her command of bel canto technique and riveting dramatic talent” (Opera News).

During the 2019-20 season, Rethwisch makes her Dallas Opera debut singing Papagena and covering Der Königin der Nacht in Die Zauberflöte, returns to Utah Opera in the role of Anna Sørensen in the Pulitzer Prize-winning Silent Night, and joins Fort Worth Opera to cover the roles of Musetta in La bohème and Adele in Die Fledermaus.

German-American mezzo-soprano Siena Licht Miller is rapidly establishing a name for herself in both opera and concert. The 2019-20 begins with a return to Opera Philadelphia as Katya in the world premiere of Venables’ Denis & Katya.

Additional engagements include a return to the Oregon Symphony for Beethoven Symphony No. 9, debuts with the Boise Philharmonic in Handel’s Messiah and the Charlotte Symphony for Beethoven’s Missa Solemnis. In addition to concert work, Miller is thrilled to join the Ravinia Festival in their 2020 American Recital tour, concluding in a performance with the Tucson Desert Song Festival.

New Zealand-born tenor Oliver Sewell started his vocal studies in Christchurch, New Zealand, before moving to Manhattan to complete a Master’s at Manhattan School of Music. He is currently a resident artist at the Academy of Vocal Arts in Philadelphia. He has performed as a soloist at the Lincoln Centre’s Alice Tully Hall and the Rose Theatre, and in Carnegie Hall.

Other highlights include performing Giannetto in La gazza ladra with Teatro Nuovo, Ferrando in Cosi fan tutte and Alfredo in La Traviata at the Academy of Vocal Arts, Mozart’s Mass in C Minor with Kent Tritle, with George Manahan performing Danceny in The Dangerous Liaisons and Tamino in Die Zauberflöte, plus playing Father Pirrone in scenes and workshop of Michael Dellaria’s upcoming opera The Leopard.

Acclaimed for his "voluminous" and "darkly lustrous" voice (South Florida Classical Review), Calvin Griffin just finished an exciting 2018-19 season, returning to the Florida Grand Opera to sing the title role in Le nozze di Figaro, singing Eddie in the Minnesota Opera's production of The Fix, debuting as a Filene Artist with Wolf Trap Opera where he sang both Bartolo in Il barbiere di Siviglia and Gomez in L'heure espagnole, and covered the role of Zuniga in the Dallas Opera's production of Carmen.

Upcoming, Griffin will debut at the Florentine Opera as Figaro in Le nozze di Figaro and make his Metropolitan Opera debut singing Brühlmann in Werther as well as covering Lesbo in Agrippina.

Handel was a German, later British, Baroque composer who spent the bulk of his career in London, becoming well-known for his operas, oratorios, anthems, and organ concertos. He received important training in Halle-upon-Saale and worked as a composer in Hamburg and Italy before settling in London in 1712, becoming a naturalized British subject in 1727. Handel was strongly influenced by the great composers of the Italian Baroque and the middle-German polyphonic choral tradition.

Messiah (HWV 56) was composed by Handel in 1741. It is an English-language oratorio with a scriptural text compiled by Charles Jennens from the King James Bible, and the version of “Psalms” included with the Book of Common Prayer. It was first performed in Dublin on April 13, 1742, and received its London premiere nearly a year later. After an initially modest public reception, it gained popularity and eventually became one of the best-known and most frequently performed choral works in Western music. Although it resembles opera in structure, there are no characters and no direct speech. Instead, the text is an extended reflection on Jesus as the Messiah called Christ.