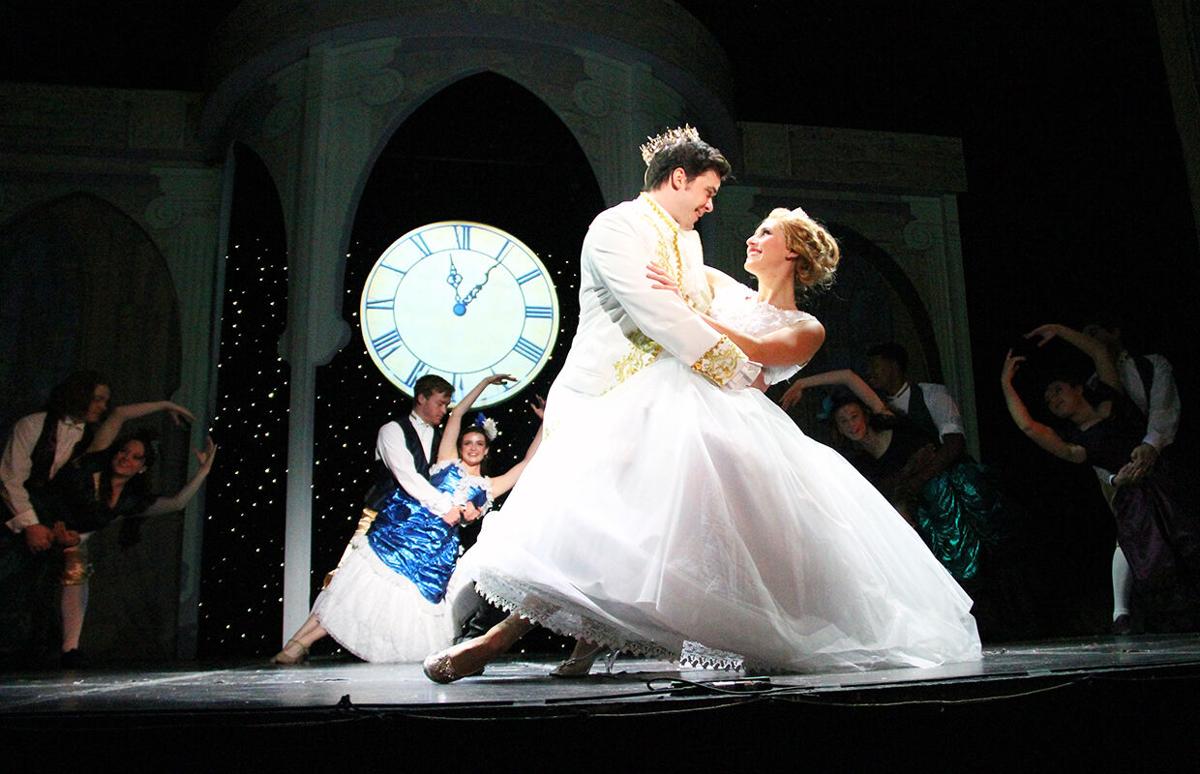 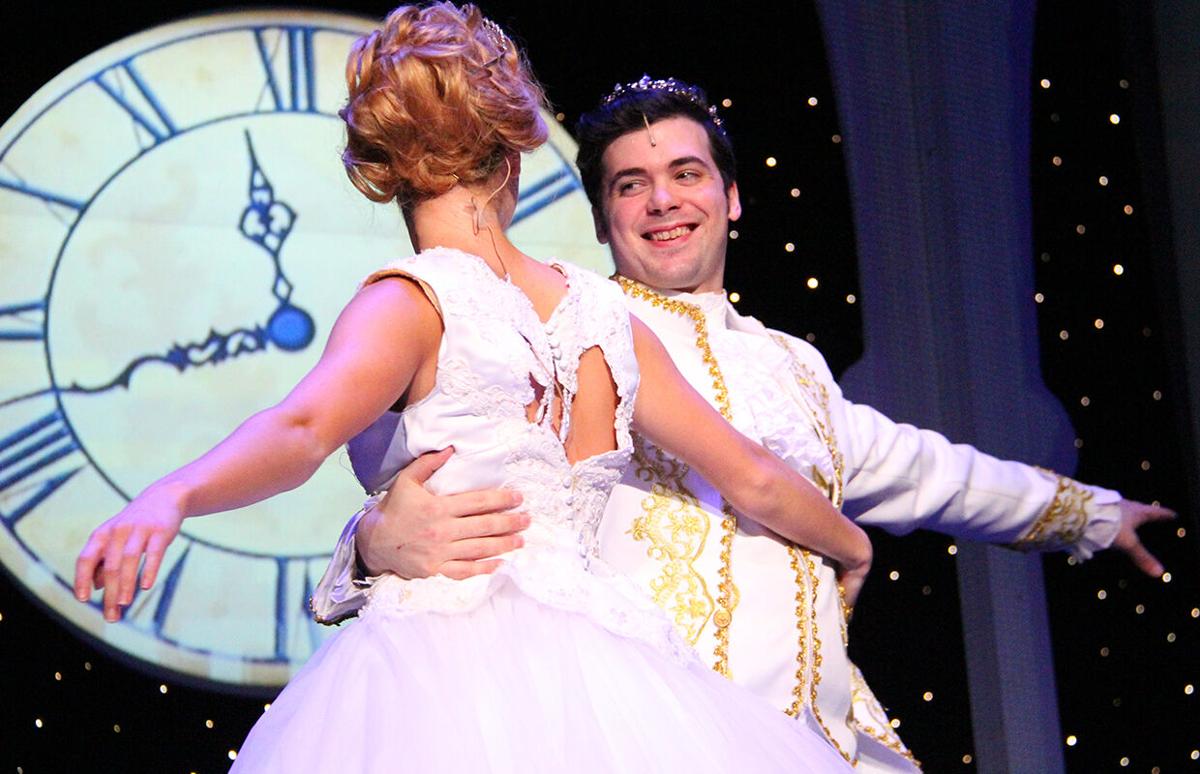 Actor Ryan Shreve said the character of the prince in this version of "Cinderella" has much more depth compared to the Disney movie. 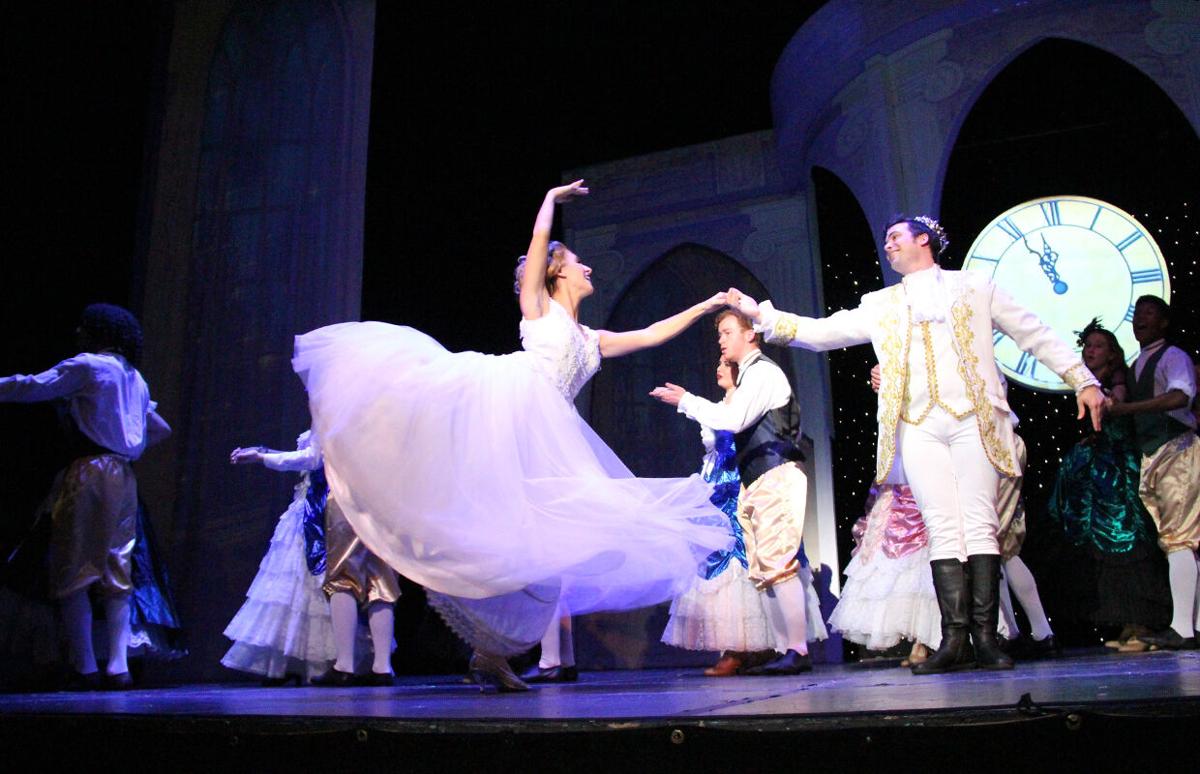 MANSFIELD — The impossible is possible at the Renaissance Theatre this weekend, with dazzling practical and digital special effects bringing true magic to the musical "Cinderella."

Many audience members will be familiar with the classic tale of "Cinderella," a young woman forced into a life of servitude by her cruel stepmother and self-centered stepsisters. With the help of her Fairy Godmother, Cinderella is transformed into a princess and finds her prince.

However, the Rodgers and Hammerstein version at the Renaissance has a vastly rewritten script that retains the magic and tradition of the original story while expanding on themes of finding your voice, self-confidence, and the power of love, compassion, and kindness.

"As a mom, it's really important for me in raising little girls that they learn that you don't make your way in the world by being blessed with God-given good looks, but by being kind and compassionate, thinking about the needs of others, and being who you truly are when no one is watching you," said musical director Kelly Knowlton.

It's a theme especially important to Caroline Grace Williams, who brings the title character to life. Williams said she teaches similar values in her role as Miss Ohio 2019.

"It's redefining who a princess is and redefining that fairytale," Williams said. "At the end of the day, it's the kindness that allows everybody to succeed.

"That's such an important message right now, especially leading into 2021; we have all these high hopes and expectations, and if we can keep kindness at the center of that, we can be successful."

Cinderella's kindness radiates through the entire cast of the show, especially for Prince Christopher, played by Renaissance veteran Ryan Shreve.

"When she meets the prince those are the qualities he sees in her and loves in her, and she empowers him to be the best prince he can be," Williams said.

Shreve is no stranger to playing Disney princes - he also appeared as Prince Eric in the Renaissance's production of "The Little Mermaid" in 2017, opposite yet another Miss Ohio winner. But this royal role is much more three-dimensional than the 1950 Disney film portrays.

"It's very dichotomized in terms of the stuff that's happening with Cinderella and the prince; he has a storyline of trying to find himself, figure out who he is and how he wants to lead," Shreve said. "It's different from a regular Disney prince because he's not very polished at all. I think it makes him much more relatable and easier to fall in love with."

In addition to playing the prince, Shreve has created a number of magical transformations using projection design, a longstanding stage effect that is becoming more popular on Broadway. Shreve was personally mentored in his designs for "Cinderella" by Finn Ross, who created the stunning projections seen in Disney's "FROZEN: The Musical."

Some of the projections and video special effects created by Shreve for "Cinderella" include a pumpkin turning into a carriage, a fox, rat, and raccoon into footmen, and a host of morphing colors, textures, and scenic backgrounds that create a layered three-dimensional setting.

"The reason I got so into this projection mapping is because I love 'FROZEN: The Musical' and they use projection mapping out the wazoo, with stuff on the walls and magic ice effects, and I thought, we could do this at the Ren," Shreve said. "We came up with a bare-bones structure that can be used for many different scenes via projection."

Other special effects in "Cinderella" include a magical carriage with lifelike horse puppetry created by Abe Swanger and set designer Jason Kaufman, and a lightening-fast costume change created by costume designer Linda Turske.

Masks have become second-nature to the cast at the Renaissance. But it's worth it for director Michael Thomas to see the entire show of "Cinderella" come together.

"When you see them practicing during music rehearsals and everybody was distanced in the house and masked up, it had been so long since we'd done anything it was like a drink of water in the desert," he said.