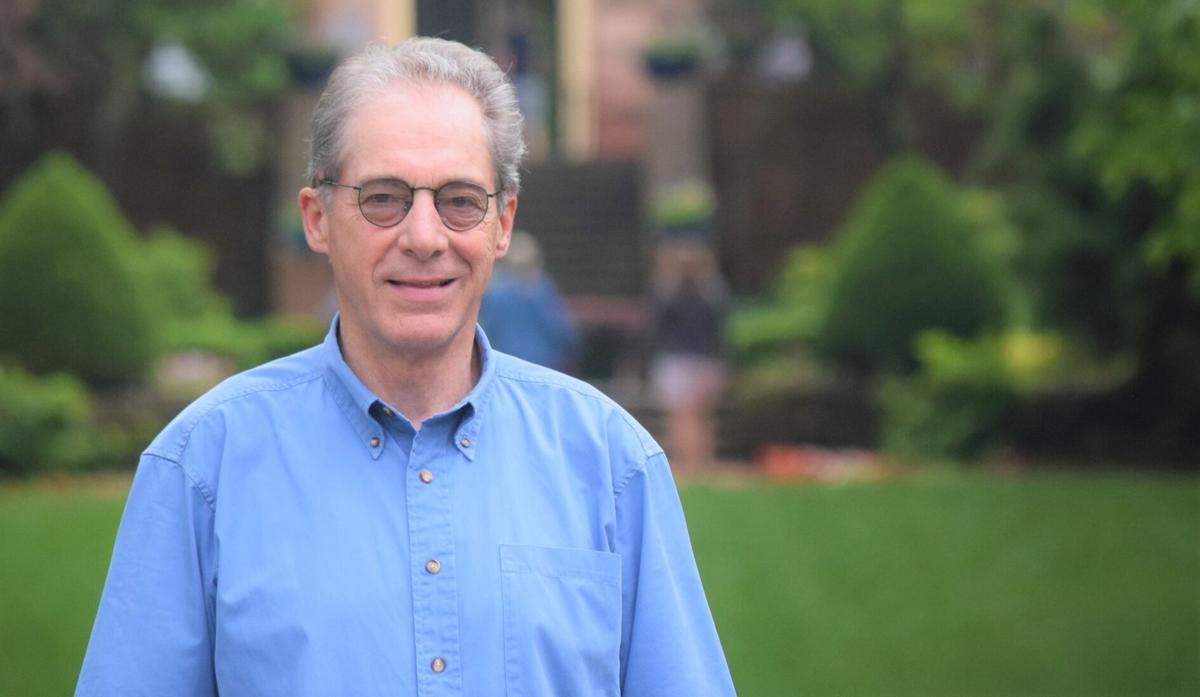 Chuck Gleaves retires on Monday as executive director of Kingwood Center Gardens, a position he has held since 1997. 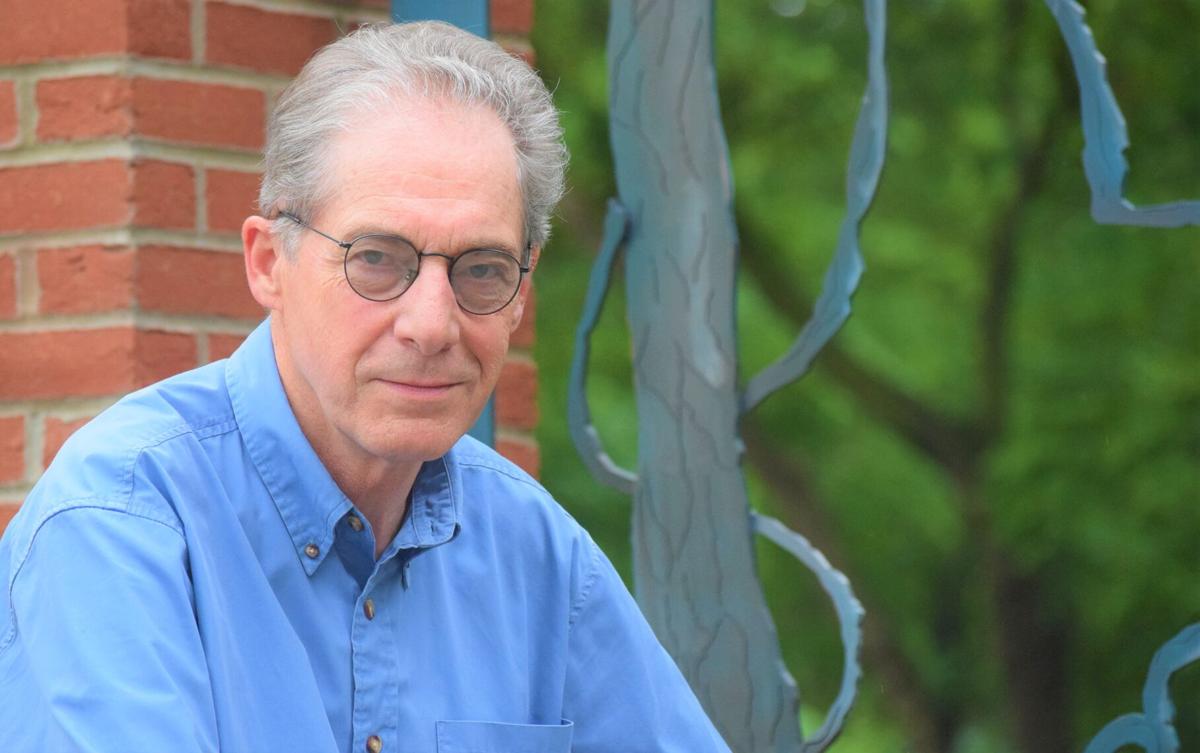 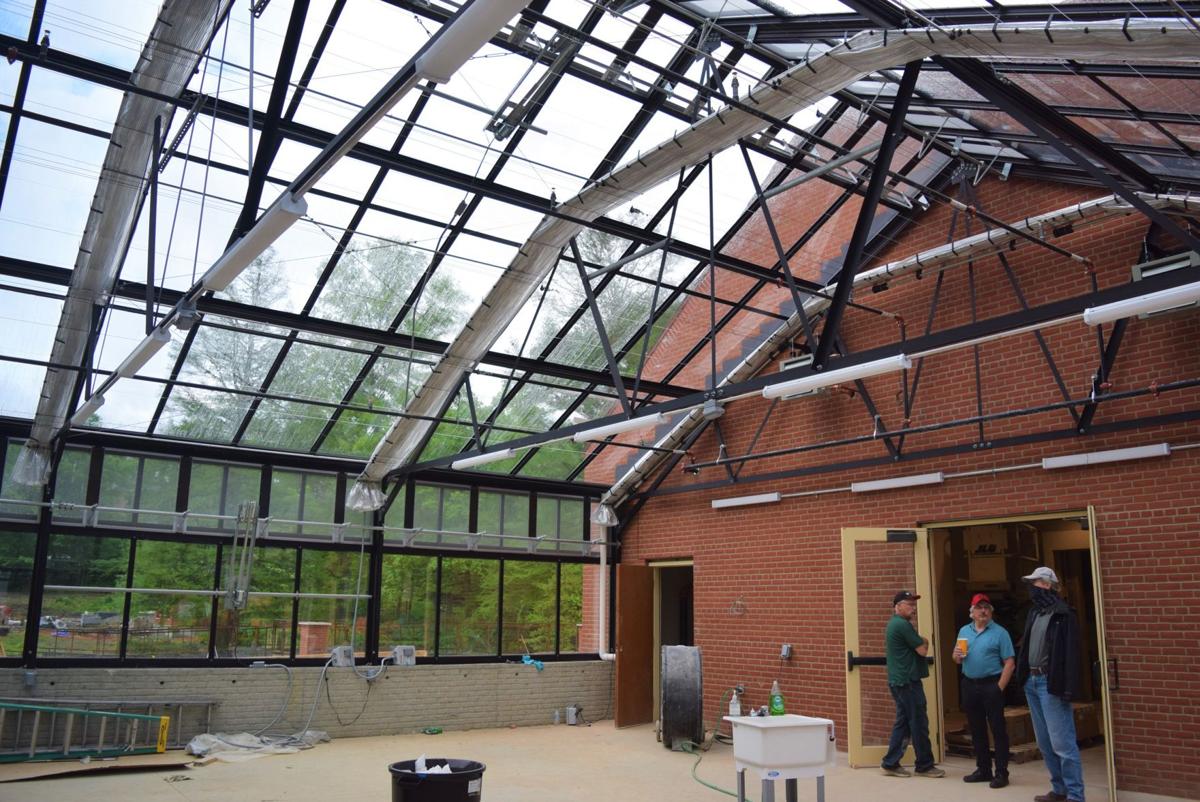 A new, state-of-the-art indoor greenhouse is a part of of the new Gateway Center at the Kingwood Center Gardens. In this 2020 Richland Source file photo,  (left to right), project director Dean Schaad, architect Dan Seckel and Kingwood executive director Chuck Gleaves look around the new site then under construction. 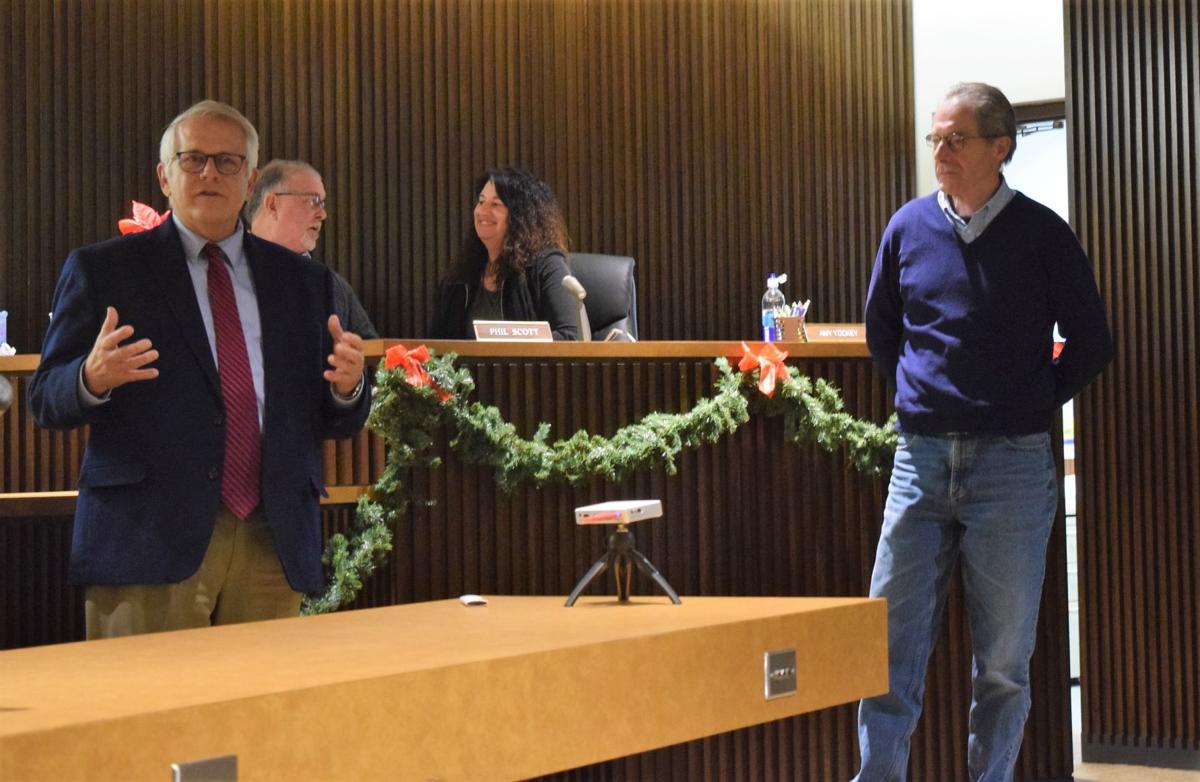 MANSFIELD -- Chuck Gleaves was unhappily contemplating a career in commercial real estate in the early 1970s, armed with a college degree in political science that seemingly offered few options.

Then came a return visit to Miami University in Oxford, his alma mater, for the wedding of a friend attending graduate school.

"We were walking through a greenhouse and the botany graduate student who was showing us around said to me, 'You know a lot about this stuff.' And I thought, 'I do?' Gleaves recalled with a laugh.

"I didn't even realize it. My mother was a very avid gardener," Gleaves said, crediting her with instilling a knowledge database and love for growing things.

That moment, which Gleaves described as a "mini epiphany ... or mini stroke," helped to change his life -- and ultimately the Kingwood Center Gardens.

Now 72 years old, Gleaves will retire after Monday as executive director of the historic garden estate, a 47-acre facility in Mansfield he has helped shepherd, guide and grow for the last 24 years.

Not surprisingly, Gleaves plans to spend his retirement gardening at his home south of Lexington.

"People ask me what I am going to do in retirement. When I say I am going to garden, they stand there and wait for 'and ....' They don't realize for people keen on gardening the immersive experience it really is.

"A public garden administrator once said that gardening is a lot like getting down on your hands and knees and moving blocks around in many respects. In gardening, you are constantly trying to massage a creation."

This is much the same as a mission he's tinkered on for the past two-plus decades, helping to massage the former estate of Charles Kelley King into the dynamic and vibrant destination center it has become today.

Kingwood was a far different site when Gleaves came to Mansfield in the fall of 1997, armed with bachelor and master degrees in botany, earned after the greenhouse epiphany changed his career path.

Arriving after working at the Dawes Arboretum in Newark and as director of horticulture at the Indianapolis Museum of Art, Gleaves came to Mansfield uniquely positioned to help Kingwood grow beyond its current state.

He loved gardening -- and he also love problem-solving.

"That's why I ended up coming to Kingwood," Gleaves said. "I had this sense that I wanted to influence how organizations grow and how they proceed, how they determine priorities and how they would implement strategies."

One of the first things Gleaves recognized was the facility's almost exclusive reliance on income from the King trust that launched it in 1953.

"You could just see the deferred maintenance, and every year the budget was more strained. I kept thinking as we put off big maintenance issues, how would we ever eventually pay for it?" Gleaves said.

He saw the desperate need to diversify the center's income, but that flew in the face of tradition at a facility that had never even charged admission in the past. It was not an easy hurdle to clear.

The global financial crash that began in 2007 and grew into a full-blown recession by 2008 helped change minds.

"We went from $1 million in revenue annually from the trust to $650,000. Since that was the primary source of income, it was hard to cope with," Gleaves said. "It's the first time we had ever had layoffs."

Gleaves and the Kingwood board began to plan a new path forward, including a potential visitors' center that would "create a sense of arrival (for guests) and would allow us to charge admission," he said.

Initial plans called for a center near the facility entrance from Trimble Road, but funding never developed.

"We thought we should do some more comprehensive planning," Gleaves said, a process that became the "master plan" in 2015, working with Terra Design Studios, among others.

"The master plan made a more convincing case for the whole idea," he said. A $10 million capital campaign evolved with backing from local philanthropists, business leaders and others -- the Garden Gateway Project idea was born.

Construction on the 15,000-square foot Gateway Center began in March 2019 and was completed in October 2020. Construction was slowed during the COVID-19 pandemic, but Gleaves said Kingwood's appeal to visitors as an outdoor facility allowed it to continue.

The visitor's center lobby opens up to a miniature gallery, a cafe with indoor and terrace seating, a greenhouse and gift shop and ballroom that is now used for weddings, conferences and other private parties.

As a tour bus filled with visitors from Columbus pulled up to the front door on Friday morning, it was clear the Garden Gateway enhances King's vision for the property.

With its acres and acres of gardens and flowers and displays, along with tour's of King's historic mansion, the project clearly puts Kingwood on par with large-garden destinations in cities like Columbus and Cleveland.

The debate over the $5 admission charge seems like a lifetime ago.

"When we first started charging admission, people were saying, 'You are just looking at your bottom line.' Well, we can't offer the sorts of things that they expect to see unless we have a way to pay for them," Gleaves said.

"Before we charged admission, people would say, 'It would be great if you did this and if you did that.' We said yes, that would draw more people, which would cost us even more money. But if those people came and paid something, then we could do more things and improve the quality of the overall experience."

LEAVING ON A HIGH NOTE

Gleaves will work his final day on Monday, as new executive director Josh Steffen starts work as only the fifth leader in Kingwood's history.

The 1967 graduate of Upper Arlington High School has come a long way since the day he began at Kingwood and was not even sure where he was supposed to park.

"I parked down below and walked up to the house. That made an impression on people. I didn't want to be seen as presumptuous about anything," he said with a laugh.

Gleaves will leave a far different and vastly improved facility behind when he hands the office keys to Steffen, most recently the horticulture and facilities manager at the Wellfield Botanic Gardens in Elkhart, Ind.

"The (board) chairman asked me to write one last director's report. I will leave them with a few comments, but I am not trying to anticipate what the new director should do. He should have his own thoughts and not have to wonder about what I am thinking," Gleaves said.

But the man whose love for gardening became a career of passion won't be far away if Steffen has questions.

"I told Josh he can always get me on the phone," Gleaves said with a smile.

But Steffen may have to wait for a return call until after Gleaves is done in his own garden first.

MANSFIELD -- Kingwood Center Gardens has announced the hiring of Josh Steffen as its new Executive Director.