ASHLAND -- The last American bison to roam the Ohio wilderness was documented in 1803 in Lawrence County.

Humans are the sole reason for the decline of the American bison population. They were hunted to near extinction nationwide and altogether extirpated from Ohio.

In the 1800s, people could pay money to sit on a train that drove by herds of bison, and could shoot the animals while sitting in the train cars for sport.

With interest continually growing in wildlife protection and ecological maintenance, some have wondered if the American bison can successfully be reintroduced in Ohio's ecosystem. Reintroduction, according to Brian Banbury, executive administrator for Information and Education for the Ohio Division of Wildlife, would rely on a multitude of factors.

“Anything is possible," Banbury said. "Is it likely or practical? 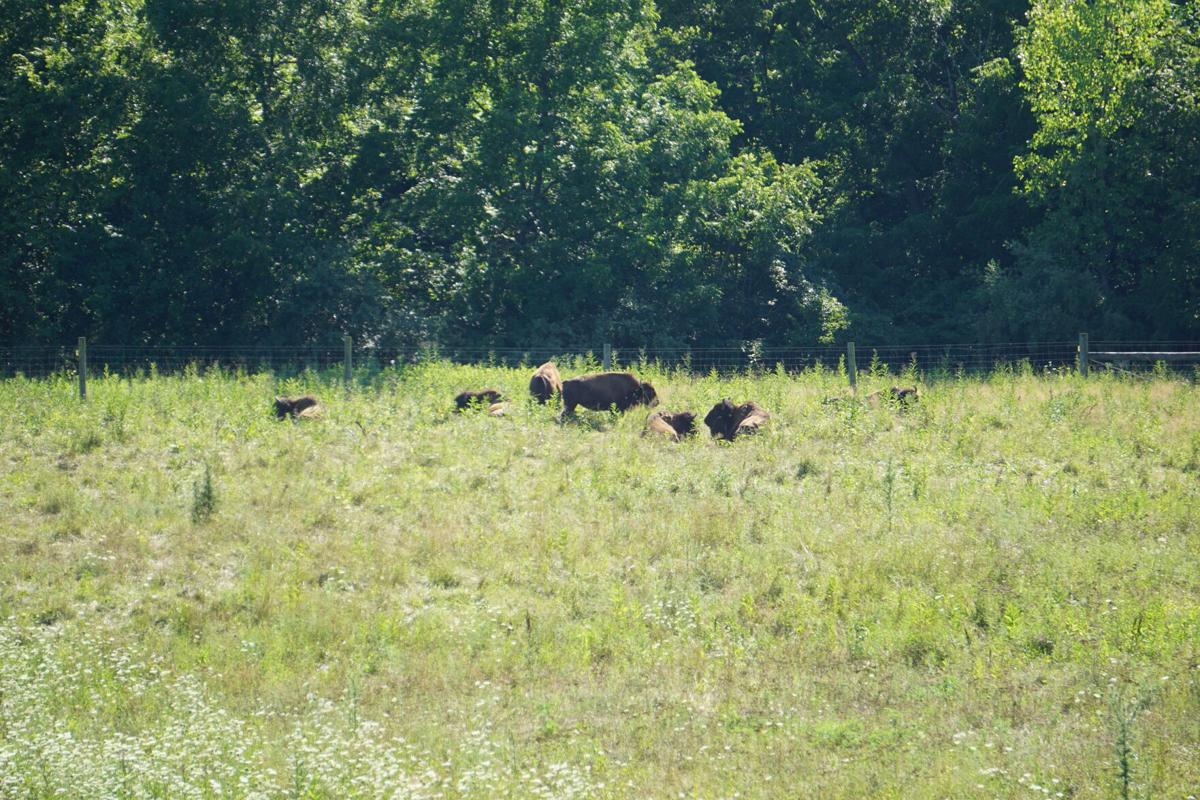 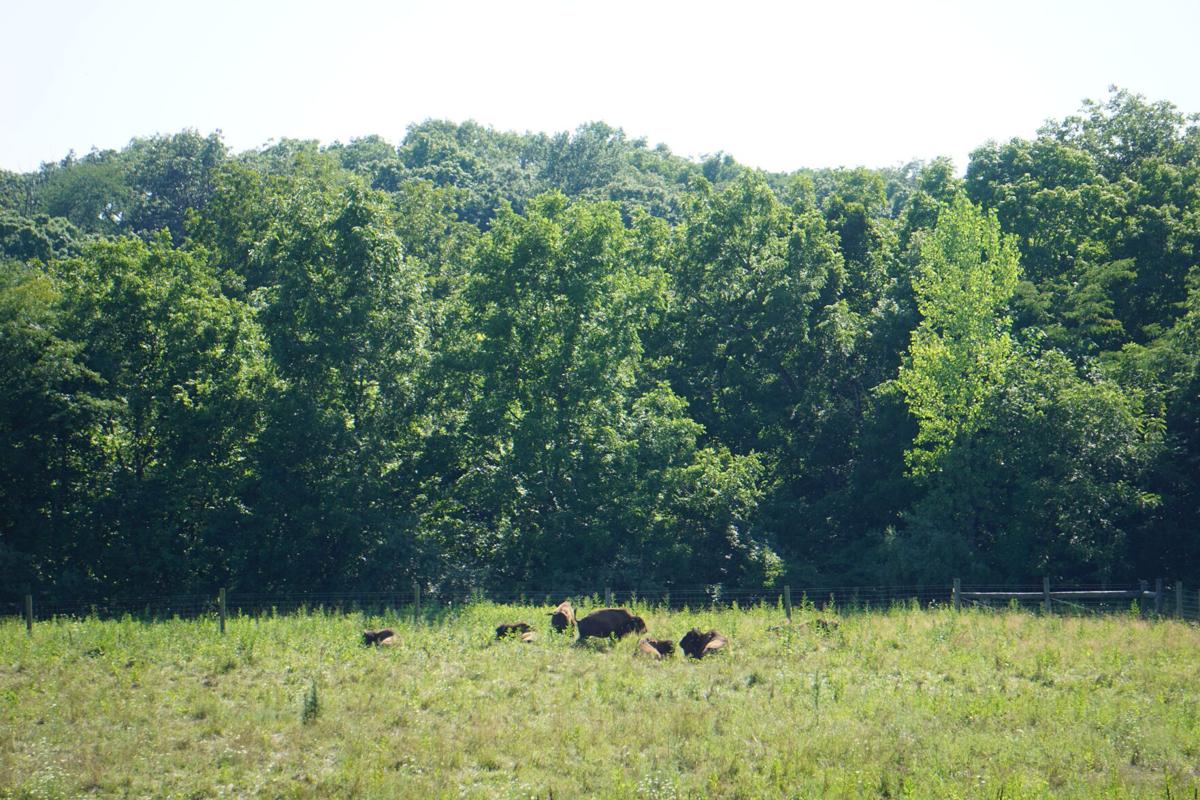 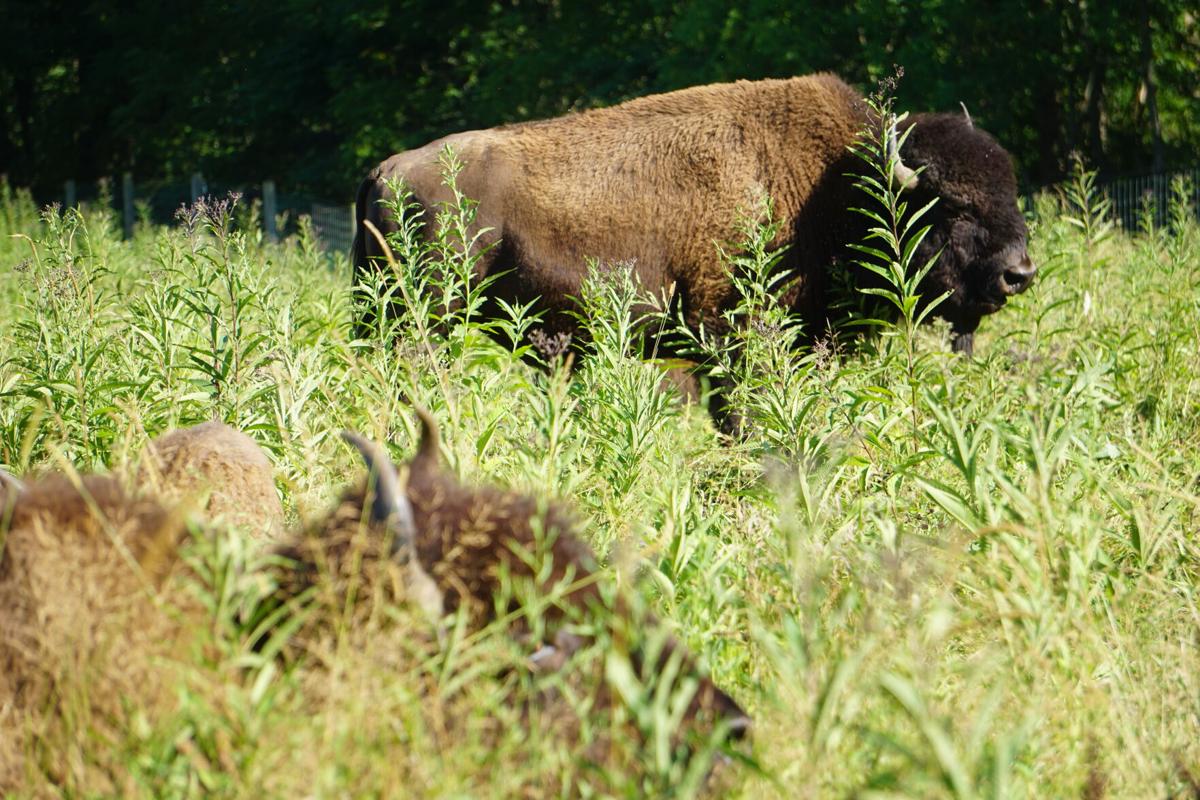 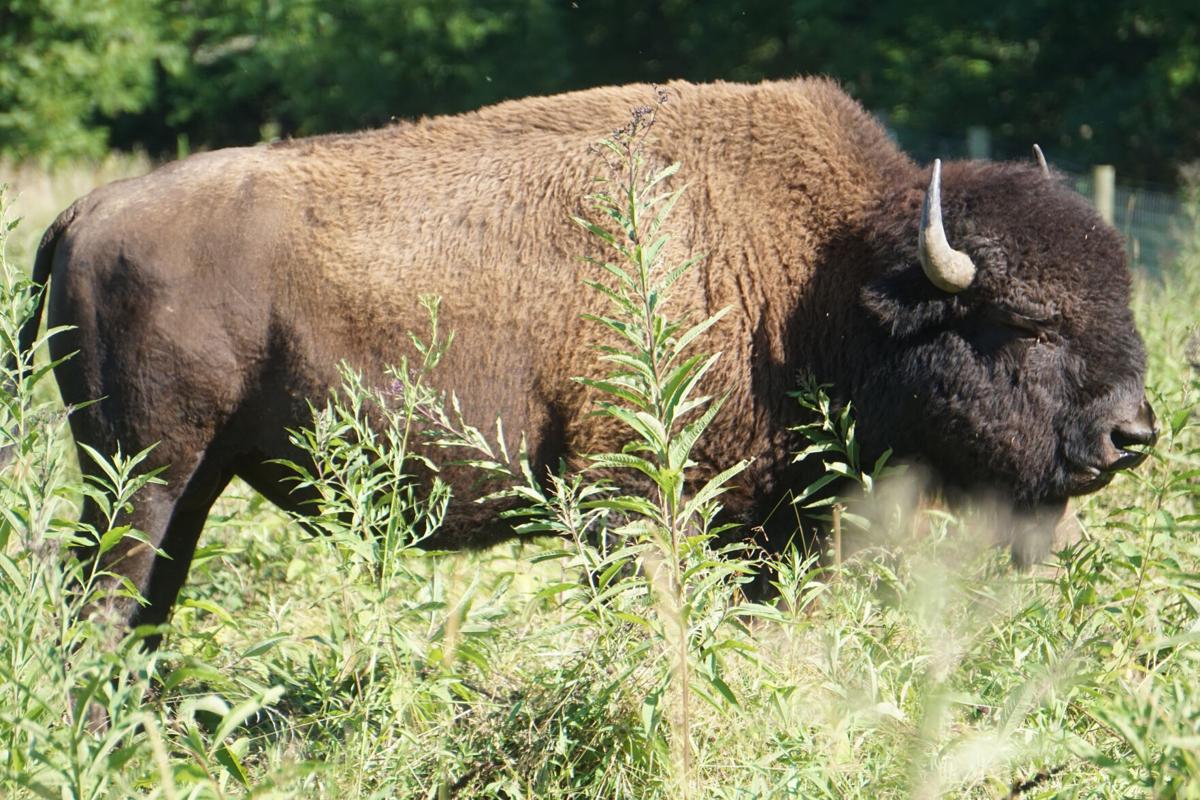 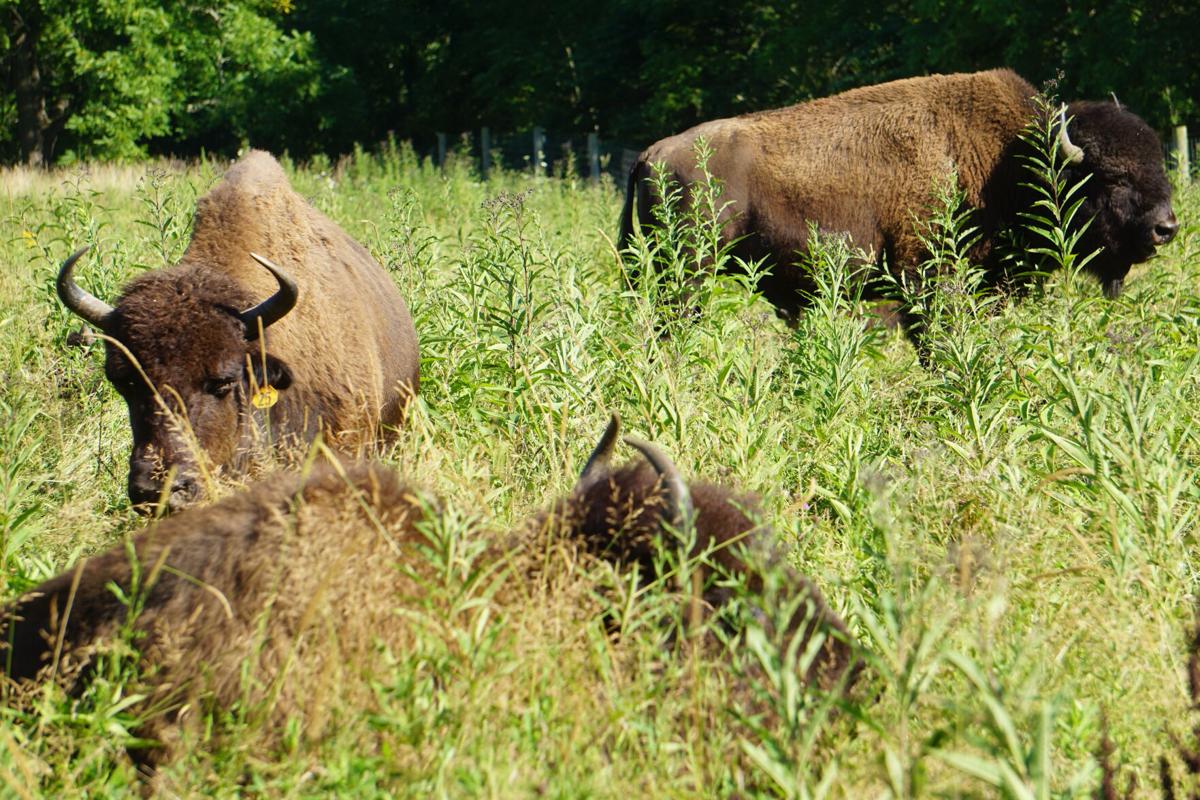 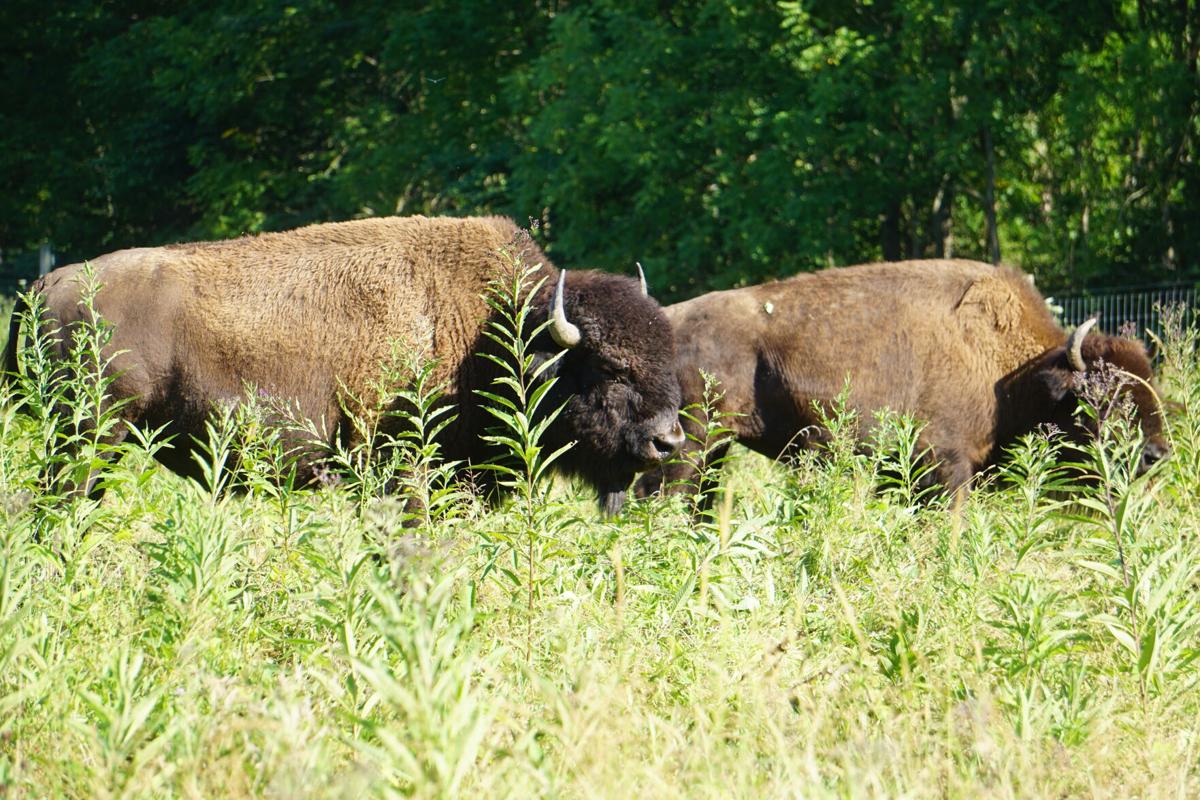 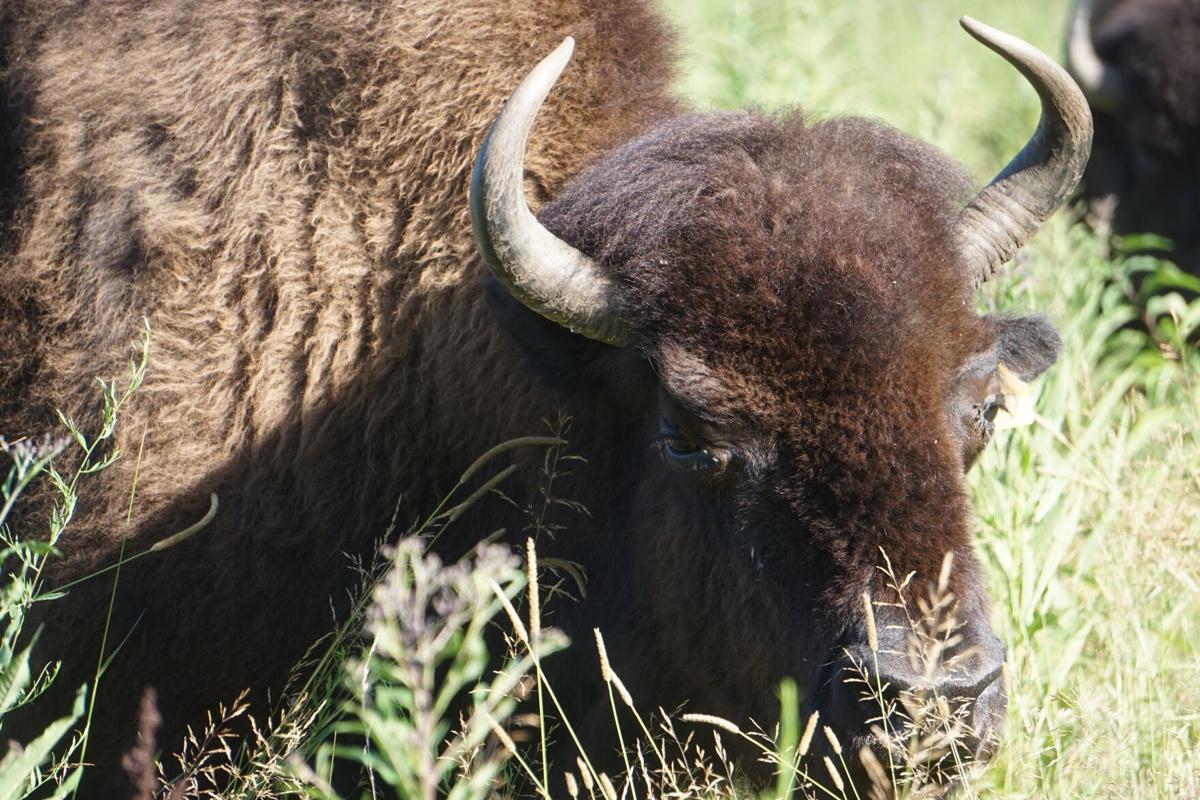 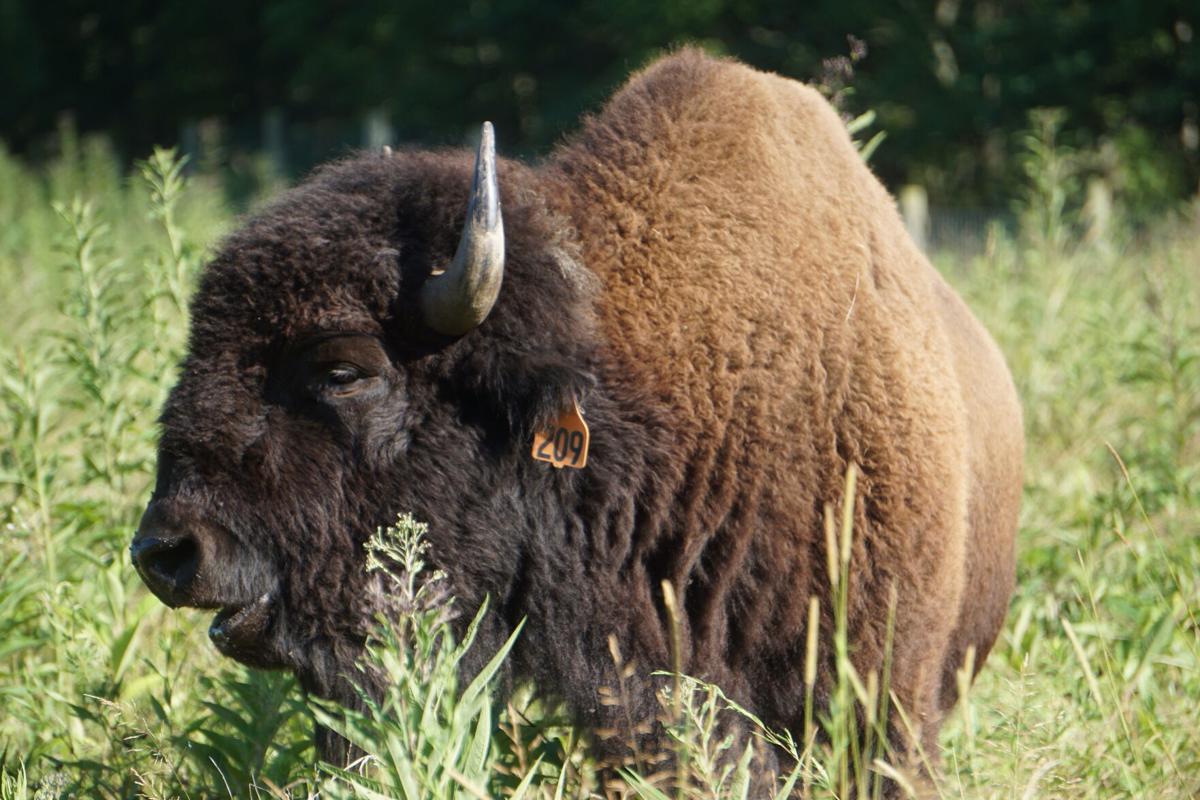 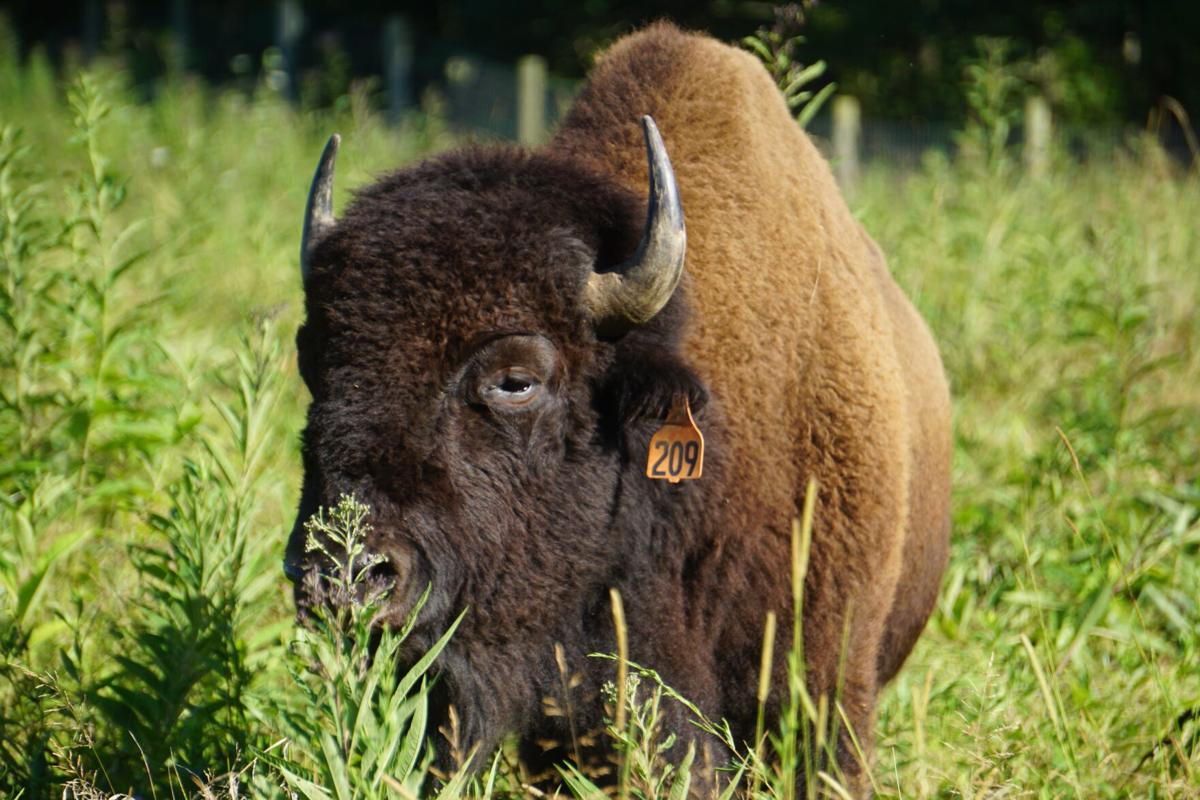 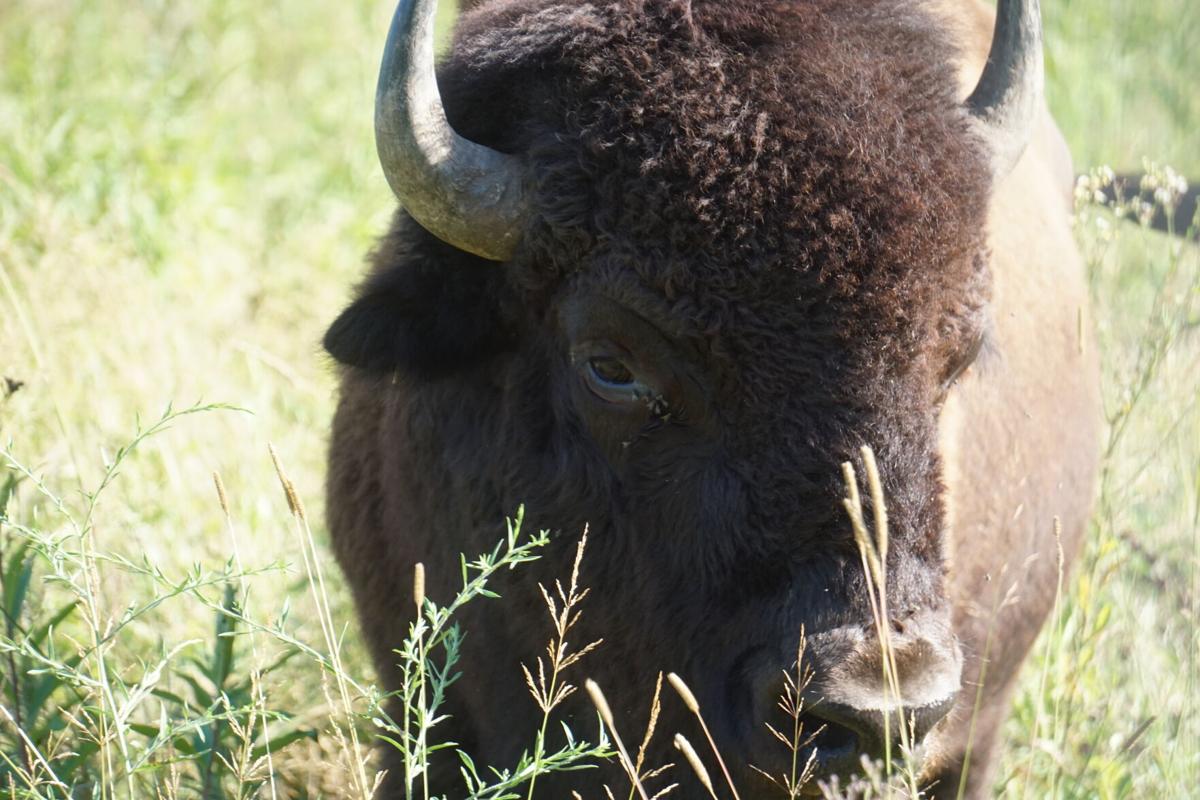 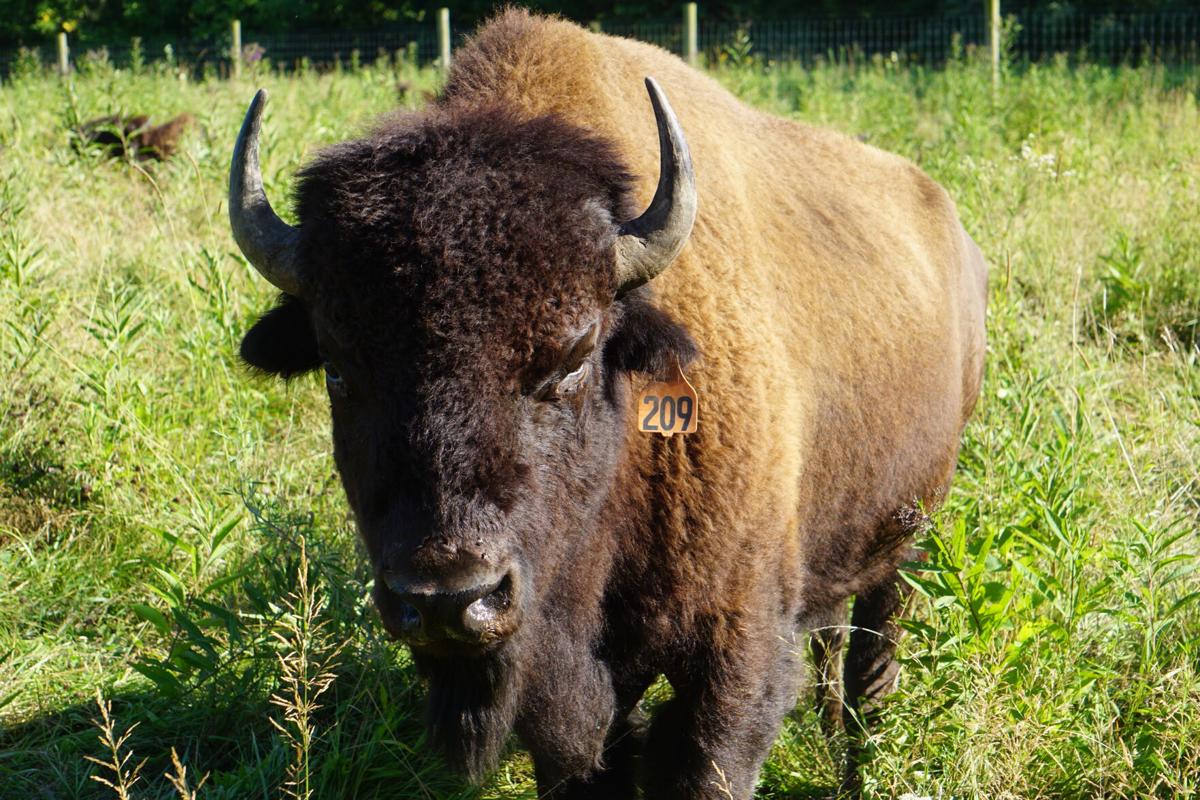 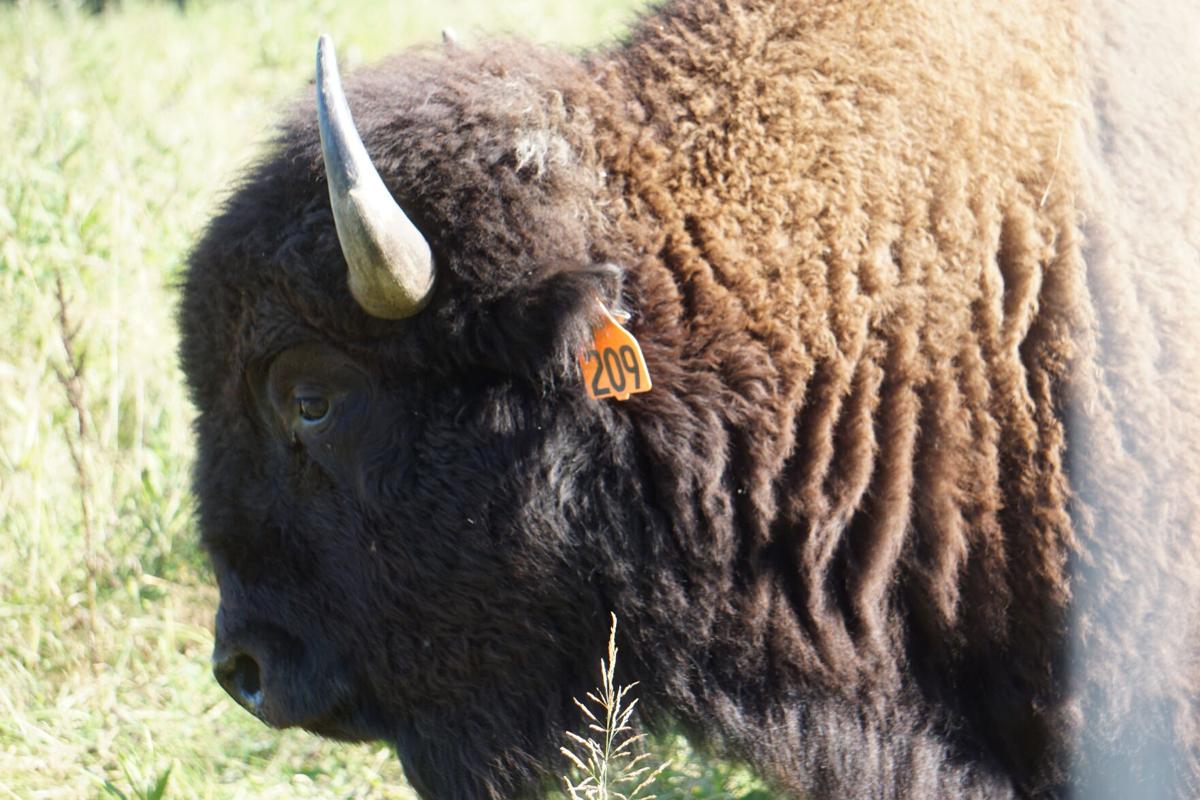 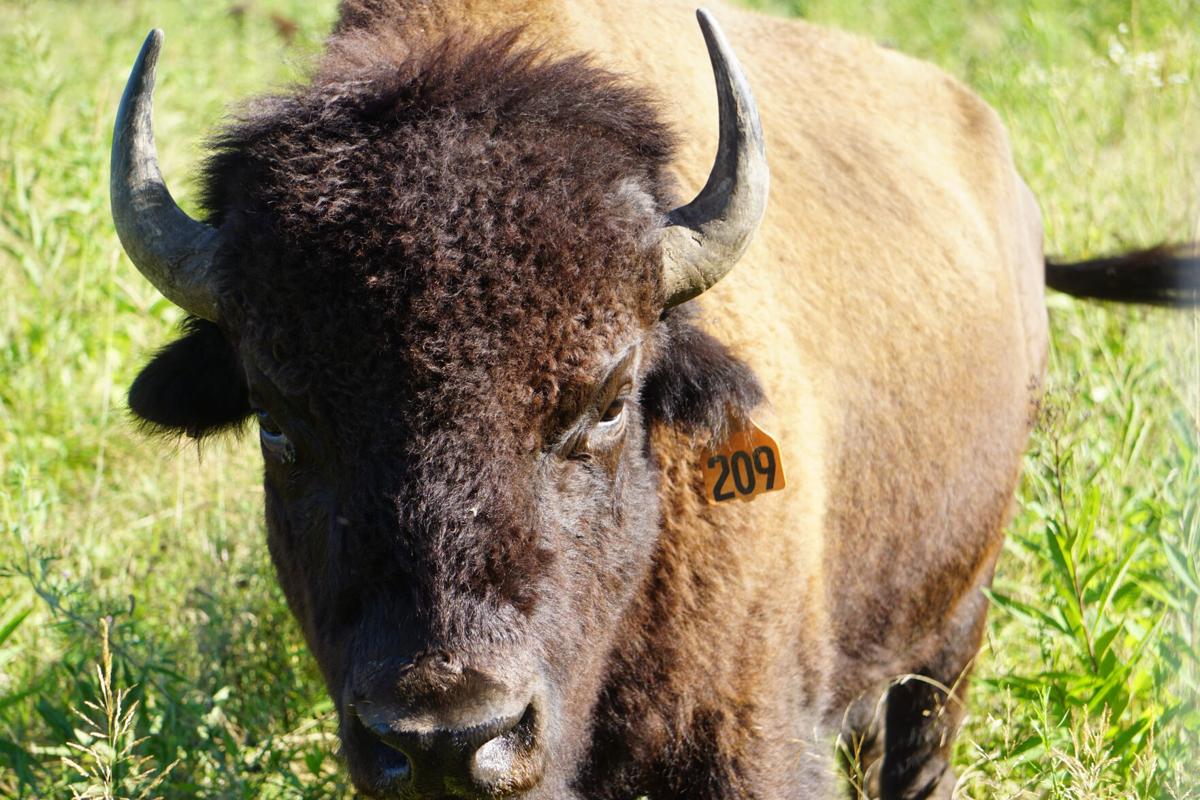 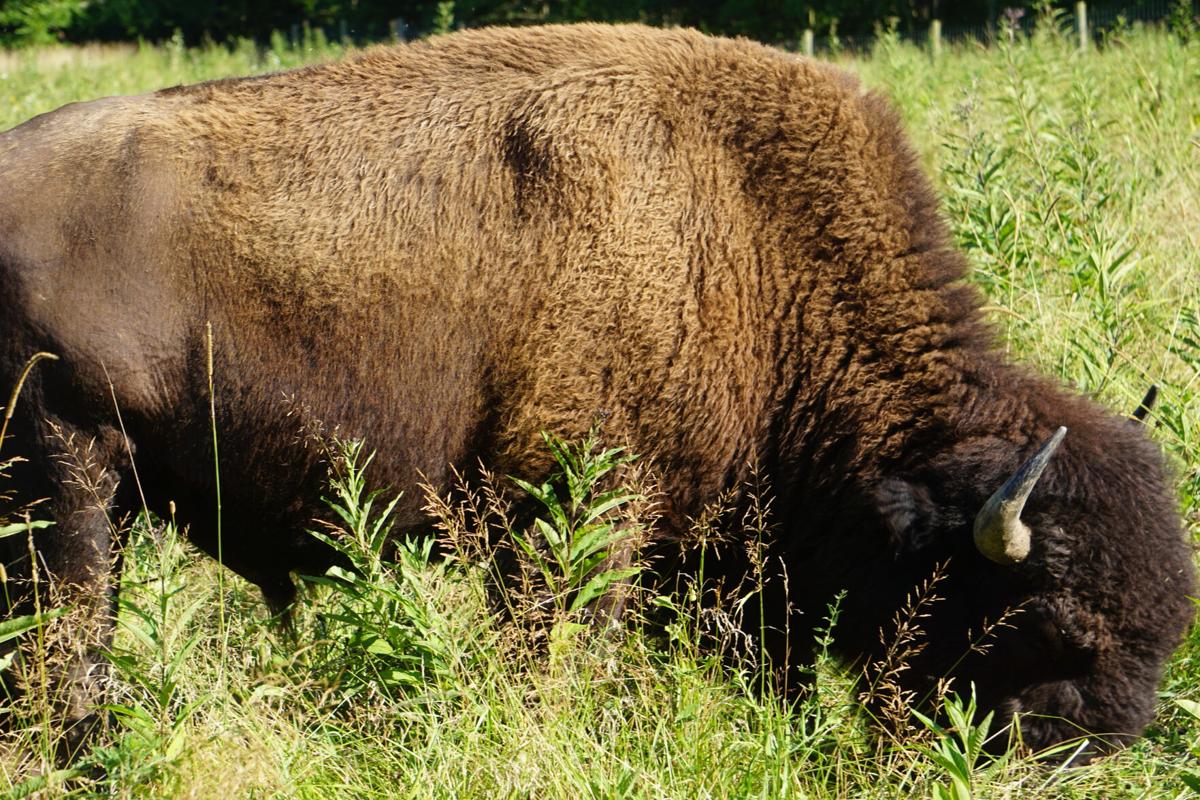 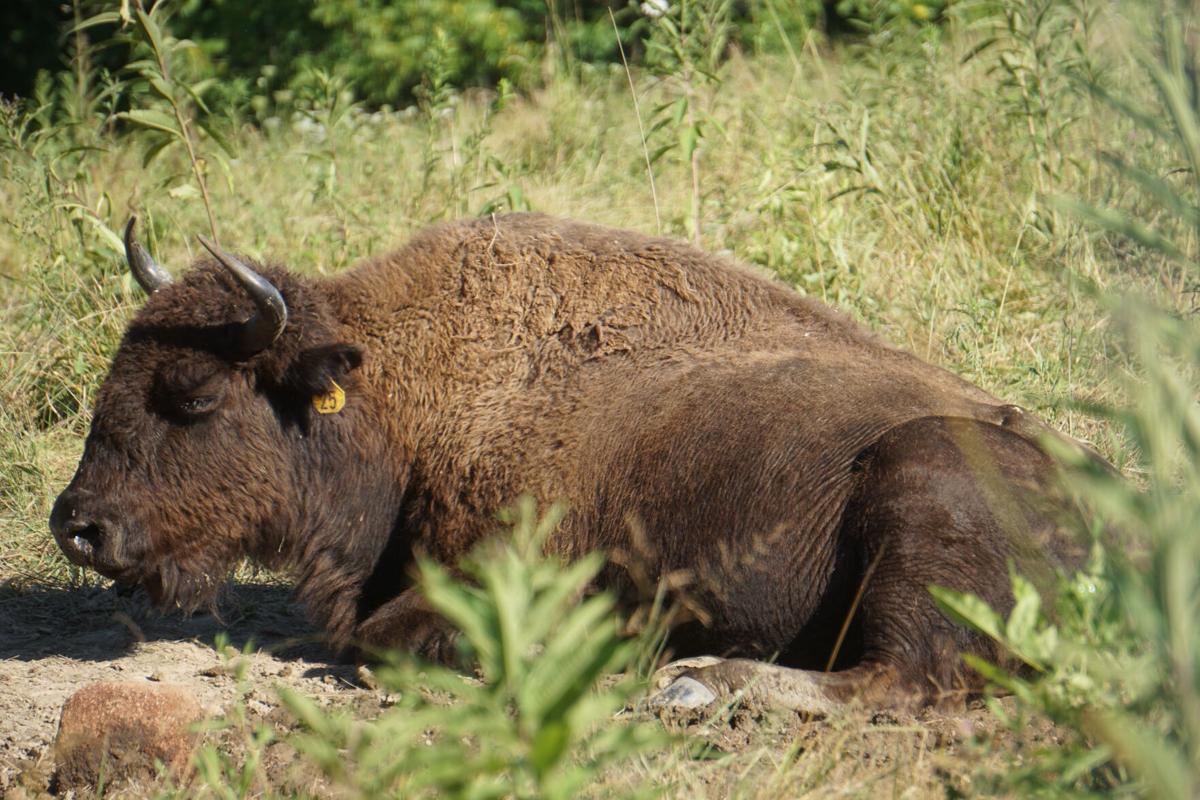 Take a look at some of the American Bison at Battelle Darby Creek at Columbus and Franklin County Metro Parks.

"That’s where things get a lot more muddy. Bison, by nature, are migratory. It’s built in their DNA to travel around so they don’t overgraze an area and literally ‘eat themselves out of house and home.’ They need a tremendous amount of area to roam around in."

Whitetail deer were also said to be extirpated from Ohio around the same as the American bison, but the species successfully made a comeback in the regional ecosystem. Banbury said that there is still much debate on whether or not whitetail deer were ever fully expunged from the state.

Among the concerns for bison is they travel in nomadic herds and could pose a threat to Ohio farmers. They would trample through and destroy most modern fences. They also eat roughly 30 pounds of grass a day.

Therefore, the reintroduction of wild bison in Ohio would require thousands of connected acres due to their transient nature.

Ohio was home to woodland American bison, as opposed to the traditional prairie bison which still roam in and around Yellowstone National Park.

Meanwhile, the woodland bison were smaller in size, which allowed the beast to traverse dense forests with ease.

Before human interaction, the American bison only had one natural predator in Ohio: wolves; which were completely eradicated from the state in 1842. Because wolves were the bison's sole predator, they were crucial for the species' sustainability.

Wolves targeted the old, weak and sick bison in each herd; which effectively protected the rest of the clan from disease transmission. Thus, for the bison to be reintroduced in Ohio, either the wolf population would also have to be reestablished -- or people would have to monitor each herd for contamination and dispose of infected animals.

Ohio's modernized society would also pose a threat to the species.

“There are no ideal locations left for bison in Ohio," Banbury said. "There is nothing big enough left.

"Could you imagine hitting one of these with a car? It would happen.”

Bison are huge creatures; females can weigh up to 2,000 pounds, while males are said to reach up to 3,000 pounds. They can run 45 miles per hour and can jump seven feet into the air if they become frightened.

They also feature a distinctive hump on their back. However, unlike the camel, they do not utilize the bulge to store water.

“On their vertebrae, there is a huge bone that sticks up and it's all muscle that's attached to it," said Elaine Stingel, Naturalist at Battelle Darby Creek at the Columbus and Franklin County Metro Parks. "They use that and their giant head as a huge snow plow, so that they can get down to the grass in the wintertime and eat.

“The way you can tell the difference between the males and the females is by the shape of their horns.  The females will have a C-shaped horn and the males’ sticks straight up.”

Battelle Darby Creek is home to an accurate recreation of an Ohio prairie, which includes nine free-roaming American bison on a 40-acre range. The resource management team constructed a fully-restored prairie that mirrors an ornate Ohio field along with historically-authentic floral specimens.

“For prairies to truly be what they should be - to be natural - they need a big grazer, a big herbivore, and they’re missing because they were run out of Ohio," said Kevin Kasynik, Park Manager at Battelle Darby Creek. "We’ve tried to recreate that, but (the Bison) do it naturally."

When threatened, bison will use their horns for self defense. They aren't afraid of people, and they aren't friendly by any means. People have been seriously injured in other states after they have approached a bison, mistaking their tolerance for affection.

Because of this extensive list of required instrumental components, it would be impossible to successfully reintroduce the American bison species into Ohio's ecosystem. The wildlife in Ohio no longer exists for this to be possible.

There is a chance, however, that reintroduction is feasible in western states that house extensive landscapes and natural predators such as grizzly bears or cougars that are capable of auditing the species for disease.

Unfortunately, Ohioans will never be able to look out their window and spot an American bison grazing, although a short trip to Battelle Darby Creek will hold many inspirational sights of the amazing creature.