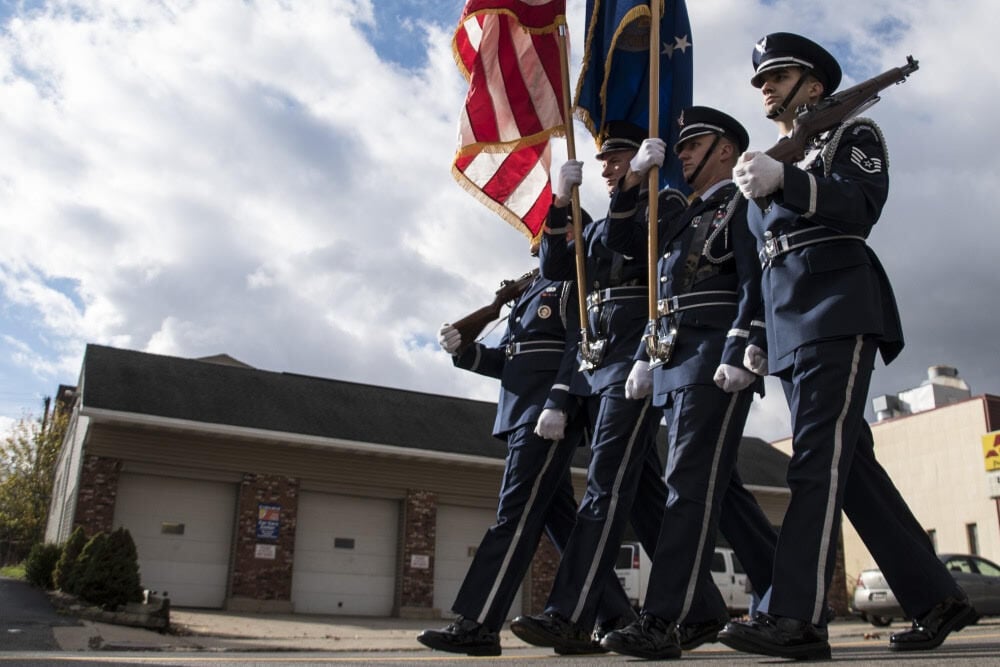 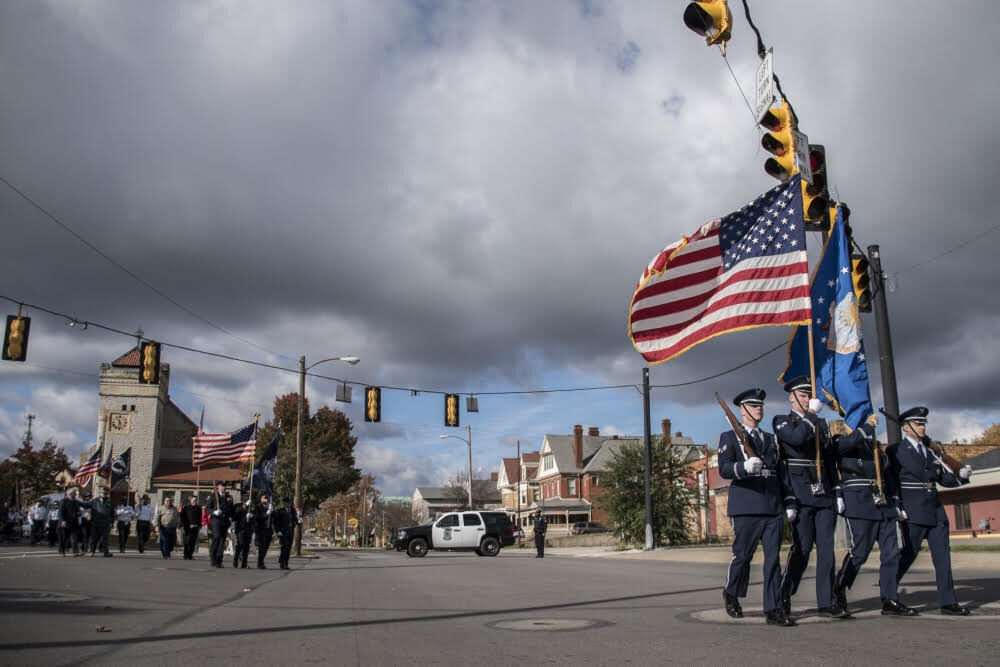 There was no Memorial Day parade this year for the 179th Airlift Wing's Honor Guard. (Photo by TSgt. Joseph Harwood)

The day set aside to honor U.S. military members killed in war is often filled with parades, barbecues and social gatherings.

Due to the COVID-19 pandemic, there were no parades for the local Ohio Air National Guard to show their respects.

“Historically, Memorial Day and Veterans Day are the busiest time frames for the base honor guard,” said MSgt. Michael Swick, the non-commissioned officer in charge of the honor guard.

“We still have military funerals to do; we also have an abundance of community events that our presence has been requested at, such as parades … schools and churches," Swick said.

Swick, a member of the group at Mansfield Lahm Regional Airport since 2006, described how the day felt strange both for him personally and the guard as a whole.

He noted they are typically busy scheduling Memorial Day events all of May and not having that build up added to what he described as an “absence.”

SSgt. Jonathan Stockhaus, a relatively new recruit to the 179th’s honor guard, was saddened by the loss of Memorial Day festivities.

“It kind of hurt a little bit, to not be able to do what we love. All the parades and posting of the colors is more of a secondary mission, obviously the funerals always come first. But if we have the manpower by all means we love to go out and support the community. People are so grateful for you to be there and you get to see all the patriotism," Stockhaus said.

Stockhaus is one of the few members of the honor guard who has participated in a funeral since the beginning of the coronavirus pandemic. According to Stockhaus, it’s possible for Guard members to perform up to 20 funerals a month. During the pandemic, he has participated in just three.

“There have been restrictions on funerals. We’ve been seeing a lot smaller processions of cars. Usually, it’s only the very close family,” Stockhaus said. “Since we do fold the flag and present it to the family we do have to get very close to someone as we render honors. We are required to wear a facemask.”

The addition of the facemask marks an additional clothing requirement for the honor guard to adhere to. The guard already wears a highly specialized uniform, which includes steel plates they install on the heels, toes and side of their shoes to produce audible clicks that help keep the guardsmen in sync with one another.

The guard also wears a different hat from the average airmen and is authorized to wear gloves while in uniform, something that a typical airmen isn’t allowed to do.

CMSgt. Thomas Jones, who has been part of the honor guard for nearly his entire 39-year military career, seems to have found a deeper meaning behind the cancellation of Memorial Day.

“It was sad; this whole country right now is in a really weird way, just watch the news. It’s really sad that were going through this but I think people reflected more,” Jones said. “With the world kind of shutting I felt that people were paying more attention to it this year.”

Jones, who will be retiring soon, reflected on his time spent in the guard and all the changes he witnessed, described how the honor guard used to simply consist of volunteers that would be led by a senior in rank while performing duties.

“I gotta tell you, the first funeral you ever perform is probably one of the most nerve-wracking things you’re ever gonna do,” Jones said.

In 2000, however, the U.S. Congress passed legislation that provided funding for base honor guards and created a structure for these groups to be trained. Following this increase in funding honor guard groups experienced growth in membership with Jones describing the 179th’s honor guard at the time as “robust."

Despite his years of experience, Jones still gets just as nervous as his first funeral and does his best to avoid falling into a routine.

“I can tell you I’ve done over a hundred details and I still get butterflies in my stomach. I’m not shaken, I just still get those butterflies cause you know it means so much and you don’t want to mess it up. For every family that is there it’s one of their worst days,” Jones said.

“I had a friend tell me that if you ever lose those butterflies you may want to consider getting off of the team," Jones said.

Jones is now one of the senior members of the guard and with it came a much closer connection to the families of those who had passed.

“Now I’m typically the one presenting the flag to the next of kin and I look them in the eyes and say the words. I’m still going over those words even though I’ve said them so many times cause I don’t want to mess that up,” Jones said.

“I look them right in the eye and I can see how grateful they are and how proud they are that their loved one got that kind of a service, that look in their eye is the reason I do it.”