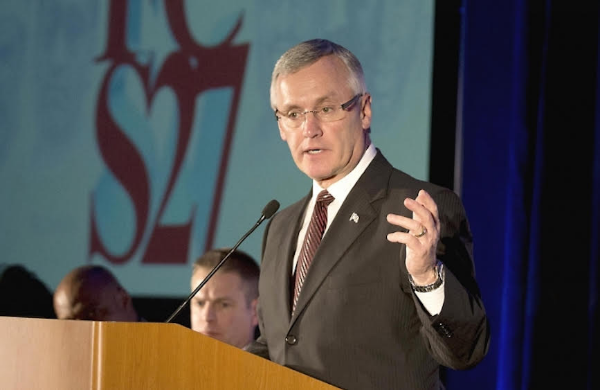 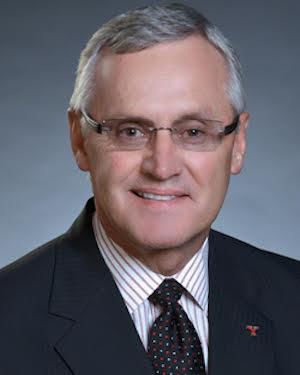 Teachers, administrators and support staff will hear Tressel during an 8:30 a.m. convocation in the Mansfield Senior High auditorium.

“Jim Tressel is an outstanding educator, motivator and a man of exceptional character. I am thrilled to have him join us to help ignite the Tyger roar that will carry us into a successful year,” said Superintendent Stan Jefferson.

Jefferson knows Tressel well. He served on Tressel’s Buckeye coaching staff from 2004 to 2010, first as associate director of football operations, then as director of player development. After Tressel left OSU in 2010, Jefferson continued to work with head coach Urban Meyer before retiring in 2017.

“We have an outstanding team ready and eager to help students succeed at every level,” Jefferson said. “Jim Tressel has built outstanding teams at OSU and at Youngstown State. He is exactly the right person to share in the start of our school year.”

In December the Youngstown State University Board of Trustees voted unanimously to extend Tressel’s contract through June 2020.

“By every measure, president Tressel has excelled in leading YSU over the past four years,” trustee chair Dee Crawford said. “His vision and determination have resulted in unprecedented gains in many important areas of the university’s operations. We look forward to continuing that momentum.”

Prior to being named YSU president, Tressel spent two years as executive vice president for student success at the University of Akron.

In addition to the 2002 national championship, Tressel’s Buckeyes won seven Big Ten championships and appeared in eight BCS post-season bowl games. His record at OSU was 94-21, including 8-1 against Michigan.

He was head football coach at YSU from 1986 to 2000, where he compiled a record of 135-52-2. His teams won four national NCAA championships and appeared in the playoffs 10 times.

Tressel was inducted into the National Football Foundation’s College Hall of Fame and the Ohio State Athletics Hall of Fame, both in 2015. He entered the YSU Athletics hall of Fame in 2013.

Tressel and his wife Ellen have four adult children.

A 7:45 a.m. continental breakfast in the commons will precede the convocation.

This story is courtesy of Tygerpride.com.