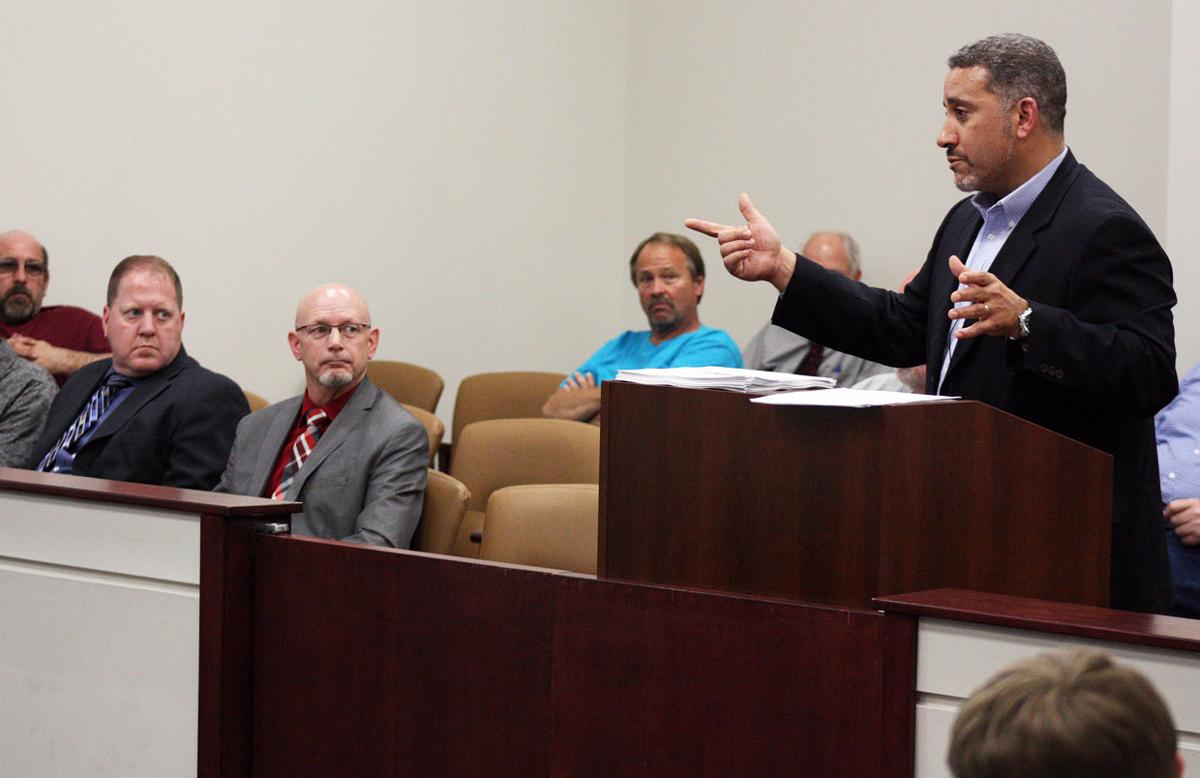 David Conley of Rockmill Financial Consulting explains the cost of the proposed bond issue to build a new school building and stadium to Shelby City Council on Feb. 20. 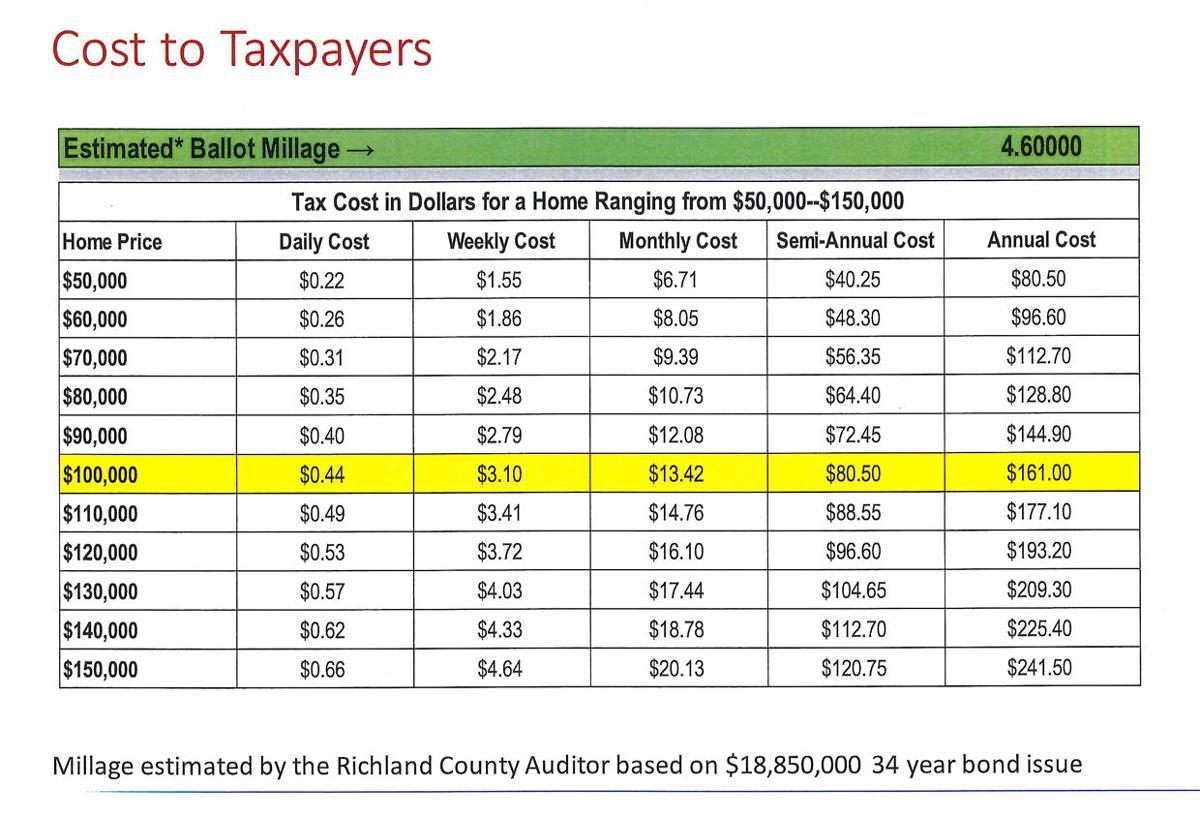 SHELBY - The proposed bond issue on the May ballot to build a new school and stadium in Shelby is the cheapest it will ever be.

That was the overarching message conveyed to Shelby City Council by representatives of Shelby City Schools on Monday evening. The 4.6-mill bond issue would cost the taxpayers approximately $18.9 million over 34 years.

According to David Conley of Rockmill Financial Consulting, a municipal advisory firm out of Lancaster, that number will only increase as time goes on.

"All things considered, now is the least expensive time as a community for you to get this done," Conley said. "It's still expensive for a lot of people in the community, and we understand that, but the question is does the district have a choice in not dealing with the school facilities in the next 10 to 15 years? The answer to that is no."

Conley was brought on as a consultant to Shelby City Schools with the sole responsibility of keeping the project as inexpensive as possible for Shelby taxpayers. The current $18.9 million price tag was originally slated at $41.4 million.

Of the total $41.4 million, $30.2 million would go towards building a new pre-kindergarten through eighth grade building. The building would be located on the same campus as Shelby High School, and would house primary, intermediate and middle school students in separate wings.

Shelby Superintendent Tim Tarvin stated on Monday that $600,000 would go towards a new turn lane on Smiley Avenue. This, plus separate starting times for the primary and intermediate students, would alleviate any traffic concerns at the new building.

Local funds would also cover the $5 million construction of a new athletic stadium, which moves the stadium to the north end of the school campus, where the track currently resides. The original plan for the new stadium would have been at the corner of W. Smiley Ave. and Sunset Drive, but a survey sent out by the school district found that voters overwhelmingly disapproved of that location.

After calculating these costs to total $41.4 million, Conley started looking at how to cut costs. Passing the bond issue in Shelby would be the most significant dent in costs, qualifying the district to receive $16,082,215 in state funds.

Other cost-cutting measures include using $1.6 million leftover from building the high school, $1.9 million in savings from the district, and redirecting $3 million in permanent improvement bonds from maintaining the old buildings towards building a brand-new building.

With these measures plus the passage of the bond issue in May, building a new school building and stadium in Shelby would cost $18.9 million. At 4.6 mills, the cost to a person owning a home valued at $100,000 would be $13.42.

Timeliness is Conley's biggest warning. The first attempt at passing the bond issue failed on the November 2017 ballot; if it fails again on the May ballot, the district has one more chance to pass this current plan in November 2018.

"The longer we wait, even if the project doesn't change, through interest rates and inflation we're looking at a higher cost to the community," Conley said.

The benefits, he added, include creating a comprehensive vision of a Shelby City Schools campus, providing students with better facilities, and supporting home values by attracting younger families to the area.

Currently, Conley explained, the average age of a resident in Shelby is moving towards retirement. In this stage of a city's lifecycle, an older community makes it more difficult to support a city's infrastructure because taxes are typically generated from younger families.

"This community is currently not cycling through, so you have people who are getting older but you don't have younger people moving in at the same percentages to support the people who are moving on," Conley explained. "By supporting schools, in essence you're supporting a community, and it makes it more attractive for younger families."

Shelby school, stadium levy goes back to the ballot in May

SHELBY - Shelby voters will have another chance to approve or reject building a new school and new football stadium on the May ballot.