MANSFIELD -- School Specialty company has grabbed an opportunity to partner with a small village in Ghana to bring school supplies to children in need.

Joe Yorio, CEO of School Specialty, addressed a crowd of more than 25 people Tuesday and noted how honored he felt to work with the Gloria Pointer Teen Movement Foundation and donate at least nine boxes of school supplies to the Ghanian village of Atonkwa, Elmina. We ACT, a group designed to respond to the city's needs helped facilitate the donation. 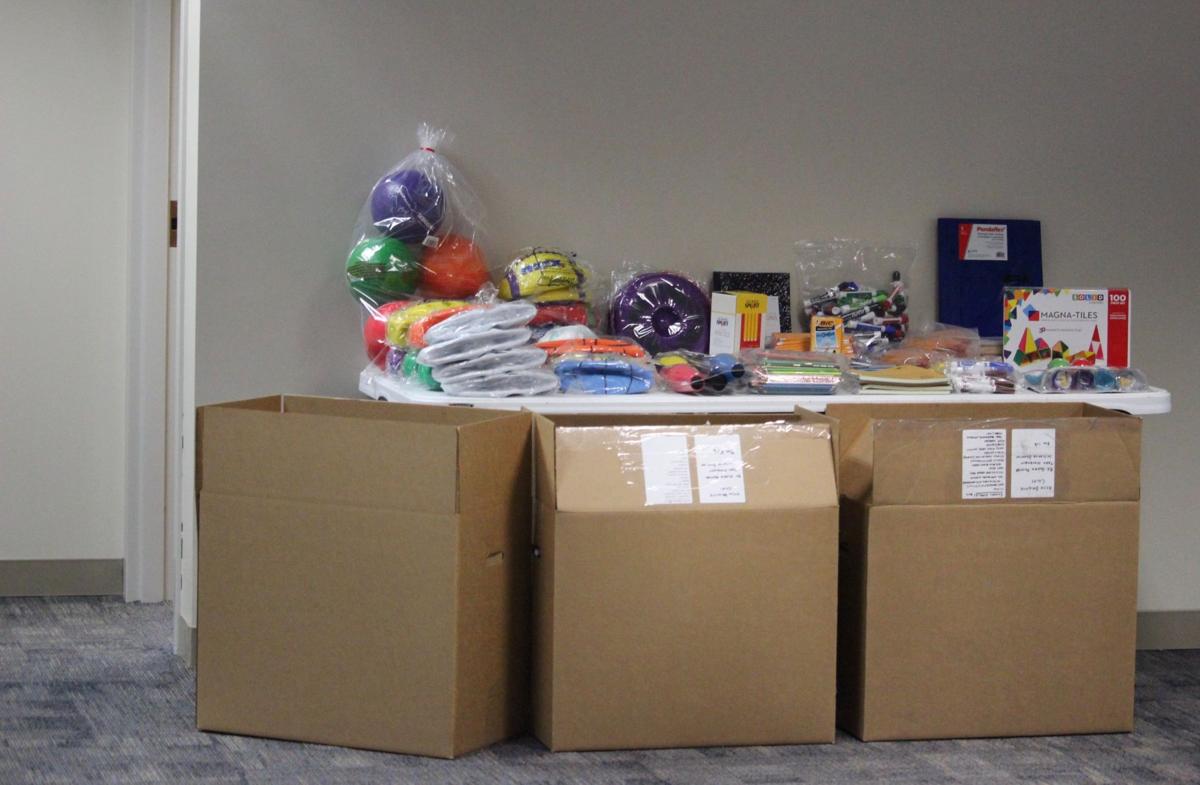 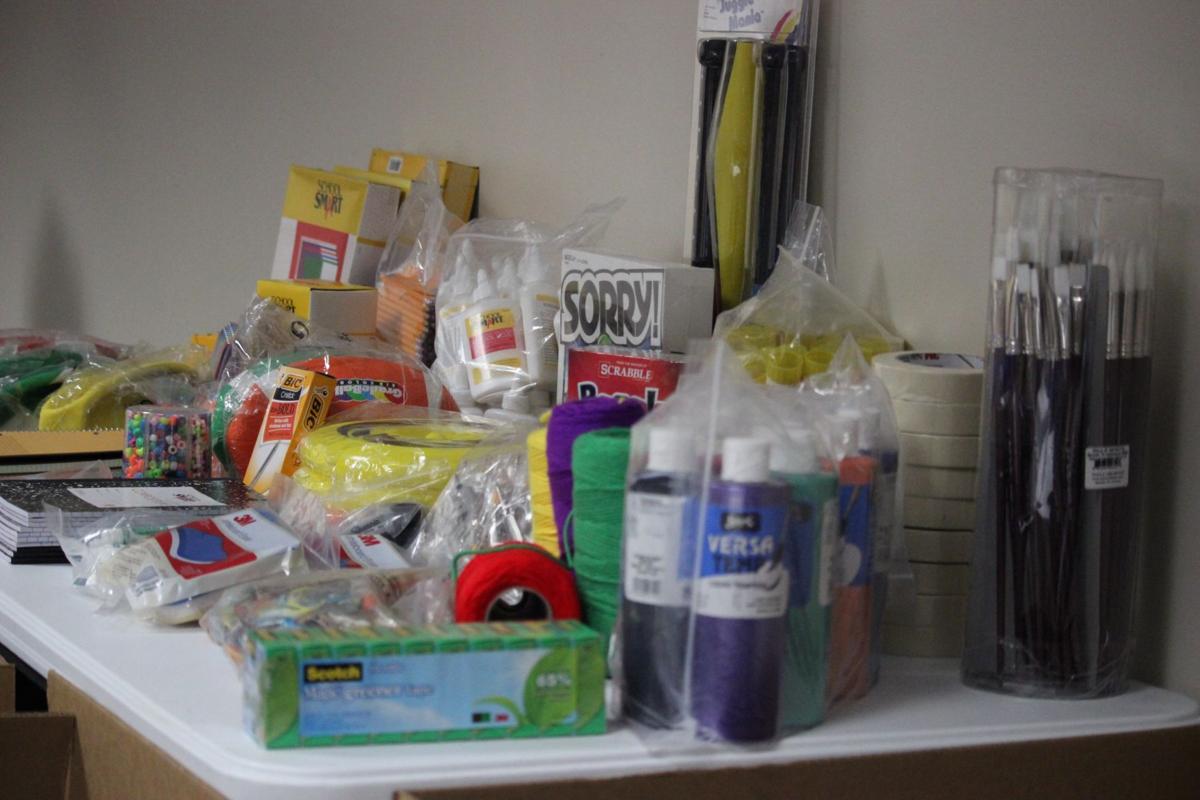 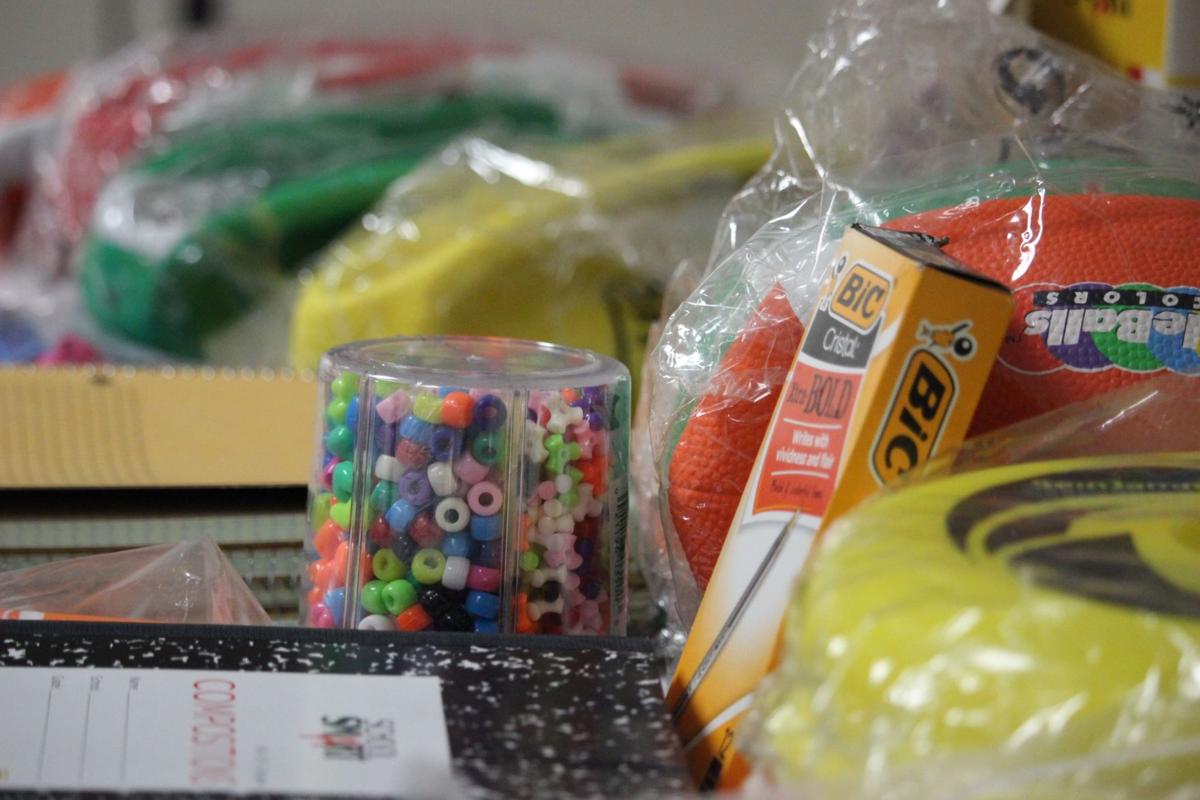 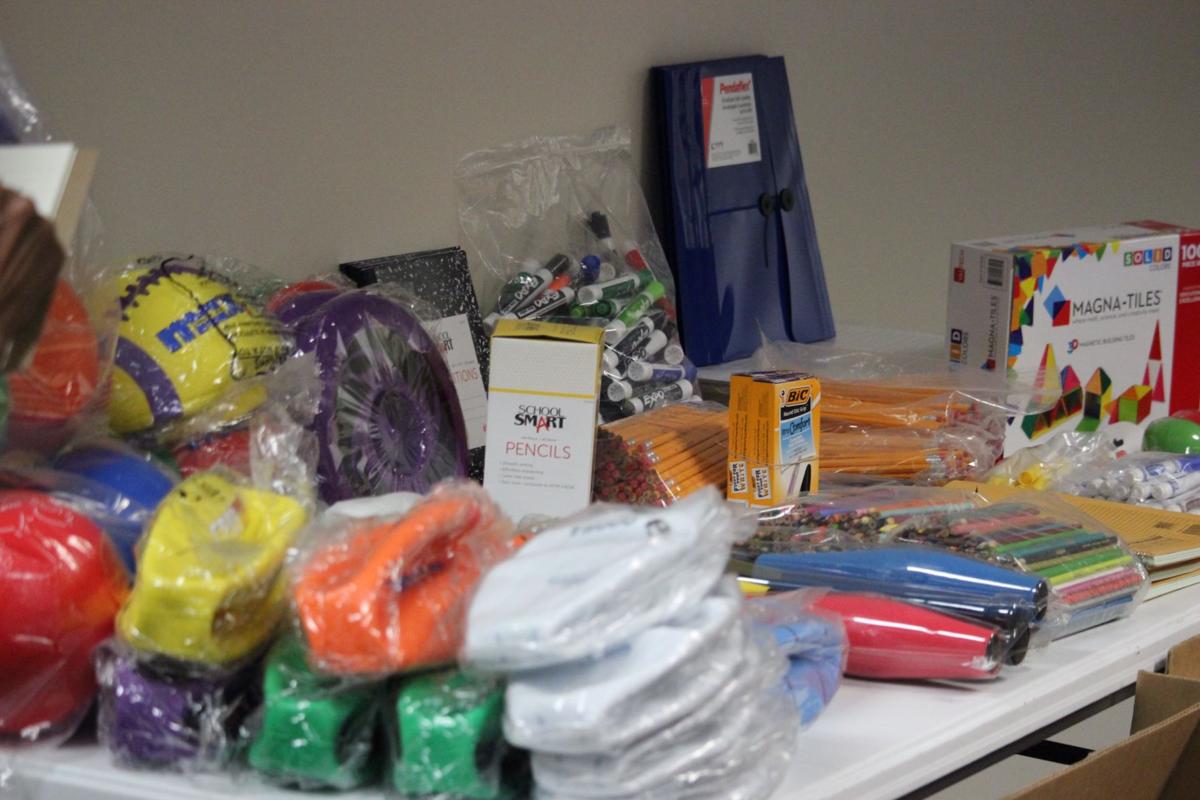 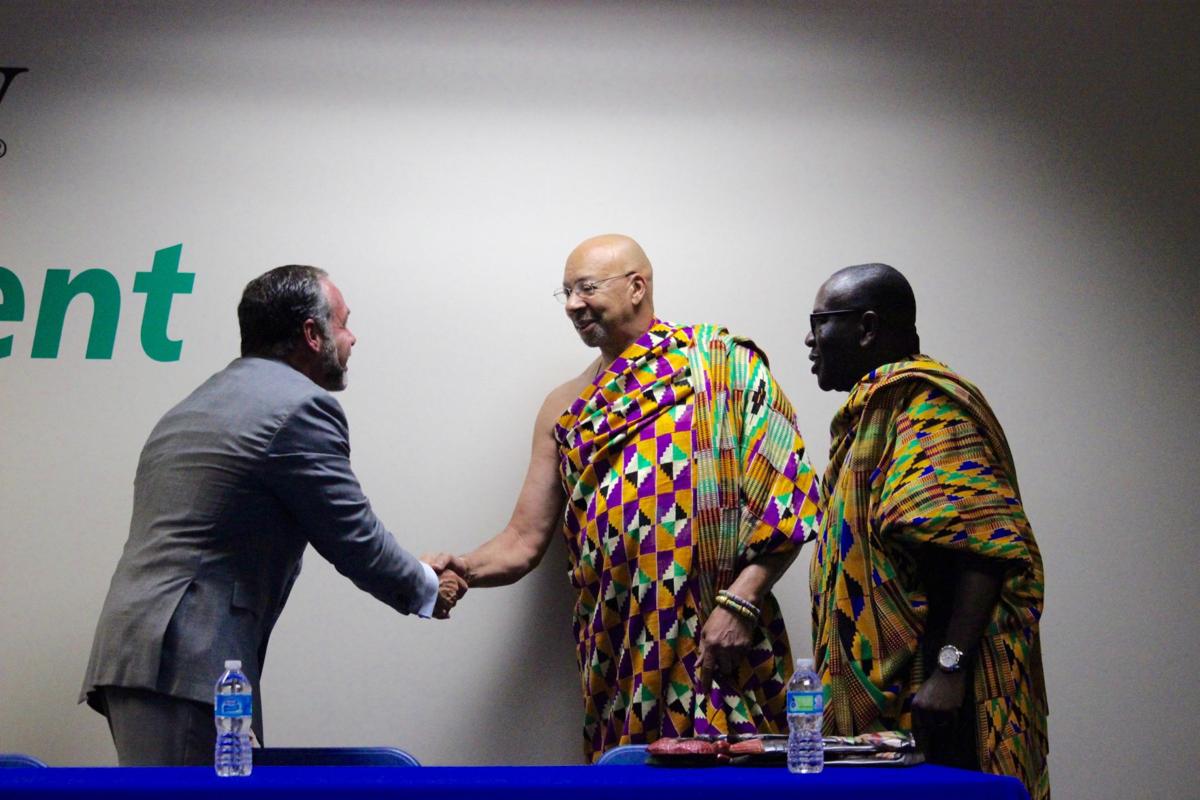 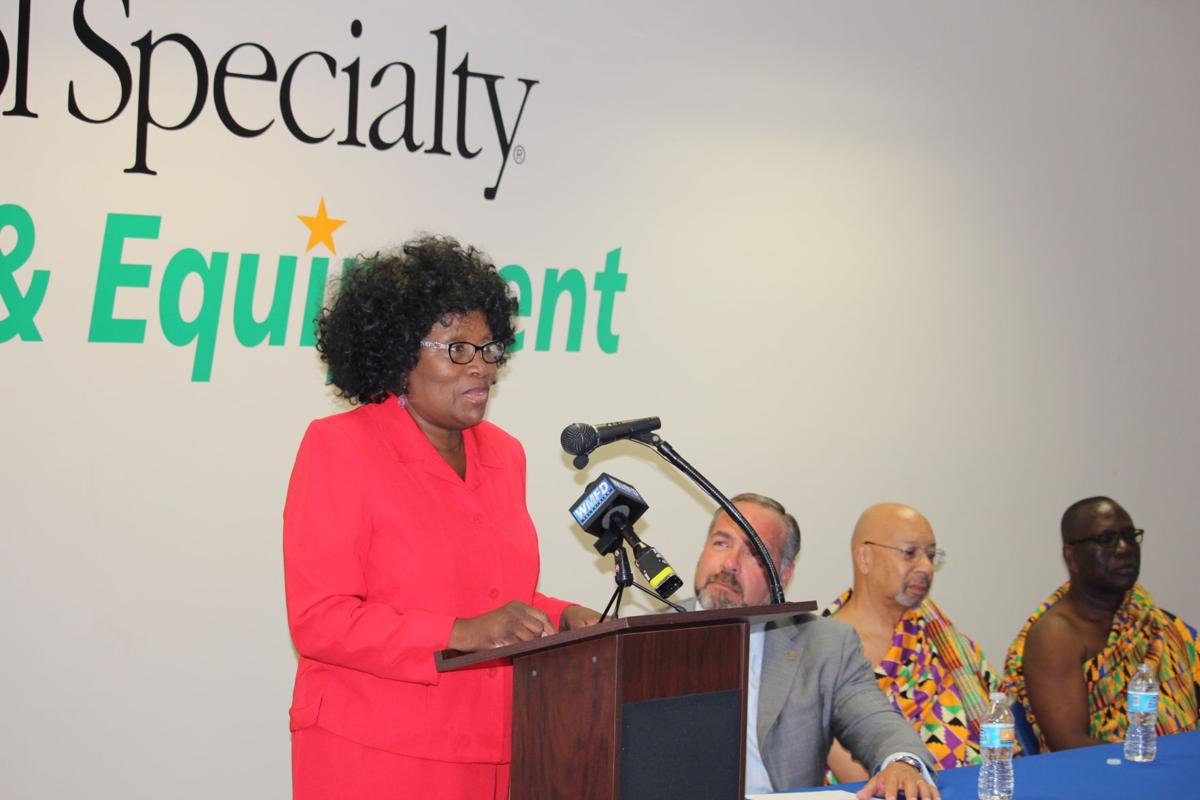 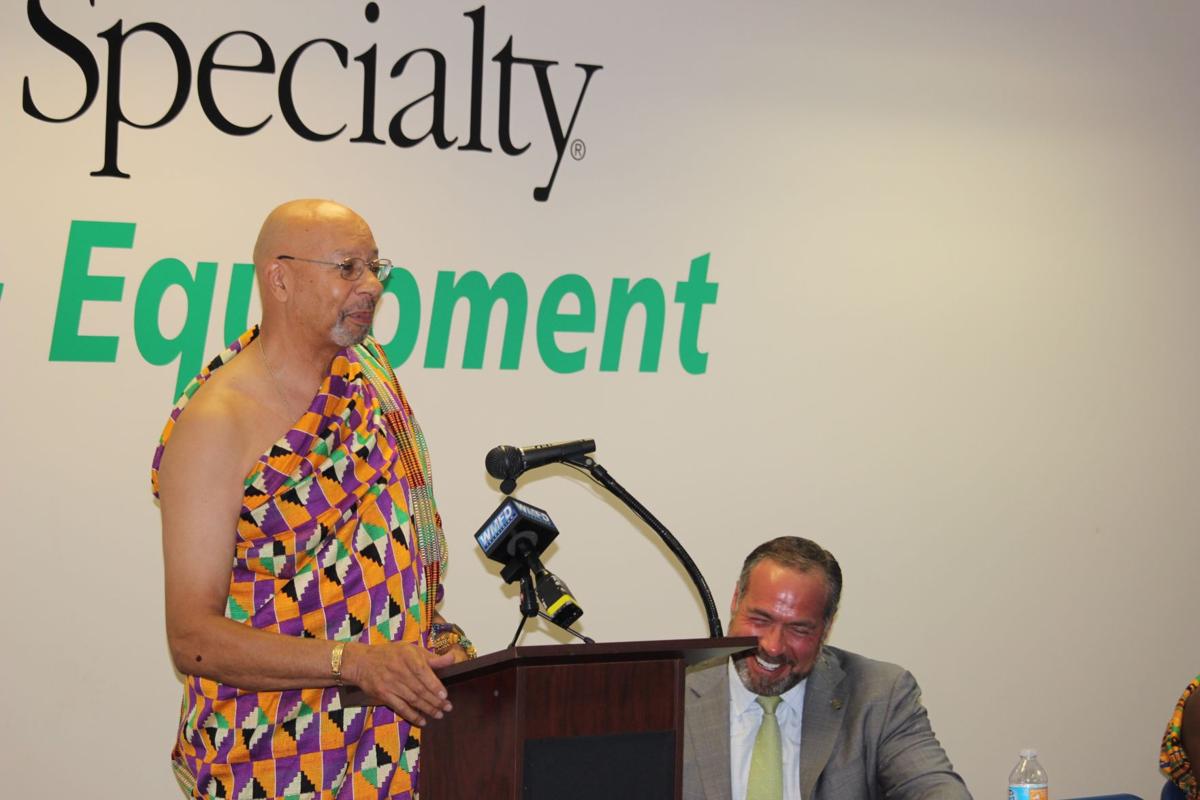 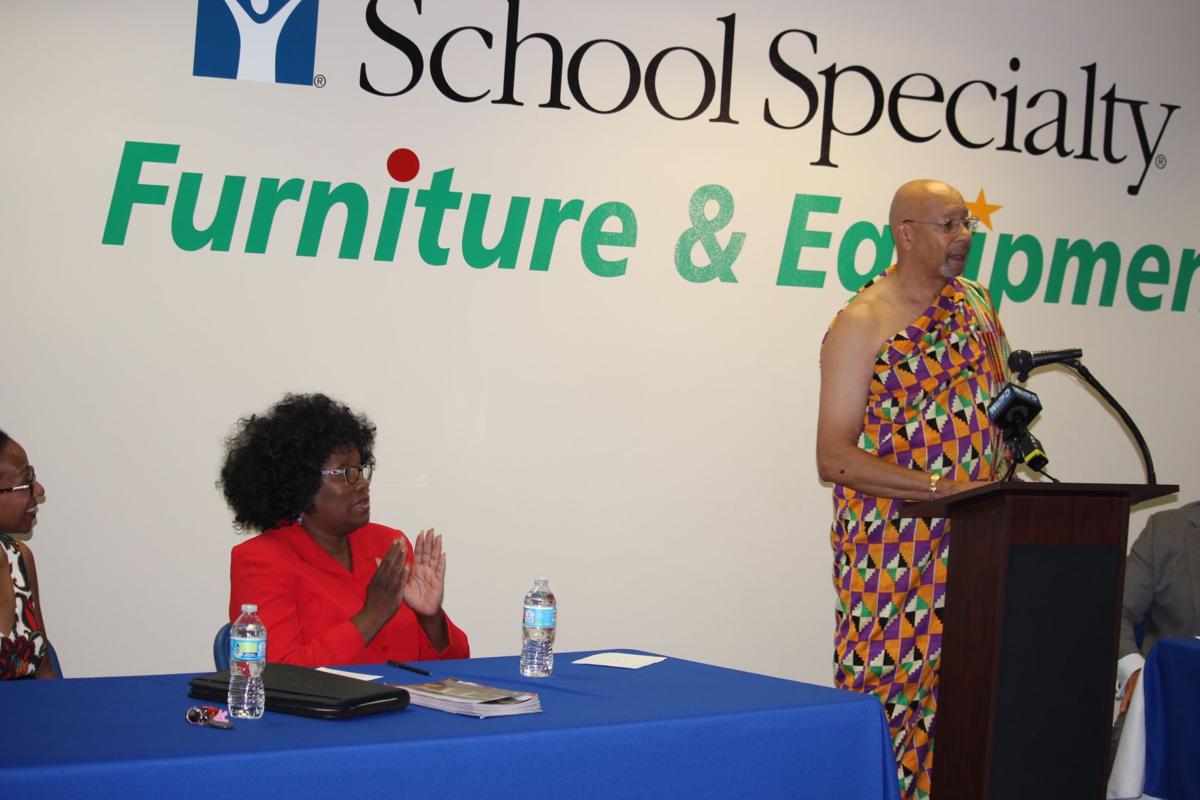 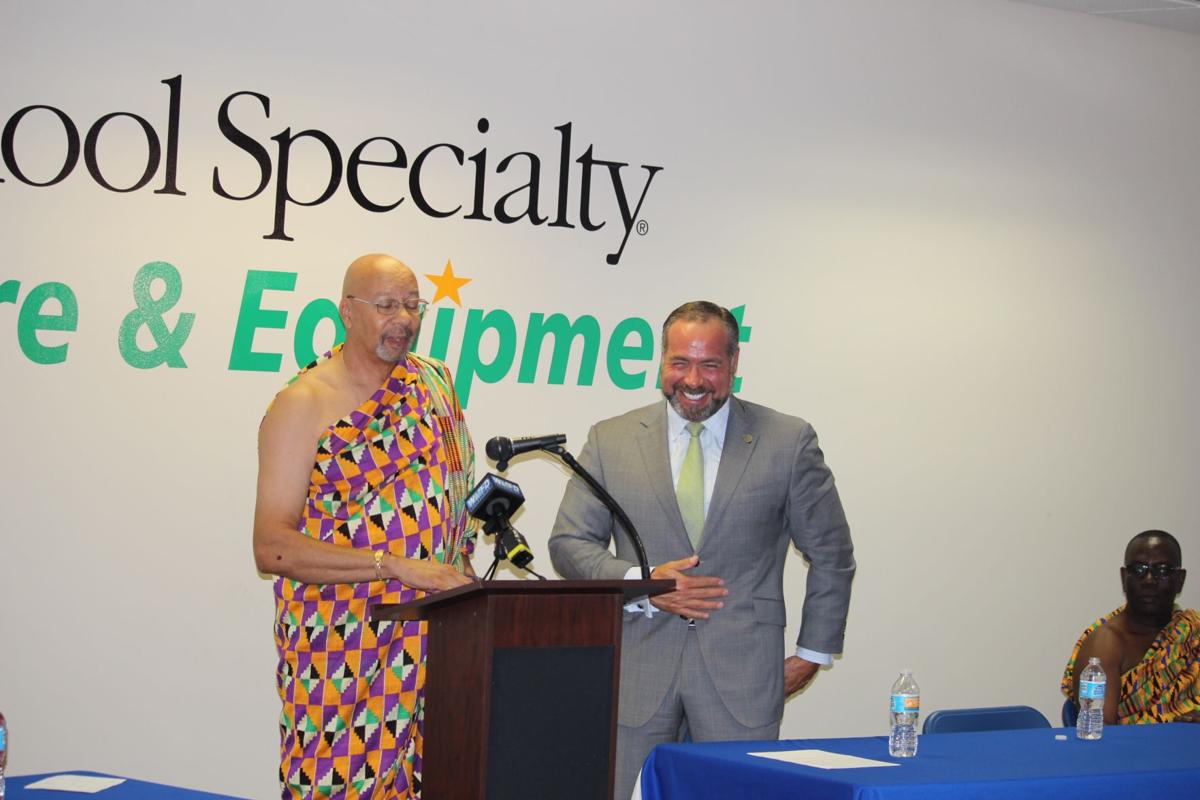 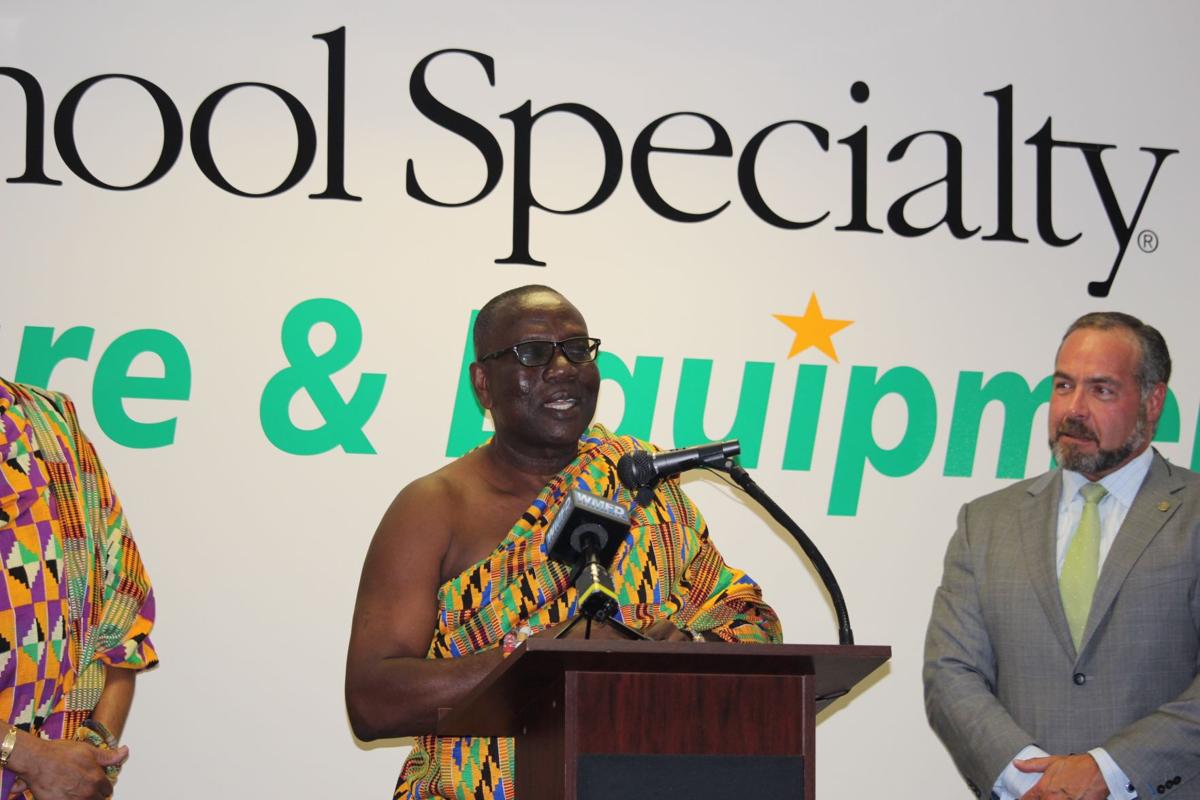 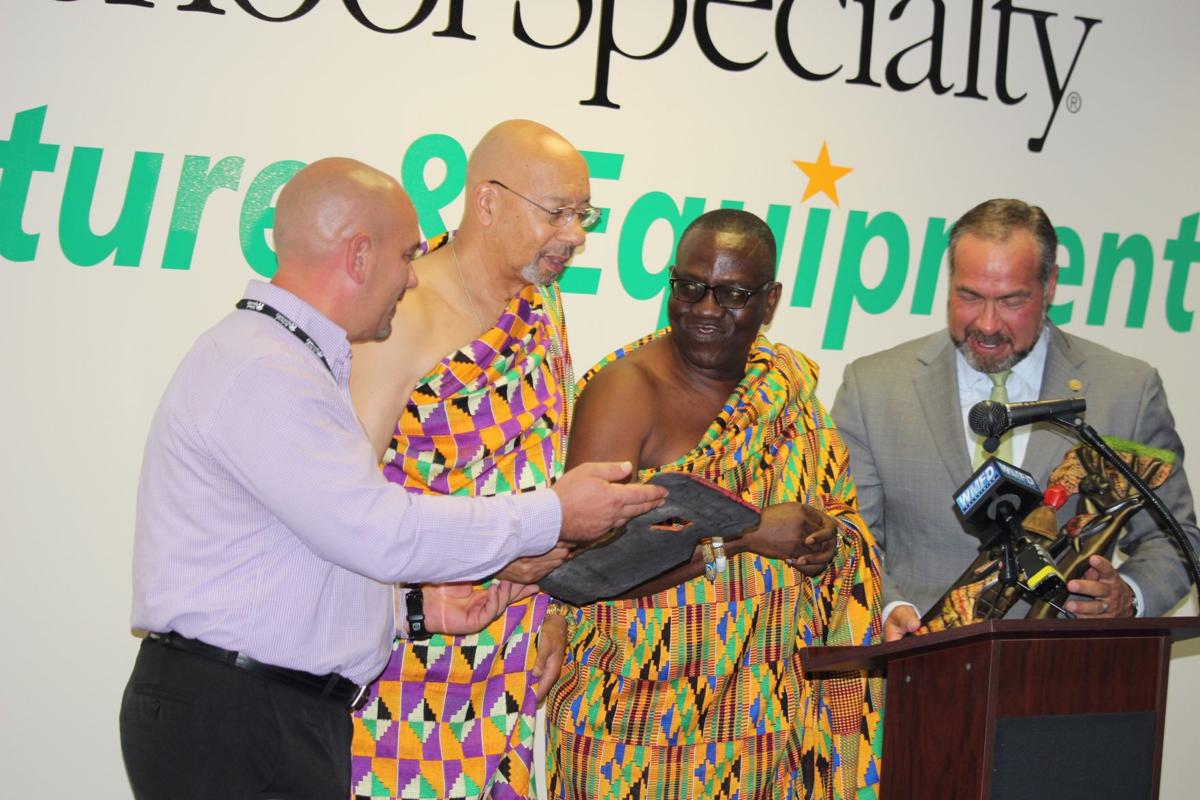 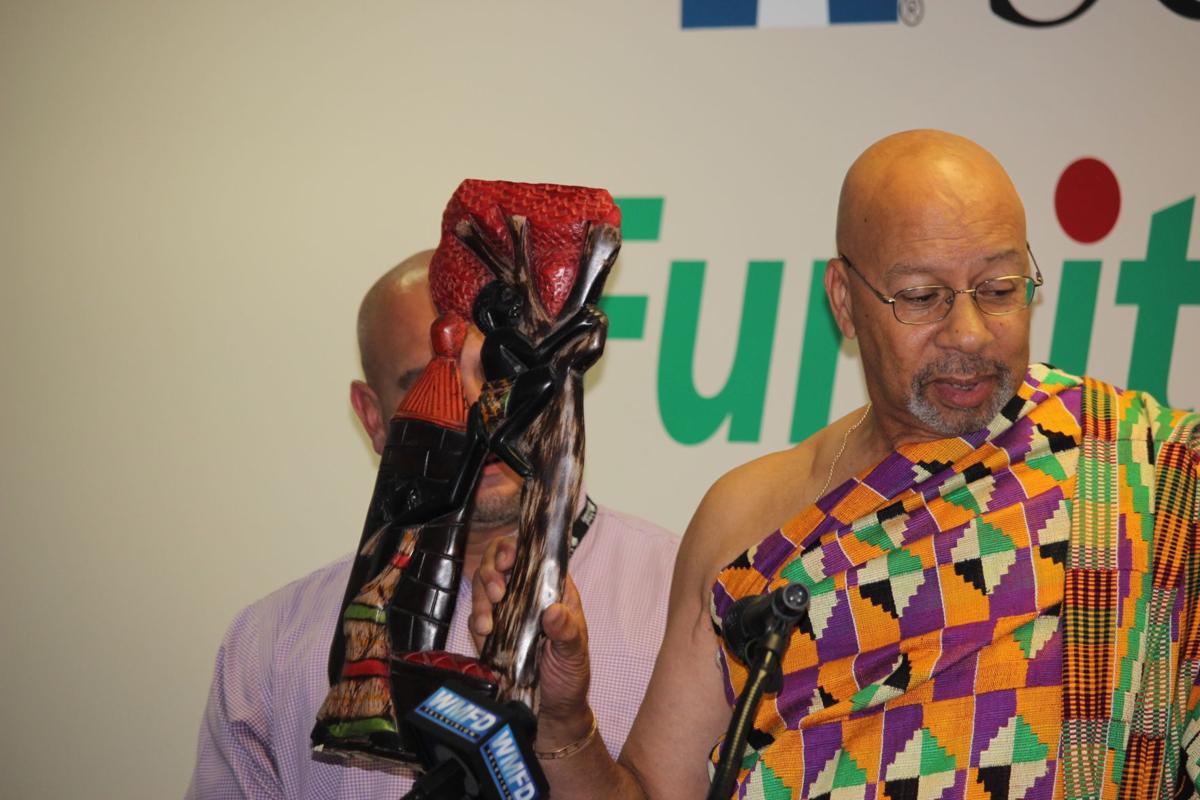 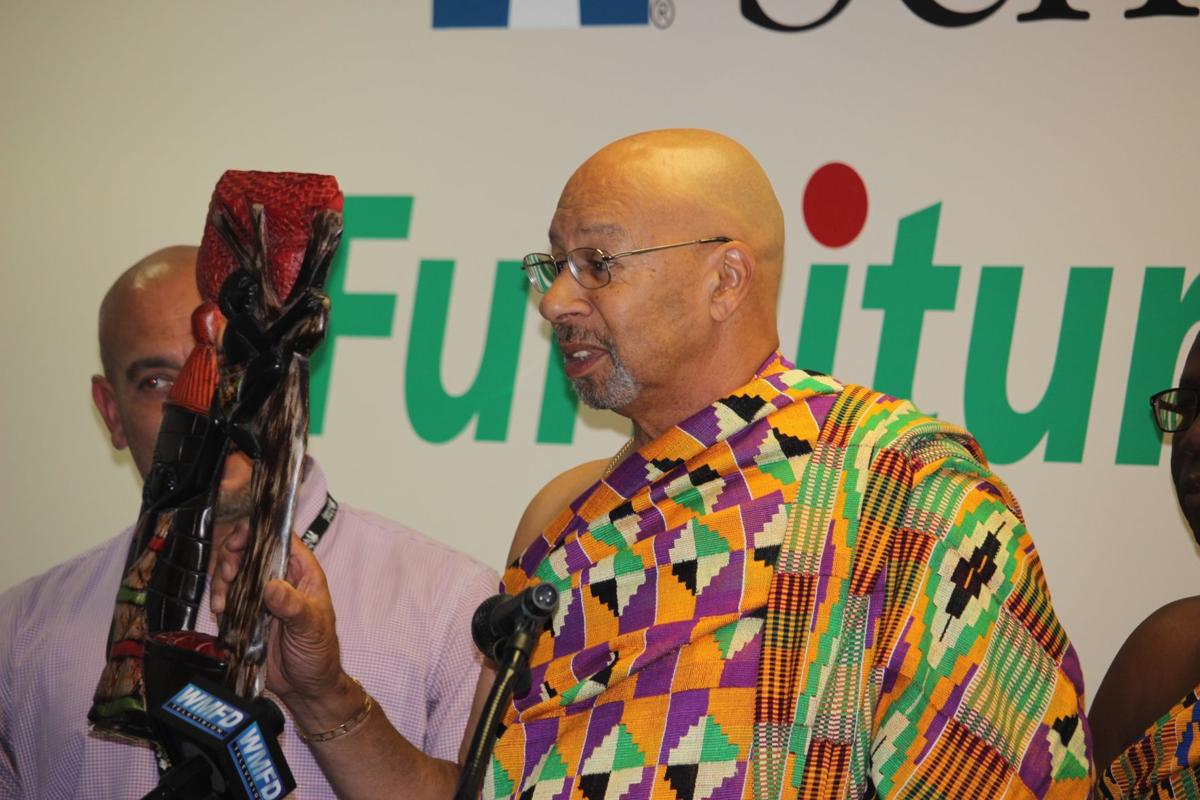 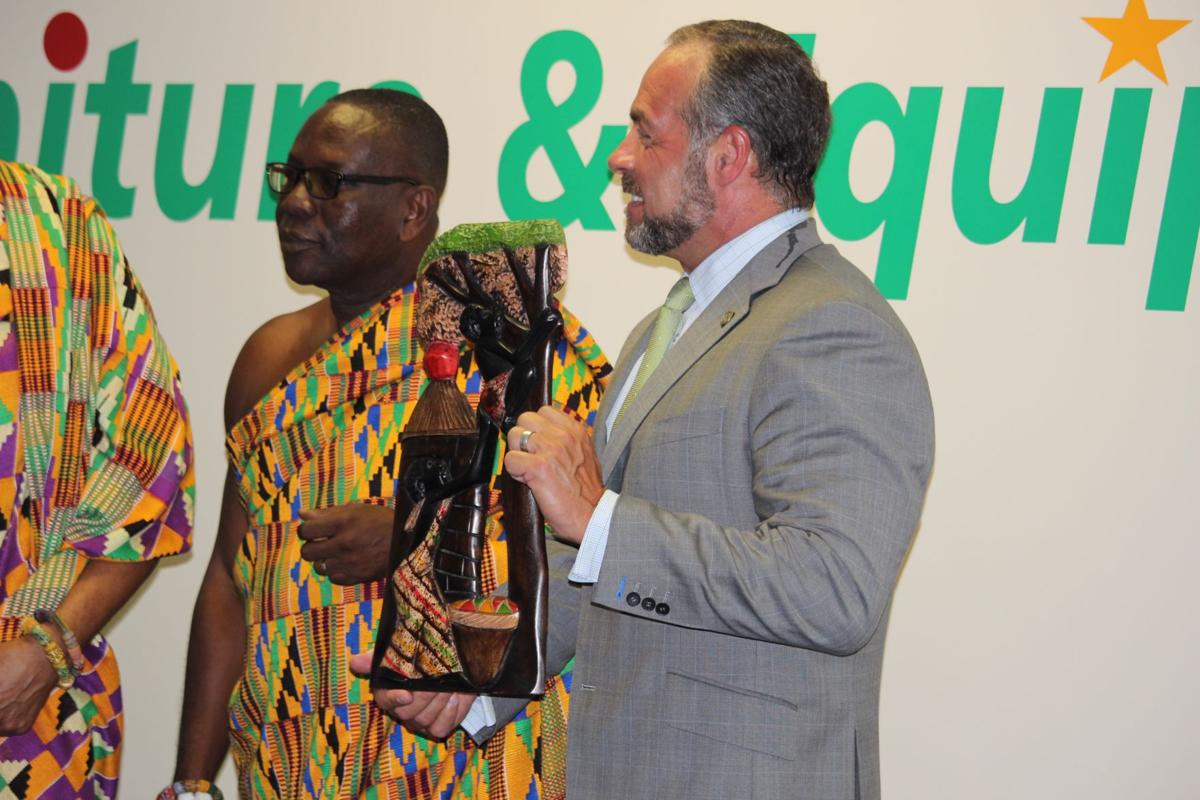 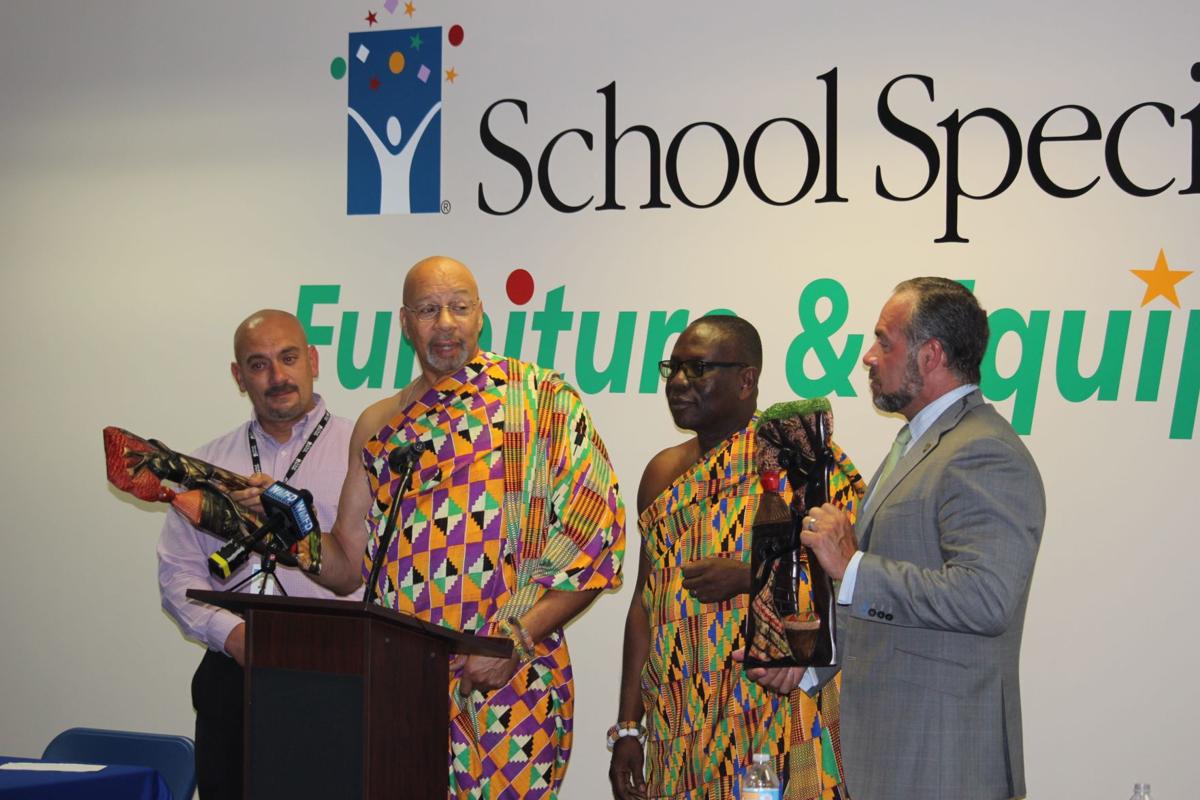 “You ask why, why did School Specialty do this? Well, here our mantra is ‘Lead with action’ it means just that. Move forward; make mistakes," Yorio said. "But even more important is to do what’s right and treat others with respect. Everyone in the company does that everyday.”

Yvonne Pointer followed the CEO’s remarks by illustrating the need of school supplies in various parts of Africa.

“The one thing that touched my heart was the spirit of these children, who I thought didn’t have anything, were just so happy if you gave them just one pencil," Pointer said. "You try to give one pencil to a child in America, you might get hit on the head.

"But these babies were so grateful for one pencil.”

Pointer’s daughter Gloria was raped and murdered in 1984. She was 14-years-old. Pointer described the experience as a turning point for her because of how traumatic the experience was.

“When my daughter was raped and murdered, I thought it was end of this world,” she said.

Instead, Pointer became an advocate for children. In 2003, Dr. Pointer received a letter from a Ghanaian boy who discovered a newspaper clipping about her daughter's murder.

In expressing his condolences, the young man wrote to Pointer explaining he had to drop out of school to help care for his mother, brothers and sisters. But he, like Pointer, wanted to be a doctor. This inspired Pointer and her friends to help the children in Africa. This led to the Gloria Pointer Memorial School opening its doors in 2015 in Atonkwa, Elmina in Ghana. There are currently three schools and a fourth one under construction.

“If you can only imagine a village that doesn’t have running water, books, school supplies, then you can imagine what I saw when I went to Africa. There are parts of Africa that aren’t like that, but the one thing that stood out to my heart was the spirit of these little children,” Pointer said. “So when we built a school, we were able to go to Antokwa and open an amazing school. Not only is the school in the village, it has running water, lights, fans and an itty-bitty toilet for the kids.”

The supplies will be donated not only to Pointer’s school but also to surrounding area schools.

The Gloria Pointer Memorial School hosts about 50 students, and during the press conference, Greg Whittaker, Pointer’s proclaimed mentor and an instructor at HBCU Preparatory Schools in Cleveland, said they have 16 new sites for schools under way. Whittaker said there are about 750 school-age children in the village of Atonkwa.

“It’s a little hard to determine (how much of the supplies has been donated), Whittaker said. “We know as people have brought supplies to the village, it will serve a large number of our students — all of our students in the Gloria Pointer school and students outside of it in the village.

“Once we get the things there, we will determine how to best use the items.”

Yorio said the amount of the donation was almost a moot point because what should be taken away from the day is the partnership School Specialty and the Ghanaian Village now share.

Yorio also said this is not the first international partnership his organization has. They have had dealings in Namibia, Africa and Canada as well.