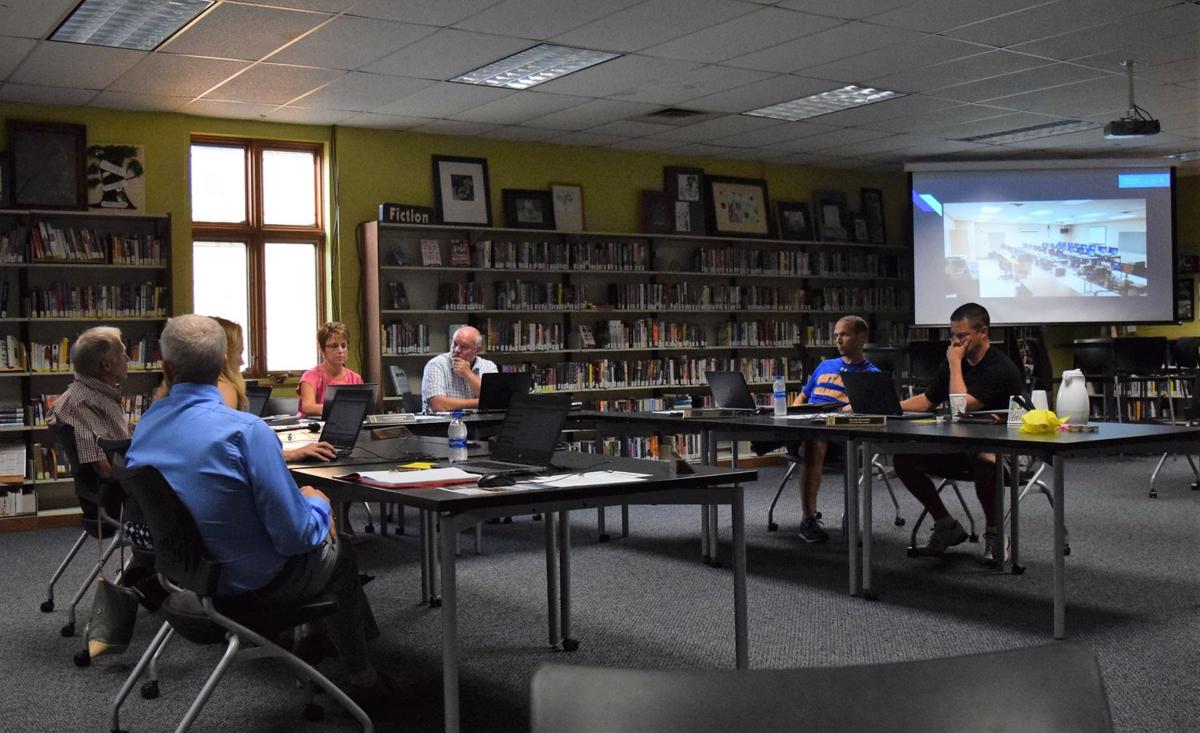 The Ontario Local Board of Education hears a report about the district's technology efforts on Tuesday evening. 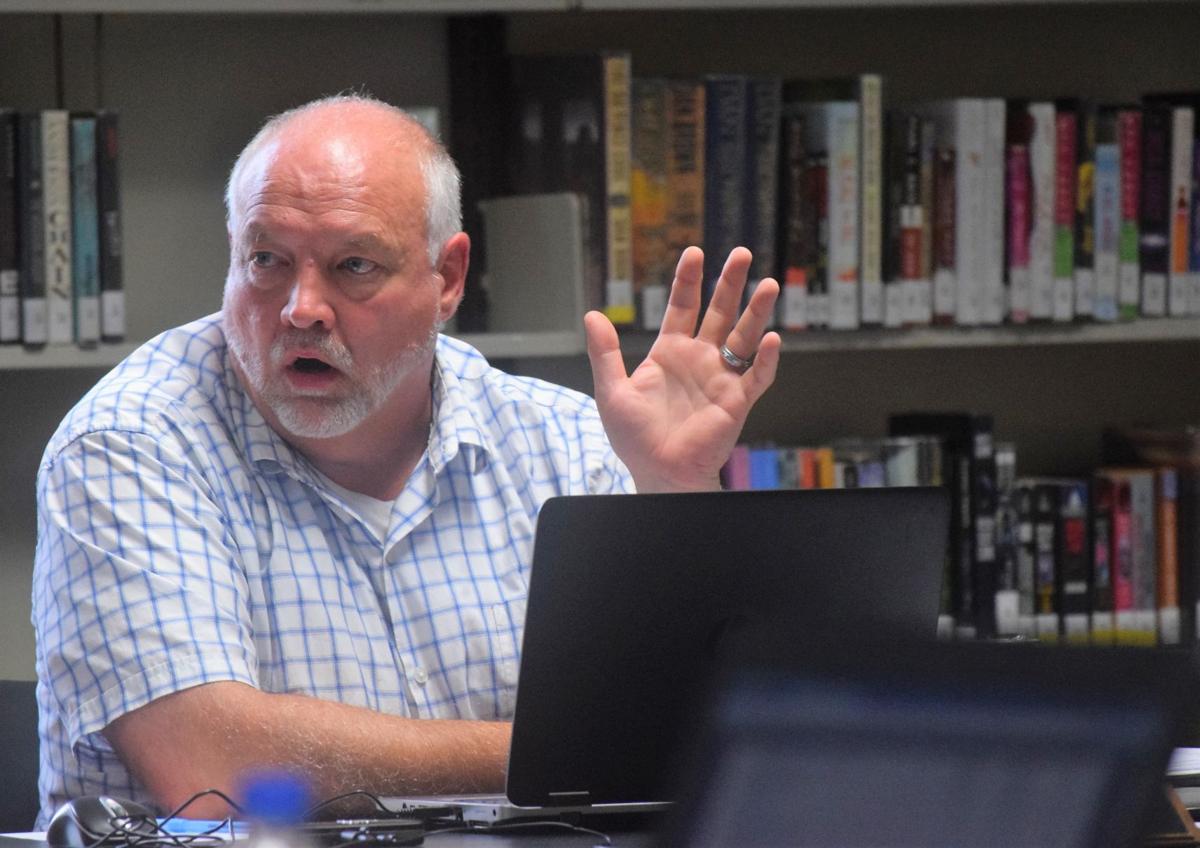 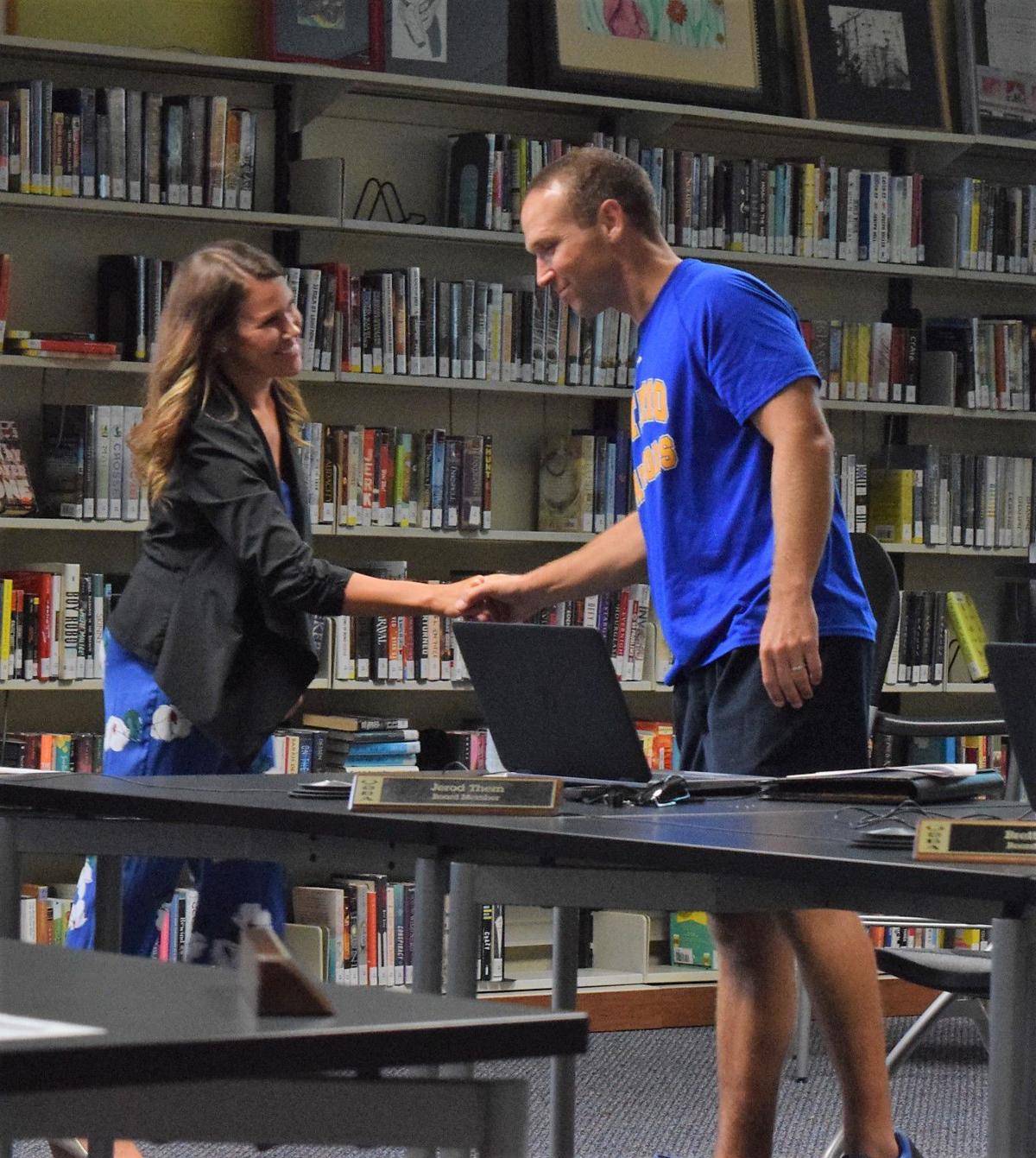 ONTARIO -- With the hiring of the final two new teachers Tuesday evening, the Ontario Local Board of Education is ready to welcome students through the doors Aug. 21.

Bessie Guy was approved as a new high school biology teacher and Cassandra VanCura as a third-grade teacher at Stingel Elementary School, both recommended by Supt. Lisa Carmichael.

Both new staff members attended the board meeting and each were welcomed with handshakes from board members. The two replace Patrick Daugherty and Kristin Eichler, whose resignations were accepted by the board on Tuesday.

BUS BONDS APPROVED: The board voted unanimously to authorize the sale of $270,000 in school bus acquisition bonds. Treasurer Randy Harvey said the bonds will allow the district to purchase three new buses now and pay for the new vehicles over the next three years.

TECHNOLOGY, CURRICULUM UPDATES: Brendan Cain, the district's director of technology, and Mike Ream, director of education, both provided updates to the board.

Cain discussed the OMS Coding Bootcamp for students this summer and the formation of the Ontario Coding Club. He also went over security and technology improvements around the district, including 1,000 new Chromebooks for student usage.

Ream discussed how specialized federal education funds coming into the district will be utilized during the 2018-2019 school year, including reading tutors at Stingel Elementary, a study of the district's math curriculum, special education funding and funds for special needs pre-school students.

INVITE TO COPELAND FIELD: Board members were invited to attend a ceremonial unveiling of a plaque honoring Roger Copeland's work as Ontario’s first football coach.

The 1964 Warrior team took it upon themselves to fund a three-foot by two-foot weather-resistant plaque granite mounted at the entrance to Copeland Field. The plaque will be the focal point of an honorary brick garden.

SUPPLEMENTALS APPROVED: The board approved a flurry of supplemental contracts recommended by Carmichael, including Heath Sager to be the head coach of the first official Ontario High School girls' golf team.

33 Forever Scholarship to be awarded to seniors at Lexington & Ontario

MANSFIELD -- The mental health nonprofit 33 Forever has announced i…