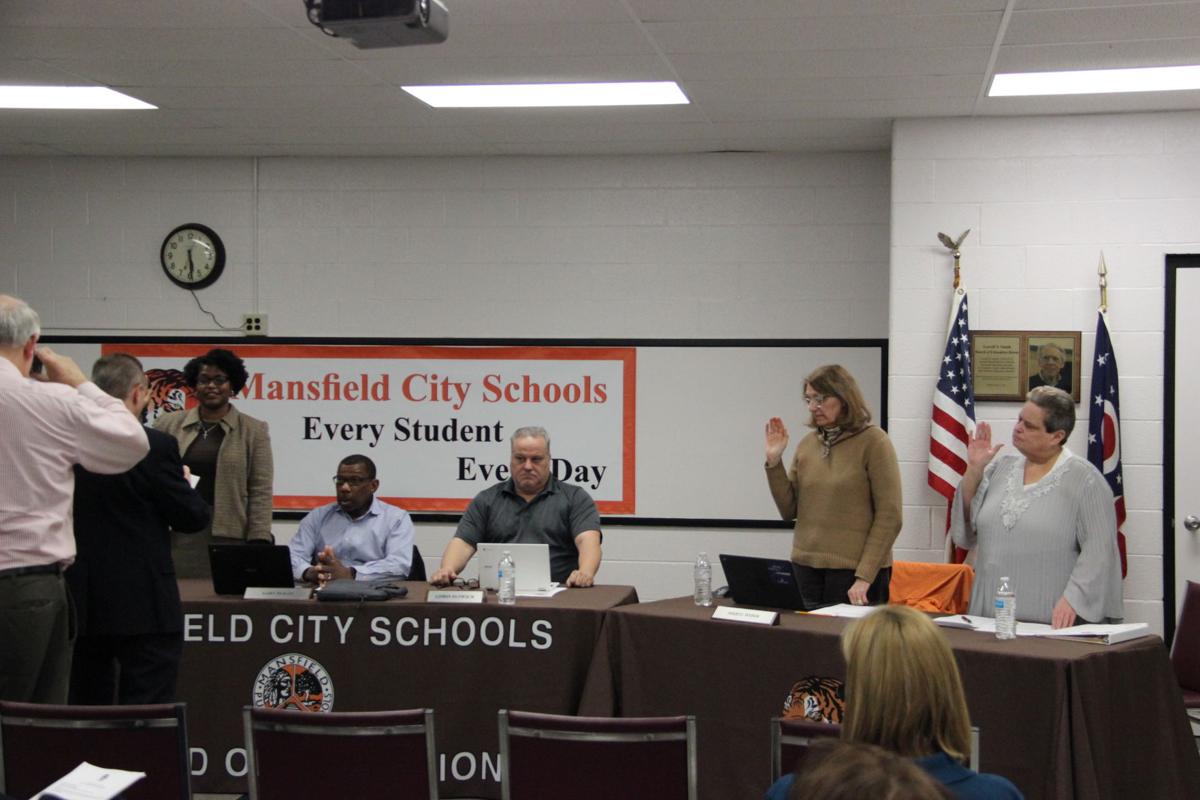 The standing board members are sworn in after earning their seats in the Nov. 6 election. From right to left, Linda S. Golden, Sheryl Weber, and Renda Cline. 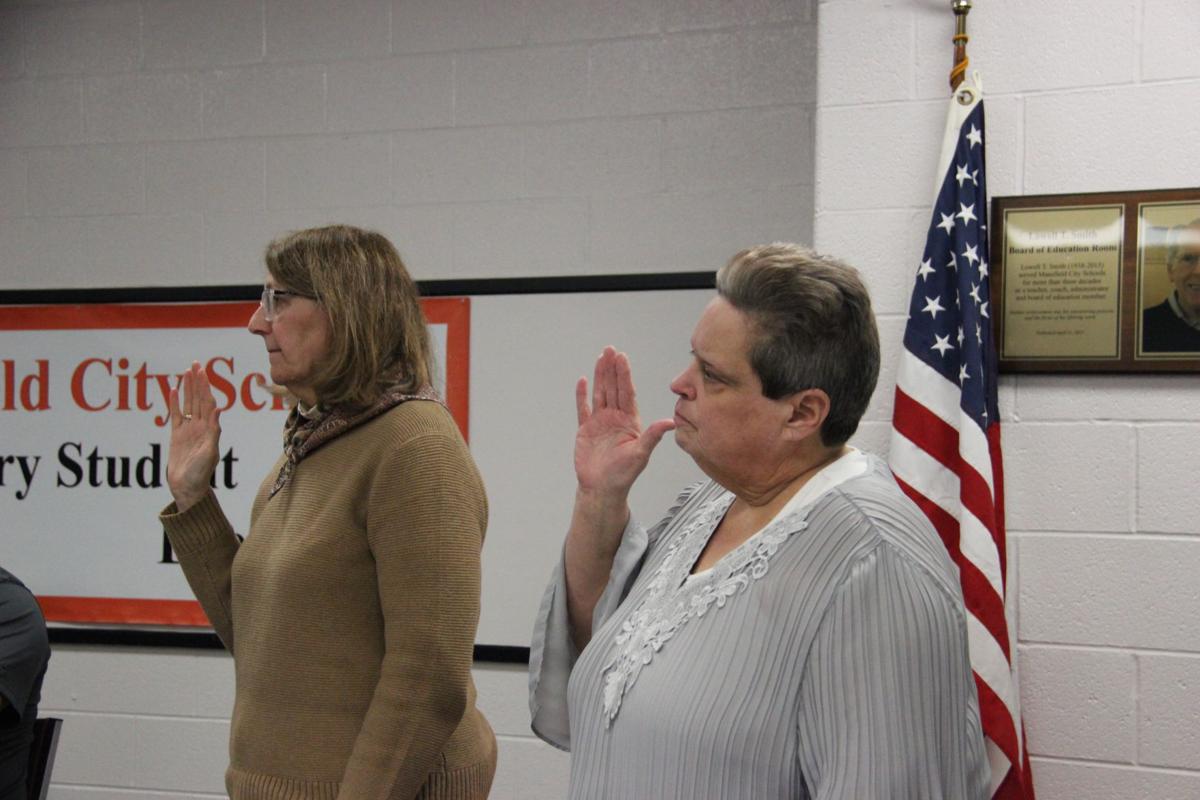 From left, Sheryl Weber and Linda S. Golden are sworn in to their seats as board members of the Mansfield City School District. 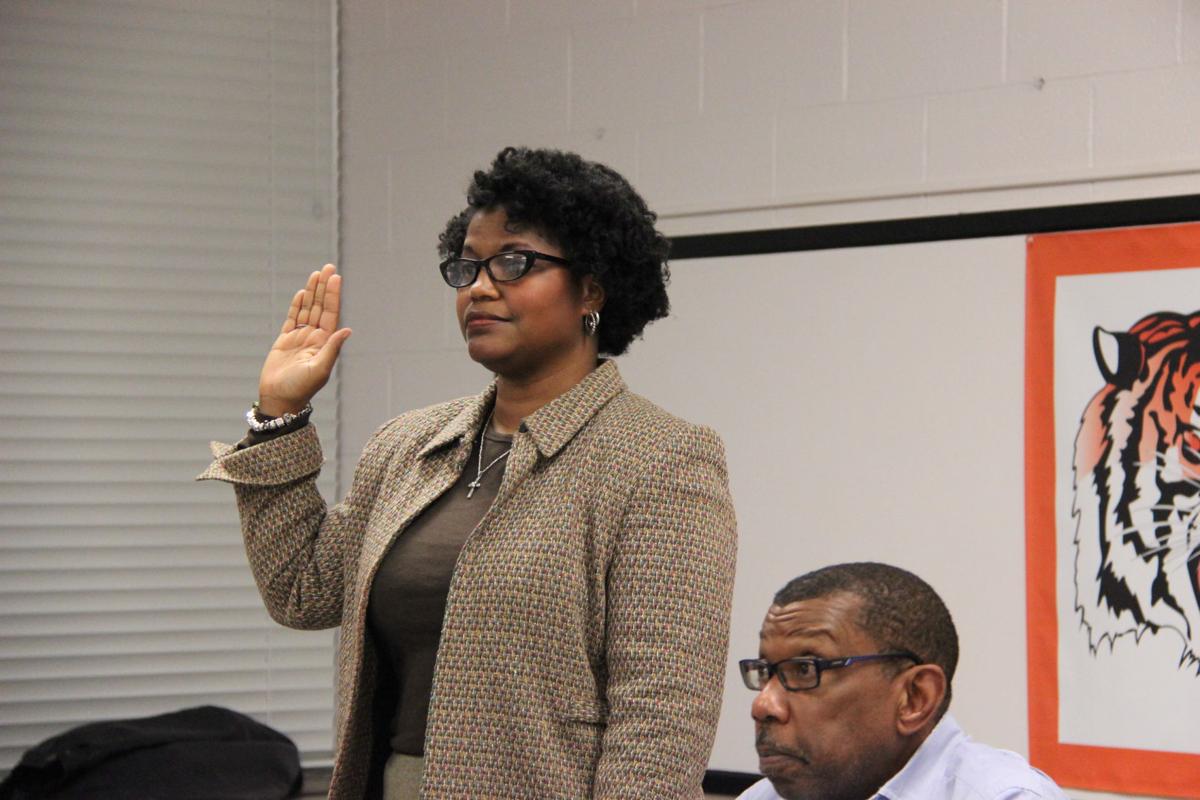 Renda Cline is sworn in as the newly elected president of the school board. This is her third time as president and has been on the board for eight years. 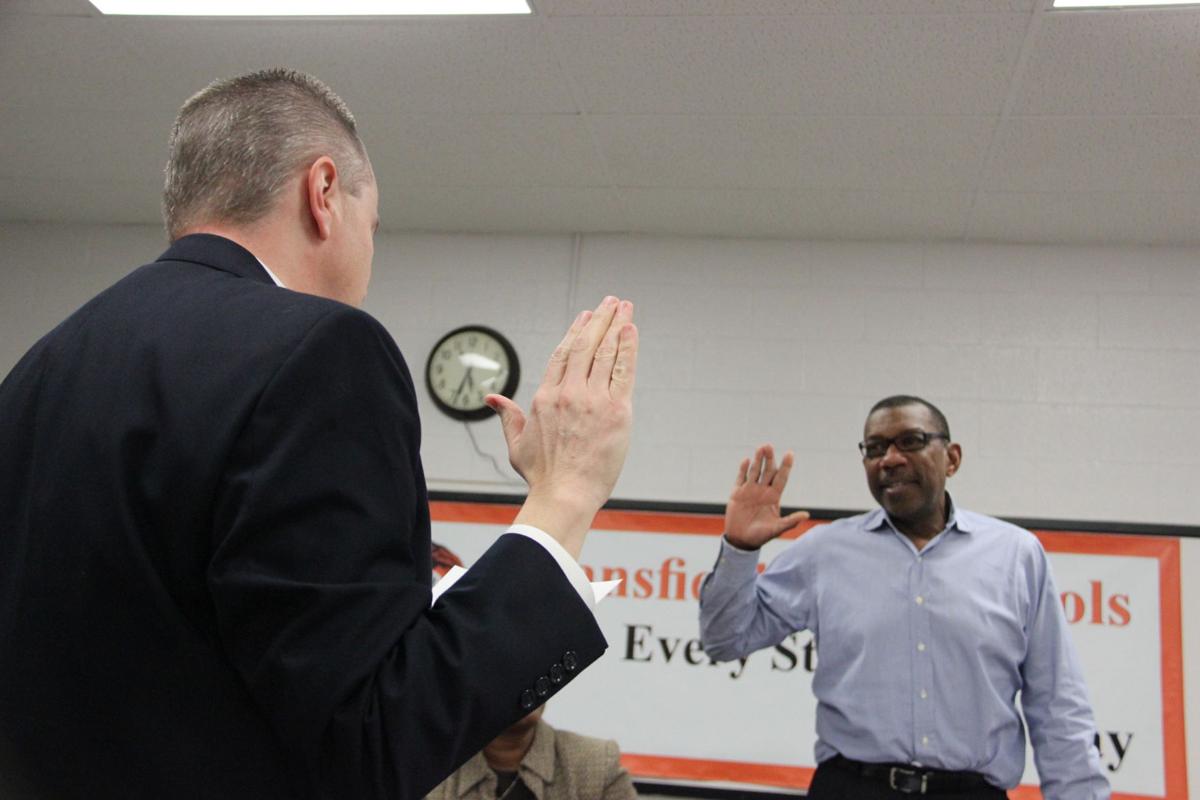 Mansfield School District treasurer Robert Kuehnle (left) swears in Gary Feagin as the Vice President of the school board for his second year.

MANSFIELD -- The Mansfield City School Board has its sights set on continuing the academic momentum the district generated last year.

At Tuesday night's first school board meeting of the year, board members Renda Cline, Sheryl Weber and Linda S. Golden were sworn in after earning the public's vote in the Nov. 6 election.

Judy Forney, who lost her seat to Golden, was in the audience for the meeting.

"I'm very excited about getting to improve the academics and having the opportunity to have a voice," said Golden, who was an educator for 13 years at Mansfield Senior High School. "It's going to be fun having a voice on this side of the table.

Cline and Feagin will continue to head the board, keeping their positions as president and vice president, respectfully.

Cline is serving her third term as president of the school board. Feagin is serving his second.

"I think we have a great team," Cline said. "I think we work really well together in supporting (superintendent) Stan Jefferson. I'm glad to be serving with Mr. Feagin again."

The board agreed unanimously to continue meeting at 5:30 p.m. on the third Tuesday of each month.

Cline and Feagin said they hope to continue the academic progress they saw on the Ohio Department of Education's grade cards for the district.

"I'm looking forward to see the progress of the one-to-one initiative that Mr. Jefferson brought to us," Cline said. "I'm really excited about where this district is going."

"I'd love to get our grade cards up," Feagin added. "There are so many exciting things happening in the district right now and I'm excited to be apart of it."

33 Forever Scholarship to be awarded to seniors at Lexington & Ontario

MANSFIELD -- The mental health nonprofit 33 Forever has announced i…