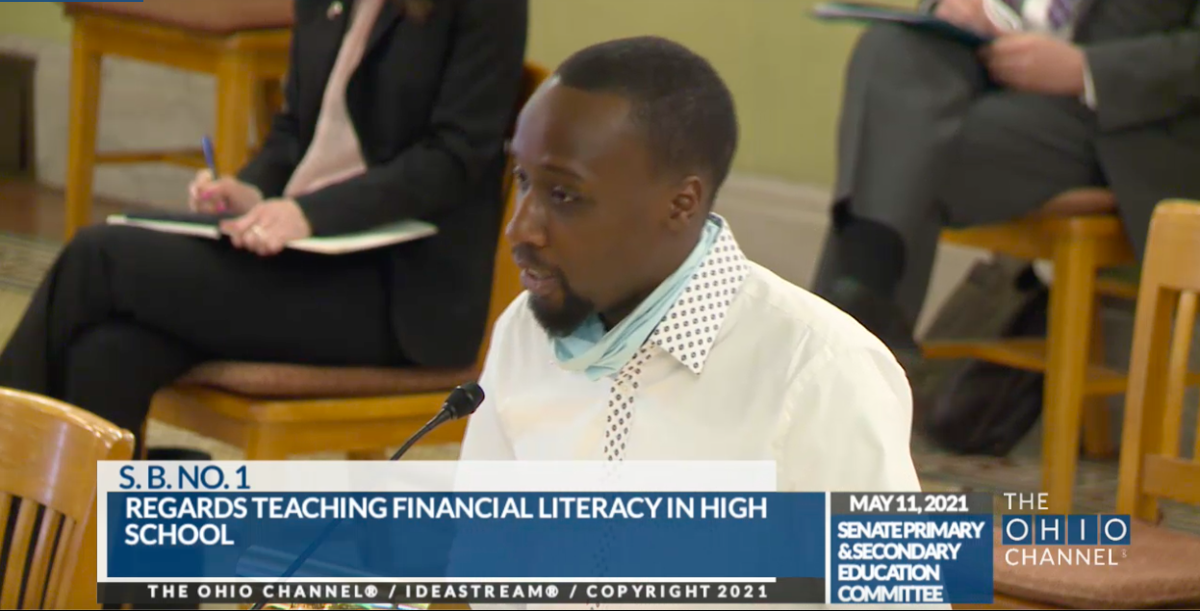 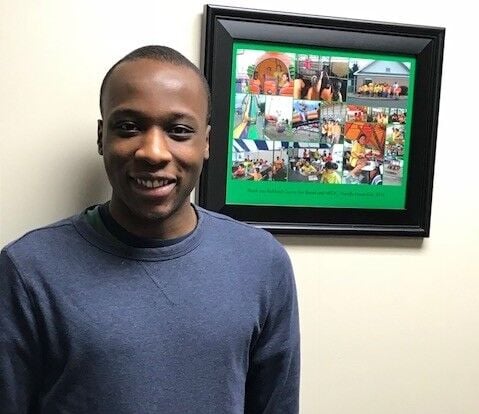 Edward Akinyemi is a Lucas resident and entrepreneur. (NECIC photo) 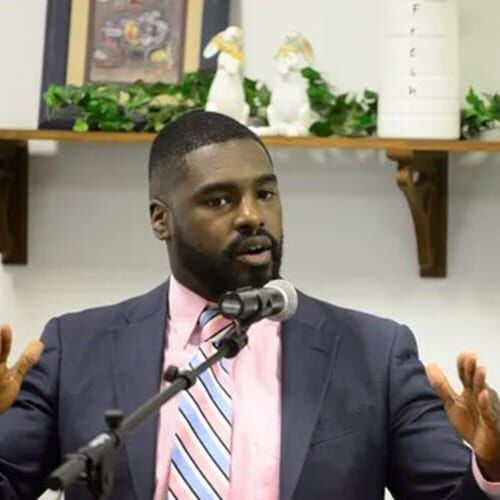 A Lucas resident and founder of the Financial Literacy Movement, Akinyemi was grateful on Wednesday when all 32 state senators approved SB 1, a piece of legislation requiring high school students to take a half-credit course in financial literacy.

The bill now moves to the Ohio House for consideration. Akinyemi said he plans to testify before the House as well.

A former grant writer and business counselor for the North End Community Improvement Collaborative, Akinyemi testified about the bill before the Ohio Senate on Tuesday and also took written letters of support from more than 30 residents in the area.

“Government is a lot more accessible than people think,” he said. “Anybody can walk into these meetings. You just have to go through security.”

During his testimony before the Senate's primary and secondary education committee, Akinyemi told lawmakers the state’s current financial literacy requirements are not sufficient to prepare students for adult life.

“Courses like financial literacy should be the most highly prioritized ones in our schools,” Akinyemi said during Tuesday’s televised hearing.

Akinyemi told the senators the state must stop waiting for young people to develop financial problems "when we have the tools to solve them right now."

"We can't wait for people's credit to become damaged, for them to be drowning in tens of thousands of dollars of student loan debt and for people in their 40s and 50s who have never heard of a 401k,” he said.

“We need to teach kids when they're young how to prevent this from happening in the first place, instead of waiting until they are older," he said.

“It’s a little intimidating at the start, but then you realize they're just ordinary human beings like you,” he said.

The bill, if approved and signed into law by Gov. Mike DeWine, would start with this fall's freshman class. It would also require educators teaching the course to have an educator license validation in financial literacy by the 2023-2024 school year.

It also creates a fund to reimburse school districts for those licensure costs.

Mansfield City Council member Alomar Davenport, who represents the 4th Ward, was among local residents who submitted written testimony. He said he was "ecstatic" the Senate approved the measure, which had Sen. Mark Romanchuk (R-Ontario) as a co-sponsor.

Davenport said he supported the measure because not all children are taught good money management skills at home and teaching these skills in school would level the playing field.

“(Financial literacy) is important, especially in areas like Mansfield where people who typically do not come up learning about financial literacy end up behind the curve,” he said.

Mansfield resident Carla James was also pleased to hear the outcome of Wednesday’s vote. James said she submitted testimony in favor of the bill because of her own history with financial literacy.

“My family didn’t do a good job teaching me about financial literacy. I had to learn through trial and error -- and there was a lot of error,” she said.

Now a grandmother, James is trying to pass on good money management skills to her grandchildren -- but she thinks a school course requirement would help.

SB 1 will now be referred to the Ohio House for additional testimony and review, according to Rep. Marilyn John (R-Shelby), who represents Richland County.

John expressed enthusiasm regarding the bill's mission, but said she'd have to read the bill in its entirety before deciding how to vote.

“On the surface, financial literacy is something I support. I am very careful though, having served in local government, about putting out unfunded mandates," she said.

"I think it would be great for the schools to do this, but sometimes the devil is in the details," John said.

How do I give written or verbal testimony on a bill?

Ashley Ringle, director of communications for the Ohio Municipal League, said that giving written or verbal testimony is the best way to share your opinion on a bill with elected officials.

Ringle recommends giving testimony in front of a committee rather than waiting for the bill to make it to the House or Senate floor, since committees decide whether or not to forward bills on for a vote. Bills typically have a minimum of three hearings in committee -- one for the bill sponsors, one for supporters of the bill and one for opponents of the bill. More complex legislation may have more than three hearings.

"They may or may not read your written testimony, but they 100 percent will hear you if you give verbal testimony," Ringle said. "That's not to say they don't read them, but it's going to be most effective to show up because then they have to hear you and they can ask questions."

Anyone giving testimony must also fill out a witness form with basic information including the person's name, address, their position on the bill and whether or not they are part of a lobbying group.

Committee chair and meeting information is available at https://www.legislature.ohio.gov.

Edward Akinyemi thinks schools should be doing more to teach students about personal finance, so he launched the The Financial Literacy Movement, a website advocating for a financial literacy course requirement in every American high school.