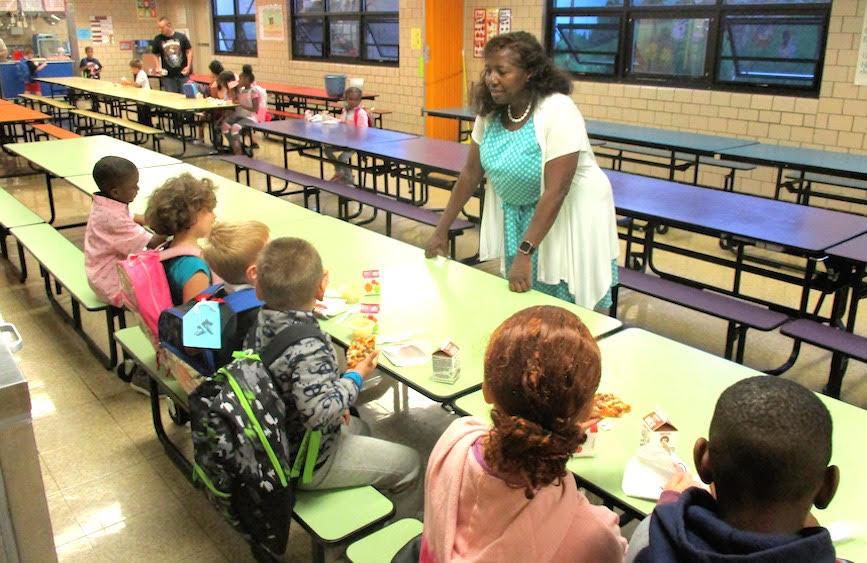 Principal Renee Bessick talks with children as they eat breakfast in the Prospect Elementary School cafeteria. 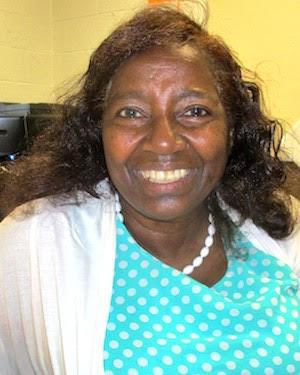 The August 2010 story described Bessick’s assignment as principal of Woodland Elementary School, where she succeeded Stephen Rizzo, after her 30-year district career as a classroom teacher and Title 1 reading recovery teacher.

Bessick retired in 2015 after five years at Woodland but earlier this month she answered the district’s call, accepting a one-year contract to return as principal of Prospect Elementary School. The Prospect vacancy was created by the reassignment of Jason Douglas as principal of Mansfield Middle School.

So, was it difficult to come out of retirement?

“I never lost my love for doing this, so it wasn’t as hard a decision as it might have seemed,” Bessick said. “I love being around the kids again and working with our teachers and the community.”

In the 2010 story Bessick described her reaction to being named Woodland principal.

“It’s something I have worked toward and something I want very much to do,” she said then. “The timing is right. Leadership requires a lot of time and I didn’t want to do it when my children were young.”

Jonathan Bessick, the youngest of her seven children, was a senior at Mansfield Senior High in the fall of 2010. He’s now a third-grade teacher at Sherman Elementary and an assistant coach in the Senior High football program.

Bessick, a grandmother of nine, earned her undergraduate degree from the University of Rio Grande, her master’s from The Ohio State University and her principal’s certificate from Ashland University.

She hit the ground running at Prospect this month, in large part, she said, because of the support of the entire Prospect staff. Grades 1, 2 and 3 started school on Monday. Thursday was the first day for kindergarten children.

“The staff here really cares about our kids and they have helped me greatly to get things up and running,” Bessick said.