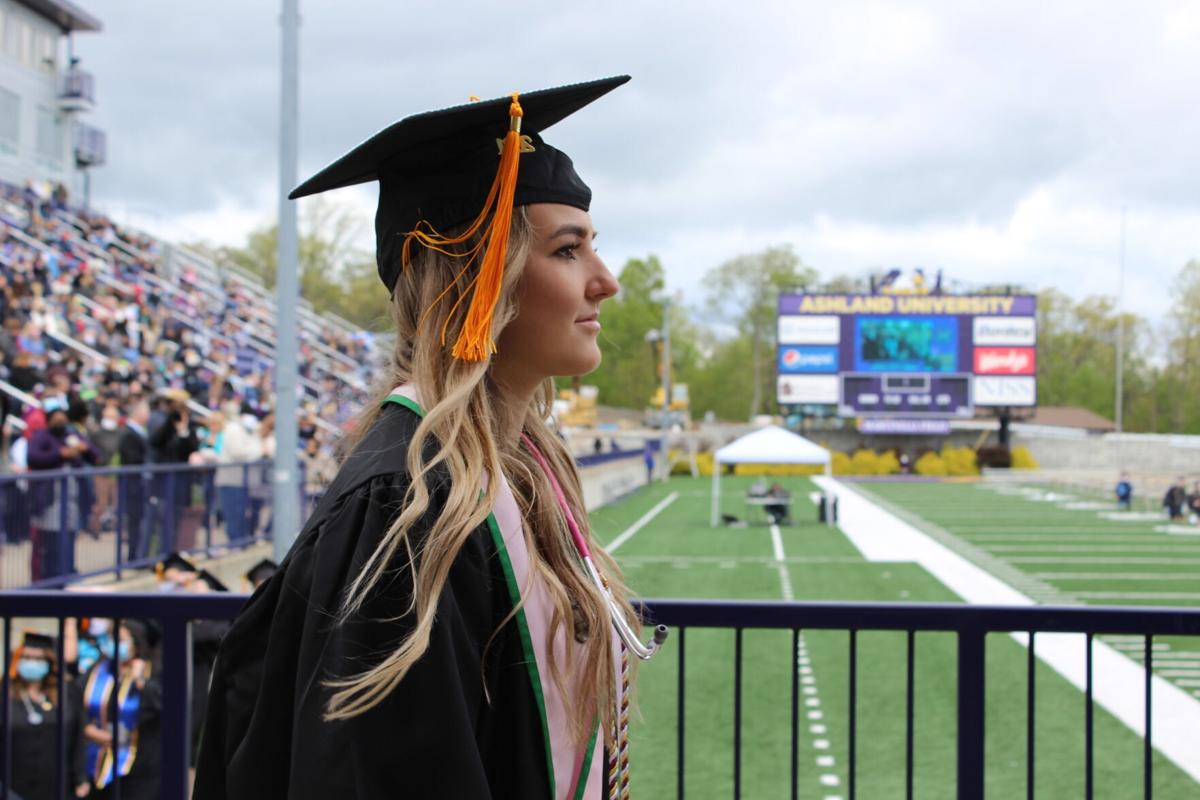 An Ashland University nursing student waits in line to receive her bachelor's diploma during a commencement ceremony Saturday. 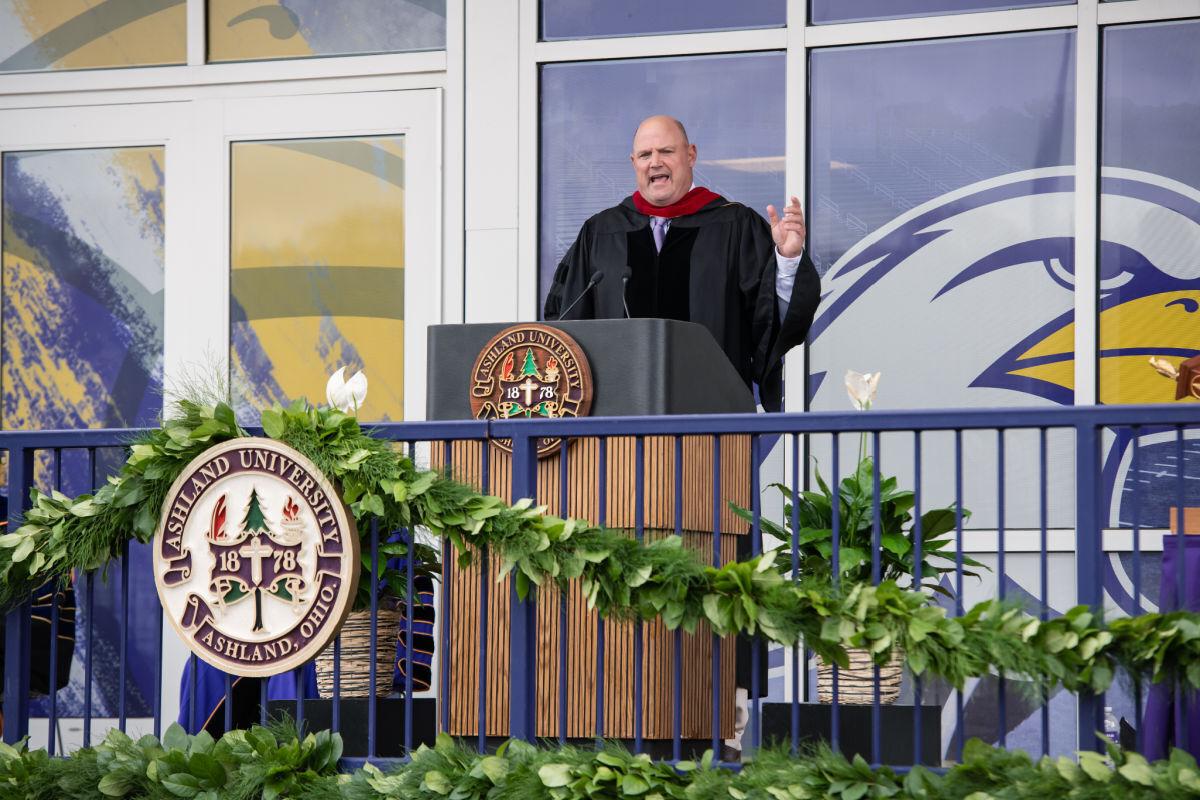 Commencement speakers lauded graduates on their persistence and strength over the course of the last year.

"You have all survived and thrived and you have accomplished an amazing feat," said James Hess, board of trustees chair, during the undergraduate ceremony.

Hess told graduates the lessons they learned as they adapted to a global pandemic will allow them to bless others in the future. He ended a brief address by urging the new alumni to come back and visit.

University President Carlos Campo presented the class gift, a purple and gold mantle representing perseverance, reconciliation and faith -- all qualities he said graduates will need as they move forward.