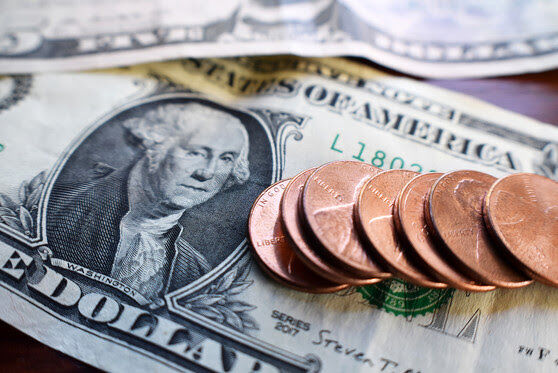 Poverty rates for Blacks and Hispanics registered at historic lows in 2019, according to the U.S. Census Bureau. 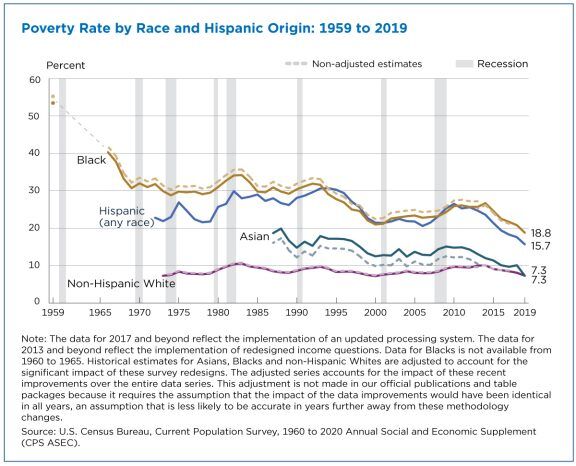 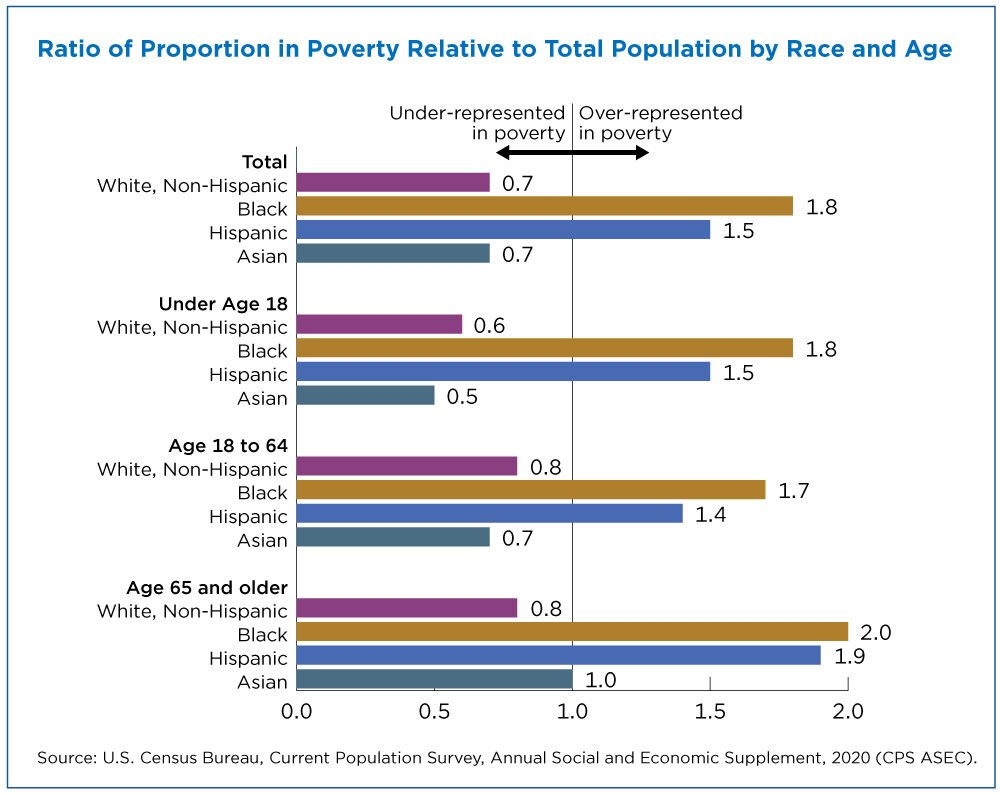 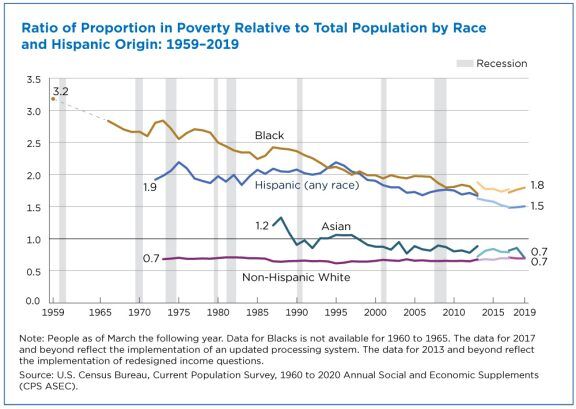 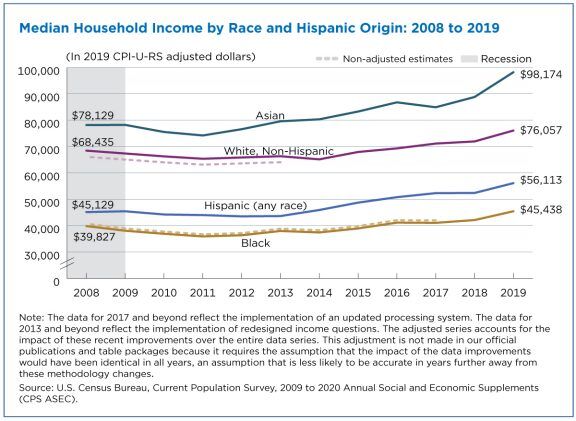 WASHINGTON D.C. -- In 2019, the poverty rate for the United States was 10.5%, the lowest since estimates were first released for 1959, according to the latest data released Tuesday by the U.S. Census Bureau.

Poverty rates declined between 2018 and 2019 for all major race and Hispanic origin groups.

Two of these groups, Blacks and Hispanics, reached historic lows in their poverty rates in 2019. The poverty rate for Blacks was 18.8%; for Hispanics, it was 15.7%.

The historically low poverty rates for Blacks and Hispanics in 2019 reflect gains for race and Hispanic origin groups that have traditionally been disadvantaged compared to other groups over time.

The figure below charts historical poverty rates for each of the major race and Hispanic origin groups and Hispanics in the CPS ASEC.

The figure shows that for Blacks, the poverty rate of 18.8% in 2019 was the lowest rate observed since poverty estimates were first produced for this group for 1959. The previous low for this group was 20.8% in 2018.

The Asian poverty rate of 7.3% was also the lowest on record.

Distribution of Poverty by Race and Hispanic Origin

The historically low poverty rates for Blacks and Hispanics in 2019 reflect gains for race and Hispanic origin groups that have traditionally been disadvantaged compared to other groups over time.

However, even with these gains, Blacks and Hispanics continue to be over-represented in the population in poverty relative to their representation in the overall population.

The figure below shows the ratio of people in poverty by race or Hispanic origin group to each group’s share of the total population.

In 2019, the share of Blacks in poverty was 1.8 times greater than their share among the general population. Blacks represented 13.2% of the total population in the United States, but 23.8% of the poverty population.

In contrast, non-Hispanic Whites and Asians were under-represented in the poverty population.

These disparities are especially pronounced among children and people ages 65 and older.

The adjustment for survey changes is not made here for simplicity.

The figure shows that there has been a gradual decrease in the degree of over-representation of Blacks and Hispanics in poverty.

After the Great Recession ended in June 2009, the degree of overrepresentation stayed level for Blacks, while the ratio moved closer to one for Hispanics, continuing a trend which started in the mid-1990s.

The figure below tracks median household income using 2019 dollars from 2008, the last full year of the most recent recession, until 2019.

Like Figure 1, the series below implements adjustments to the estimates for groups whose median household incomes were statistically changed by the survey improvements.

For more information on year-to-year poverty changes and household income, see Income and Poverty in the United States: 2019.

John Creamer is an economist in the Census Bureau’s Poverty Statistics Branch.