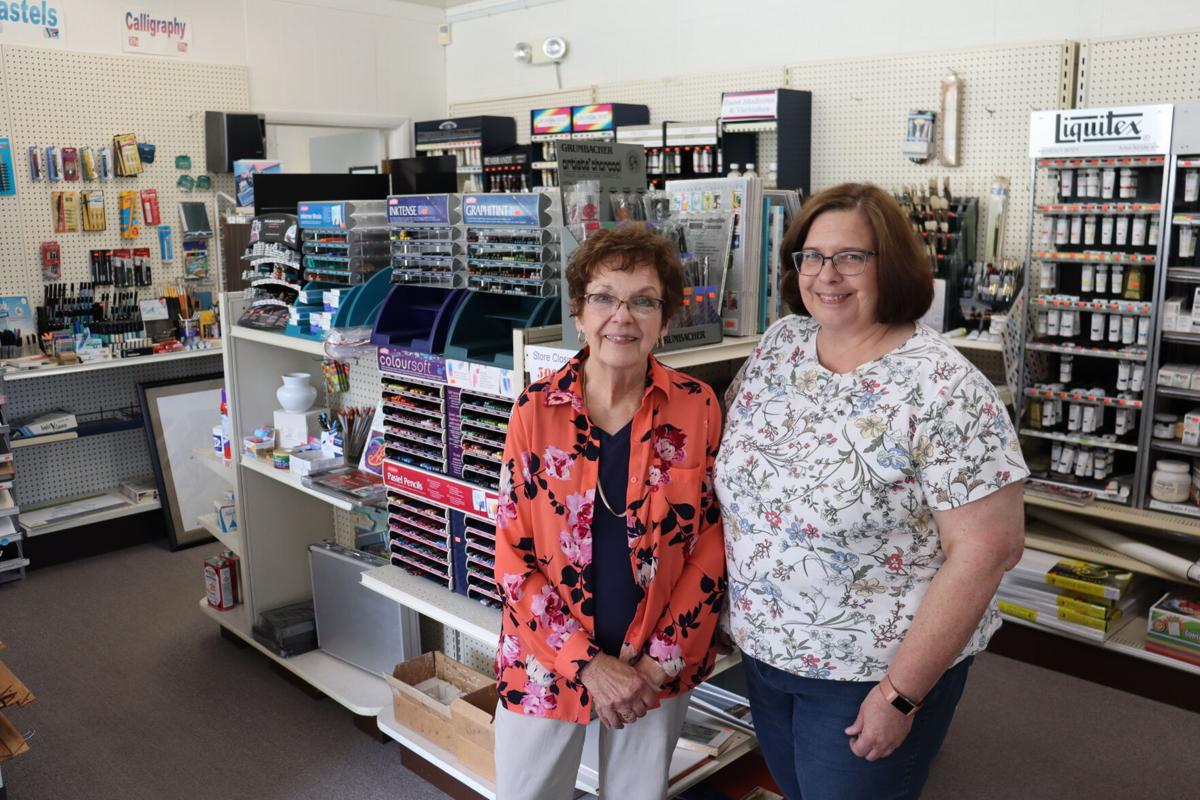 Mary Lou Henne (left), owner of Henne’s Drafting and Art Supply, and her daughter, Robin Riley, at the store. 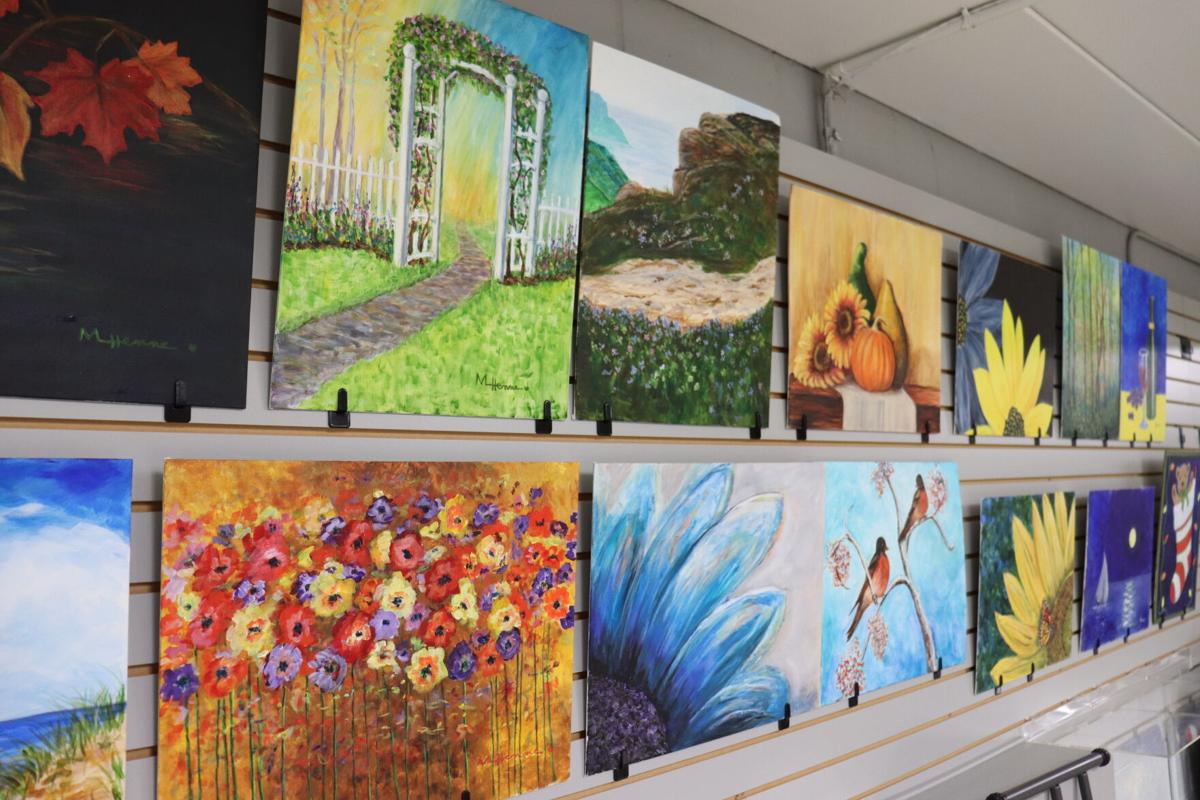 Mary Lou Henne painted these pieces when hosting painting parties in the past. They are for sale with the closure of Henne’s Drafting and Art Supply at the end of July.

MANSFIELD ─ Mary Lou Henne is ready for the next chapter in her life.

The local artist and owner of Henne’s Drafting and Art Supply announced earlier this spring that she is going to retire. The business will close its doors on July 30 after serving the area for 38 years.

Henne, 81, said she has mixed emotions about the retirement.

“It's kind of sad to see the end of an era coming, but in a way, it's time for me to do something different with my life,” she said.

Besides, the retail part of the business has been impacted by its competitors online, the owner said. Some people would check the store but eventually buy online.

Henne’s daughter Robin Riley, who helped run the store for the past 20 years, said her mother deserves some down time after working her whole life.

Growing up in Akron, Henne said she moved to Mansfield with her late husband, Bob, in the 1970s, not knowing what job she would do. She became a secretary of Don Graber, a local architect who also owned Mansfield Drafting at the time.

After working at the architect’s office for a decade, Henne and her husband bought the drafting business from Graber in 1983. A few years later, a young man walked in the store and changed the business ultimately.

“After a customer left, he says, ‘Have you ever thought about getting art supplies?’" Henne recalled. “I said yes, but I don’t know how to start it.”

That man turned out to work for an art supply distributor, Henne said. With his help, she and her husband added art supplies to the business in 1988 and turned it into “Henne’s Drafting and Art Supply”.

Riley said the store has become the only fine art supplier that serves many artists in Richland County over the years. People can find watercolor paints, pastels, brushes for both acrylic and oil painting, palette knives and many other supplies.

It not only sells the products but also serves as a “resource center.” Riley said many people would come in, asking questions about different items and how to use them.

With customers’ suggestions, the mother and daughter began expanding the art side of the business. They first set up a gallery featuring local artists’ pieces in the store’s basement. Then they evolved it into art classes and painting parties.

Henne, who never went to an art school, said she had taught at those painting parties for 10 years before the COVID-19 pandemic arrived last year.

“I’ve always loved art. My mother kind of dabbled in it. And both my sisters dabbled in it. But nothing professionally or anything like that. We just like to do it,” she said.

When starting art classes years ago, she invited local artists to be the instructors. She said she took an oil painting class with her customers and got into it. And when she paints with her sisters, they paint acrylics.

“It's just a freedom of expression and creating something that's pleasing to the eye,” Henne said. “It’s satisfying to me to create something pretty.”

Riley said her mother not only paints well but she is also good at explaining when teaching. For instance, she told students why they need to put light at a certain spot or why they should make it darker.

At the same time, Henne gives students the freedom to finish a piece the way they want, helping them achieve the end goal, Riley said.

Henne said she loves to help people “see things,” which she said is important before working on a canvas. For example, many people assume leaves all come out of the trunk and paint them that way without really seeing what the tree actually look like.

If they did, Henne said, they would notice that the leaves come out of many little branches. She enjoys hearing students exclaim when they figure out what she means.

Henne’s Drafting and Art Supply is holding a closing sale at 110 West Third St. in Mansfield. Riley said all merchandise is 50 to 70 percent off and some used equipment and store fixtures are for sale, too.

It is easy to guess how Henne will spend the time after retiring. The owner said she wants to do some artwork for herself and just enjoying the process. She is also looking forward to painting with people who share the same passion for art.