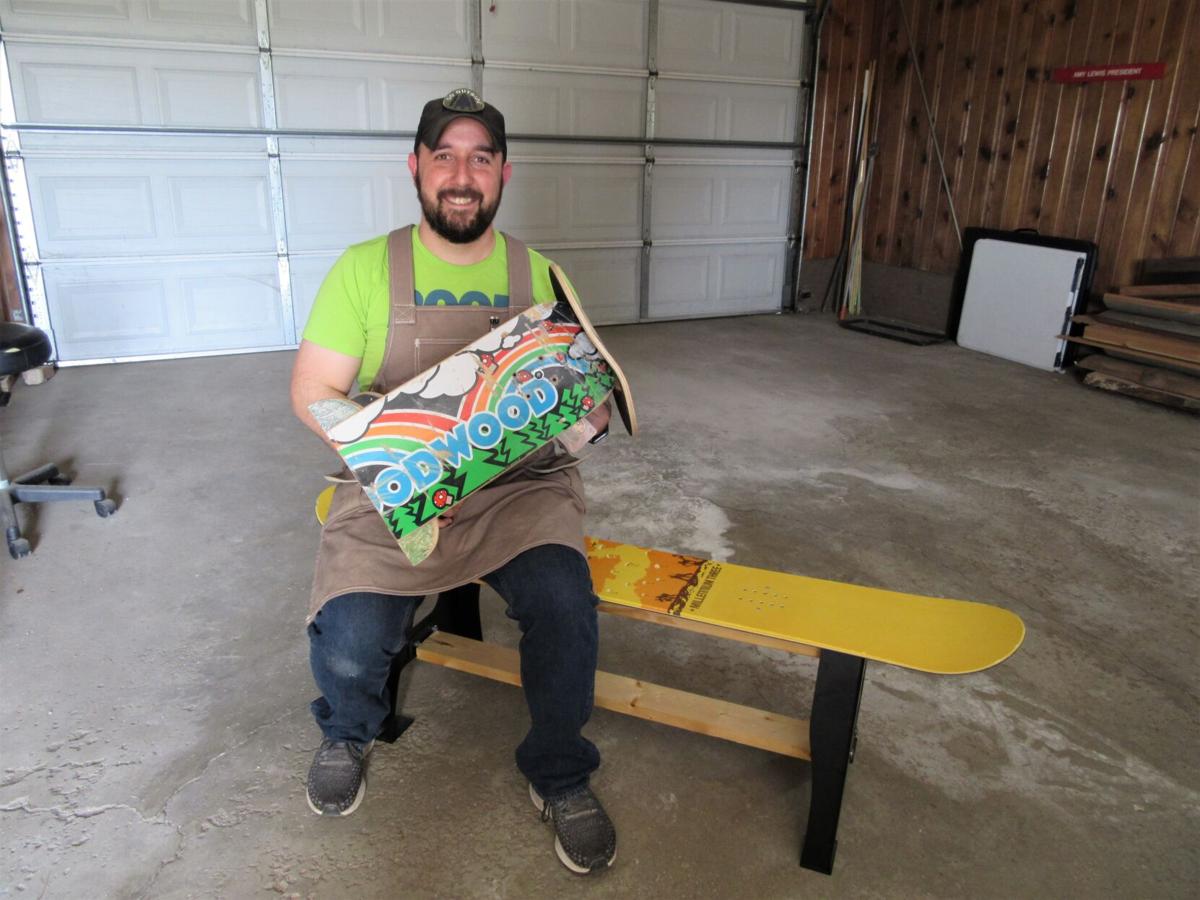 Eric Fletcher, owner of 3rd Life Upcycling, sat on a bench he made with a snowboard. The stool in his hands were made out of skateboards. 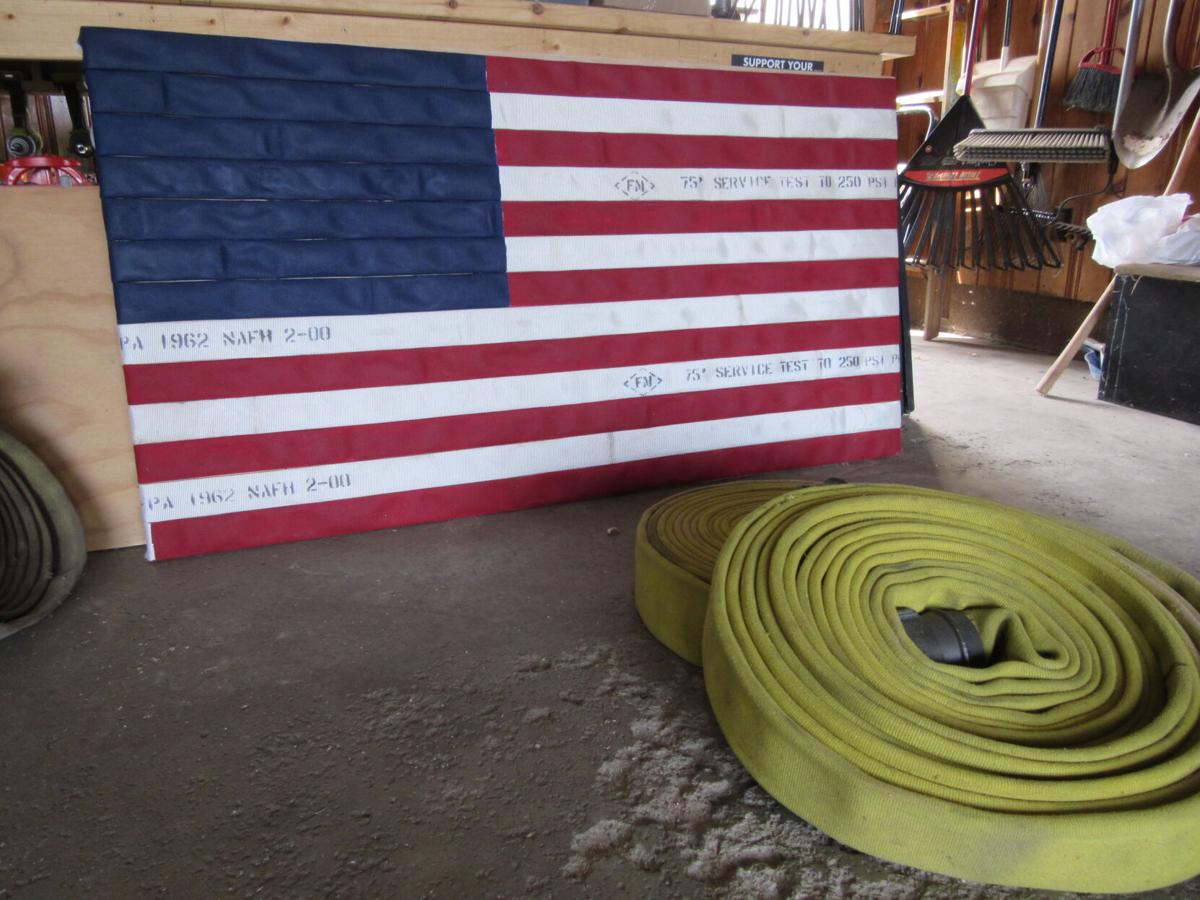 Eric Fletcher is working on an U.S. flag made with old fire hoses. 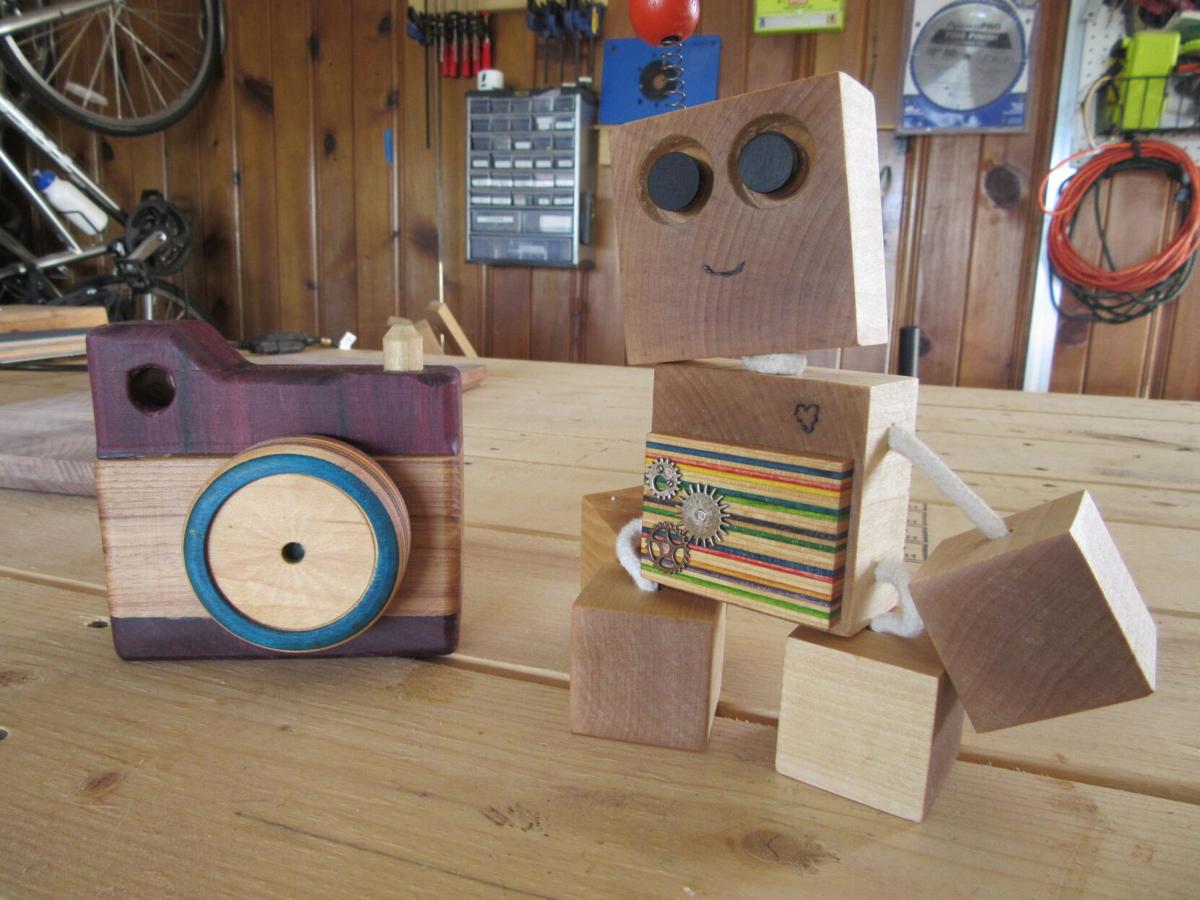 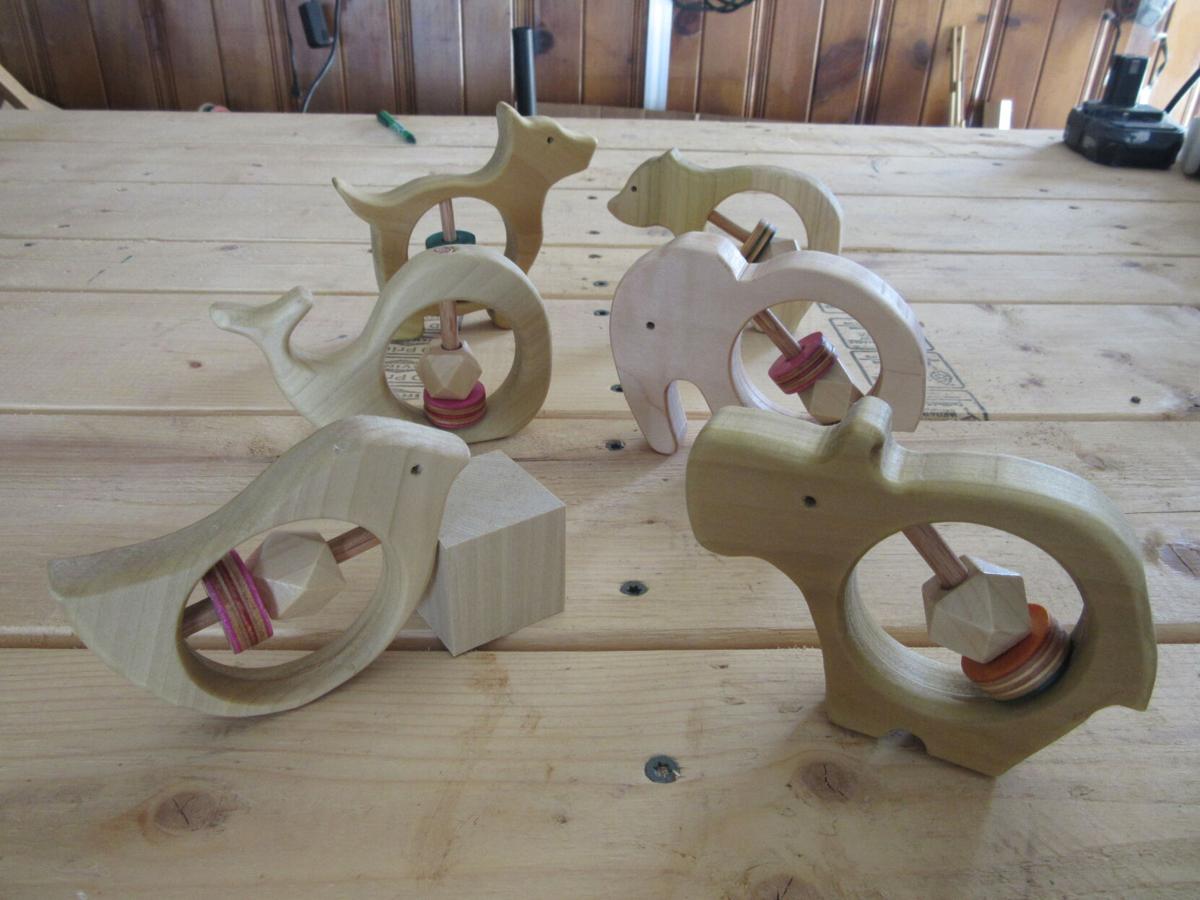 Baby rattles are the popular items.

MANSFIELD ─ The proverb “One man’s trash is another man’s treasure” summarizes Eric Fletcher’s business, reflecting his concern of the environment.

The online business, 3rd Life Upcycling, was launched last June after Fletcher was temporarily laid off from his full-time job. He said he registered for a woodworking class mostly to occupy the time.

But with what he learned at the same time from a business plan writing course offered by North End Community Improvement Collaborative, he was able to start entrepreneurship.

His business, 3rd Life Upcycling, provides a variety of goods, including toys, cutting boards and furniture, made from upcycled, recycled or salvaged materials.

Fletcher said he incorporates a broken skateboard in most pieces, such as beverage holders and stools. The wood piece lives its third life when turned into a stool, for example ─ with being a tree as the first life and the skateboard as the second one.

The boards, collected from skate shops, look “cool” with all kinds of art outside, Fletcher said. Each of them comprises seven layers of wood. He said sometimes he only uses one layer. Other times, he glues them together.

After seeing what Fletcher is capable of, a customer brought an old board and asked him to make something out of it. Fletcher said the customer was open to any idea. He eventually installed two Bluetooth speakers to the board and created unique electronics that can be hung on the wall.

Fletcher said he is always up for a challenge from customers because those projects sharpen his skills.

The baby rattles are among his popular items. In birds, elephants or other shapes of animals, the rattles are made with offcuts that he received from a friend’s cabinet shop. A bead in the middle is made with skateboards.

Recently, Fletcher worked on a U.S. flag made with old fire hoses.

As a former volunteer for the Shelby Fire Department, he said every fire department does a pressure test on the hoses every year. The equipment will be thrown out if it fails the test.

Fletcher tries to make a home decoration with hoses that can’t be used. He said he would like to donate a piece to the department as a way to give back.

Most of his materials would have ended up in the landfill or getting burned, Fletcher said. He is glad to turn them into something useful and, in many cases, one-of-a-kind because he does not know what substances he would get next time.

Using recycled materials was not his intention when starting the business, Fletcher said.

“That's kind of what I've gone to. And now that's what I want to be,” the owner said.

He has always been eco-conscious. He said he has seen how much waste there is at the companies at which he has worked. Also, he is concerned about the carbon footprints large businesses cause every day.

“Obviously, we're in a climate crisis. So, everything I do, I want to reflect positively on the environment,” Fletcher said.

Besides making “third-life” products, he said his shipping supplies are recyclable or made out of recycled materials. He also uses the carrier’s carbon-neutral shipment that is more expensive but offsets the climate impact on the delivery.

Fletcher said he plans to educate the public on recycling and upcycling through his website when it is launched in the future. He looks forward to seeing more people embrace the idea.

More information about 3rd Life Upcycling can be found on its Instagram. Those interested can reach Eric Fletcher at eric@3rdlifeupcycling.com.