MANSFIELD -- Another new company may be headed to the Airport West Industrial Park at Mansfield Lahm Regional Airport.

Mansfield City Council on Tuesday is scheduled to consider the sale of five acres to Airport West I, a local developer who plans to construct a manufacturing building on the site.

The selling price would be $15,000 per acre, according to the proposed agreement, totaling $75,000. The sale would be done through the Richland County Growth Association, working as an agent for the City of Mansfield.

"(Airport West I) is working on a potential project with a company," said Tim Bowersock, the city's economic development director.

Bowersock said he couldn't identify the potential client working with Airport West I for the site, located near the intersection of Airport West Industrial Parkway and Crall Road.

"They have a non-disclosure agreement," he said. "But it's a project they will want to move quickly on once their make their final decision."

It's the second such project in recent months for Airport West I, a partnership headed up by Adena Corp. President Randy Payne.

City Council in late 2020 approved a tax incentive package for Airport West I for the construction of a 160,000 square-foot industrial building/warehouse at 1750 Airport West Road.

Bowersock said construction is continuing on that 15-acre initial site. 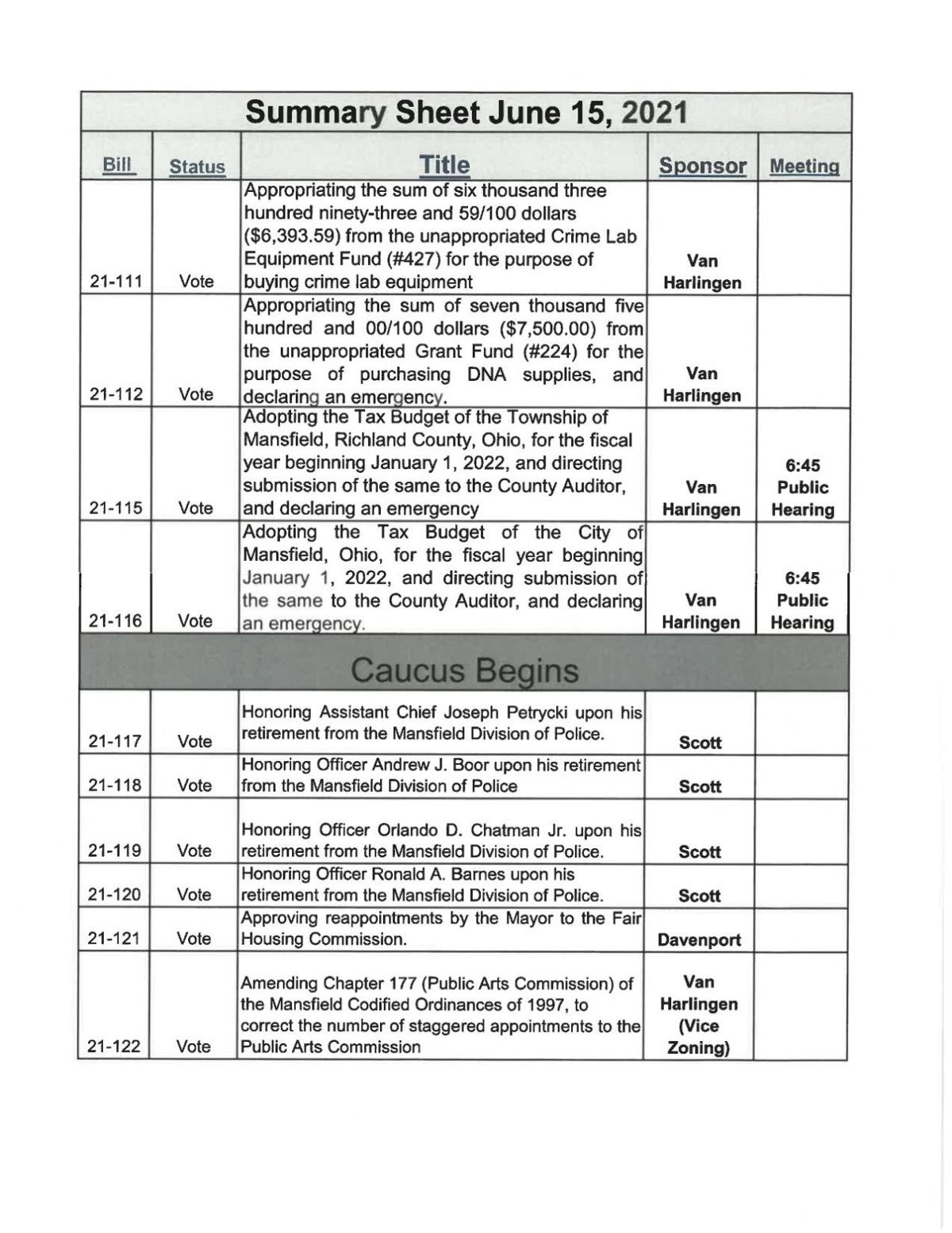 Also on Tuesday, City Council is scheduled to:

-- discuss during caucus and offer a first read on legislation selecting Getz Builders of Mansfield for a design-bid project to build a new Mansfield Police Department indoor classroom training facility. The Mansfield Board of Control on May 25 approved the $303,400 proposal for the project on Miller Parkway.

-- vote on appropriating  $2,100 for Safety Town Fund supplies and equipment.

-- vote on accepting a $259,504 Community Corrections Act grant for use in the city's probation department.

City Council's evening Tuesday will begin with a 6:30 p.m. finance committee, followed by a 6:40 p.m. economic development committee. A public hearing on the 2020 tax budgets for the City of Mansfield and Mansfield Township will begin at 6:45 p.m.

Council's cause is scheduled to begin at 7 p.m., followed immediately by its legislative session.

As the city ponders a major Main Street improvement plan, John Leach reached out to Richland Source via the Open Source section of the website.