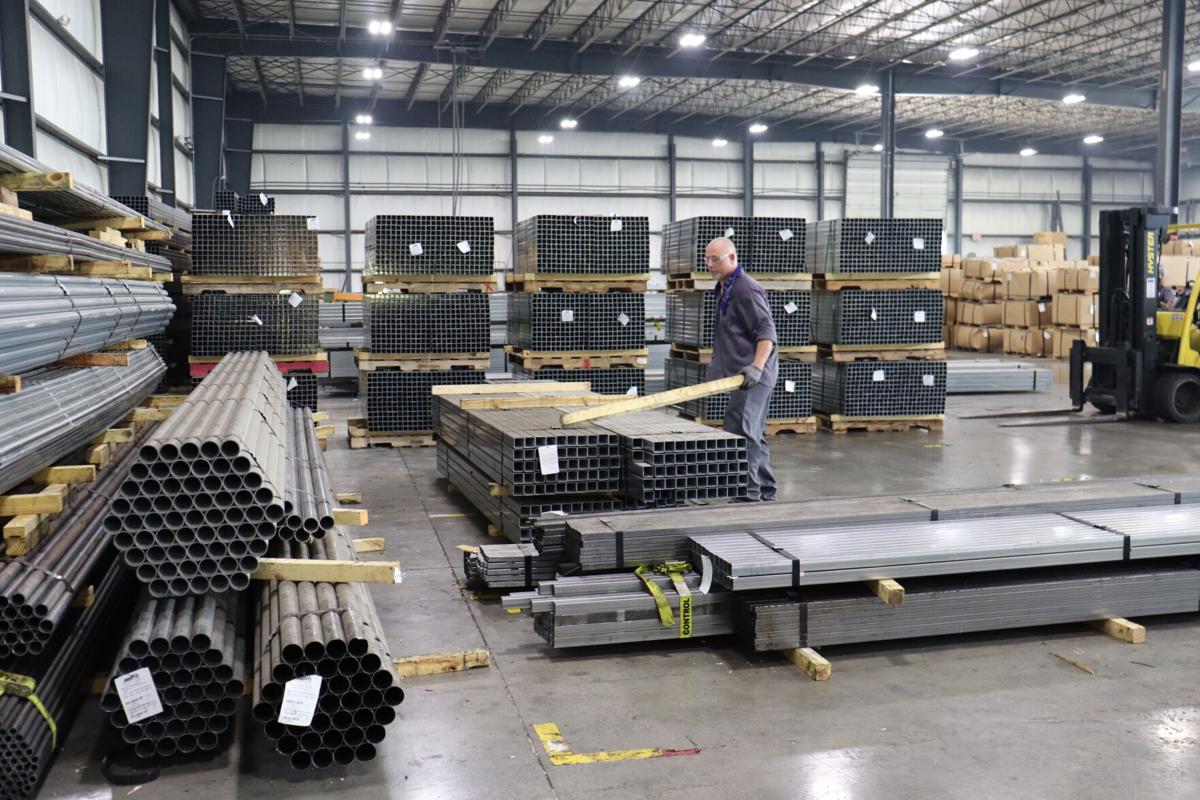 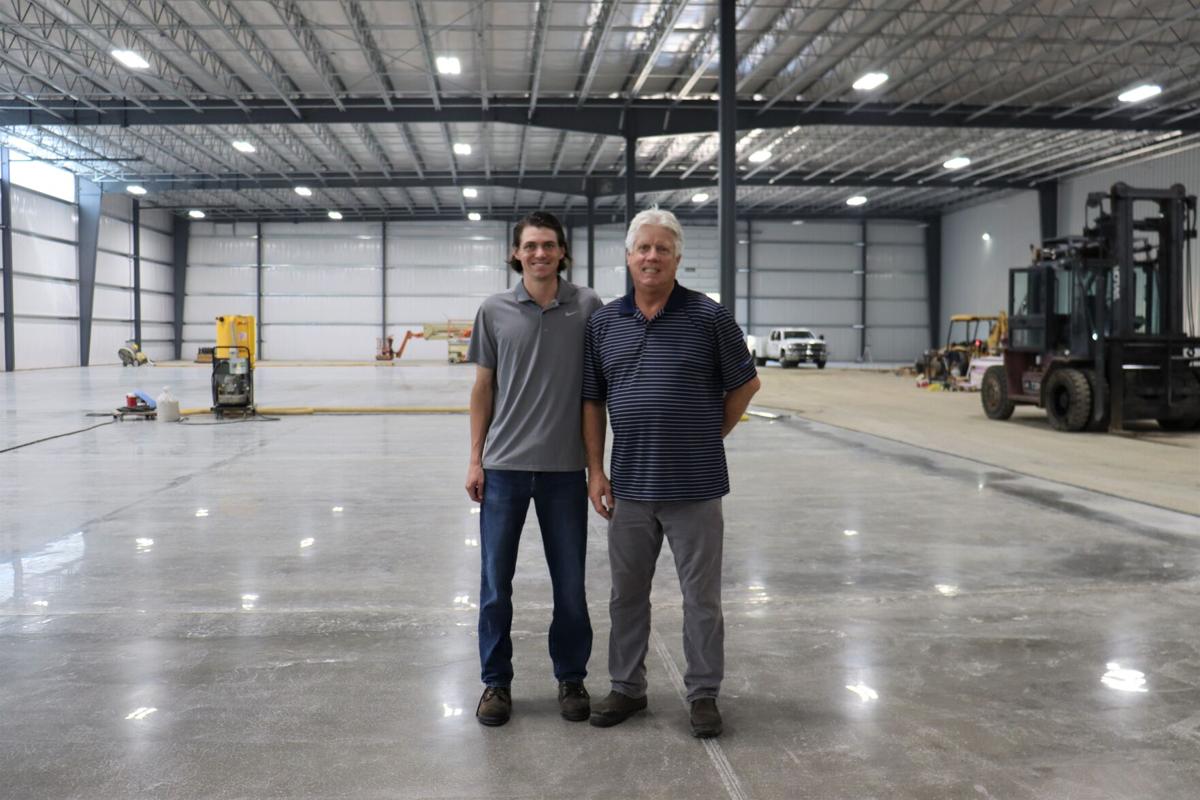 Sam Mason (left), president and COO for Major Metals Company, and his father and the company's CEO, Jeff, at the new building finished recently.

Workers were busy working on the foundation of a tube mill this week at the 48,000-square-foot building recently finished.

President and COO Sam Mason said he expected the mill to start running sometime in August.

The project will create 16 jobs and $800,000 in payroll in the next three years, according to Mason. He said the company’s CEO and his father, Jeff Mason, is the driving force behind the new building and also involved in the design of the mill.

“We buy steel off of them. We make it into tubing and sell it to their metal buildings division, which is who we bought the (new) building off of. So, our tubing is actually in our building,” he said.

The leadership began thinking about the expansion before the COVID-19 pandemic  arrived last year, according to Mason.

Its square tubing is used for the production of big shelves and metal boxes for shipping and protecting automobile part, according to the president and COO. In addition, a major industry the company serves is outdoor metal buildings manufacturing such as a carport or shed.

The tubing manufacturer has stayed “crazy busy” since December with the steel industry’s gradual recovery, Mason said. It had to start a second shift at the second mill at the beginning of this year.

But Mason said things were quite the opposite in early spring of 2020 when the pandemic created much uncertainty and disrupted the production in the industry. It was not what he expected when assuming the president and COO’s responsibility earlier that year at age 28.

His worry started to fade away when the pandemic seemed to be under control and the vaccines began rolling out, Mason said. As an essential business, Major Metals Company was able to stay open and saw the business picked up after August.

“It's odd to see sort of “the worst of the worst” and “the busiest of the busiest” all within a year,” Mason said.

“We have seen demand for our products go from almost zero to pretty much unlimited in a matter of 12 months.”

And now, the business needs to deal with the labor shortage and the skyrocketing steel price. Mason said the price has increased from $440 last August to $1690 per ton now. The raw materials are not just expensive but hard to find.

But the business leader is not shrinking from the tasks.

“I didn't expect that the role would come easy in any way, shape, or form. So, you just do the best you can,” Mason said.

He said while the challenges that the business has been through are very stressful, they are rewarding. He said he enjoys seeing the hard work of employees, especially those with the company for a long time, get paid off when they are able to buy a new house, new car or even start a family.

Major Metals Co. plans another 48,800 square-foot expansion at its 844 Kochheiser Road facility, adding 16 new jobs and an additional $800,000 in payroll over the next three years.