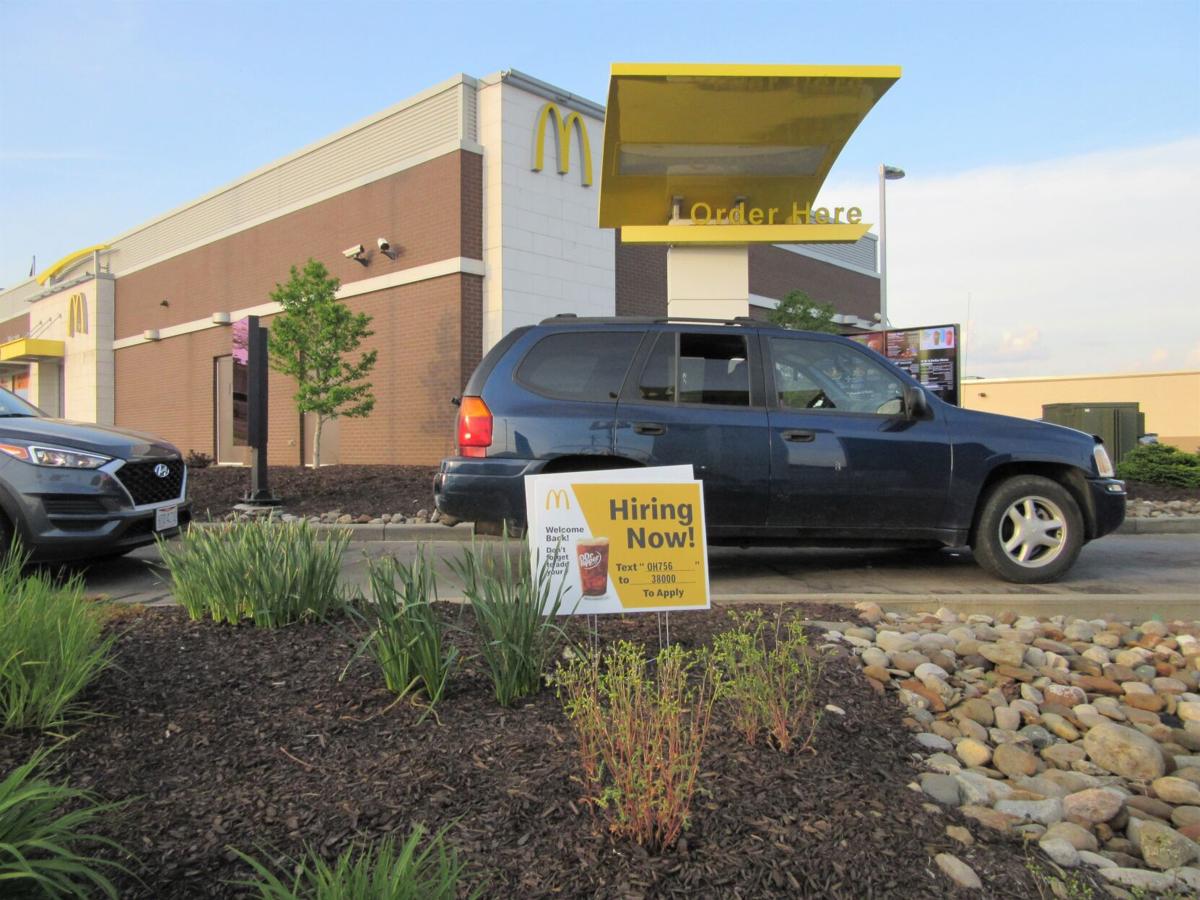 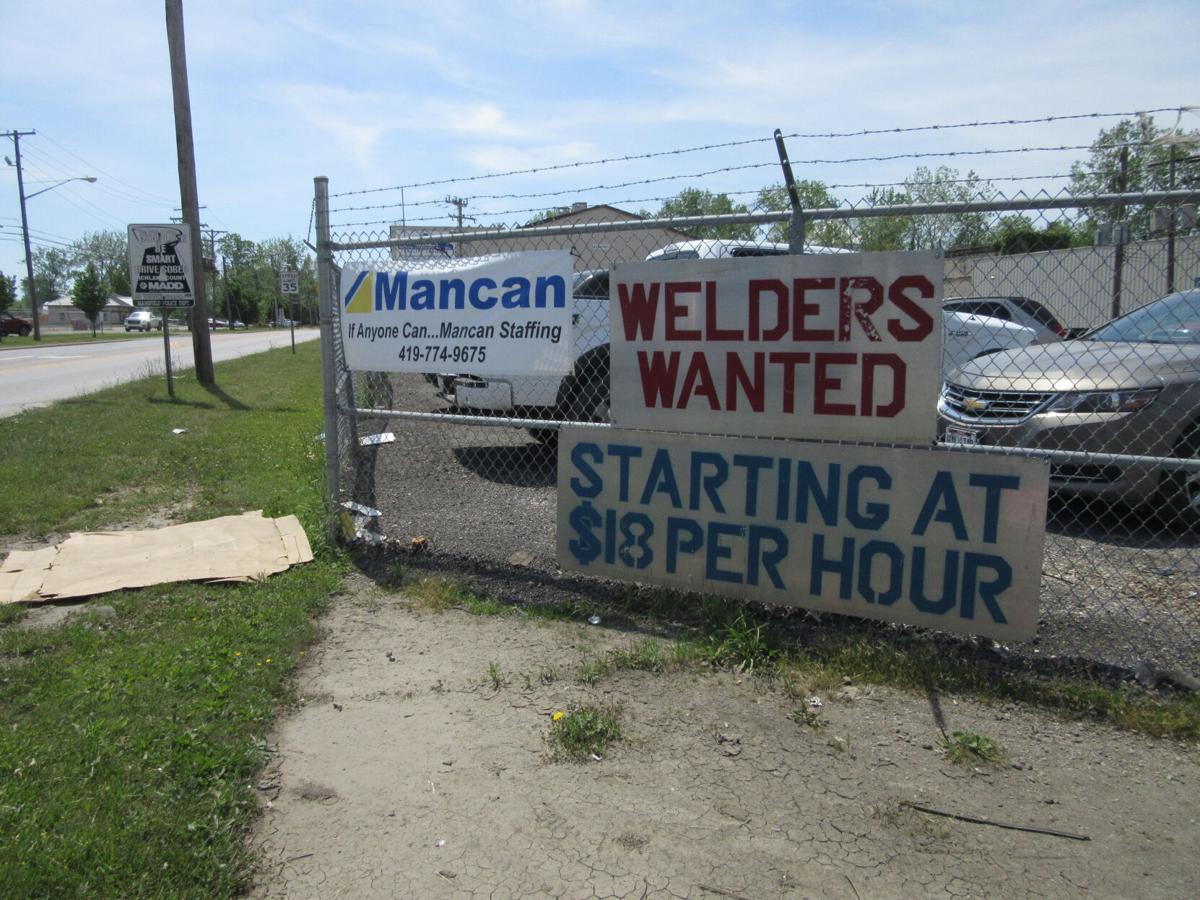 A labor shortage has been an issue for some area industries, an issue made worse during the pandemic.

MANSFIELD ─ Jeff Monica said there are several things he can’t figure out in the current employment chaos.

He owns and operates nine McDonald’s restaurants in the area with his brother, Larry. Seven of them are in Richland County. Due to lack of employees during the pandemic, the restaurants have been drive-thru only.

There are 40 workers on average at each store, Monica said. With the summer coming, he needs another 10 people at every location. But hiring has been challenging.

The franchisee said he does not know if it is because of the unemployment benefits or the area is simply short of the workforce. He also has not figured out why applicants often do not show up for interviews.

“You call them back. They don't even answer. They don't tell us they got another job. They don’t say anything,” Monica said. “That's kind of weird, too. It’s never been like that.”

To attract more people to work, the Monicas raised wages a dollar in May. Monica said regular employees now start at $11 an hour and maintenance workers start at $14. Those who show up at every shift can earn another $2 bonus every hour.

Monica said the business is flexible with employee hours.

“We'll work around anybody's schedule. This is as long as you tell us (in advance),” he said.

The local McDonald’s keeps offering high school students the $2,500 scholarship and hopes the benefit will bring in more workers, Jeff said. The scholarship can be used for college, trade school and any public or private education.

With the workforce of high school students, Monica said he expects to open indoor dining at all nine restaurants by Memorial Day.

A problem across the board

The hiring issue exists in multiple industries and jobs with different skill levels, according to different sources to whom Richland Source reached out.

Whitney Shopbell owns Black Dog Property Management, LLC of Mansfield with her husband, James. She said, unlike before, people have not responded to their call for skilled workers. The business offers landscaping, lawn mowing and many other outdoor contract services.

Shopbell said they are booked out for about a month and a half because only James and she can work constantly. She would like to add at least three people with basic knowledge of the equipment they use to handle the growing business.

“We're willing to pay based on experience,” she said.

Labor shortage does not only impact businesses. It affects the consumers ─ the public ─ as well.

The Golden Burrito Mexican Grill on Park Avenue East raised the price two weeks ago. A chicken burrito, for example, now costs $9.95, instead of $9.25.

Cirilo Martinez, co-owner and chef, said the price rise resulted from the significantly increased price of meat, which most customers can understand. The restaurant pays two to three times what it paid before to get the same amount of chicken and steak.

According to the deliverers, meat suppliers raised the price because they could not find enough employees and are paying more to those who come to work, Martinez said. The deliverers also said the price might keep going up.

“This is crazy. I lost a lot of money at this moment,” Martinez said.

Jennifer Crutchfield, human resource manager for Staffing Partners of Mansfield, said the agency serves many light industrial companies and has seen a 50 percent decrease in job applications from last year.

Many employers are offering a variety of incentives, including pay raise and different bonus programs, Crutchfield said. Some also asked if the agency could change the terms of temp-to-hire contracts so that the companies will get full-time employees sooner.

On the other hand, some employers chose to train existing employees, especially for a position with very specific skills, according to Jodie Perry, president and CEO of Richland Area Chamber and Economic Development.

“Some employers have done that for years, but many haven't had to because they were able to find that skilled labor. So, we're seeing that,” she said.

Unemployment benefit is not the only thing to blame

Plenty of business owners said people do not return to the job market because they can earn more by collecting the unemployment benefits. That will change before long.

Beginning on May 23, Ohioans have to meet the weekly work-search requirements to collect the benefits, according to Ohio Department of Job and Family Services. The requirements, including applying for a job and attending a resume writing course, were suspended last year.

Moreover, Gov. DeWine announced that Ohio will leave a federal unemployment program that provides $300 per week on June 26. The additional benefit is discouraging people from going back to work in some cases, the governor said.

Crutchfield said Staffing Partners has seen more people looking for jobs since the governor’s announcement on May 13. They put in actual applications and respond to phone calls.

Perry said the labor shortage has been an ongoing issue in Richland County and was exacerbated by the pandemic. But the reason that people do not seek jobs may be more than the unemployment benefits.

For instance, many parents have to stay home and take care of their children during this time, Perry said. Some frontline workers were burned out because of the pressure and extra work caused by the pandemic.

The recovery of employment will take some time, even with the state government’s recent acts, according to Clint Knight, workforce development director for the chamber.

“I don't think things are going to immediately change for employers who are looking to find employees,” he said. “But I think over time, we'll see a number of people reengage in the workforce.”

Perry said some people probably will switch their careers when coming back to the job market. The opportunities that the community could offer would be important.

The chamber is planning a late summer job fair likely in August, Perry said. Employers will have some time to figure out their needs and how to connect to job seekers after Ohio exits the federal unemployment program at the end of June.