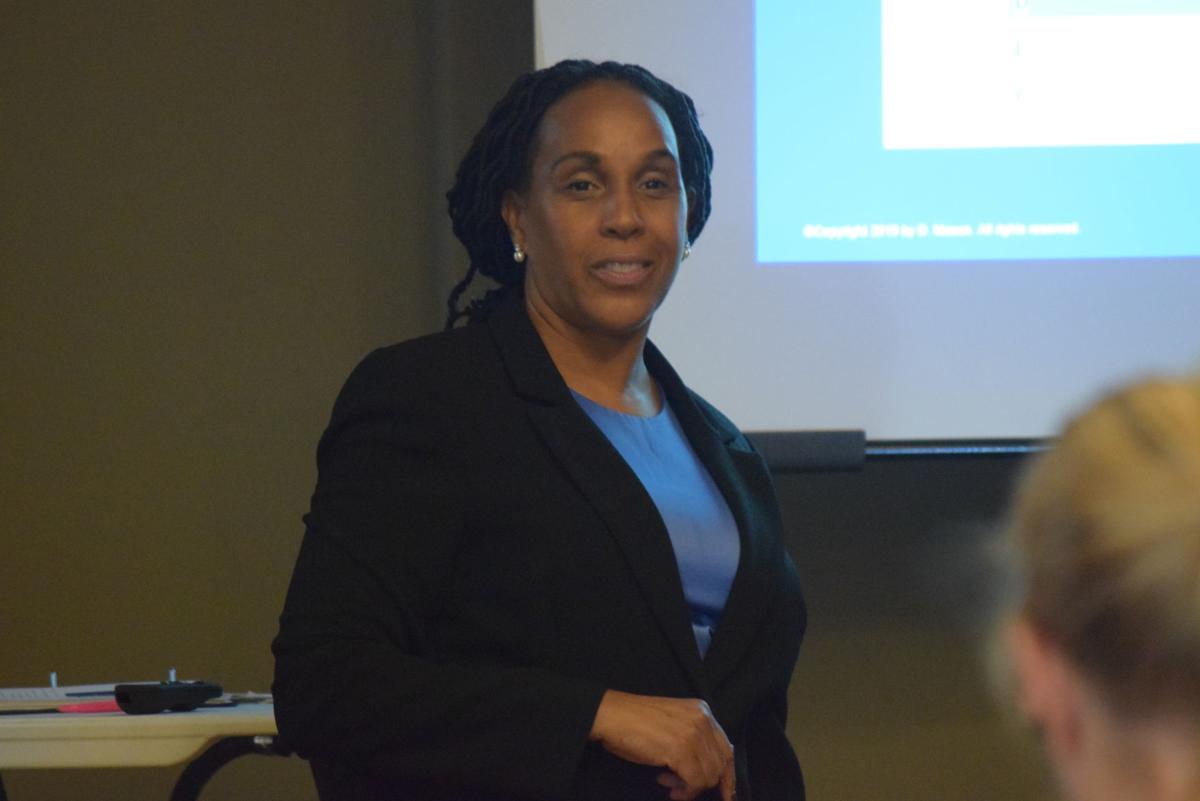 Regina Bond of Working Partners spoke about drugs in the workplace to area employers Thursday at the Richland Area Chamber of Commerce. 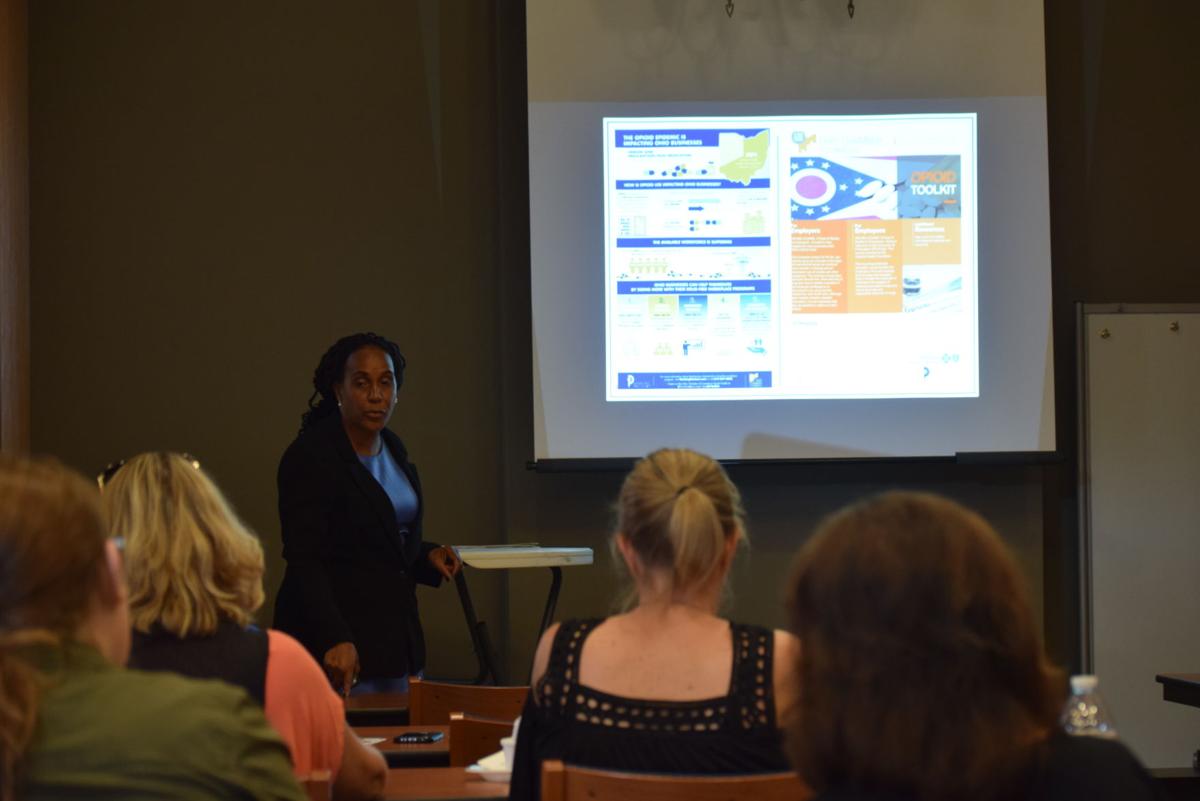 Regina Bond highlights how drugs have impacted workplaces in her presentation Thursday at the Richland Area Chamber of Commerce.

MANSFIELD -- In recent years, Ohio has seen an unprecedented increase in rates of positive workplace drug tests, which could correspond with trends like legalization of marijuana and the opioid epidemic, Regina Bond of Working Partners explained in Thursday's presentation at the Richland Area Chamber of Commerce.

The educational consultant highlighted how drug usage has changed in the past decades and explained to the handful of employers in attendance how they can better respond and prevent drug-usage in their workplace.

While drug usage has changed drastically over the past few decades, Bond says some employers are still working with old drug policies.

"Things change and employers need to respond by revising their policy on drugs," Bond said.

She shared statistics that showed the most common reason for failed drug tests in 2018 was marijuana usage. It caused nearly half of the reported drug test failures within this study. The second and third top reasons were amphetamines and opiates.

"We've been hearing (from employers) for awhile, 'We can't find workers,'" Bond said. "So some take marijuana testing off the panel and some aren't doing it at all.

"It's almost like taking the short-term gain over the long-term consequences."

Though marijuana usage has become destigmatized through its legalization in some states and approved for medical usage in others, Bond expressed concerns about the lack of any "standardized" measurement of impairment.  Without this, she said, the employer could struggle to gauge whether or not someone can do their job having used marijuana.

She encouraged employers to inform themselves and develop their workplace policies accordingly.

"Then, they need to communicate that choice," she said.

Regular employee training, she continued, will increase the likelihood that the policy is followed.

The Visiting Nurse Association of Ohio has closed its Mansfield office. Current patients will continue to receive care through early March.

The Holden Agency welcomes Peter Kenyon to its team of agents

MANSFIELD -- The Holden Agency has announced the addition of Peter …

Richland County Foundation approves over $2.3 million in grants to nonprofits

MANSFIELD – The Richland County Foundation Board of Trustees approv…