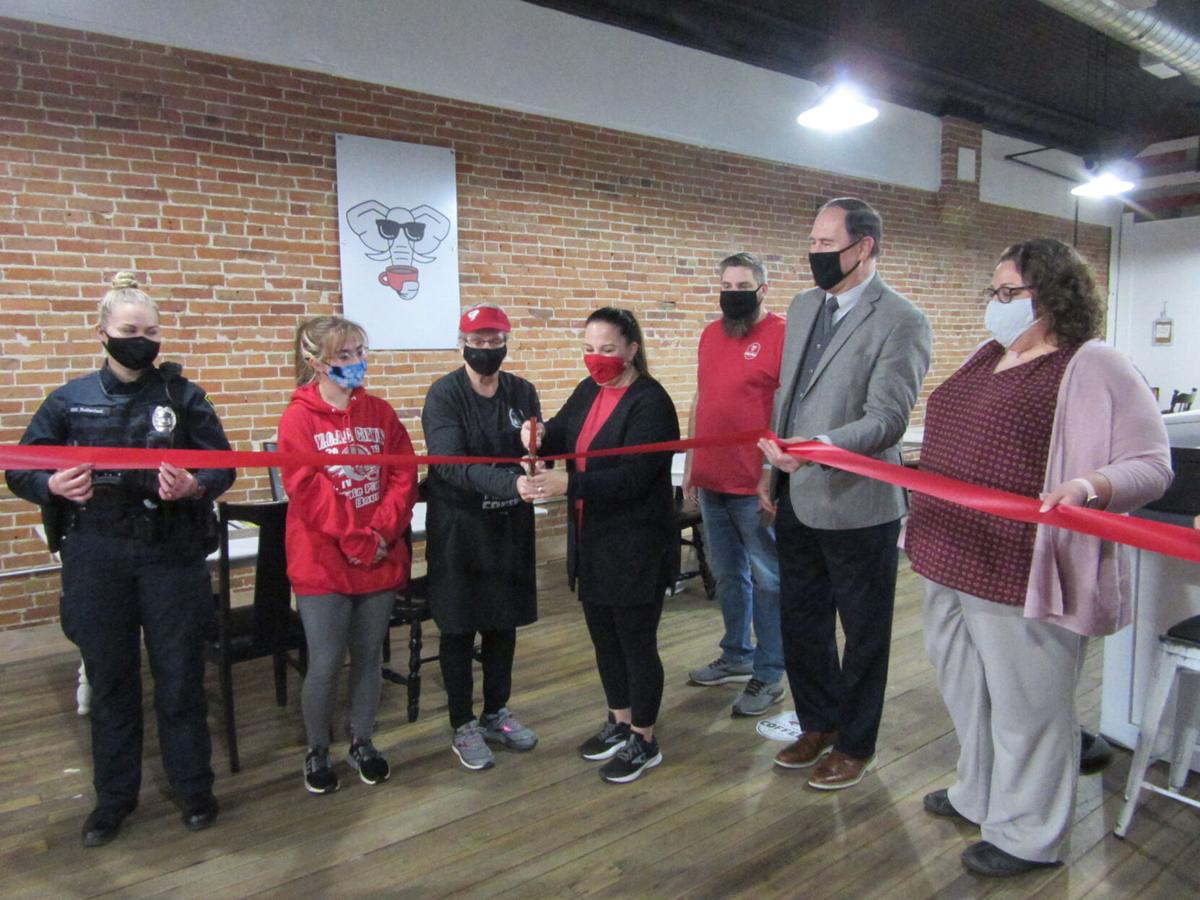 Angel Gordan opened the Ivory Bean Coffee House in Shelby with her mother-in-law, Paula in November. 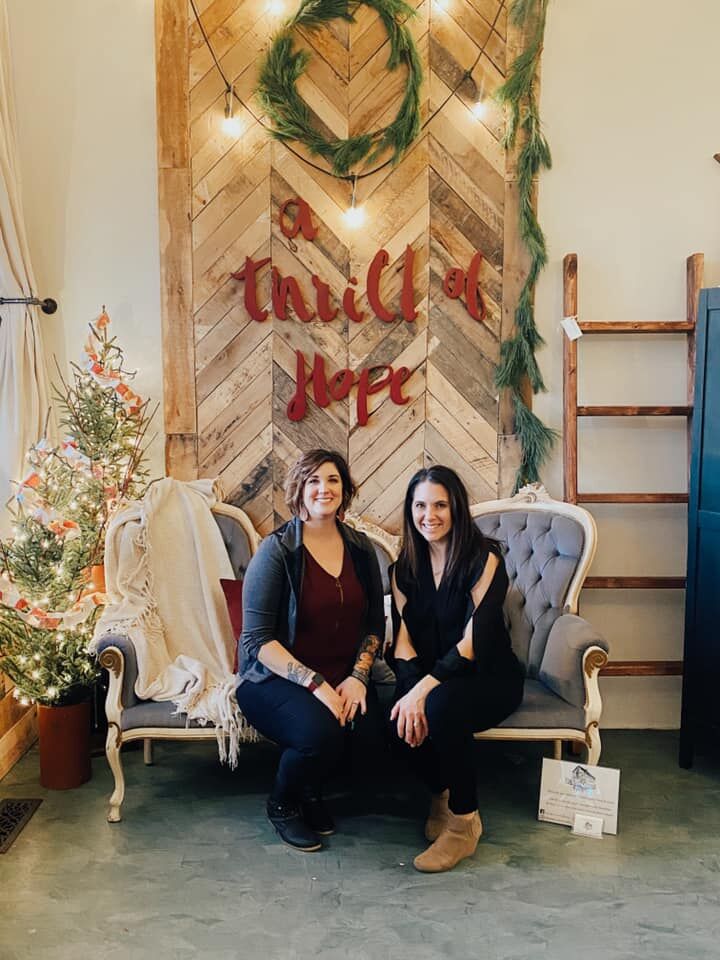 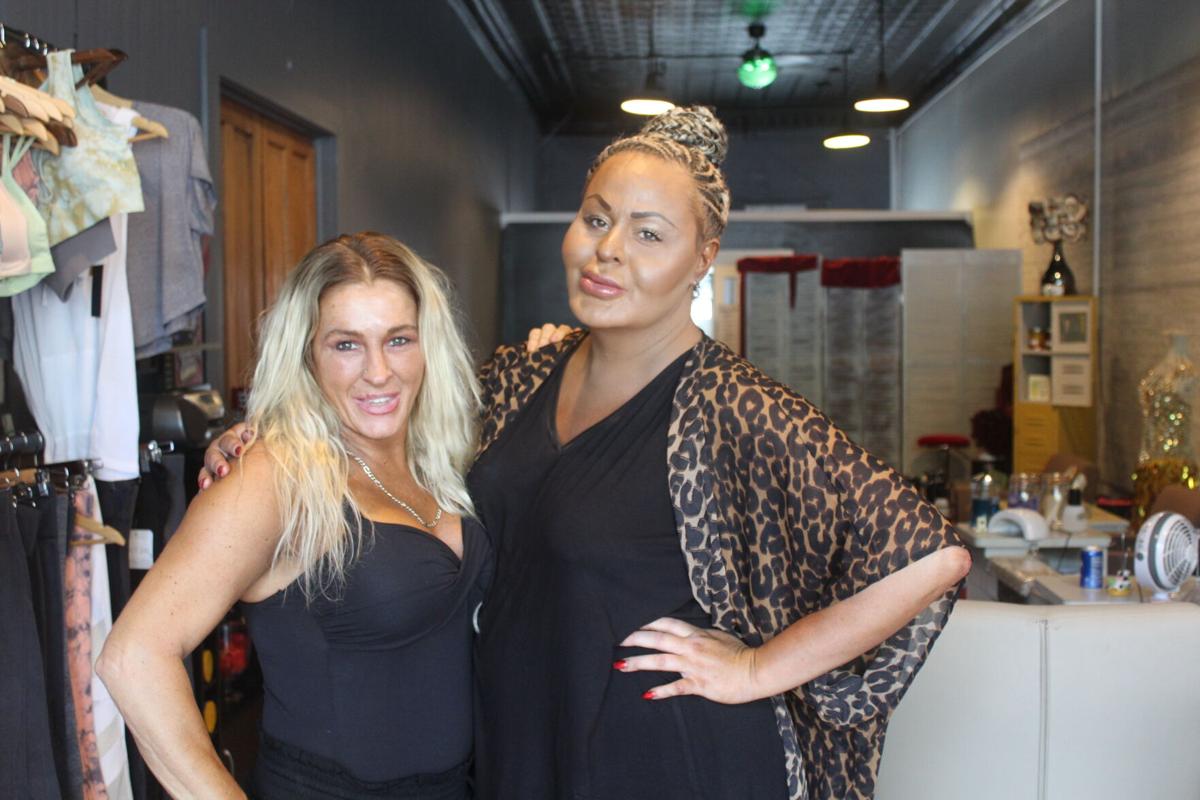 MANSFIELD — Starting a new business is challenging, not to mention doing it amidst the COVID-19 pandemic.

Yet, with their passion and determination, these Richland County residents have successfully become entrepreneurs in a year full of uncertainty.

Lindsay Dills and Katie Veletean were busy in December with the opening of Village Roots. The Plymouth shop features Ohio-made products from over 50 vendors. The debut was a success.

Veletean said she once heard people at a grocery store saying, “Have you been to that new shop in Plymouth?" and realized they were talking about Village Roots. Some customers even came from Toledo, Akron and Delaware.

The experience was surreal and humbling, Veletean said, especially since they had many worries and doubts when preparing for the opening.

With COVID-19 case numbers increasing since October, people wondered if there would be a second shutdown. A capacity limitation was put on every business. Bars had to close early. And Veletean and Dills were trying to open a business.

“I can't tell you how many times throughout the process, we all looked to each other and we were just like, ‘What are we doing? This is crazy,’” Veletean said.

She remembered telling her husband that starting this business “is probably the worst decision we've ever made.”

Without any experience in retail, Veletean and Dills were nervous. Veletean said she realized there was no backing out when they finished the renovating the storefront. Since then, they just kept working almost every day to realize the dream.

“When you have this passion, you just kind of forge ahead…you just make it work,” Veletean said.

Jasmyn Webb can relate to that determination. She described herself as a goal-getter: Once setting her mind to do something, she will accomplish it. That was how she crossed the hurdles and opened The Beauty Bar with Kiesha Boone in downtown Mansfield.

The beauty salon, which opened in August, provides facials, waxes, manicures, pedicures and many other services. Webb said they recently started microblading eyebrows for customers.

The duo talked about opening a beauty salon in early 2020. At that time, Webb had retired from the entertainment industry and was studying advanced manicuring at school. Boone was an aesthetician for another salon.

Webb said the pandemic put the business plan on hold. Boone could not work because of the shutdown. Webb’s school was closed for a while. She did not know if she could finish the training, nor did she know if she could later get her license processed at the state agency because many people were already waiting in line.

Finally, Ohio reopened. Webb graduated and started looking for a storefront with Boone.

“Financially, we just kind of went on a limb. With the pandemic...right in the midst of it. And we decided to just try and see whether we could do this,” Webb said.

The renovation was the second hit for the entrepreneurs. Webb said they had to install new ventilation equipment, fix the wall damage and update the building’s fire code. These projects cost them extra money. Then, there was a big water leak when they tried to get everything else done.

“It took us two and a half more months to get all that stuff done,” Webb said. “We had doubt there for a while if we were ever going to open. We were scared, but we did push through every single day and were doing something.”

The Beauty Bar now has a group of patrons. Webb said 80 percent of the customers came back for their services because it is more affordable. Also, their kids can have a good time at the kids’ corner.

“Being able to see the fruits of your labor at the end is the best,” she said.

Angel Gordan said she was busiest at her coffee shop on the last day of 2020. Some regular customers brought their out-of-town families to the shop. Creating a place for families to get together was one reason she opened the Ivory Bean Coffee House with her mother-in-law, Paula. But it was also once her concern.

“In the middle of a pandemic, are people going to really want to get out and gather?” Gordan said of her worry before the opening in November.

She was concerned that they would not get the return on the investment in the storefront. A lot of things a business owner would typically worry about at the beginning, Gordan said, the pandemic heightened those concerns.

Her faith and positive mindset, shared by her husband and Paula, got her through.

Also, she enjoys running the coffee shop very much. She said it gave her a break from the reality of the pandemic. With a mask on, she can still be out there and talk to people.

“It doesn't feel like I'm going to work every day. It feels like I'm, you know, going to a second home and talking to people, some of which I see every single day,” she said.