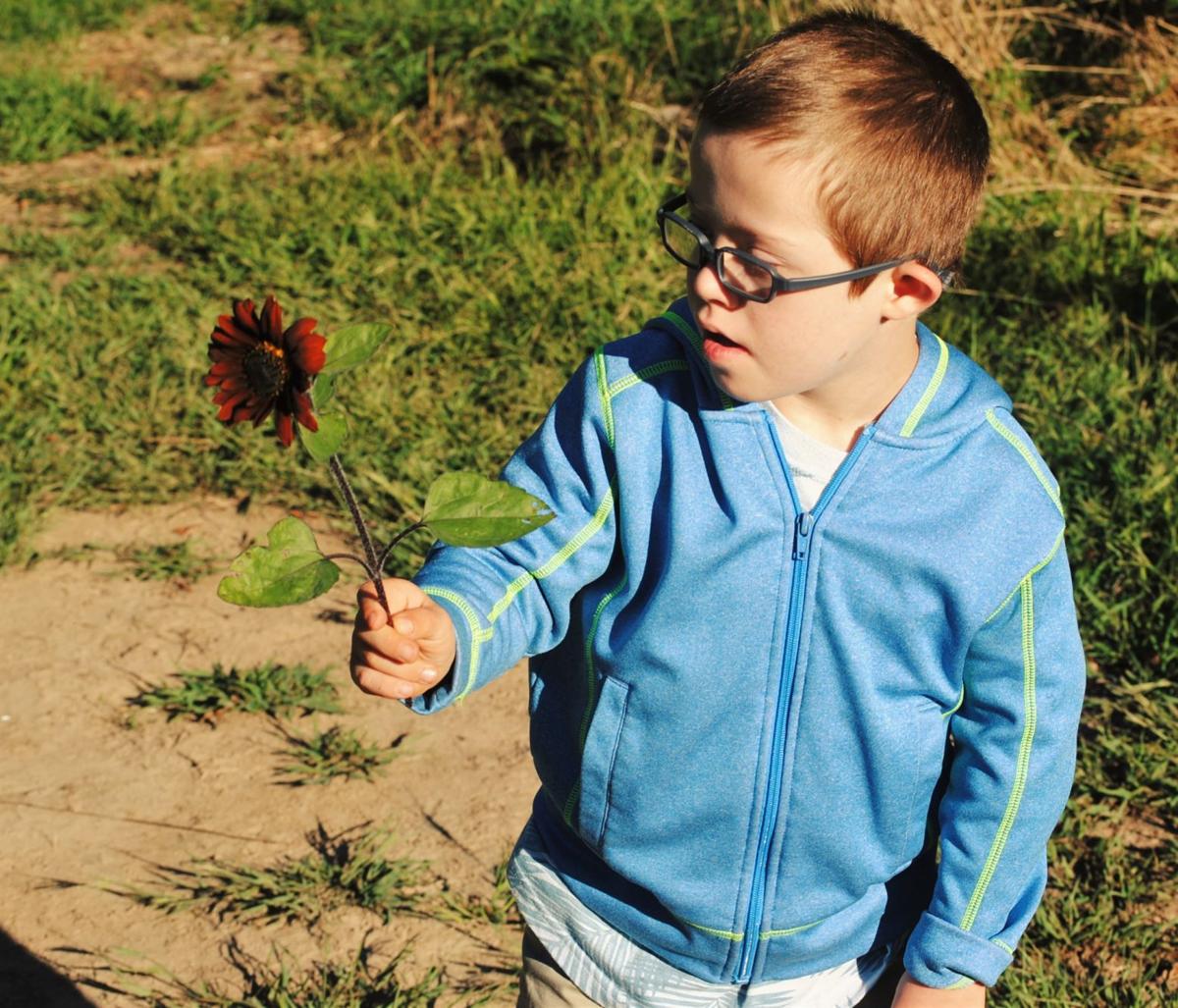 Ryan Kellogg holds a flower he cut from his garden. 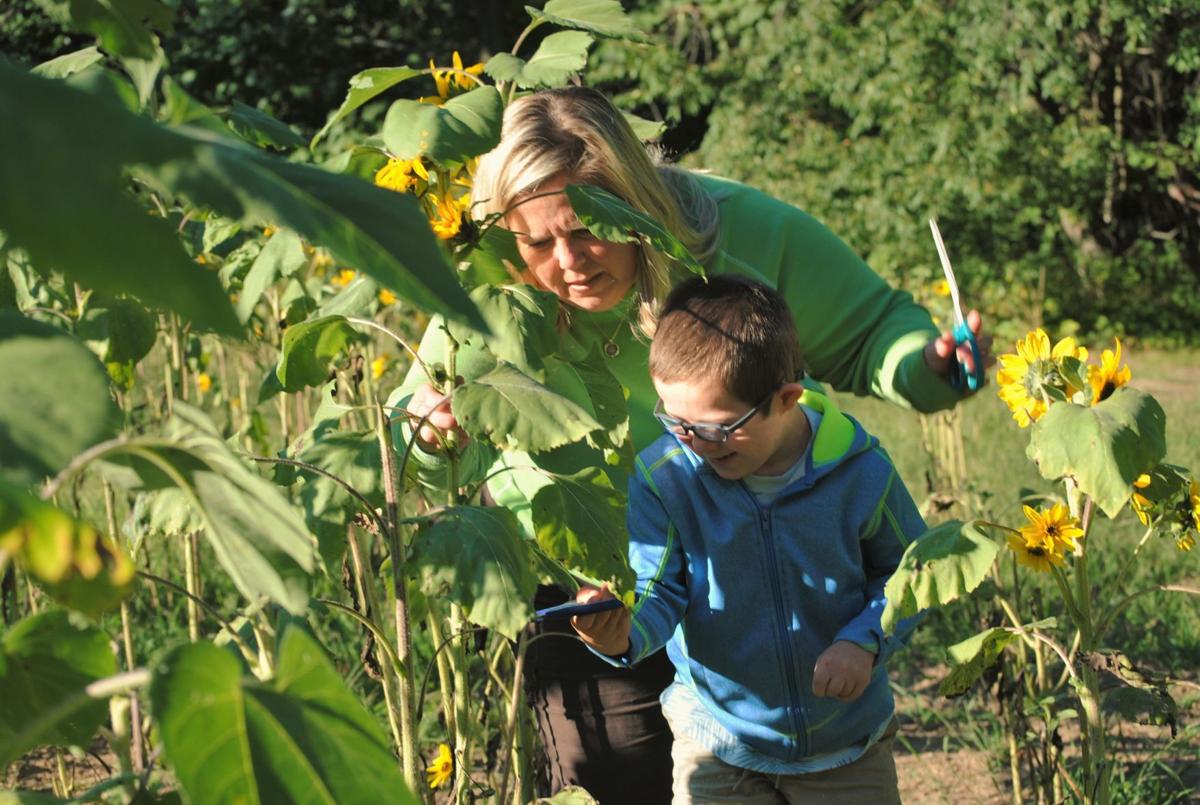 Ryan Kellogg and his mom, Karen, cut sunflowers from their garden. 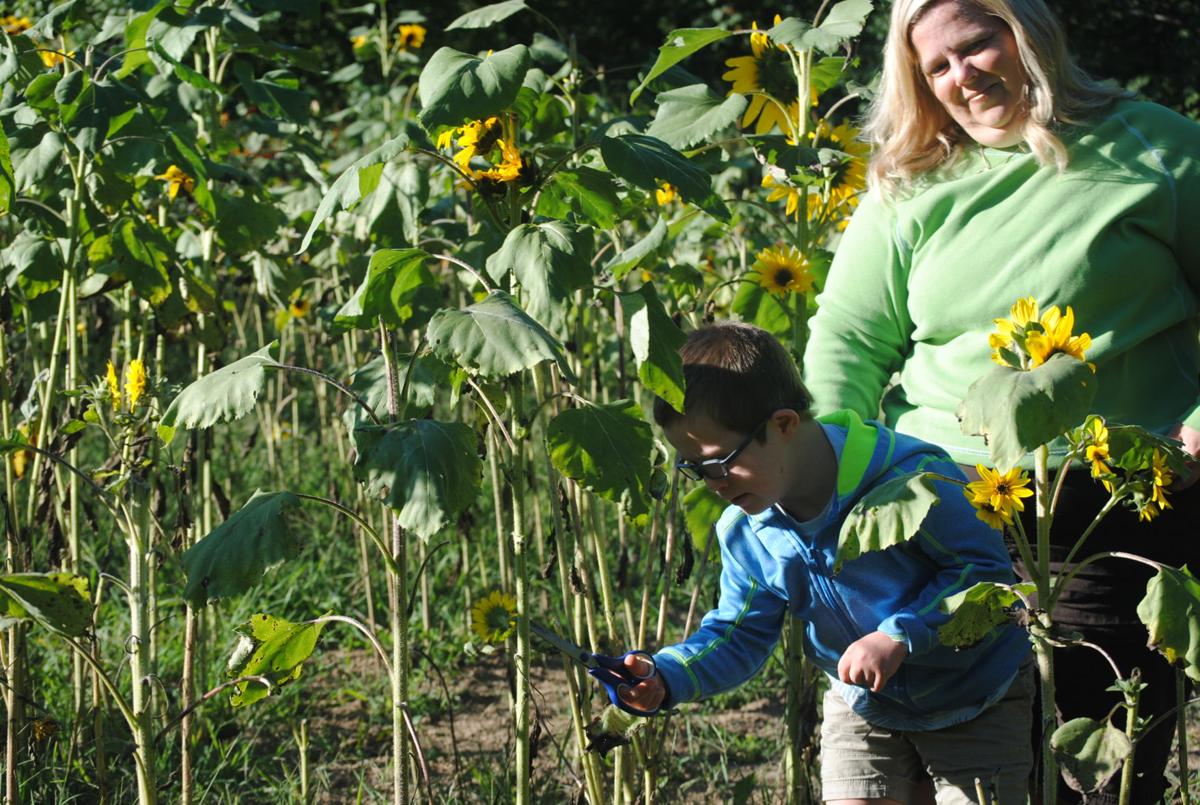 Ryan Kellogg cuts a sunflower while his mother, Karen, watches.

ASHLAND – When Ryan Kellogg smiles, you can’t help but smile along with him. The 10-year-old Ashland County boy and his family are helping spread some smiles by spreading kindness.

Ryan’s parents, Brian and Karen Kellogg, have spent most of their free time for the past several months on a special project they’ve named Ryan’s Sunflowers and Smiles.

"Smiles and flowers," Ryan said when asked about his project.

The Kelloggs, including Ryan's siblings, Sam, Madeline, Makenzie and Trevor, planted several fields of sunflowers and zinnias earlier this year. This summer, they started cutting, arranging and delivering the flowers to random people in the community.

"We make it very simple. A lot of people want to talk. A lot of people are shocked to get the flowers. We don’t want them to feel when we walk up to the door, ‘Oh my gosh, what are they selling?’ so it’s ‘Hey, we’re just here to drop off flowers. We hope it brightens your day. Have a great day.’ And we walk away," Brian said.

The project started as a way to get Ryan, who has Down’s Syndrome, involved in the community and to repay the kindness of people who had helped the family during a particularly trying time for the family. When Ryan was just 3 years old, he suffered a stroke.

“The neat thing about it is when Ryan was at his sickest, when he was 3 he had a stroke and we almost lost him, people did things, just little subtle things, it meant so much to us at that time,” Brian said.

As word of their project has spread, the Kelloggs have received donations from the community and friends and family have pitched in to help them arrange and deliver the flowers.

"It's been amazing how many people have helped by donating vases or coming over and spending a day with us arranging flowers," Karen said.

His mom said that Ryan is very social and loves to shake people's hands and introduce himself. Delivering flowers has been a great way for Ryan to meet new people and socialize, but his mom hopes it may be something even more.

“We thought about things that he can do as he gets older. What’s his life going to be like? What’s he going to do? You think about all those things for your kids and you think about them a little differently for kids who are disabled,” Karen said.

"We got a message from a lady that we delivered flowers to at hospice and it meant a lot because her mother is on the last hours of her life and they just needed that little bit of a pick-me-up," Brian said.

"The flowers are nice but it’s really that someone took 10 minutes to get this thing around and bring it to me," Karen said.

As summer has turned into fall, the Kelloggs are wrapping up their deliveries for this summer, but they plan on revisiting the project next summer.

"We definitely are going to do it again, but we want to be better organized next year and maybe do even more deliveries," Karen said.