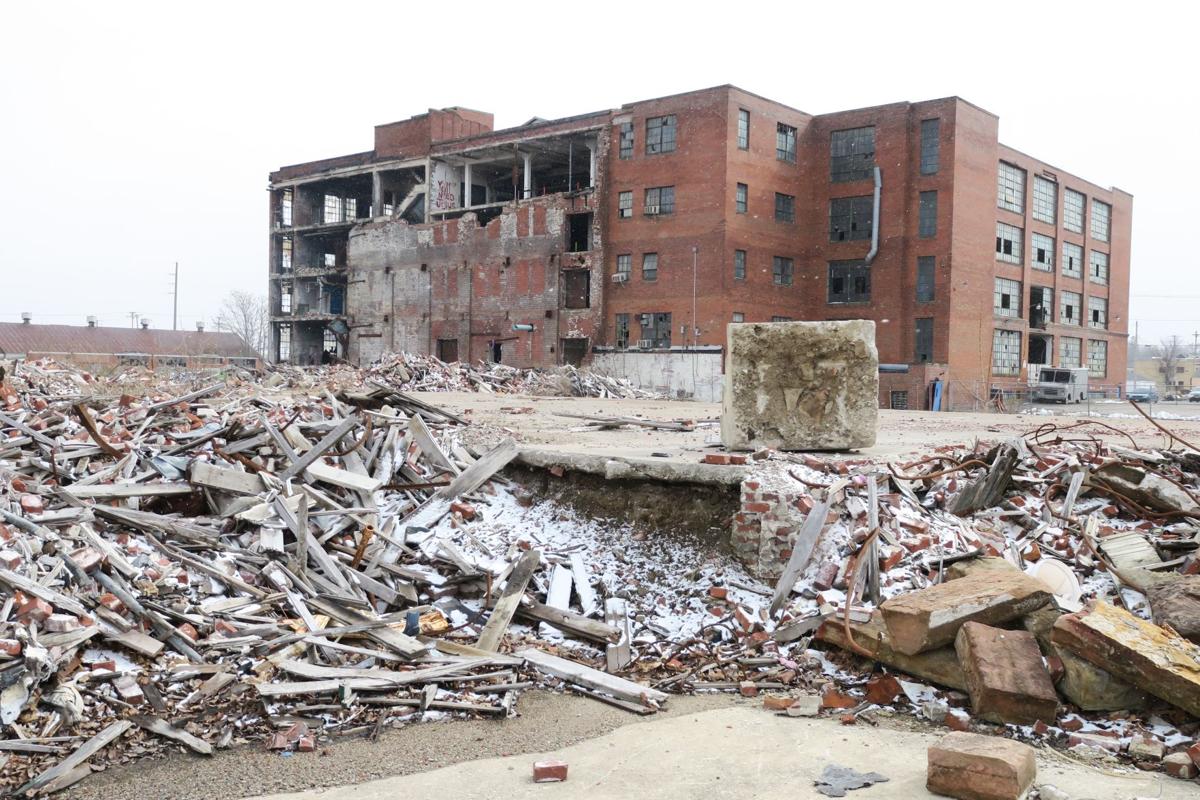 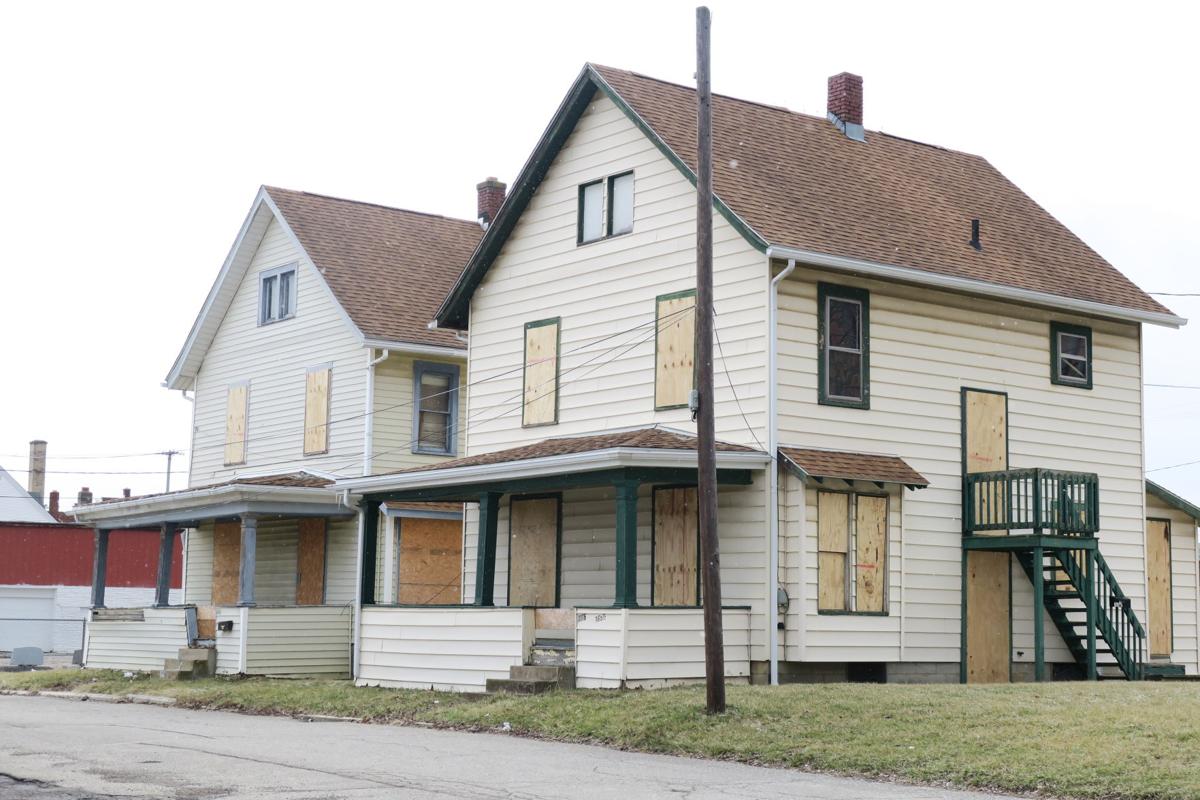 Two houses on Covert Court are considered a crime scene after alleged serial killer Shawn Grate was arrested there and the bodies of two woman were found inside one of the houses. The houses belonged to Pump House Ministries at the time and are now owned by the City of Ashland.

Editor's Note: This is Part Two of a four-part in a series about the past, present and future of the former F.E. Myers Pump Company complex and Pump House Ministries.

ASHLAND - Pump House Ministries has had its share of struggles over the past 15 years, namely incorrect legal advice in its early days leading to tax trouble, devastating fires several years ago, and more recently, the discovery of alleged murders that took place on one of its properties.

Greg McFarlin, who emphasized he is not an accountant but said he keeps the Pump House’s books, characterized the issues as “a string of errors, none of which, that I can tell, the Pump House started.”

McFarlin described a spiral of unfortunate events and public mistrust that feed on each other and make it difficult for the ministry to move forward.

“At his heart, Bruce (Wilkinson) is trying to do the right thing and is just feeling like there’s no way out,” McFarlin said.

Wilkinson did not return phone calls for comment on this series, but McFarlin agreed to speak on the ministry’s behalf while Wilkinson was in Africa on a water purification program trip.

Pump House Ministries has long been plagued by property taxes that ministry leaders never expected they would be asked to pay.

As a nonprofit corporation, Pump House is exempt from federal income taxation, and the ministry believed the nonprofit status would also exempt Pump House from paying property taxes.

The problem was that technically, Pump House did not own its land until 2007.

Rather than actually gifting the land to Pump House Ministries in 2003, former owners Marty Myers and Jim Landoll gave the Pump House full interest in one of their companies, Sassafras, Ltd.

“Bruce didn’t file property taxes because he thought he didn’t need to,” McFarlin said, adding that Wilkinson hired legal council and thought he had his bases covered -- but later learned he received bad advice.

When Pump House filed for tax exemption on the properties for tax year 2006, and for remission of taxes and penalties for the 2004 and 2005 tax years, the ministry was not the owner of the properties.

The properties were transferred to Pump House in 2007, but it was too late. In 2010, the state tax commissioner dismissed Pump House’s application for tax exemption.

Pump House appealed to the Ohio Board of Tax Appeals and to the Fifth District Court of Appeals, but lost those appeals.

“This fire, most likely started by someone smoking in a restricted area, caused the loss of electricity and power to our uninsured factory and warehouse buildings where we were operating a workforce reentry program employing over 100 people,” Pump House reports in the ministry history it provided to Ashland Source.

The reentry program consisted of a company contracting with Pump House to sort truck parts.

After the fire, the truck part company went bankrupt and Pump House spent $40,000 to cover a payroll the company defaulted on and to pay the company’s workers to help with the cleanup. Pump House also spent a significant chunk of money to buy and operate a generator.

Another fire in 2013 destroyed three more buildings that the Pump House was using to store donations. This time, the fire was determined to be arson perpetrated by juveniles.

In Spring 2014, Wilkinson announced plans to demolish the old F.E. Myers buildings, construct some new buildings and create a park.

Several months later, according to a Times-Gazette report from that time, Wilkinson wrote a letter to mayor Glen Stewart. The letter stated the ministry would delay the planned demolition and would be closing its men’s shelter, its food pantry and its Pump House Grill restaurant.

In December 2015, a portion of another of the complex's buildings collapsed. The rest was subsequently razed.

In 2016, Wilkinson announced plans to bring a Best Western hotel, retail stores, restaurants and condominiums to the site, working with a company called Building God’s Way out of Ogden, Utah. Those plans have not come to fruition, and the Pump House site is no longer listed as a project on BGW’s website.

Pump House leaders said they had no knowledge that Grate was staying in one of the houses.

Tunnell said at the time the foreclosure action was purely a tax issue and the time was not related to the Grate case.

In fall 2017, Pump House reached a settlement with Ashland County and the City of Ashland in which the city agreed to pay the nearly $63,000 in county property and Muskingum Watershed District taxes owed by Pump House Ministries and to acquire the land.

The city now owns all the former Pump House property south of Fourth Street, with the exception of the thrift store.

As part of the deal, the city acquired a house Pump House was using as men’s shelter on Third Street, and the shelter was shuttered at the end of last year.

Pump House still holds the deed to the thrift story property but recently entered into a land contract with Benjamin Nutter, who is paying the back taxes to acquire the property.

Tunnel has asked the city not to demolish the two Covert Court houses until after Shawn Grate’s trial, which is scheduled to begin April 9.

Tunnell has filed a second foreclosure complaint in Ashland County Common Pleas court, this one on the parcels north of Fourth Street between Orange and Union Streets, where the fires occurred. He has also filed a motion for summary judgement in that case. If the court grants summary judgement, he said, the foreclosure will be complete.

McFarlin said Pump House leaders will be content to relinquish all the property from Orange Street to Union Street, including the textile warehouse at the corner of Fourth and Union Streets.

If that happens, Pump House will own only its office and catering building and the adjacent parking lot.

“We’re hopeful that we can find some solutions to clean it up prior to auction,” Tunnell said, adding that he has been in contact with state and federal representatives to begin dialogues about potential options.

Several community leaders, including mayor Matt Miller, have suggested that a land bank could be a potential avenue for clearing back taxes and cleaning up the site.

The county is in the process of setting up a land bank, but both Tunnell and land bank volunteer Hal Sheaffer said the program will be focusing on residential properties and would not be set up to take on such a project.

After foreclosure, the property must be offered twice at auction, during which the minimum bid would be equivalent to the taxes owed. After that, the property could go to auditor’s sale, which would have no minimum.