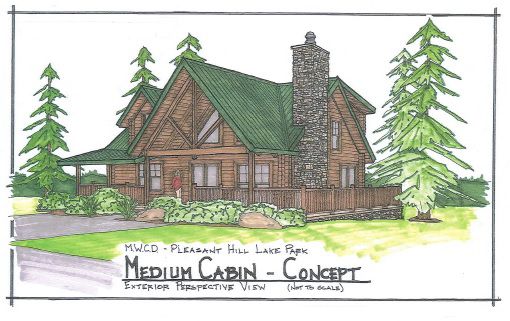 Pictured above is a conceptual artist rendering of the larger of the two types of cabins to be built at Pleasant Hill Lake Park by spring 2020. 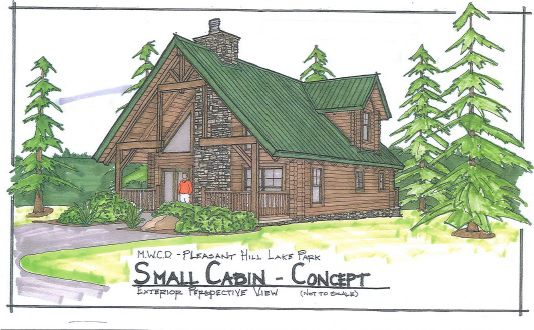 Pictured above is a conceptual artist rendering of the smaller of the two types of cabins to be built at Pleasant Hill Lake Park by spring 2020. 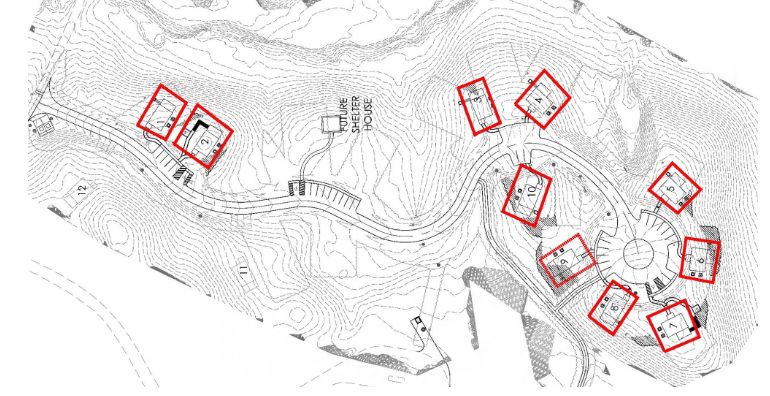 The new cabins will be located to the left past the park’s gatehouse.

PERRYSVILLE – Ten new log cabins will be built at Pleasant Hill Lake Park in Perrysville, according to Adria Bergeron, marketing and public affairs administrator for the Muskingum Watershed Conservancy District.

The conservancy district’s board recently began accepting bids for the project’s construction, which is expected to begin in 2019 with the intent to open the cabins in spring 2020 in place of the park’s current ones, built around the 1950s.

“The cabins we currently have, they are in dire need of updates,” Bergeron said. “They have no foundation to be operable to the winter, so they must be winterized.”

She was unable to confirm if a bid had been awarded yet.

The new cabins will be available to rent year-round and will be considerably larger than the current ones. There will be a mix of two- and three-bedroom options, both types with a full kitchen, hot tub and fireplace. All will feature heat and air conditioning and will be handicap accessible.

One option will feature 1,263-square-feet of space in addition to a covered patio, deck and ramp, according to an application filed in August with the Richland County Department of Building Regulations.

A community shelter will also be built near the new cabins. Bergeron believes it will serve as an ideal meeting space for groups who book multiple cabins.

The new cabins will be located to the left past the park’s gatehouse and away from the current ones, which are positioned further past the gatehouse and to the right.

“The new location is more of a wooded area. They’re more nestled in the woods and will have a more private feel this way,” Bergeron said.

The current cabins will remain open until the new ones are operable, at which point the older cabins will be dismantled and the area repurposed. Bergeron said an additional camping area is being considered.

Bergeron explained that the upgrades are part of the Muskingum Watershed Conservancy District’s master plan, which was approved by the district’s board in 2013. The plan consists of multiple phases of campground and marina improvements scheduled to take place over ten years and is designed to improve outdated and inefficient facilities.

Further, the two-phase plan is meant to support the MWCD's mission of flood reduction, conservation and recreation at Pleasant Hill Lake Park and the Muskingum Watershed Conservancy District’s at least seven other parks.