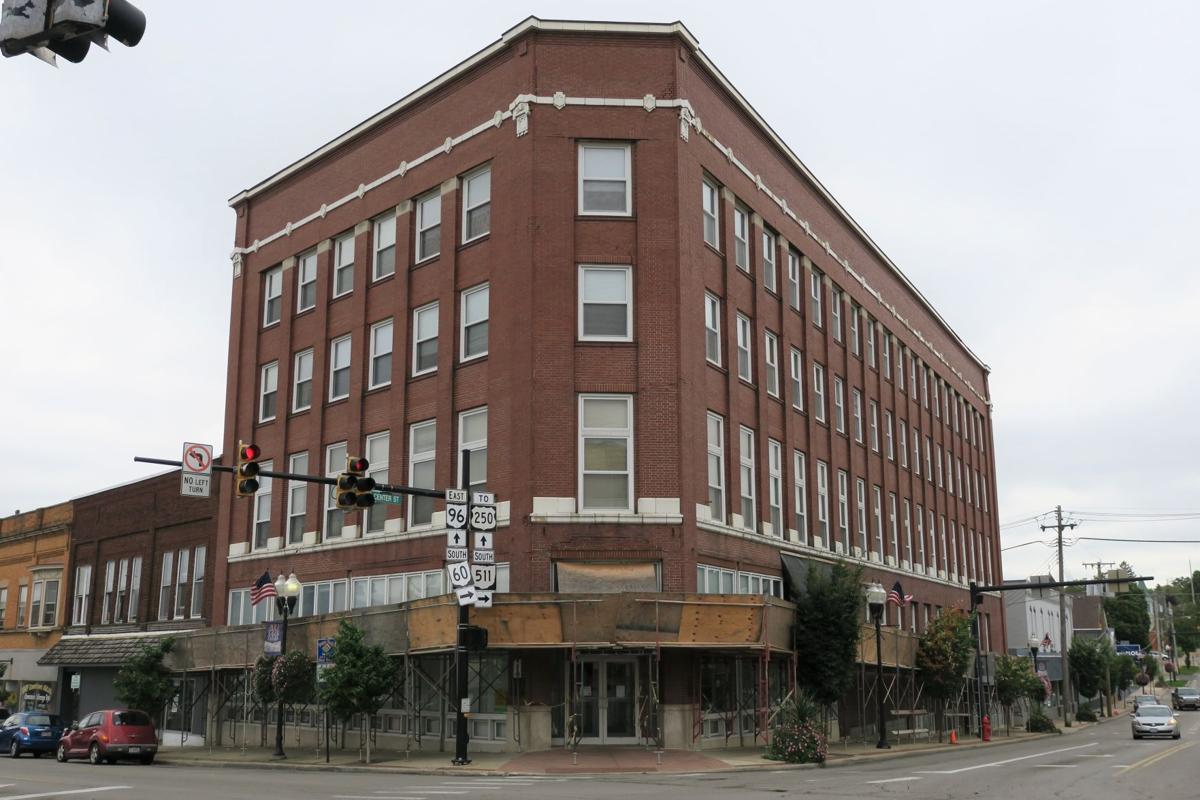 Work will begin next week on the Essex House building at the corner of East Main Street and Center Street in Ashland. 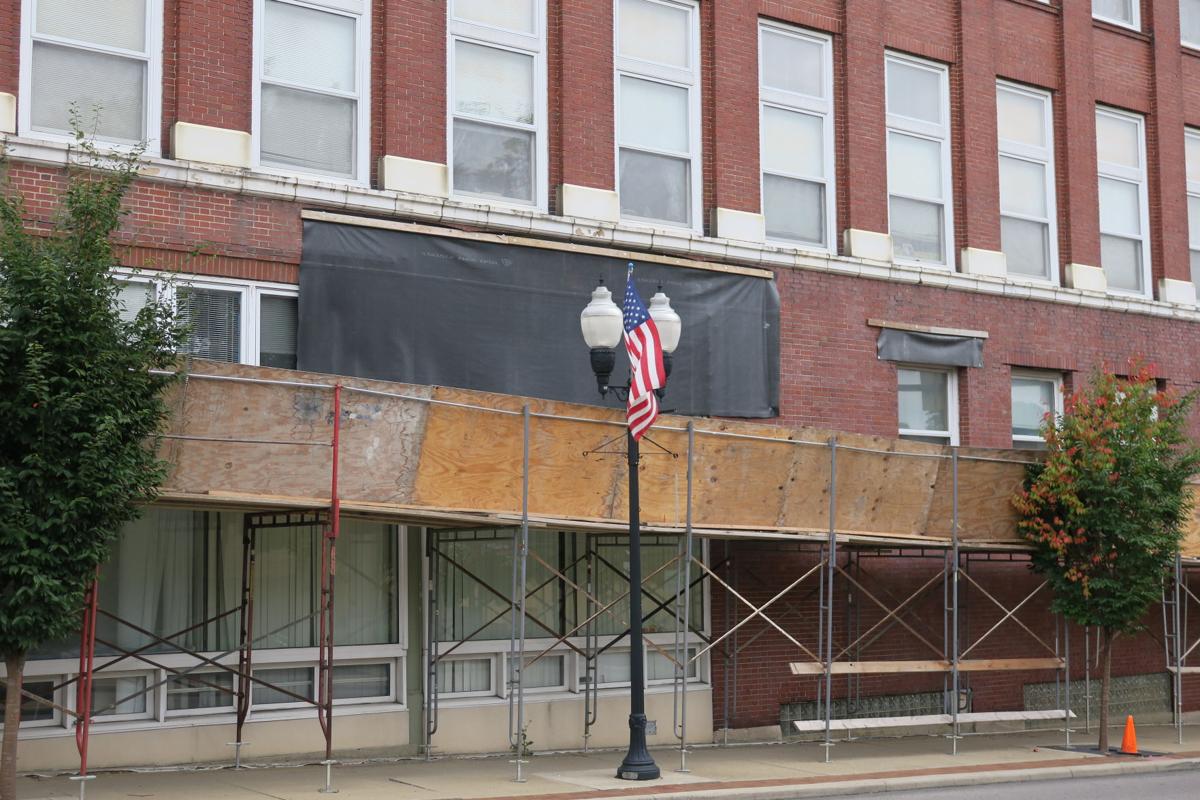 A temporary covering on the Center Street side of the Essex House shows were moisture caused several bricks to slip and fall in June.

EDITOR'S NOTE: This story is responding to a reader-submitted question through Open Source, a platform where readers can submit questions to the staff. Ashland Source reader Kay Pauley asked, “What is going to happen with the old Home Company building (the Essex House) on the corner of Main and Center Street? It's falling down."

ASHLAND - The four-story building at the southeast corner of Center and Main streets is one of downtown Ashland's most unique structures.

Built in 1910 to fit a 30-degree angle lot, the building at 1 E. Main St. housed an early department store called The Home Company. The building, which now houses the Essex House low-income senior living apartments, was placed on the National Register of Historic Places in 1997.

For the past few months, the most prominent thing passersby may have noticed about the building has been walkthrough scaffolding.

That's why Kay Pauley used Ashland Source's Open Source platform to ask, "What is going to happen with the old Home Company building (the Essex House) on the corner of Main and Center Street? It's falling down."

What happened, Essex House manager Lee Bright explained, is water seeped behind the brick facade, causing several bricks on the Center Street side of the building to slip and fall onto the sidewalk in June.

"It's just a small section that slipped, but a larger section needs to be done to stabilize it," Bright said.

Bright said several engineers had to come and look at the building to help Essex House determine how to proceed. The building is owned by the Limited Partnership Ashland Essex House, which is registered to G. Fred Schwab of Columbus.

The company ended up hiring Ashland-based firm Simonson Construction as the general contractor on the project.

Simonson president Dan Moore emphasized the project will not be a facelift of the building's brick facade, as some might expect.

He said his crew will be doing some miscellaneous masonry repairs, but the core of the project will be to replace the steel lintels in the second floor windows. The lintels are designed to carry the weight of the brick above them, but they had deteriorated over the years, according to Moore.

Moore said the lintels on the building's higher floors are in far better shape than those on the second floor.

"There will come a time when they'll need replacement, but not right now," Moore said.

Moore plans to start the work on the second floor lintels and masonry next week. The project should be done by Christmas and could be complete as early as Dec. 1 if weather cooperates, Moore said.

Mayor Matt Miller said city officials requested the contractors begin on Main Street in order to have the street and sidewalk cleared in time for the Dec. 1 holiday parade.

Moore said Simonson will instead start on the Center Street side, where the most work needs to be done.

"We want to tackle that while the weather is cooperative," he said.

Meanwhile, Center Street will be reduced to one northbound lane during construction.

When the crew moves around the corner to the Main Street side, a few parking spaces on the south side of Main Street will be blocked off for construction.

Moore said he has promised the city he will not have any temporary fences or blockages on Main Street during holiday parade, but the scaffolding likely still will be on the sidewalk.

Have a question you'd like use to explore? Ask your question below, and Ashland Source may answer it next.