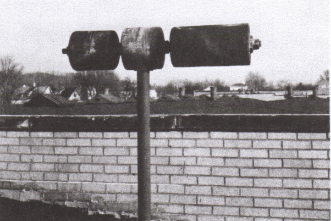 The whistle is best known as the shift whistle from the Flxible Company, where it was used from 1940-1996. 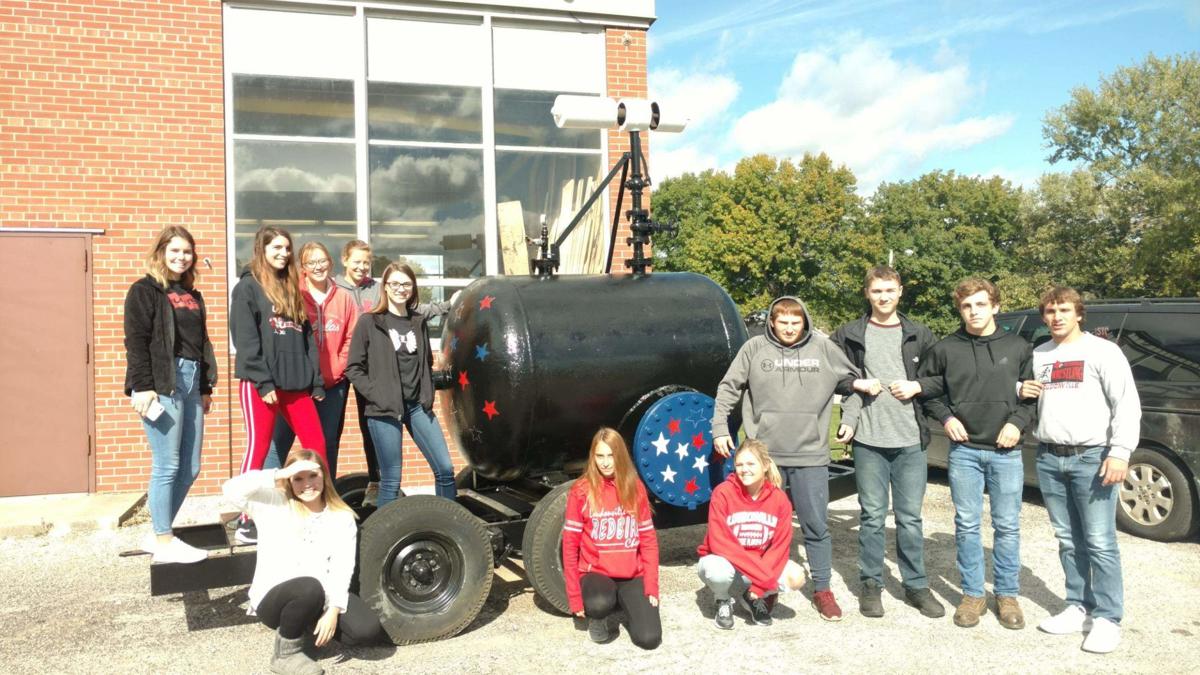 Students in the Art III class at LHS have taken on the task of painting the large air tank which the whistle has been mounted on.

For over four years a brutal war — filled with new technologies and horrors — had raged across the globe, claiming over 40 million casualties. What had begun as a “splendid little war,” following the assassination of Archduke Franz Ferdinand, quickly transformed into one of the bloodiest conflicts in world history.

It wasn’t until Nov. 11, 1918 that the World War would finally draw to an end; at 5 a.m. representatives of Germany signed an armistice calling for a cease-fire at 11 a.m. later that day.

News spread rapidly across Europe, North America and the rest of the world that the armies of France, Britain, the United States, and their allies had defeated the Central Powers of Imperial Germany, Austria-Hungary, the Ottoman Empire and others. To signal the end of the war, church bells rang in celebration as clocks struck 11:00.

In Loudonville, residents were notified by a new sound that would soon become quite familiar — the hiss of a steam whistle. One hundred years later, residents will get a chance to hear it again.

When the United States finally joined the war in 1917, Loudonville-native Isaac Hunter set out to develop a way to signal the town when it ended. He built a gong whistle on his treadle-lathe and installed it on the steam generators at the Loudonville Power & Light building, located on the west bank of the Black Fork River (current location of the Loudonville Water Works).

When the armistice finally came, the whistle was blown and legend claims it was heard as far as Perrysville, McKay and Jelloway. When the Power & Light building was dismantled in 1936 the whistle was removed and in 1940 given to the Flxible Company to be installed on their newly constructed Plant 2 — where it was used as a shift whistle, blowing at 7 a.m., noon, 1 p.m. and 4 p.m. every day until the plant closed in 1996.

The most exciting time to hear the whistle blow, however, was 7:30 a.m. — when two blasts indicated that school had been cancelled that day.

The whistle is now housed at the Cleo Redd Fisher Museum, but with the help of Carl Ayers and Ayers Farm of Perrysville it is set to make one last curtain call on the anniversary of its debut.

According to Kenny Libben, curator, “We thought this would be an exciting way to honor the past and bring part of the museum’s collection back to life.”

The whistle has been a popular part of the Flxible exhibit for visitors who grew up in Loudonville, many fondly recall hearing it blow but few ever saw it — as it was mounted high on the roof of the factory. Earlier this summer the whistle was taken to Ayers Farm, where it was mounted to a large air tank that will provide the pressure to blow it.

Since the compressed air will not be as powerful as the steam pressure that originally blew it, Libben is unsure how far away the whistle will be heard.

“A hundred years ago there were very few cars on the roads around here, so this time we’ll be dealing with a lot more noise pollution that may drown out the sound,” he noted.

The blowing of the whistle will be part of a larger celebration of the anniversary and of Veteran’s Day, which originally began as Armistice Day in 1919.

Members of American Legion Post 257 and Veterans of Foreign Wars Post 8586 will lead multiple remembrance ceremonies, including one earlier in the day at 10 a.m. at the Route 39 Bridge and Greenlawn Cemetery in Perrysville.

At 11 a.m., the whistle will blow near its original location, after which bells throughout the village will ring in celebration of the armistice and in honor of those who fought.

At this time the American Legion and VFW will conduct a ceremony at the Main Street Bridge, laying a wreath followed by a 21-gun salute and the sounding of taps. Afterwards, a single bell will toll 21 times in memory of the seven local men who gave their lives in the conflict: Floyd Arnholt, James E. Danner, Dewey B. Sellers, Floyd Teeters, Marcus Shout, Samuel J. Covert, and Harold Hissem.

At approximately 11:20 a.m., the American Legion and VFW will conduct another remembrance ceremony at the Soldier’s Memorial in Central Park. Those who wish to participate are encouraged to attend either or both ceremonies, as the whistle and bells will be audible at both locations.

The whistle will be on display at the Central Park ceremony, for those wishing to see it. Any organizations with bells that would like to participate in the ringing should contact the CRF Museum at 419-994-4050 for more details.