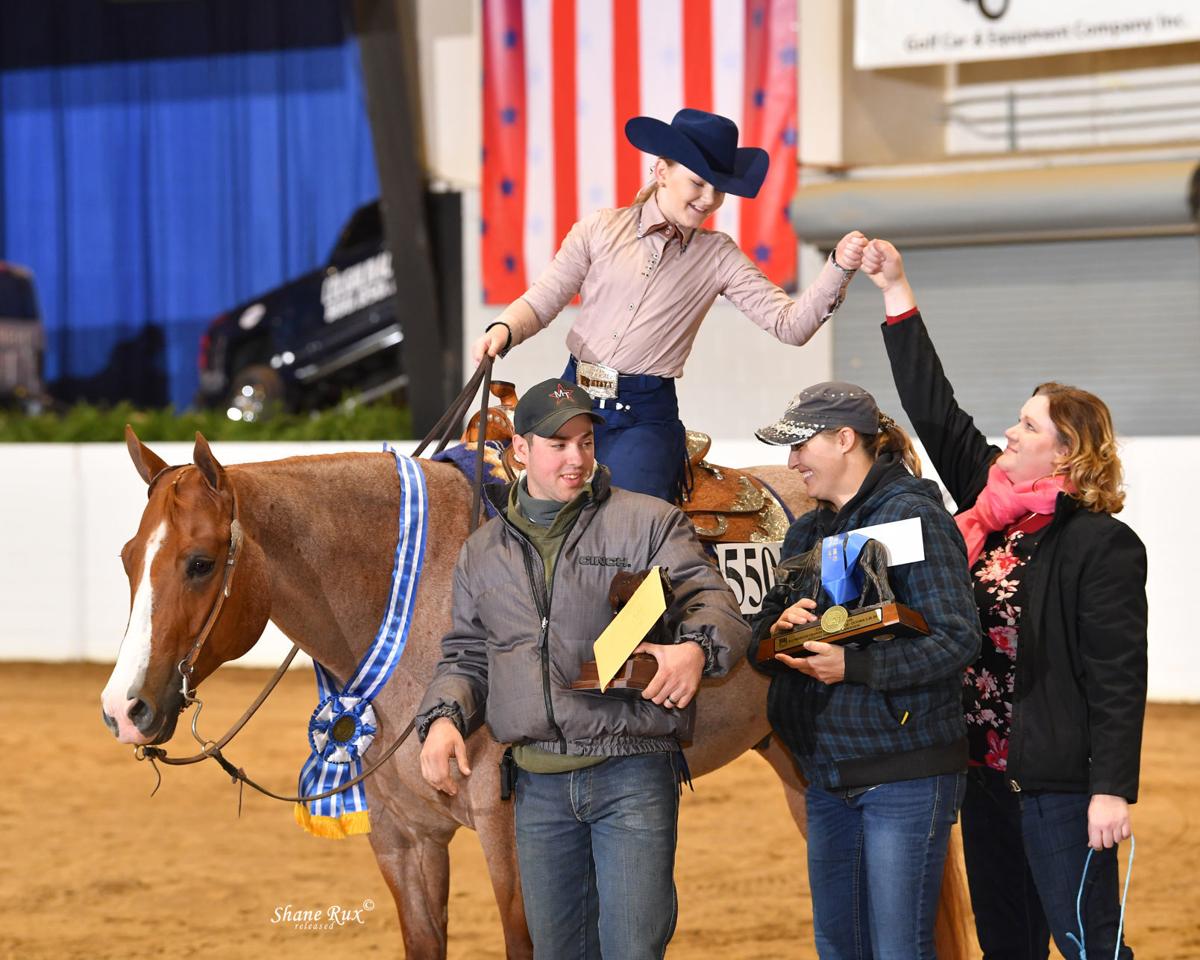 Addison Nalle-Icenhour celebrates her first place win in the Youth Trail age 11 and under category at the All American Quarter Horse Congress Oct. 22. 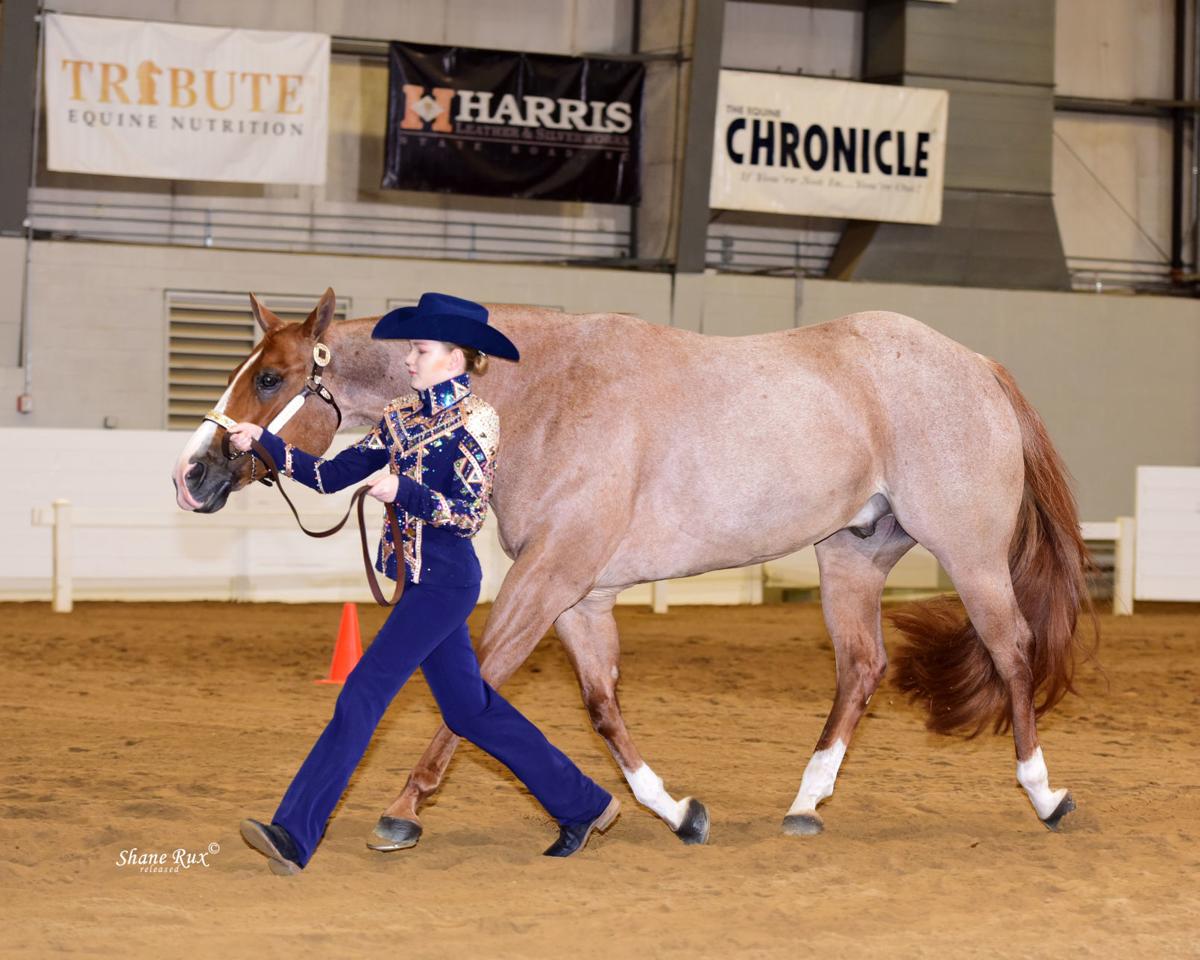 JEROMESVILLE - Addison Nalle-Icenhour had a good run, but she knew she'd made a small mistake. It wasn't until she dismounted her horse and checked the Horse Show Tracker cell phone app that she realized she was a contender.

With a score of 222 in the Youth Trail age 11 and under category at the All American Quarter Horse Congress Oct. 22, she had taken the lead in her class. She burst into tears.

There were just four riders to go, and Nalle-Icenhour waited and watched anxiously. In her pocket was a slip of paper she'd saved from a fortune cookie.

"There will be great awards and prizes coming to you in the next month," the fortune read.

Along with Lonesome at the Bar, the red roan horse she leases from her cousin, Addison ended up taking first place in her class. It was a dream come true for the 11-year-old Hillsdale Middle School sixth grader,.

It was also a surprise, because Addison was competing while recovering from a deep bone bruise that landed her in the hospital just a few weeks before the competition.

In the trail competition, riders have to lead their horses through a highly scripted agility course, explained Addison's mother, Shelly.

"You have to basically parallel park your horse," she said. "(Quarter Horse Congress) is the Super Bowl, and this is the hardest class there is."

Addison has been riding horses since age 4 and showing since age 6.

"It's very therapeutic," she said.

Addison loves spending time with her horse and with friends who also show horses. She loves working hard to achieve a goal and developing the skill and strategy to compete against some of the best young riders in the country.

"I always say, either you win or you learn," Addison said, and she enjoys both.

But winning has its own special feeling, and Addison has been winning a lot lately.

She was a world champion at Pinto World Championship at the age of eight. The following year, she competed at Paint Worlds and then placed in the top 10 and top 15 in various classes at Quarter Horse Congress. This year, she was a finalist at the American Quarter Horse Association Youth World competition.

Addison has one year left to compete in the 11 and under category as she will still be 11 on January 1.

Addison credits her success to help from her trainers, Marion and Kirsty Troyer of Apple Creek, and to the support of her family, especially her mom.

Shelly attributes her daughter's achievement to a combination of hard work and innate ability.

"She's a gifted athlete, she's got a good work ethic and she's just naturally talented," Shelly said. "Her ability to connect with the horse and become a team is fantastic. She's just a natural."

Shelly is particularly proud of what her daughter has been able to accomplish without the benefit of the expensive horses many of Addison's competitors show.

"You don't have to have an $80,000 horse to make a champion," Shelly said. "It's attainable for the average person with hard work and dedication."