EDITOR'S NOTE:  This is the latest installment of a monthly series by Ashland Source columnist Adam Fox, who has climbed the highest peaks in more than 35 states on his quest to conquer all 50.

The Timberline Lodge rose to fame in the opening scene of Stanley Kubrick’s, “The Shining.” No other mountain lodge could capture the ominous and murderous feeling of elevator doors full of blood, slowly opening and spilling down the hallway. 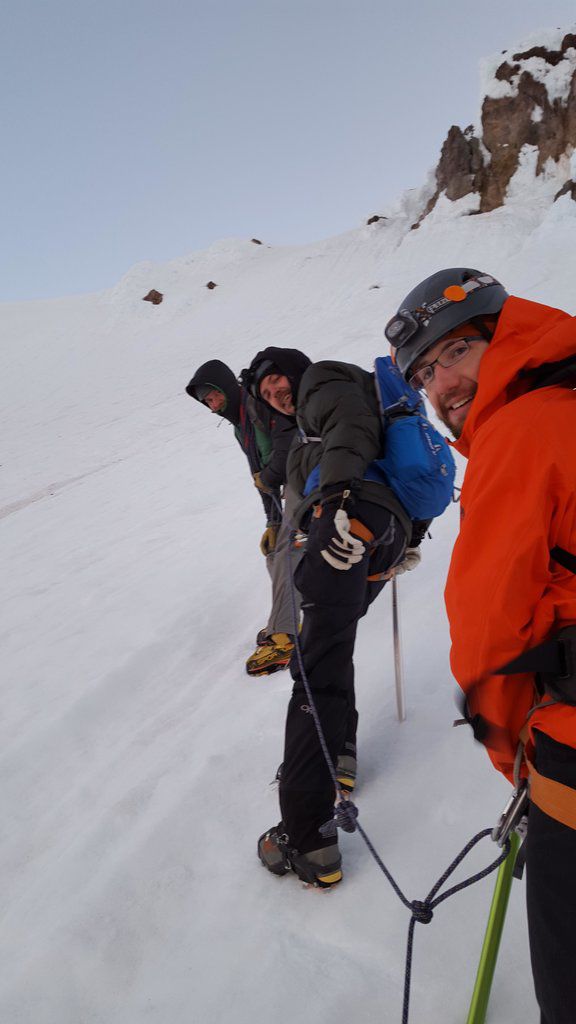 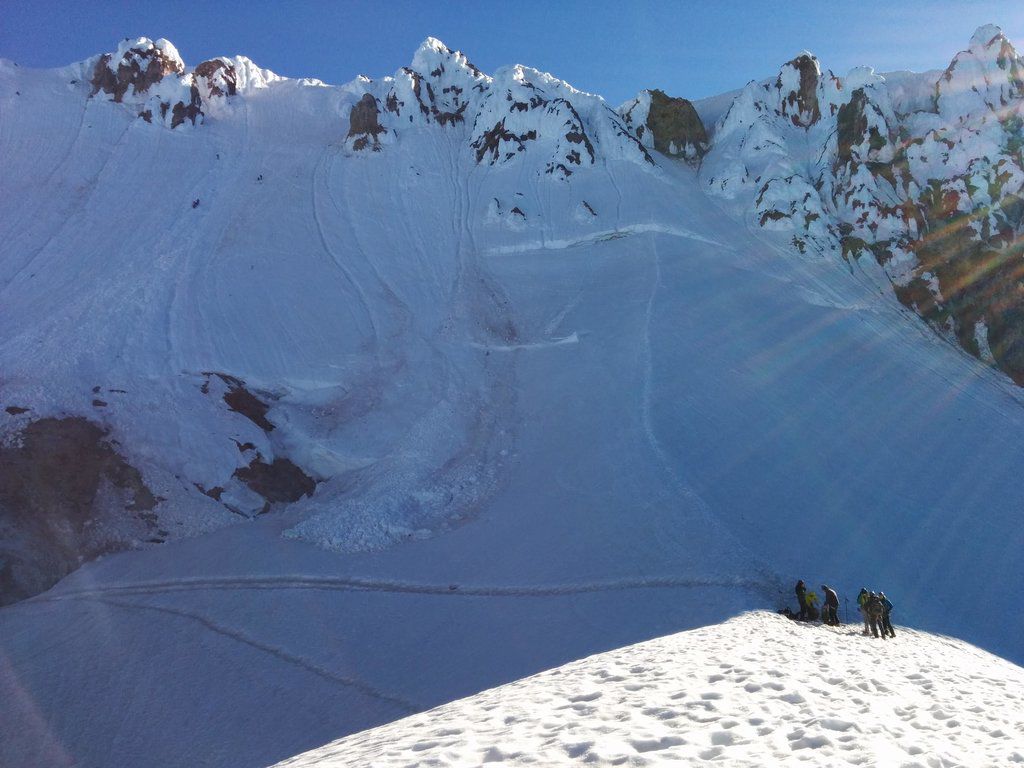 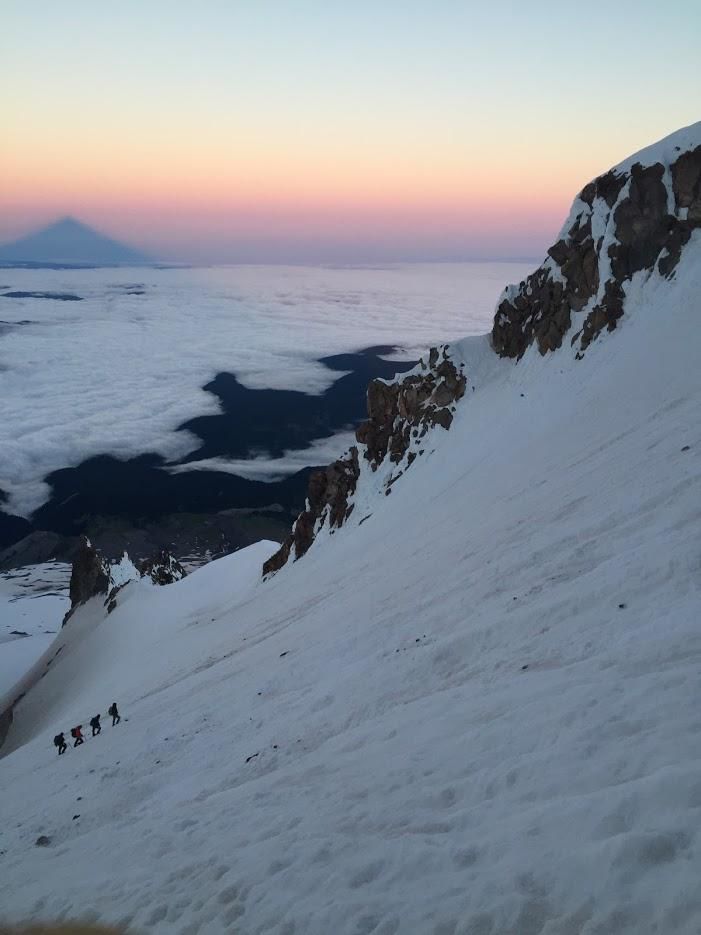 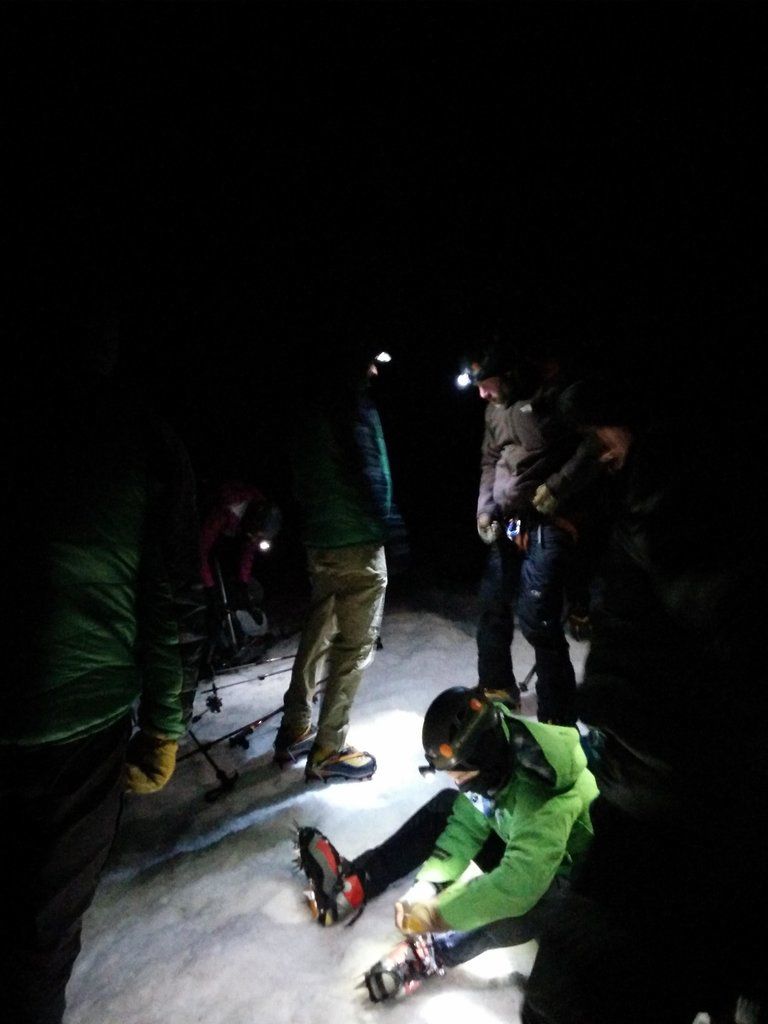 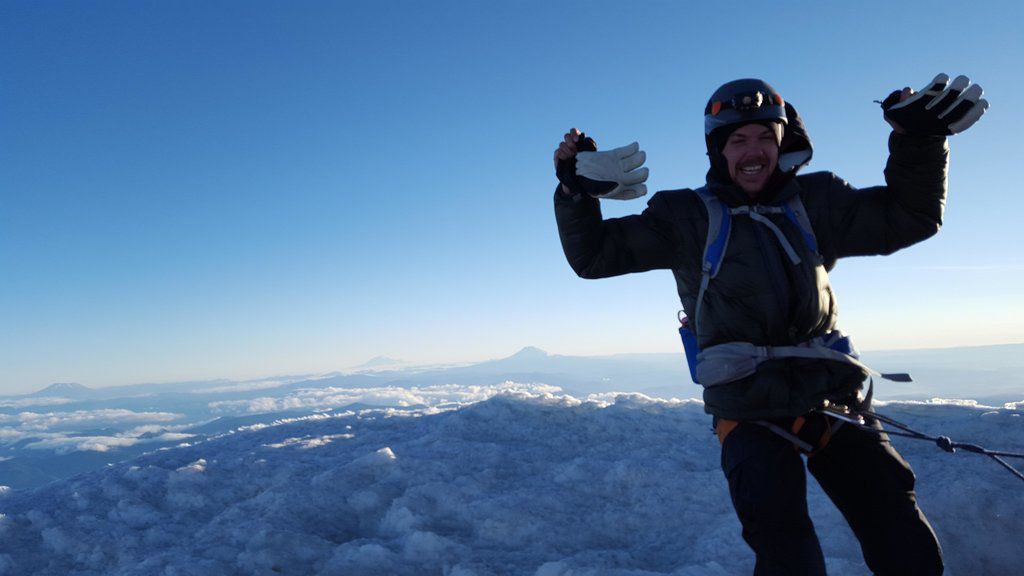 Behind Timberline was Mt. Hood, the highest point in Oregon, a volcano of death glaring at me as I stood frozen in the parking lot.

In the late spring of 2015, the Mt. Hood expedition was to be my first snow alpine ascent of a peak over 11,000 feet. Of all of the state peaks, Hood is regarded as one of the top five toughest summits.

A week before I left Ohio, a climber fell 400 feet and died on the route I was planning to tread. I now remember being at the spot where he died and being confused about a proper course of action in terms of paying respect.

But I shouldn’t have been thinking about that. All big mountains are surrounded by souls.

I met Arizona Tony in New Orleans during the first Mardi Gras after Hurricane Katrina. As a seasoned veteran of the parades, jazz, beads, boobs and debauchery, I felt a sense of duty to be there amidst all the rubble, to show that the spirit of the Crescent City could not be stopped by mother nature or FEMA.

It was 6 a.m. when we arrived back at my friend’s apartment from the long night, and I had a new tattoo running down my leg that I vaguely remember getting. New maniacs had arrived to the shared space.

Years later, Tony emailed me, after moving from Arizona to Oregon.

“Doc, there’s a mountain here. It calls us. Come out. Tony.”

And that was all fine and romantic and driving through Portland we felt prepared and confident and mighty. And then the cold-water shrinkage occurred when we finally arrived at the base of the mountain and peered upwards.

Ironically, very few massive peaks could actually be seen from faraway, as the range disrupted the sight line. But Mt. Hood was an 11,000-foot silo in a field, towering over everything, all the way to Portland some 60 miles away.

Although in the Cascade Range, Hood’s not really a mountain, but a stratovolcano pushed up through the surface like the Ring of Fire in the Pacific, and still potentially active.

Before getting serious about the climb, we spent the first night inside Timberline Lodge so I could annoy the hell out of Tony by sneaking up behind him and whispering, “Redrum,” over and over. (If you haven’t seen or read “The Shining,” please do so before you watch your eighth superhero movie this year.)

We checked out early and the second day was the usually prep — meet the team (that Tony had assembled), aka strangers that would hold your life in their hands, go over gear, boots, routes, ropes, start time, etc.

The skiing had ceased in late spring, but we were still able to take the chair lift up to get acclimated and do some rope play in the deep powder. Short roping was new to me — I had been roped up before during vertical ice climbing in New Hampshire and for pitch climbing, but this was different.

Four humans tied together with only five feet between us and very little slack. As the saying went, “short roping prevents a slip from becoming a fall.”

If you have a misstep, your team can get you balanced pretty quickly. But if you truly fall and don’t use the ice axe to self-arrest, consider your whole team dead.

When acclimating, the rule was: “climb high and sleep low.” Go out during the day and work at high elevations, and then (quite frustratingly at times) return to camp to rest at a lower spot. Repeat.

With 60 percent less oxygen, it’s hard to fall asleep and you lose your appetite, so it’s generally better to go back down for the night.

Instead of a tent, Tony had his VW “hippie” bus parked at the base of the volcano, and we slept inside of that. For two hours. Anxiety ate at my guts before I crashed out as I could constantly see the peak through the windows. I entertained the notion of smashing my hand with volcanic rock to get out of the climb (a kid from high school broke his own hand after enlisting in the Marines, but they took him, anyway).

We chose to ascend in spring because it obviously wasn’t as harsh as winter, but the mountain would still be frozen. You go climb during the thaw of summer, and you’ll curse yourself as you slowly die of exposure over several days underneath an avalanche.

The small sliver of the moon did little to illuminate the first couple of pitches, and it was like walking on a slanted tundra treadmill. The same French mountaineering side step, over and over, with the ice axe dug into the high side of the hill. The headlamp mounted to the climbing helmet only showing your tight circle of snow, oblivious to what was ahead or below.

My blood was thin from the warm Ohio June and 23 degrees mixed with strong winds made it feel below zero, even with fleece layers and my ninja-black Patagonia windproof hard shell.

Exposed mountain snow eventually turns to concrete from the wind, and 10-point metal crampons were the only things gripping our feet to the pitch.

Through three hours of fatigue, we made it to a resting point, the “Hogsback,” a spine-like ridge that people somehow thought resembled the back of a pig. Volcanic sulfur chimneys were everywhere, stuffing the nose with the stench of rotten eggs.

PB & J sandwiches didn’t easily freeze, so I ate one along with a stiff Cliff Bar. The moistureless upper atmosphere made chewing like eating dust, and with no appetite and the sulfur smell, eating simply sucked.

Due to concerns about pack weight, no one was carrying a stove to melt snow, so if you drank all your water too quickly, you’d sure suffer later.

There were also no trees in the alpine zone, and you couldn’t just detach from the team and meander 50 yards away to relieve yourself. A good way to beat stage fright is to go climb and be forced to pee while tied to four people.

From the Hogsback, it was up the “Old Chute,” which was commonly referred to as a “life slide.” Miss a step, slide to your death. (Don’t worry; my cellmate took out a high-paying life insurance policy on me before I left. She also told me to “take a lot of risks” and to “leave my axe at basecamp,” which was weird.)

Dawn above the clouds was pretty majestic, as the shadow of Hood was draped over the soft pink and purple hues of the horizon.

Up the Chute and at the summit, we ran into another climb team and I made a new friend. Well, not at first. We somehow started arguing about authors and literature at 11,000 feet, and we both entertained ripping out each other’s anchors. Months later we connected through social media and are great pals, now. Jury is still out on his taste in books, however.

From the top, you could see Mt. Saint Helen's, Mt. Adams and Mt. Rainier all in one gaze.

The downclimb was usually considered the most dangerous part of mountaineering, but we had no issues, and at the Hogsback, unroped. The melt had begun, which meant you could jump down five or 10 feet and slide like you were on sand, crampons filling with snow and becoming useless.

Had dinner and drank a bottle of red wine at a vegetarian restaurant in Portland later that night, and winked at Mt. Hood through the dirty window.