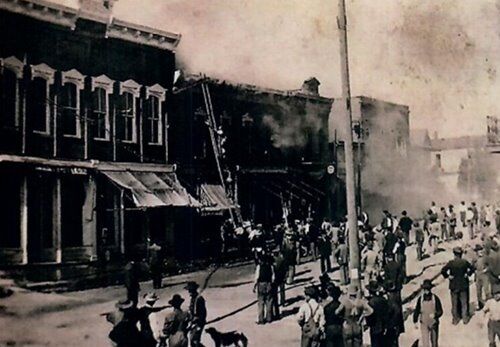 A 1906 explosion that rocked the block in Fort Recovery couldn't take down the Morvilius Opera House. 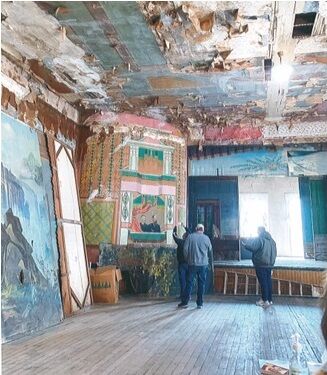 A group of dedicated community members are working on rehabilitating the facility in Fort Recovery.

Theaters and opera houses were the focus of a virtual and social distant Ohio Open Doors event in September 2020. One stunning example is the Morvilius Opera House in Fort Recovery. If it was a character in a play, it would be one who, underneath an unassuming exterior, is a showstopper waiting to be revealed.

Built in 1883 on a prominent downtown corner, the building contains two commercial spaces on the first floor and the “opera house” theater on the second. At some point, the first floor storefronts, framed by original round and fluted metal columns still present, were replaced with brick infill and large single glass windows. Even the covered opera house entrance door is unassuming.

At street level, the eye does not think twice that a ghost of a lively community space is inside. Although, a hint of grandeur is suggested by the Italianate-style details on the second story, including pedimented two-over-two wood sash windows, a corbelled cornice, and the pediment date block.

Also known as the Adam’s Opera House, the building was a center for social and cultural life in Fort Recovery. With seating for approximately 300 people, the stage hosted theater stock companies, concerts, graduations, school performances, and other community gatherings. The opera house was in use until 1936.

The building is tough. It withstood an explosion in 1906 that damaged the whole block and another fire in 1976.

The building also remains useful. Since construction, it’s been the site of a hardware store, pharmacy, grocery, and, currently, houses an appliance dealer. The opera house remains unaltered, except by deterioration caused by time and vacancy, and waits patiently for its comeback premier. A group of dedicated community members are working toward that. Follow them on Facebook by clicking here.

To learn more about historic landmarks all across Ohio, visit www.ohiohistory.org/ood.