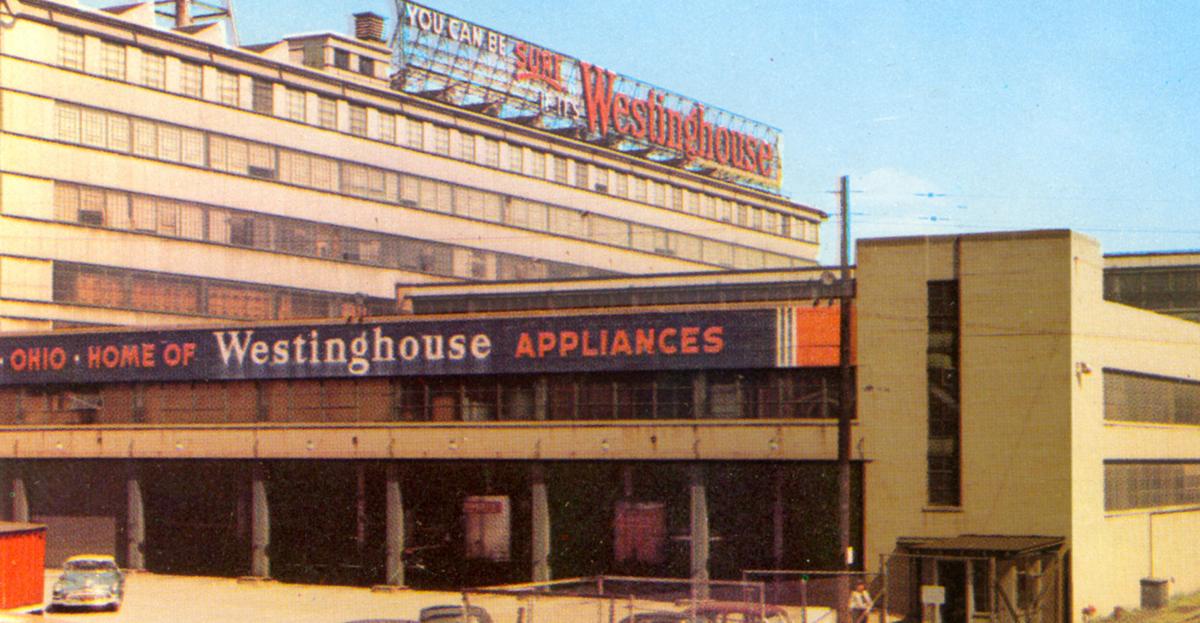 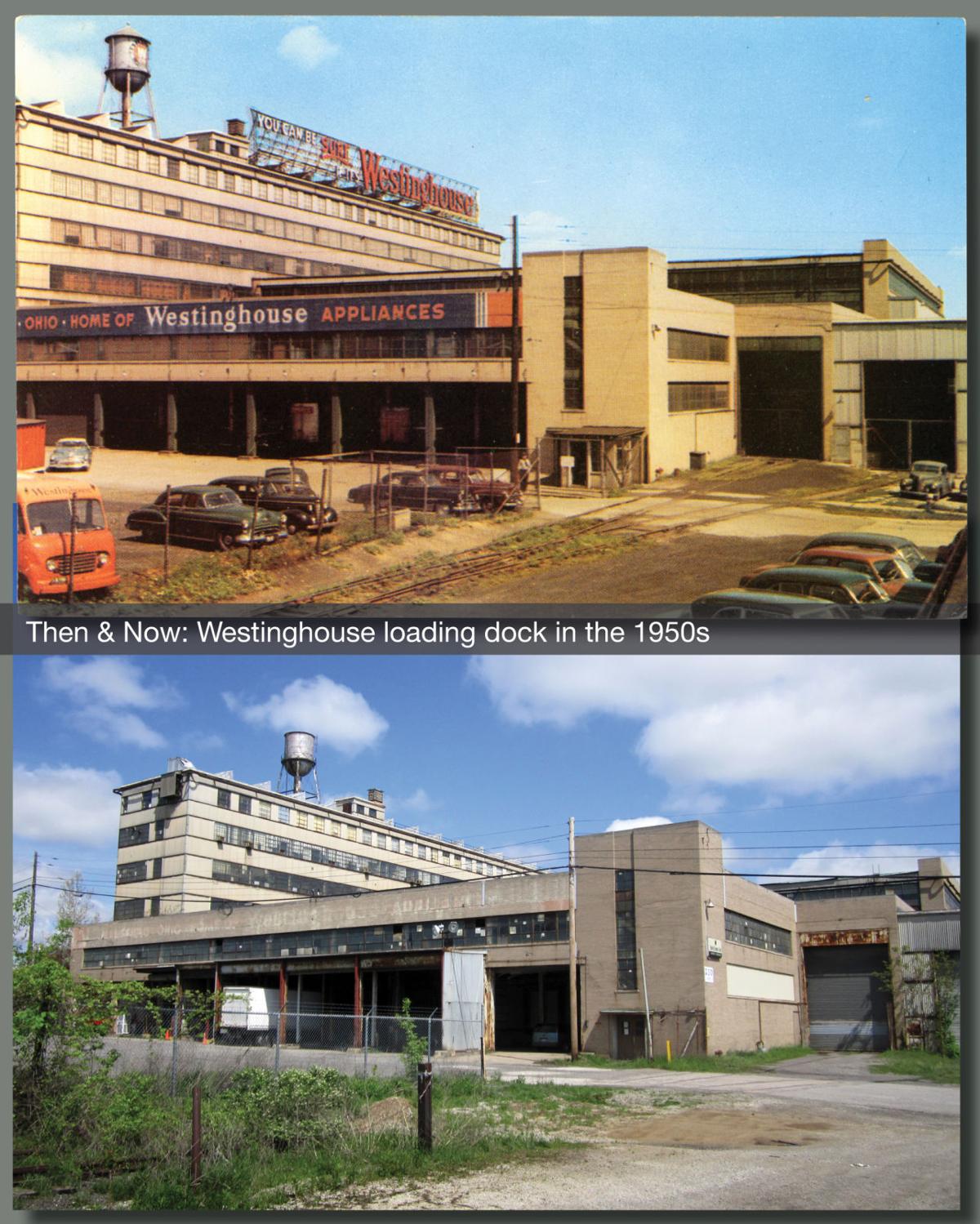 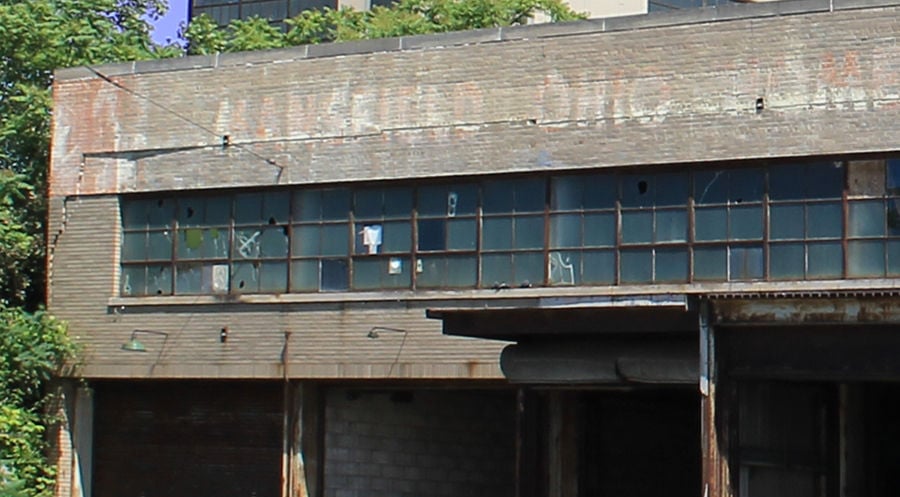 At its height of vitality in Mansfield the Westinghouse plant covered 42.7 acres between Third Street and Sixth Street. Today most of that square footage is merely naked concrete slab.

But one piece of the manufacturing complex that still stands is the loading dock.

The factory closed in 1990 but the loading dock has survived as a warehousing facility facing the short end of East Third Street.

There isn’t much left to identify the structure by its Westinghouse origins, but a close look at the brickwork above the truck ports will reveal faded remains of the paint that once said Mansfield Ohio.