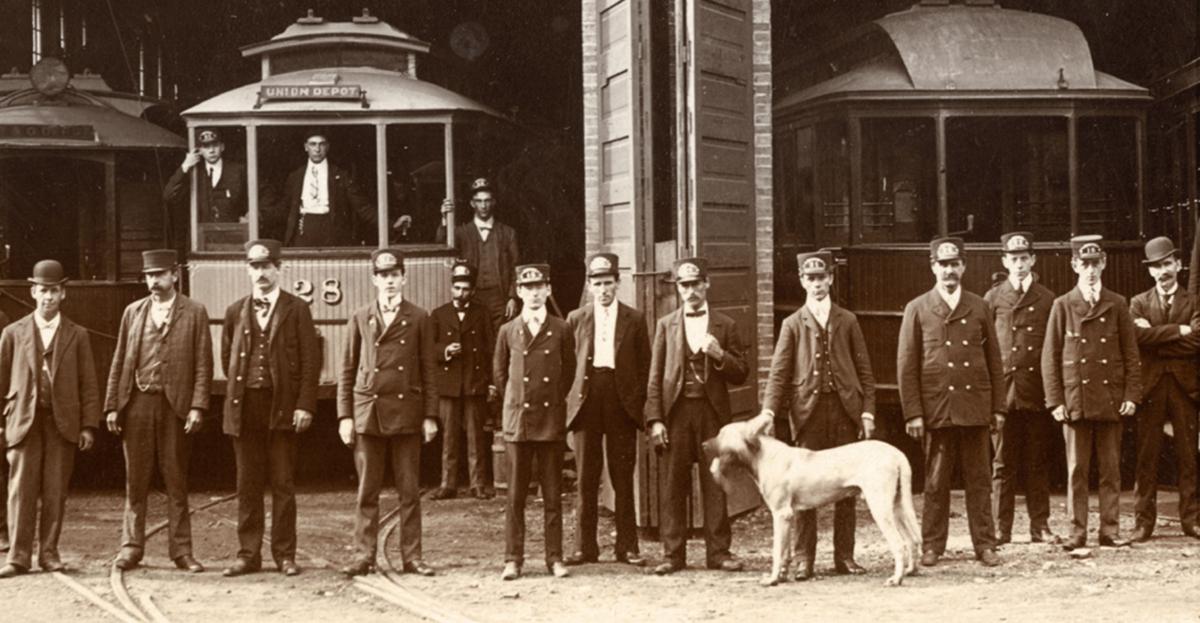 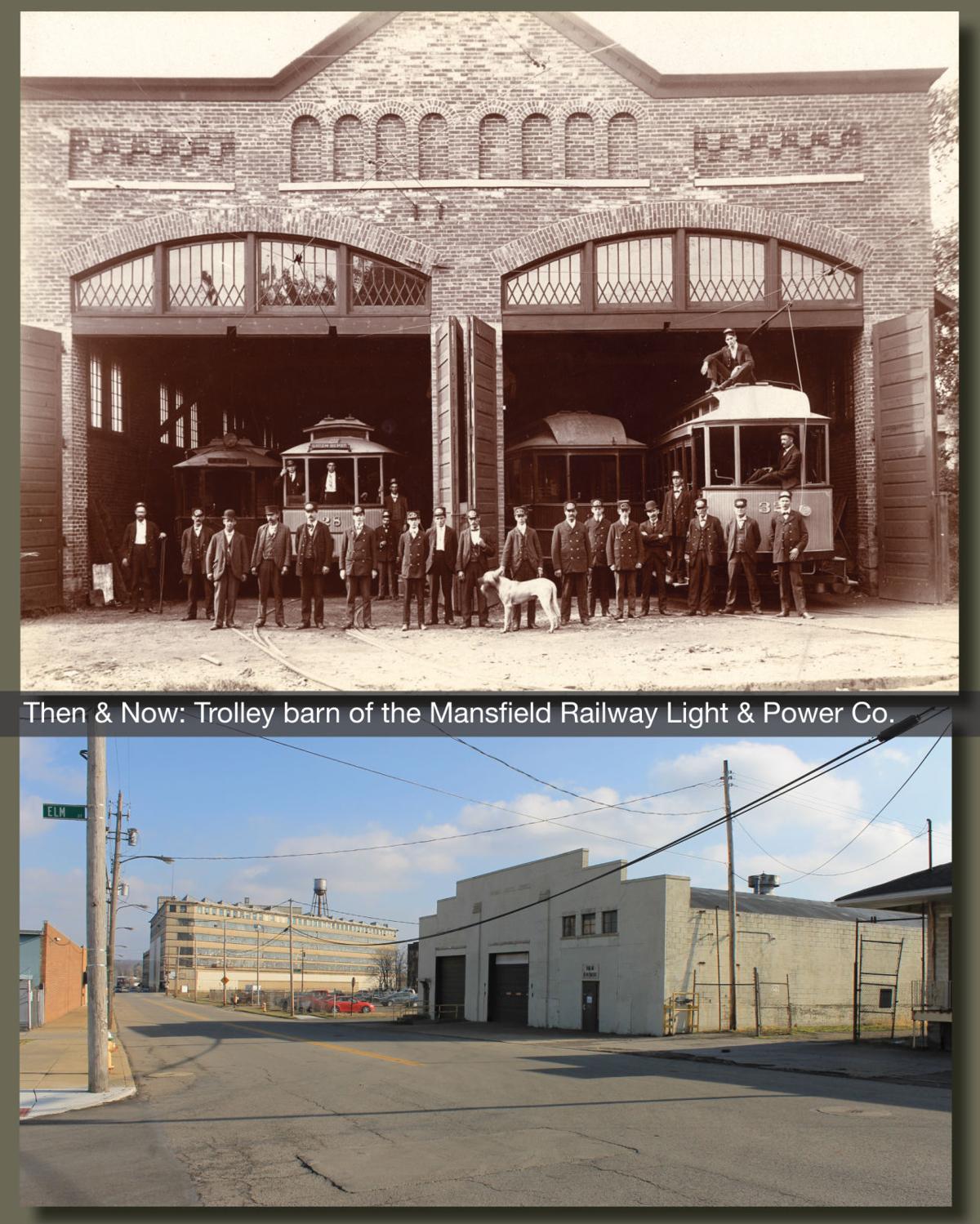 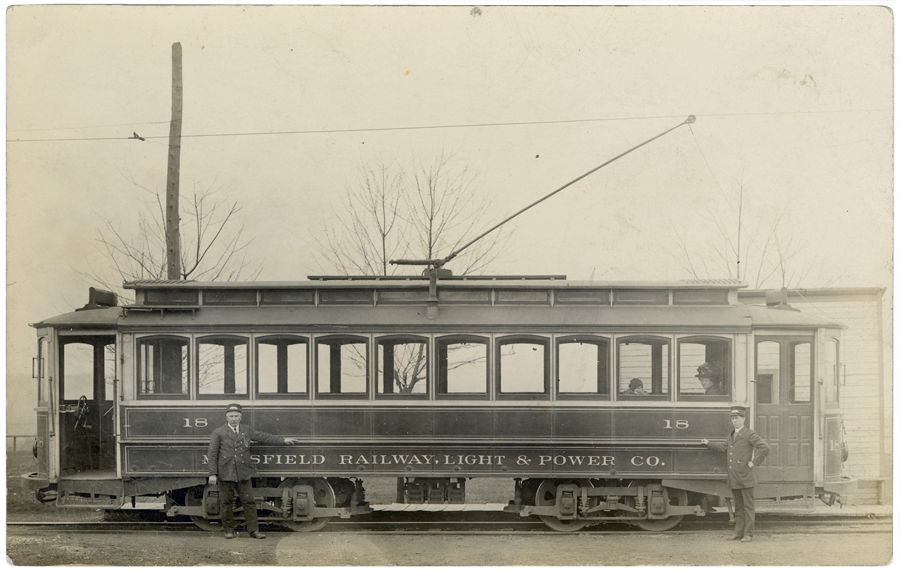 At one time in Mansfield’s history all the streetcar rails in town led to this site on East Fourth Street at Scott Street.

The building in the old photo burned down some years ago but it was replaced by a structure that bears an echo of resemblance to the original.

Known as the ‘car barn’ in its day, this building housed all the streetcars in the public transportation fleet of the Mansfield Railway Light & Power Company.

The age of trolleys in Mansfield lasted from 1887 to 1937, and all the steel rails were torn up in 1942 for recycling during the WWII scrap drives.