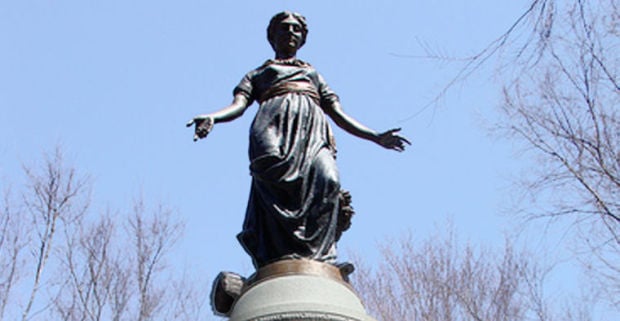 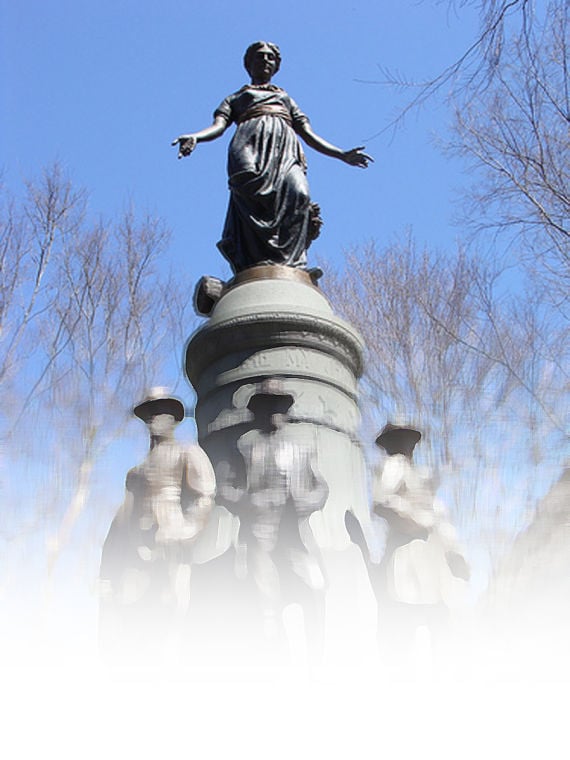 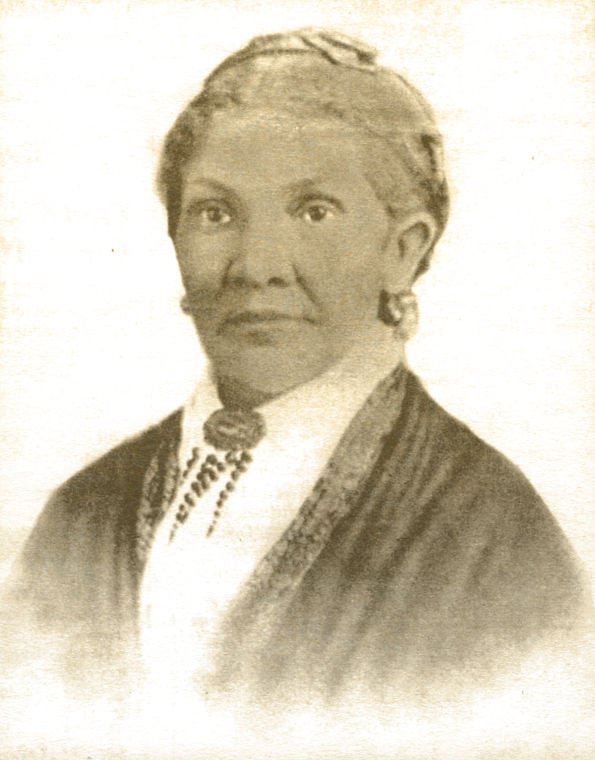 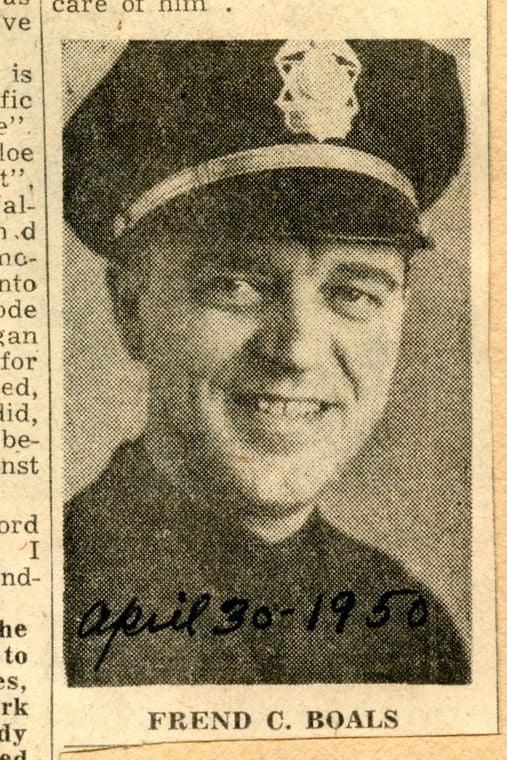 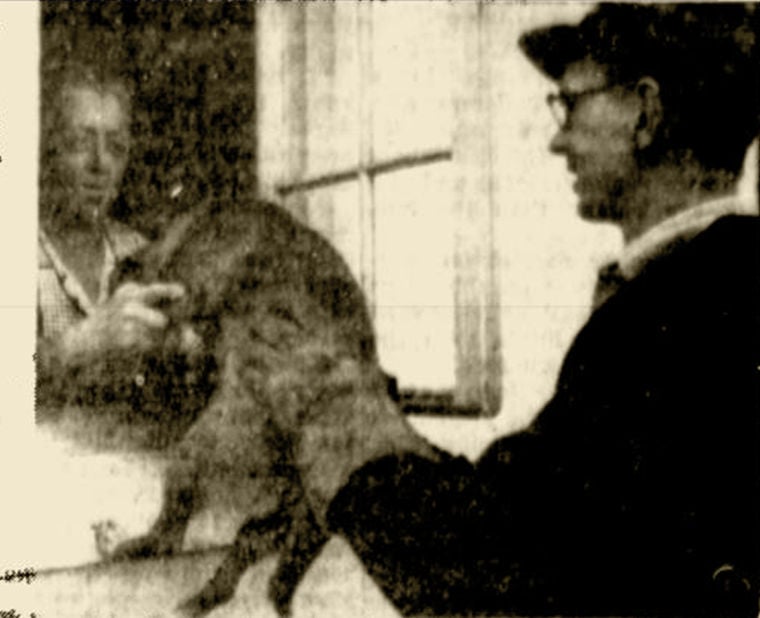 There is a famous statue on the lawn in front of the Ohio Statehouse you may have seen — it's known as the “These Are My Jewels” monument.

It is an ornamental column surrounded by seven men, from the top of which arises a woman — a mother, symbolizing Ohio — who is showing off her great children. The men she presents to the world are Ohio’s most influential leaders of the 1800s: presidents, governors and Civil War generals.

The sculpture was inspired by a familiar legend from Roman history about a particularly noble and loving mother. Her name was Cornelia, and when she was confronted in the marketplace by her rich friends who wanted to know why she was out in public dressed so plainly without jewelry, she pointed to her children and replied, These are my jewels.

If such a monument were to be re-imagined today, to be placed on the Courthouse lawn in Richland County, it could, perhaps more appropriately for us, re-define "greatness" in terms a mother knows best: as a person strong enough to care for others.

Our community has a rich legacy of great women and men whose overriding passion was for the protection of children, animals, old folks, strangers … those who need help to navigate this life.

If Mother Richland had the opportunity to show off to the world the greatness of our community’s heart, these would be a few of her jewels.

The influence of Ellen Francis Bradford is still compelling in local memory, more than 125 years after her death, because of her great love for children. Though born a slave and largely uneducated, she rose as an inspiration in the Congregational Church for the effect she had on the lives of Mansfield’s poor.

In the decades following the Civil War, she would host huge parties for children at her home on Marion Avenue. She called these events ‘birthday parties’ and they happened any time of year whenever she felt the kids needed to feel special … because it was a party for each and every child who came.

They all got birthday presents, and if anyone asked who the party was for she smiled and gave a hug and answered, “Why it’s for you, honey.”

Officer Boals has a living legacy in Mansfield, and all over the world, that re-ignites every summer when preschool kids go to Safety Town. As a Mansfield policeman in the 1930s, he took a look at the literature that schoolkids were reading about traffic safety, and realized that words and pictures were no substitute for authentic experience.

His prototype town — with streets and buildings, crosswalks and traffic light — is replicated all over the U.S. every year and in places as far away as Ireland and Germany.

One of Mansfield’s gifts to the world, from the imagination of Officer Boals, is children who are safer and more aware.

They were known in town as the Workman Sisters, and their love for animals knew no bounds. They grew up in stylish surroundings — chauffeured around town and educated in Paris — but once they took in the first stray dog to their home on Park Avenue West, there was never again a thought of fancy dresses or any kind of furniture that couldn’t survive dog hair and slobber.

They never turned away a mistreated or unwanted dog, a strategy that in time necessitated a new residence out of town where dogs could come and go through a window to the yard.

Their work for strays took them through all their father’s fortune and kept them mostly in debt. But their refuge for homeless animals established a precedent for compassion in our community that is continually repaid to this day through our continuance of their work.

Before the Civil War it was a very serious crime to give any kind of help to a runaway slave. But John Finney cared less for the laws of the land than for the laws of his heart. To him helping the fugitives wasn’t a dangerous task, it was simply his responsibility as a man facing helpless people in terrible need.

He said there was nothing political about feeding the hungry and protecting the vulnerable.

The Finney farm, at the corner of Lexington-Springmill and Walker Lake Roads, had a more or less continual flow of fugitive traffic for about 10 years. Coming alone or in pairs or small groups, the refugees he assisted to freedom numbered in the hundreds by the time his career ended as a Conductor of the Underground Railroad.

Though often a thankless and terrifying undertaking, Mr. Finney never refused to jump in harm’s way. Seventeen years after the end of slavery, he received visitors from Buffalo, New York, who came to thank him: a young couple with their daughter — once slaves, now citizens of the United States.

There really isn’t anyone who hasn’t heard of Johnny Appleseed, and it is awe-inspiring to realize that for the greatest part of his life he called Richland County his home.

His legacy looms clear around the world as a sort of patron saint of wildlife and horticulture, yet the legends and mythology are all rooted in little local memories passed down through the generations of his acts of kindness and selflessness that took place right here.

For example, this story was written by a woman in Mansfield and published in the Herald. It was reprinted a generation later in the County History, then it transformed through time into legend, then it amplified and etherealized into myth, whereupon it became part of the American soul:

There was a woman on Walnut Street, Mrs. Leiter, whose husband felt bad that John was walking around barefoot. So he went to the bootmaker on Main Street and bought some brand new shoes. Johnny put the shoes on his feet on Walnut Street, expressed his sincere gratitude, and then walked three blocks over to Sugar Street to the home of a family struggling to survive, took the shoes off his feet and handed them to a barefoot teenager.

That’s the kind of generosity of spirit that blossoms way beyond the life of just one man to influence the lives of all around him.

It still touches us today more than 150 years after he left the earth. It expresses the kind of noble heart we would like Richland County to be known for.