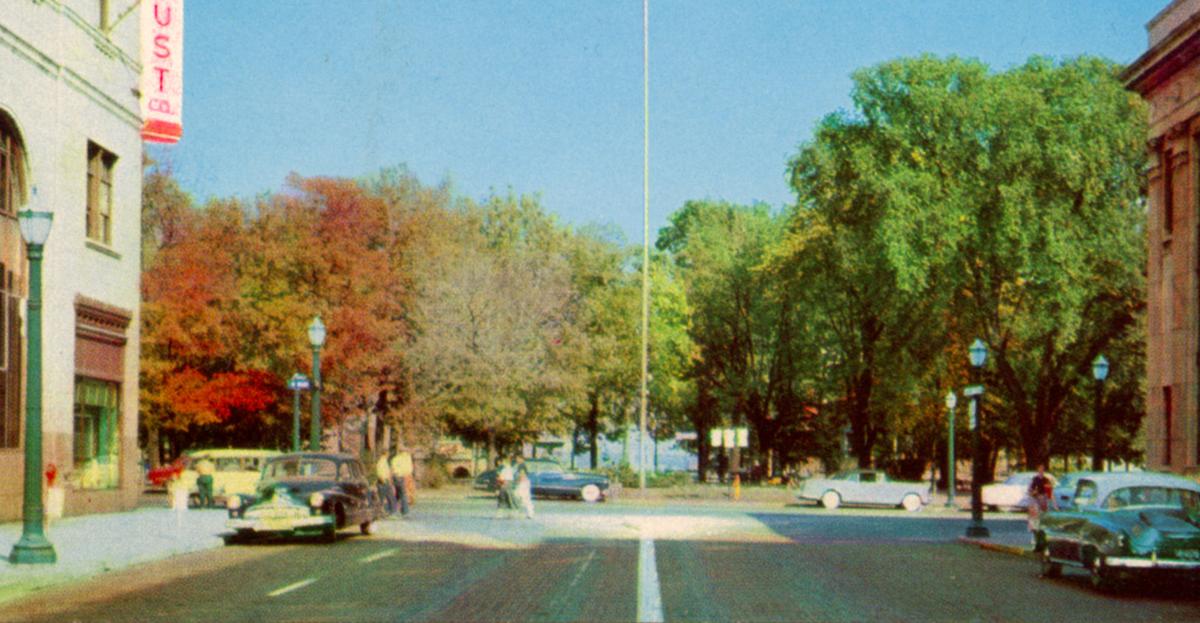 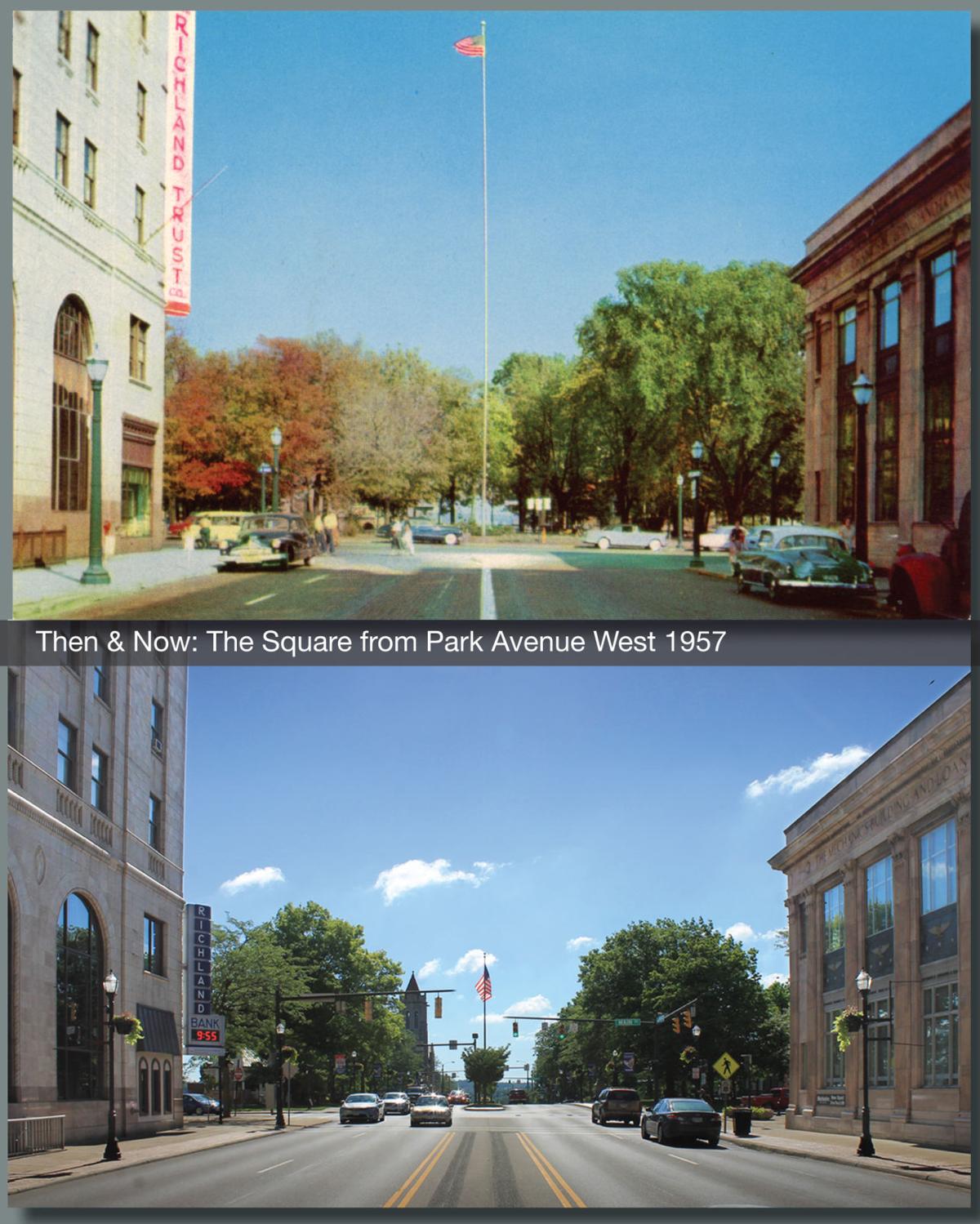 This postcard image was made during the last season of downtown history when Park Avenue West still terminated at the Square. Shortly after this photo was taken all of those trees in the picture were cut down and Central Park was dramatically reconfigured with the “Beautification Fund.”

It has been nearly 60 years since the Central Park grove had to start over, so many of the trees in today's view have reattained the picturesque stature of old view.