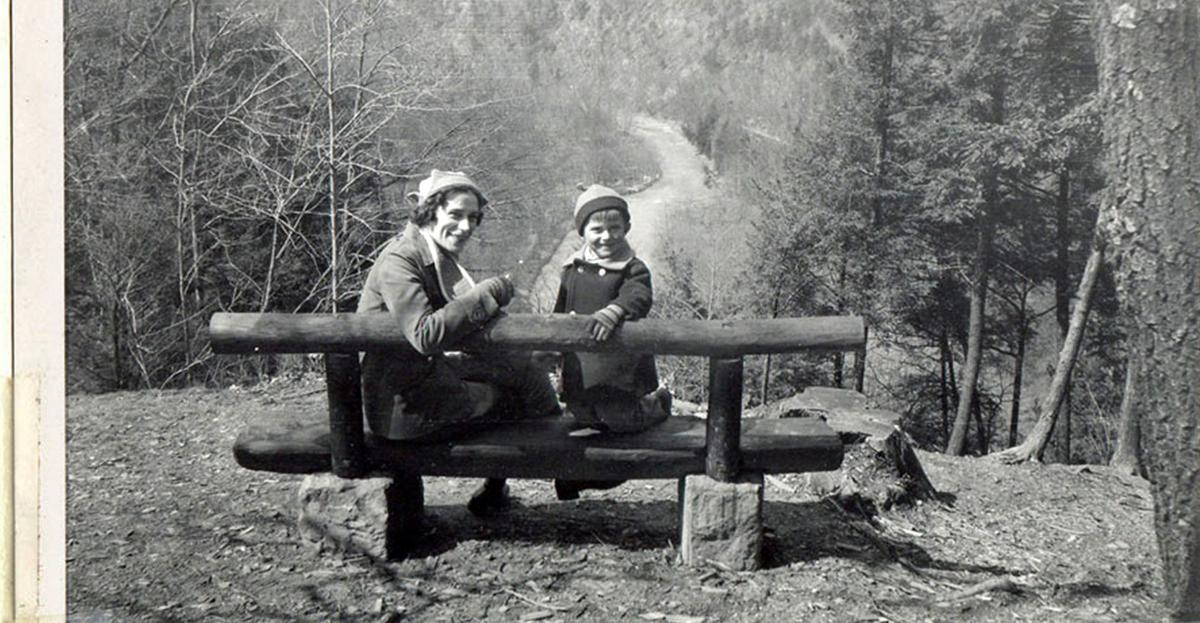 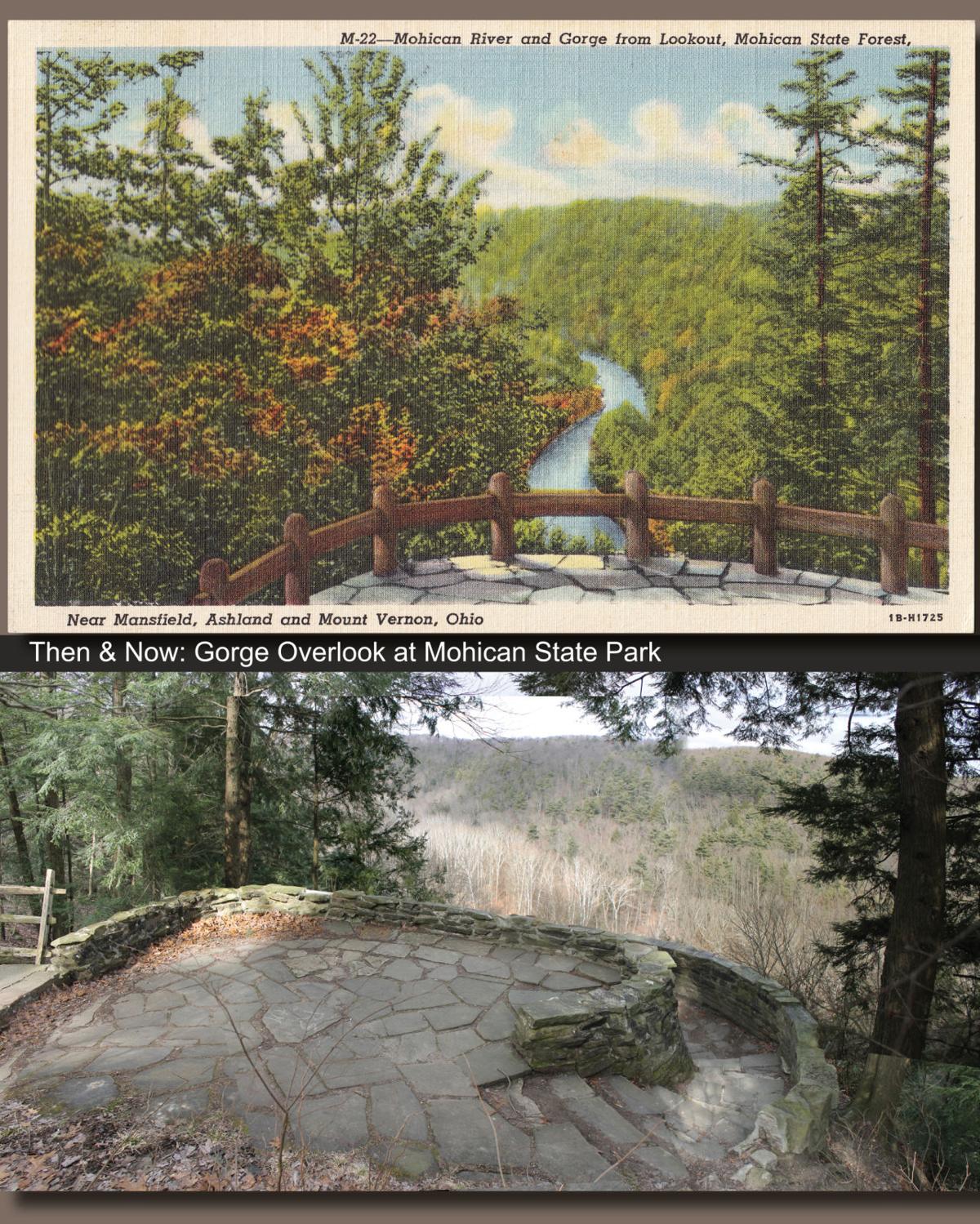 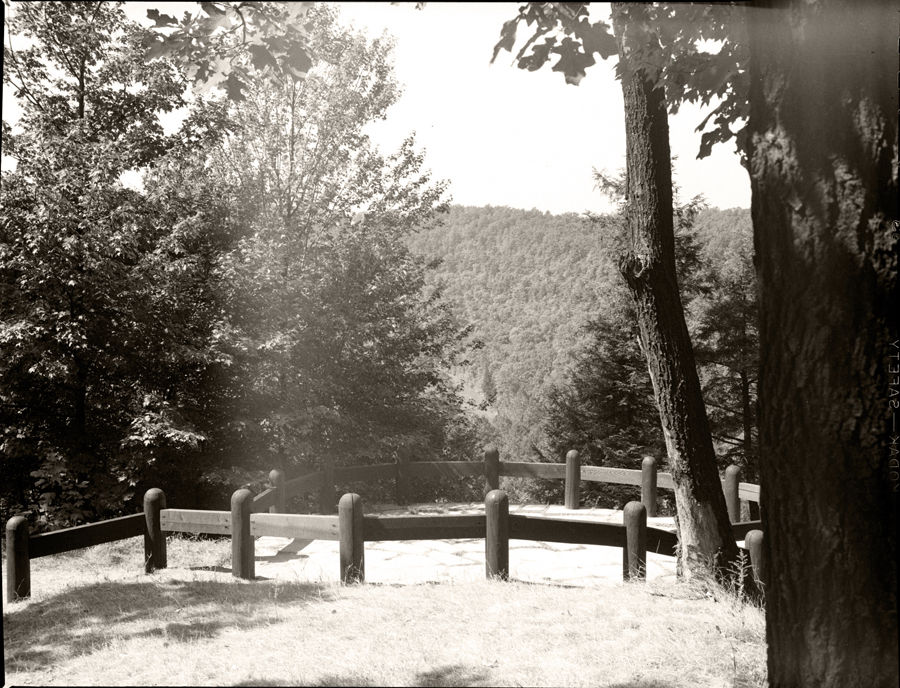 In the 1930s a concerted effort was made to protect the natural beauty of a deep ravine near Loudonville where the Clear Fork River passes through wild terrain.

It was during that decade when the Gorge Overlook was established; created by workers of the Civilian Conservation Corps.

The overlook immediately became a popular destination, as evinced from this tourist postcard mailed in 1943.

The view depicted in the postcard has changed through the years: growth of trees along the steep hillside to the left, and expansion the sycamore canopy below, have very nearly obscured sight of the river.

Photos of the overlook area from the 1940s show a wooden post railing around its perimeter that no longer exists. A close examination at the site reveals remnants of empty postholes in the stonework, but otherwise the guardrail works have since been refashioned out of stone.