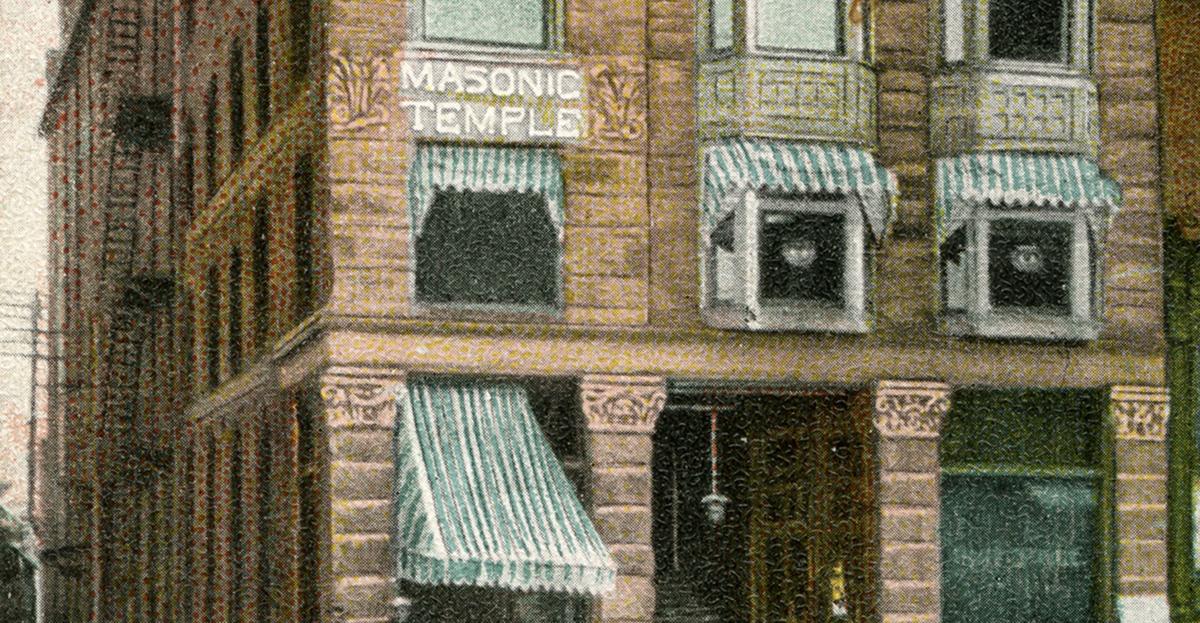 The morning sun shines through a break in the wall of buildings along North Main Street where the Masonic Temple once stood. 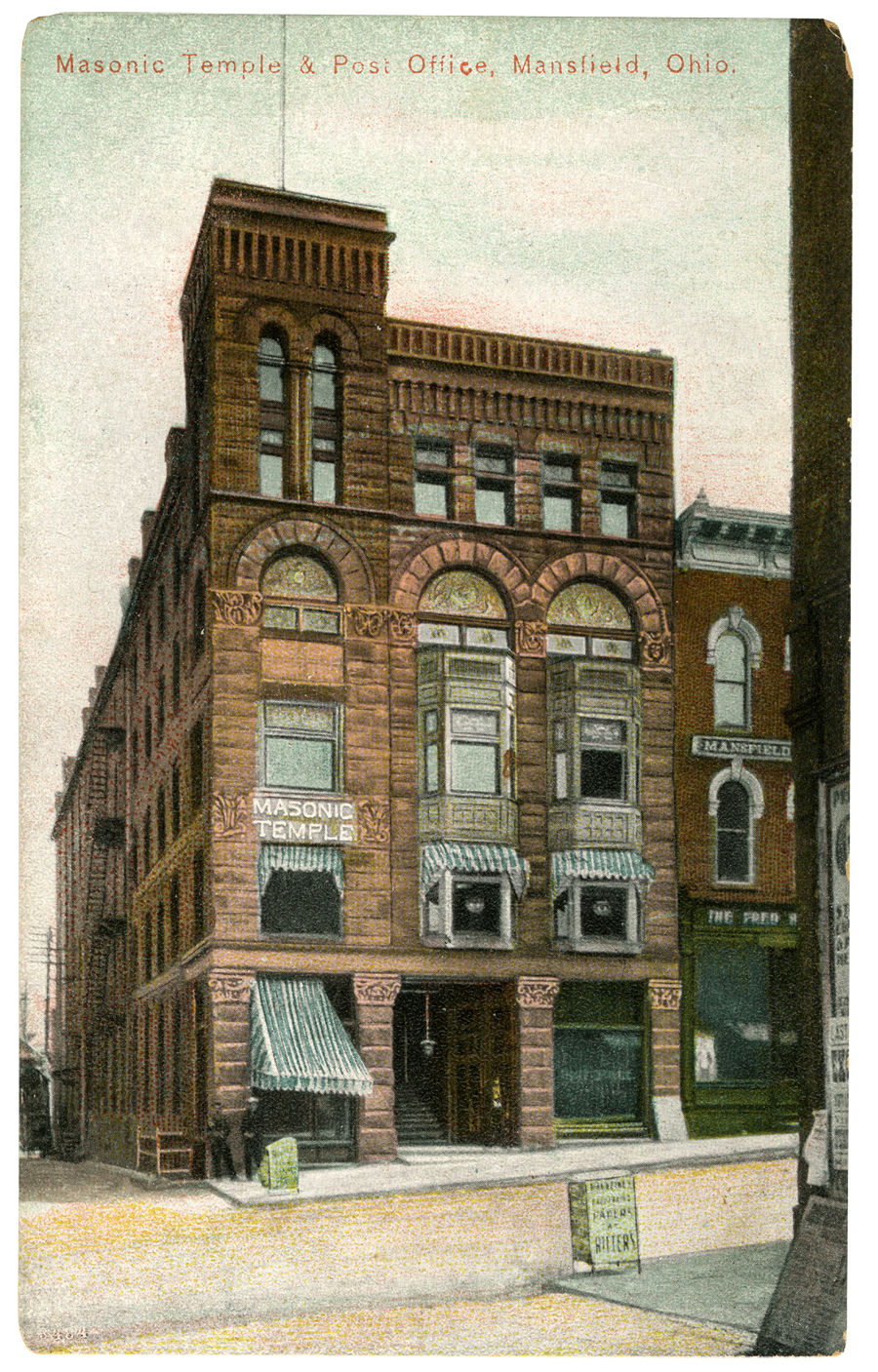 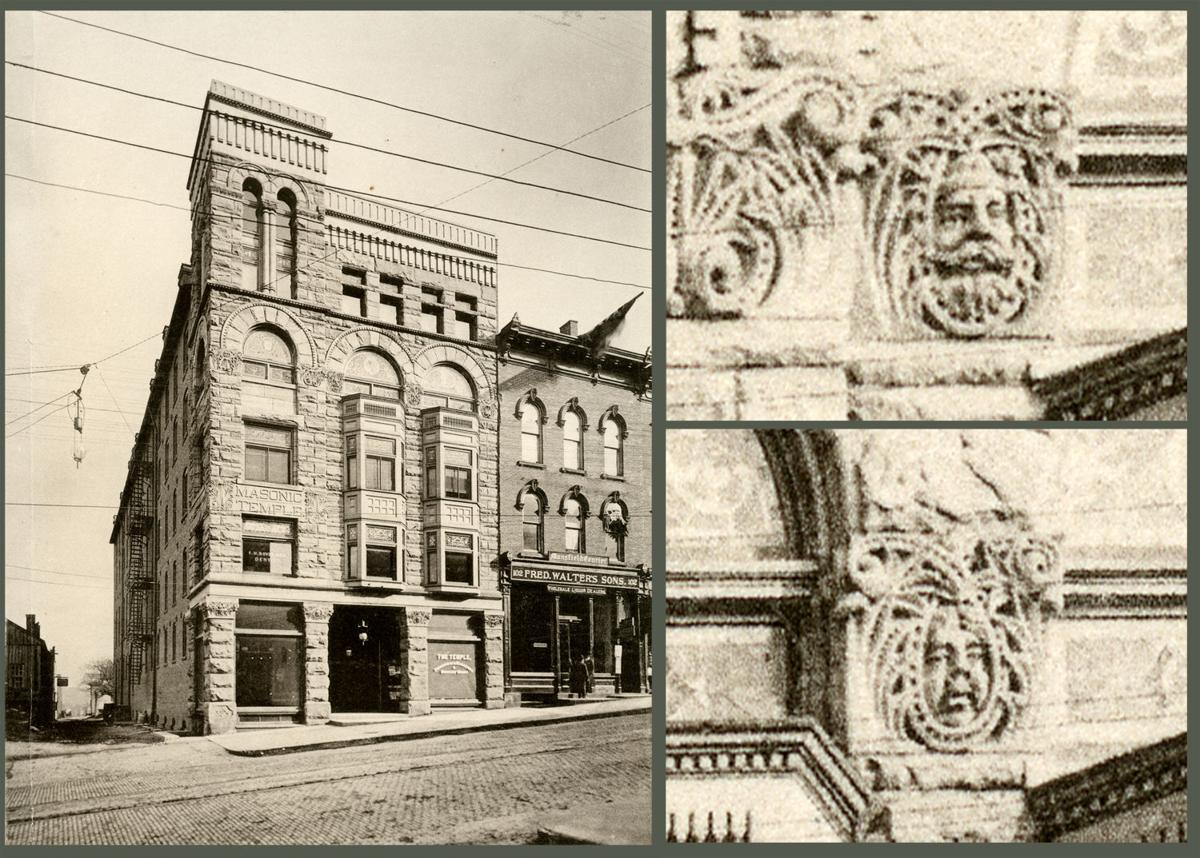 A careful examination of the capital stonework in the facade of the Masonic Temple reveals old-world gargoyles and fabled ‘Green Men’ of Medieval architecture.

If you have been to Temple Court then you already know where the Masonic Temple used to stand when it was downtown, because it gave its name to that current landmark. It stood where the brick parking lot is today.

The old building was constructed of stone in the 1880s, designed originally to be used as a hotel. It served for several years as Mansfield’s Post Office until 1893, when the Masons bought it and moved in.

It was an appropriate building for the Masons, an organization noted in the 1800s for its arcane notions and old-world secrets, because the stone work facing Main Street was carved in elaborate, vegetative scrollwork with hidden faces like Medieval Cathedrals of Europe.

The Temple has been gone for almost two decades, but its name lives on in the busy and thriving center of Temple Court.