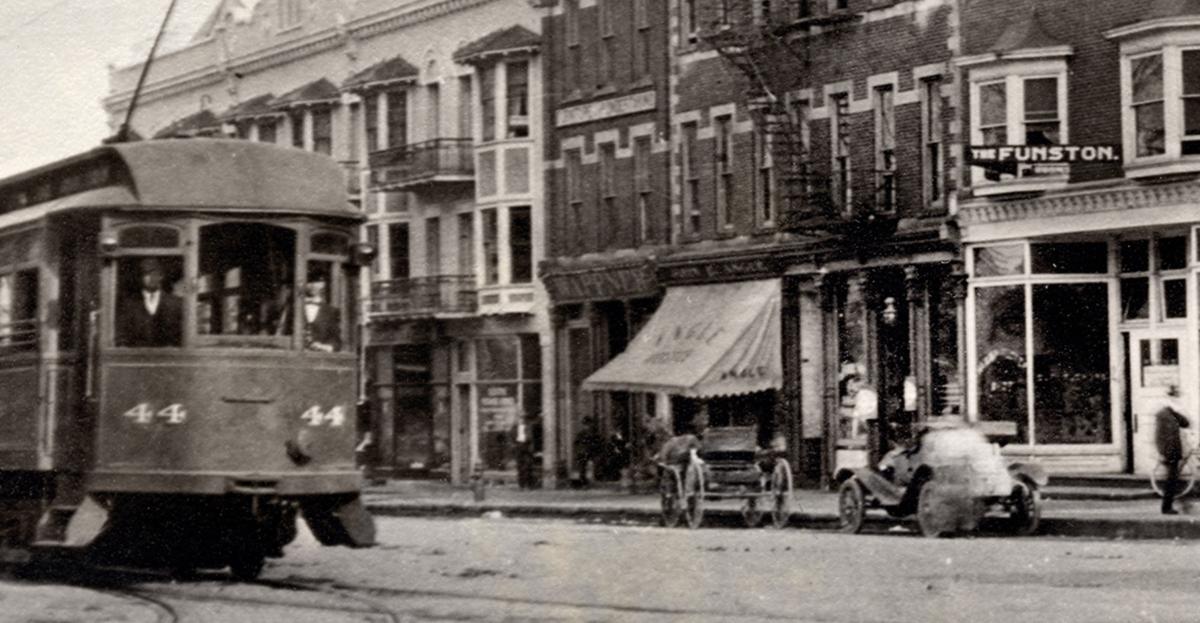 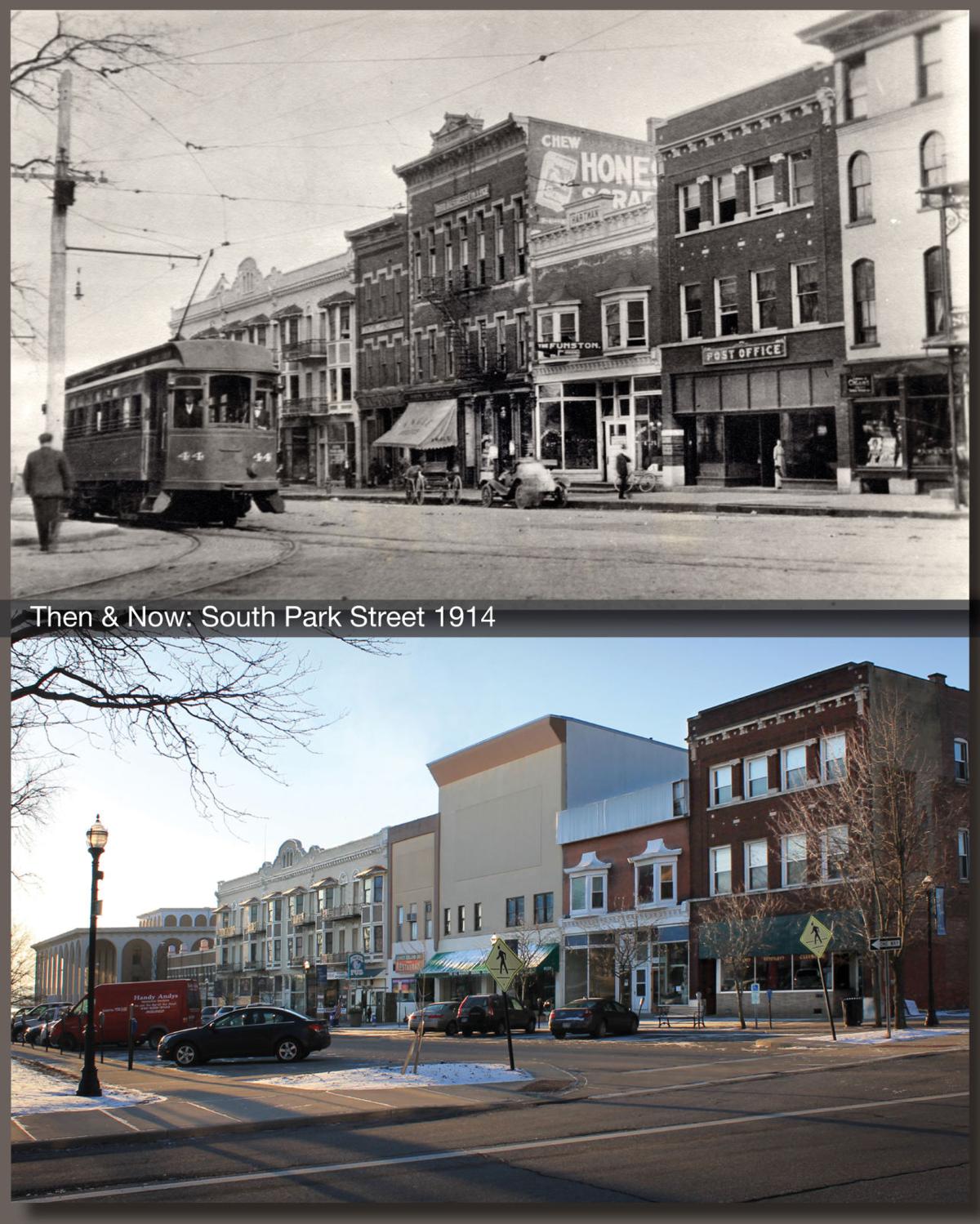 So how much difference does a hundred years make?  The answer is: a lot, and not much at all.  Take a look at South Park Street on the square in Mansfield and you’ll find a row of buildings that have aged well through the century…though some have undergone a little cosmetic surgery to keep up appearances.

Anchoring the west end of the street used to be the Southern Hotel, but it didn’t really make it into this 1914 photo anyhow so its absence isn’t all that significant in comparing then and now, though its presence in the social culture of the square is certainly missed today.