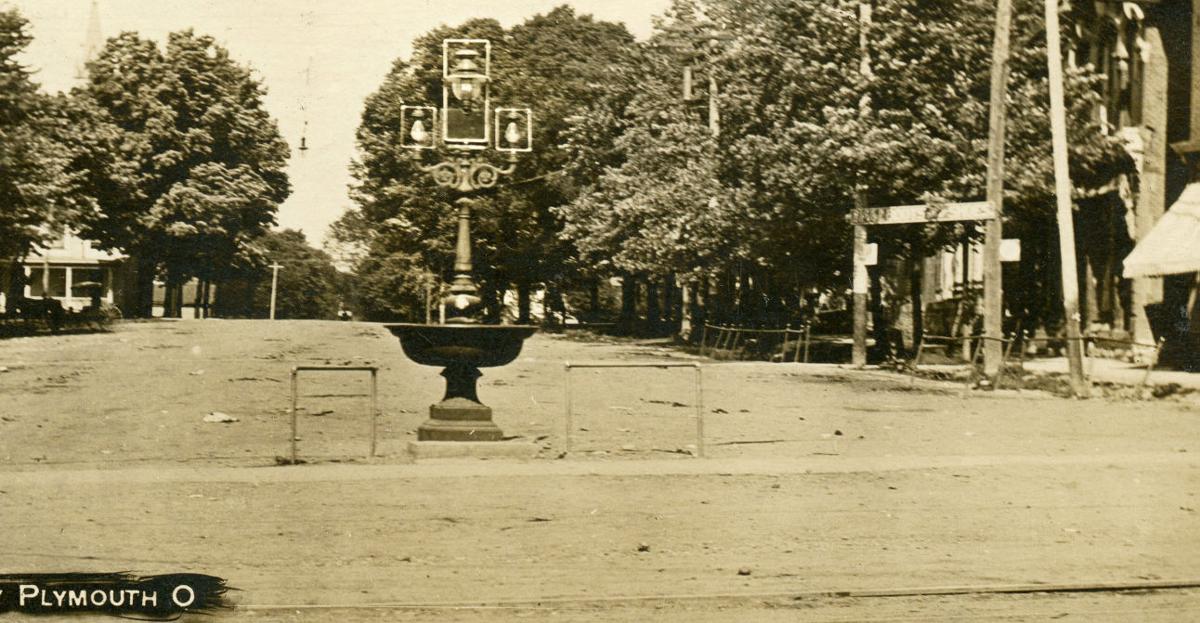 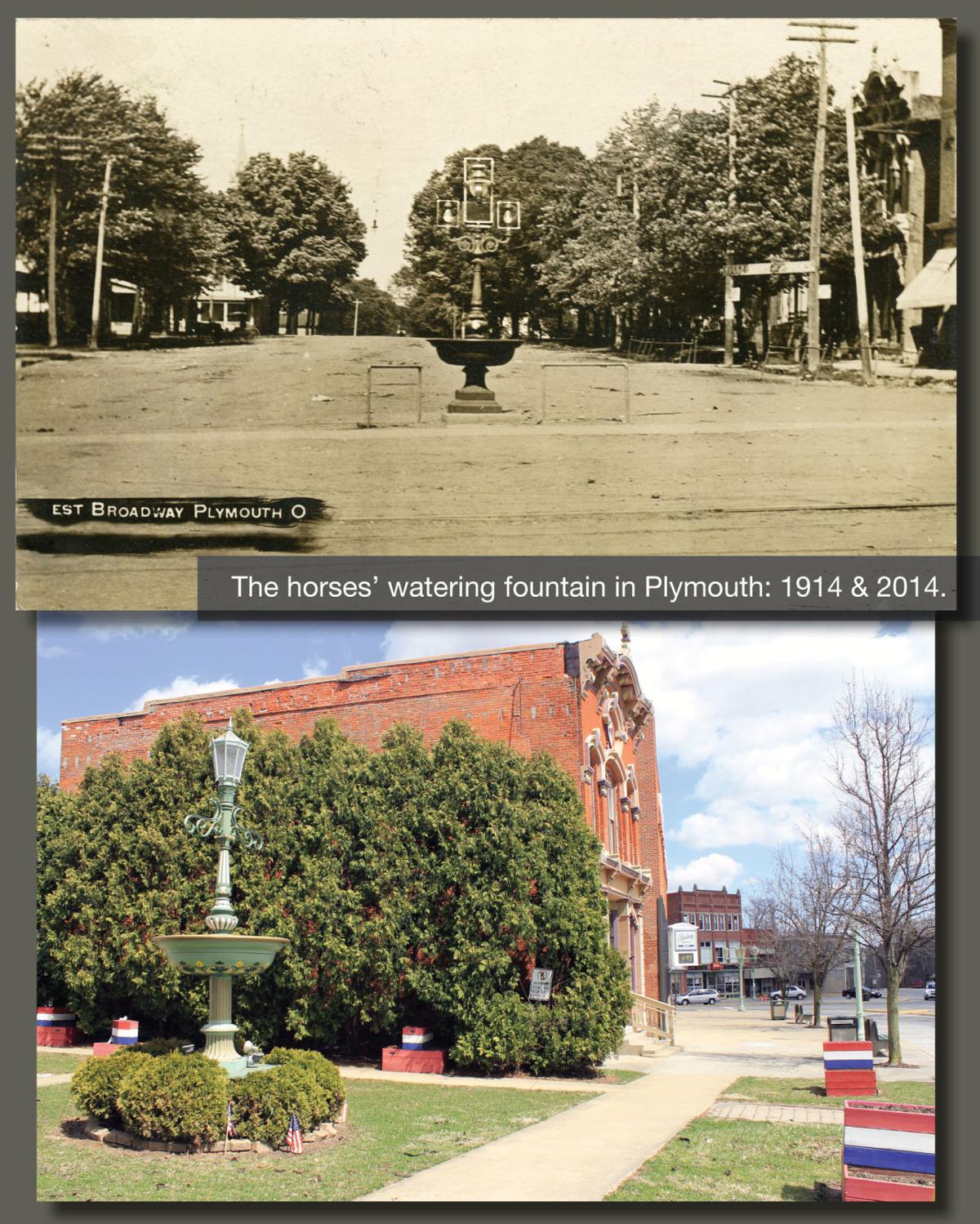 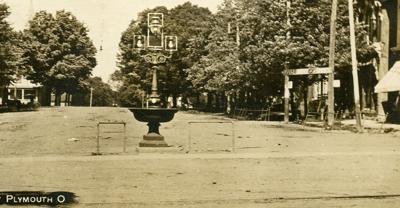 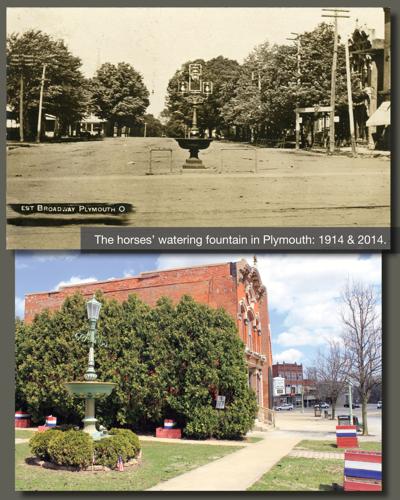 PLYMOUTH -- People in Plymouth had seen pictures of the fountain downtown, so they were familiar with it, but it had been gone long before they were born so it wasn’t like there was any great nostalgia for it.

How do you miss something you never even saw? But one day in the 1980s a gentleman from Plymouth was in Norwalk at a lot full of old things and he spotted a big piece of wrought iron that he recognized as the base of the old horse fountain.

In the 1800s, and into the 20th century until automobiles took over the roads, every town had to have a public watering trough in the center of town where horses could drink.

In Plymouth this horse fountain took the form of an ornate wrought iron sculpture, specially equipped with lights so it was fairly memorable.

Once the base was back in Plymouth a committee studied it, and studied old photos of it, and someone remembered seeing the middle part of the monument outside of town standing in a farmyard.

With that much momentum, the village was able to restore the parts, improvise the rest, and mount it in Veteran’s Park — about a block from where it originally stood in the street — for Plymouth’s 175th birthday in 1990.

Today it has become a part of civic memory once again, so a whole new and natural nostalgia has taken root once more.