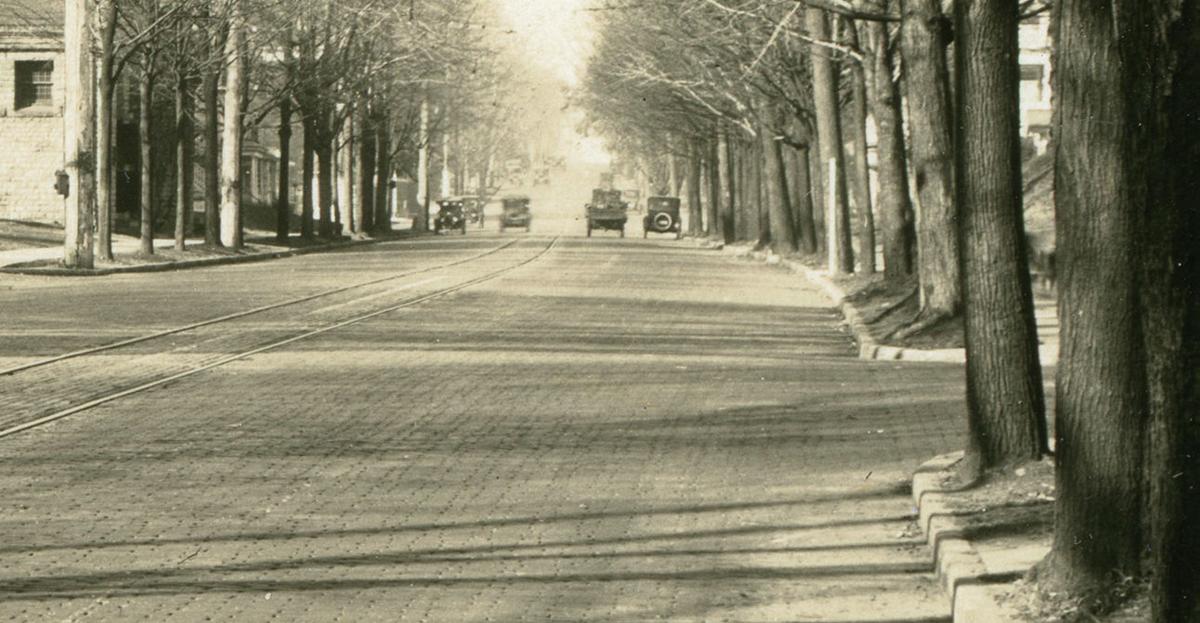 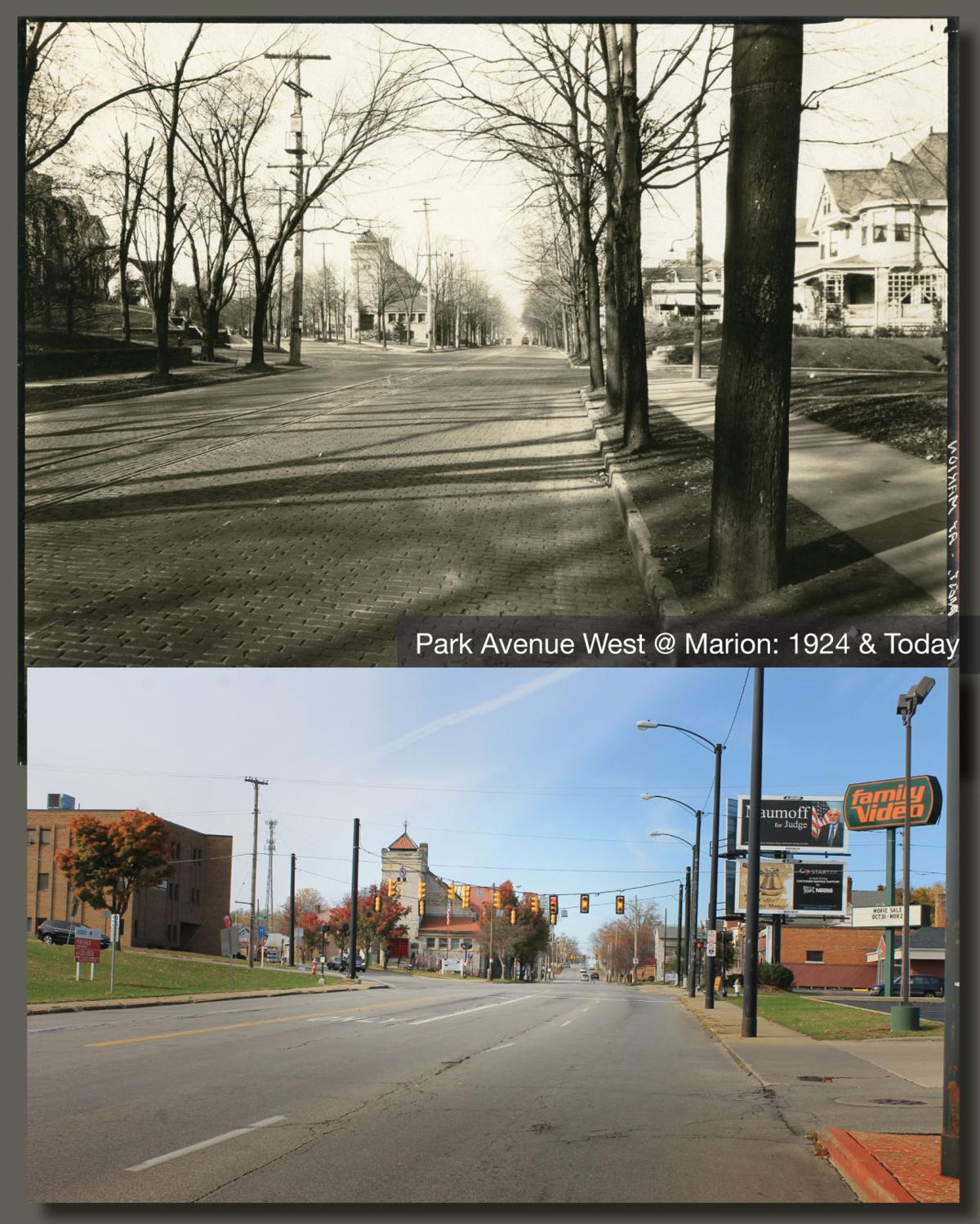 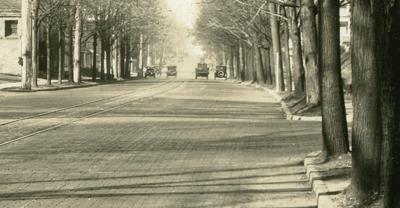 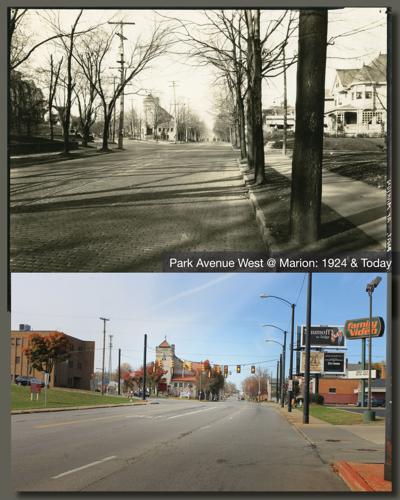 Tree-lined brick streets and Model T Fords: that was downtown Mansfield in the 1920s.

St. Luke’s stood on the point at the five-way intersection of Park Avenue, Marion, Bowman and Sturges, as it still does today, a still point around which flows traffic and the many drastic streetscape changes of ongoing decades.

The trees disappeared in the 1950s when Park Avenue was widened, and many of the old homes were gone shortly thereafter making way for businesses, gas stations and a huge motel.

Something lovely and homey was lost when Mansfield’s main artery expanded to accommodate the new world we live in.