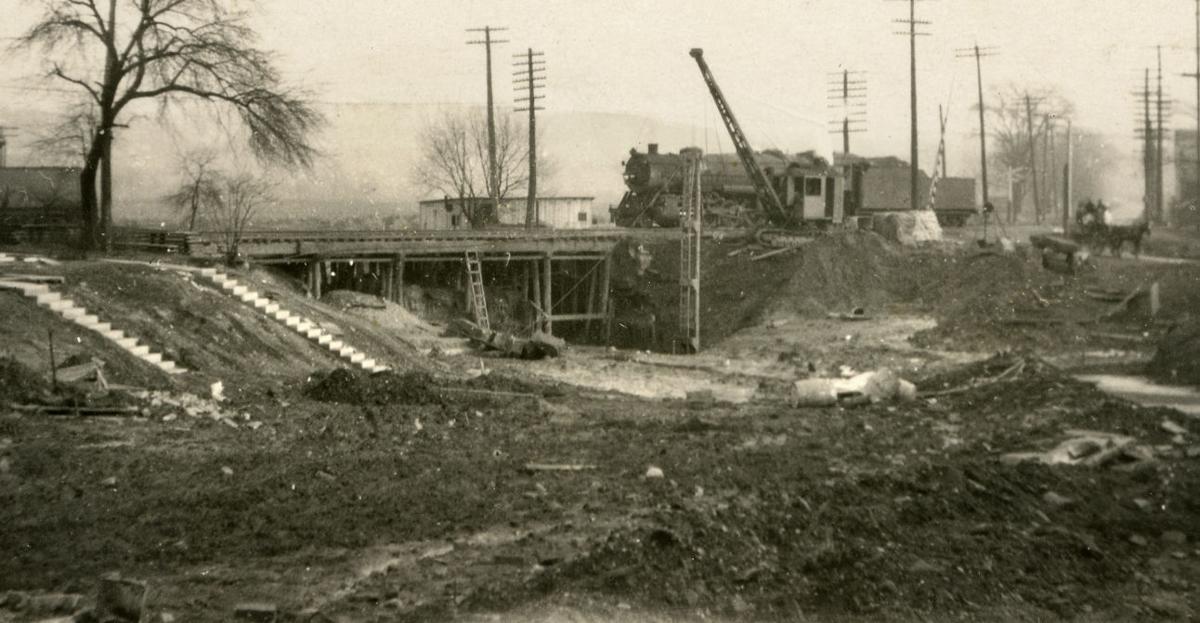 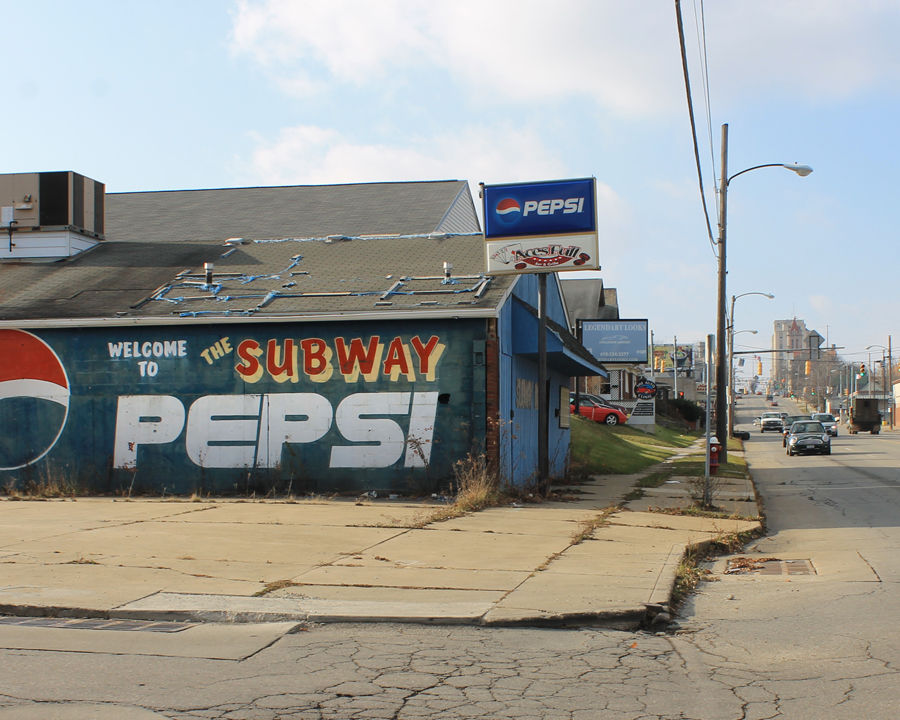 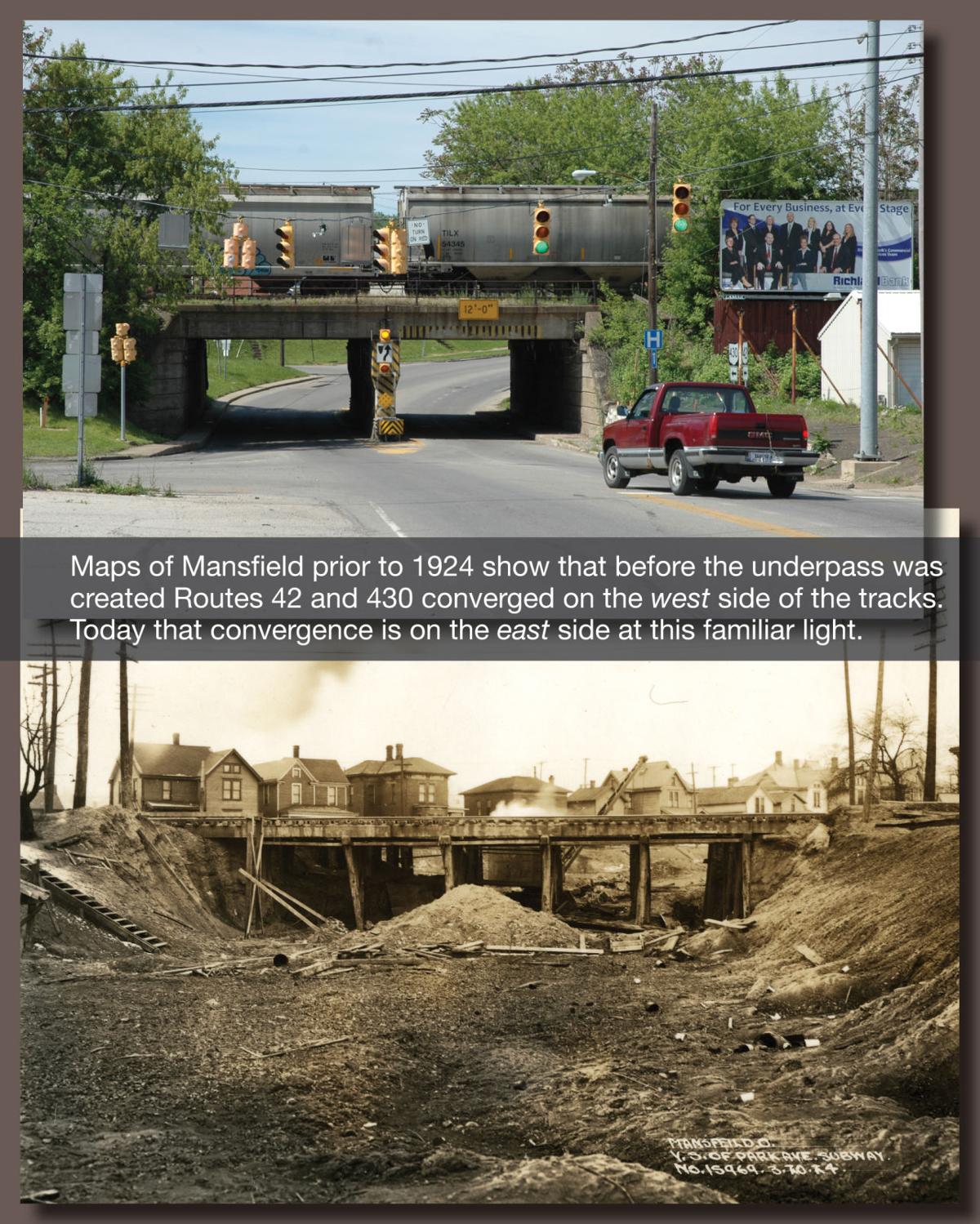 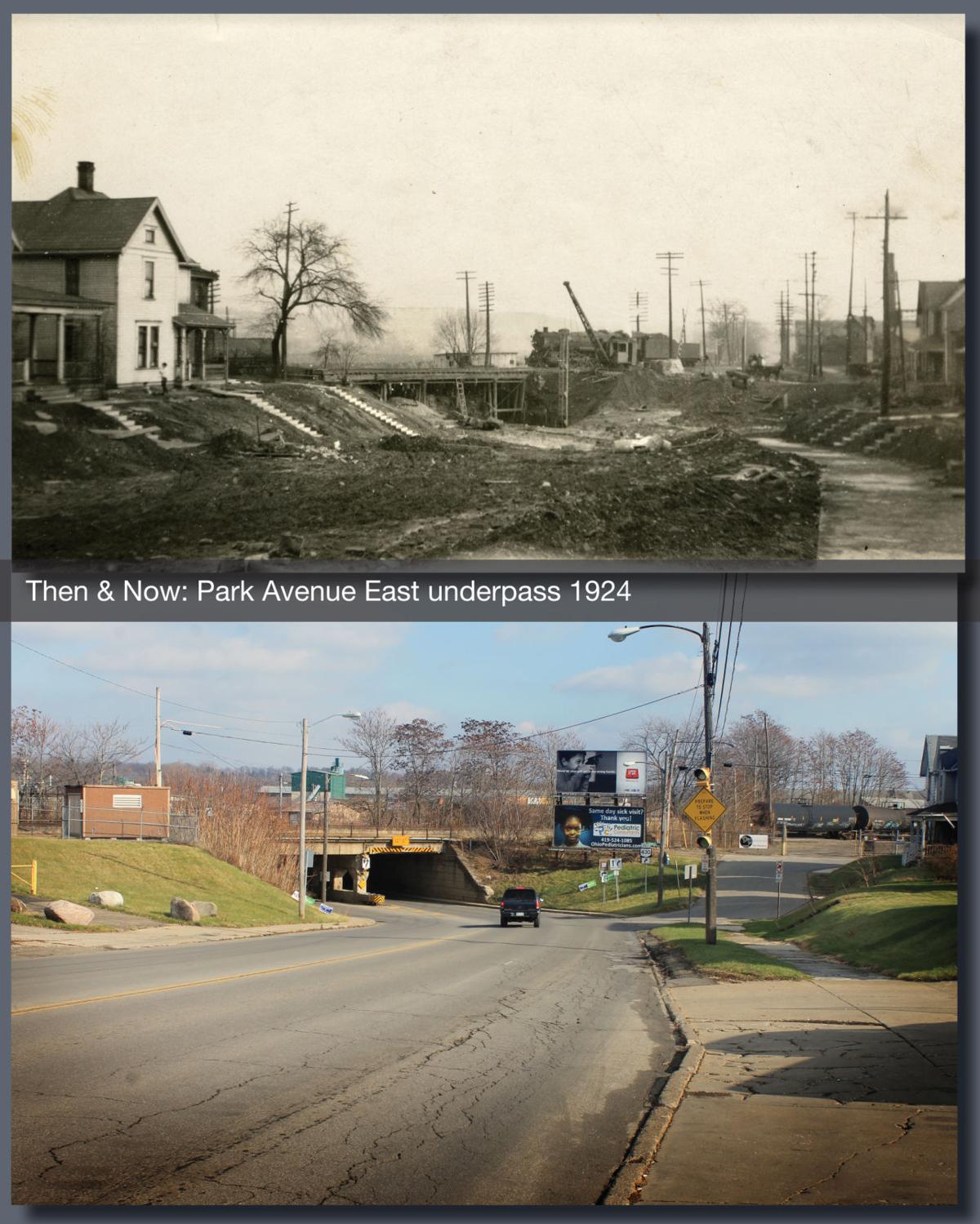 We always called it the ‘underpass’ on Park Avenue East, where the road dips underneath the railroad tracks, but for most of its history the town referred to it as the ‘subway’…as you can see by the name of a nearby saloon:

Before 1924 this stretch of Park Avenue East crossed the tracks right at grade level, which meant that for a considerable portion of each day there were cars backed up in both directions as trains passed through the intersection. In those days when the Lincoln Highway was new, Mansfield knew it had to do a better job of speeding cars through town or risk getting a reputation as a bottleneck for coast-to-coast traffic. So the massive project was undertaken to lower the level of Park Avenue.

When it was completed in 1925 it was such a novelty that people went to have their pictures taken with it, and everyone went out of their way to drive through it, except when it was full of water.

(Photo from the collection of Marge Graham.)