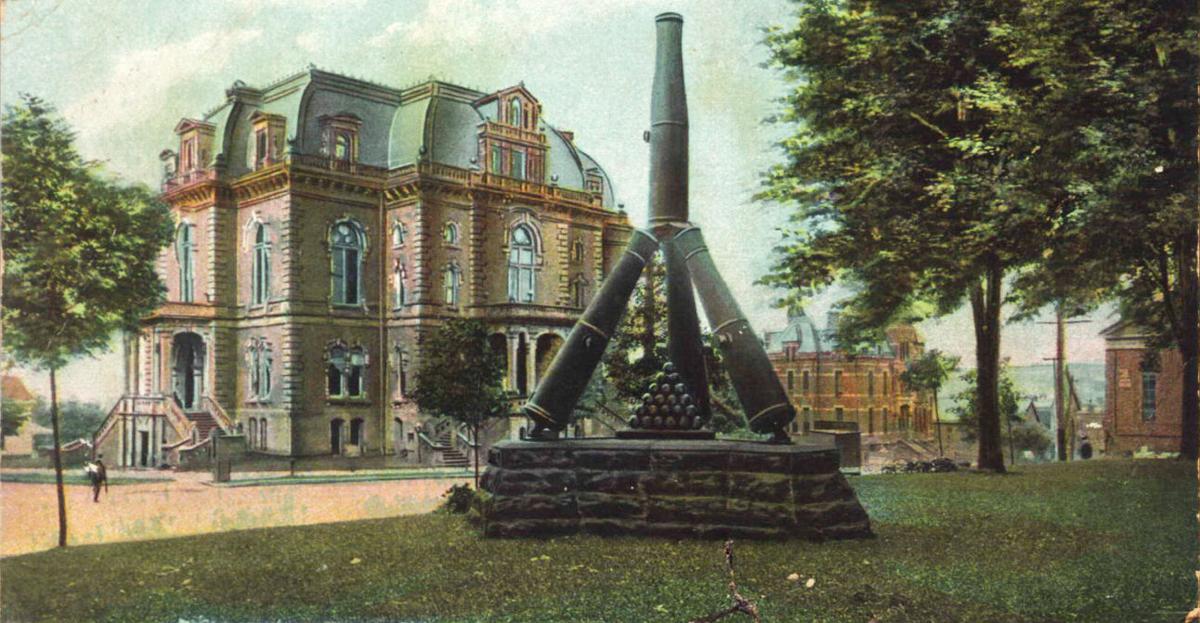 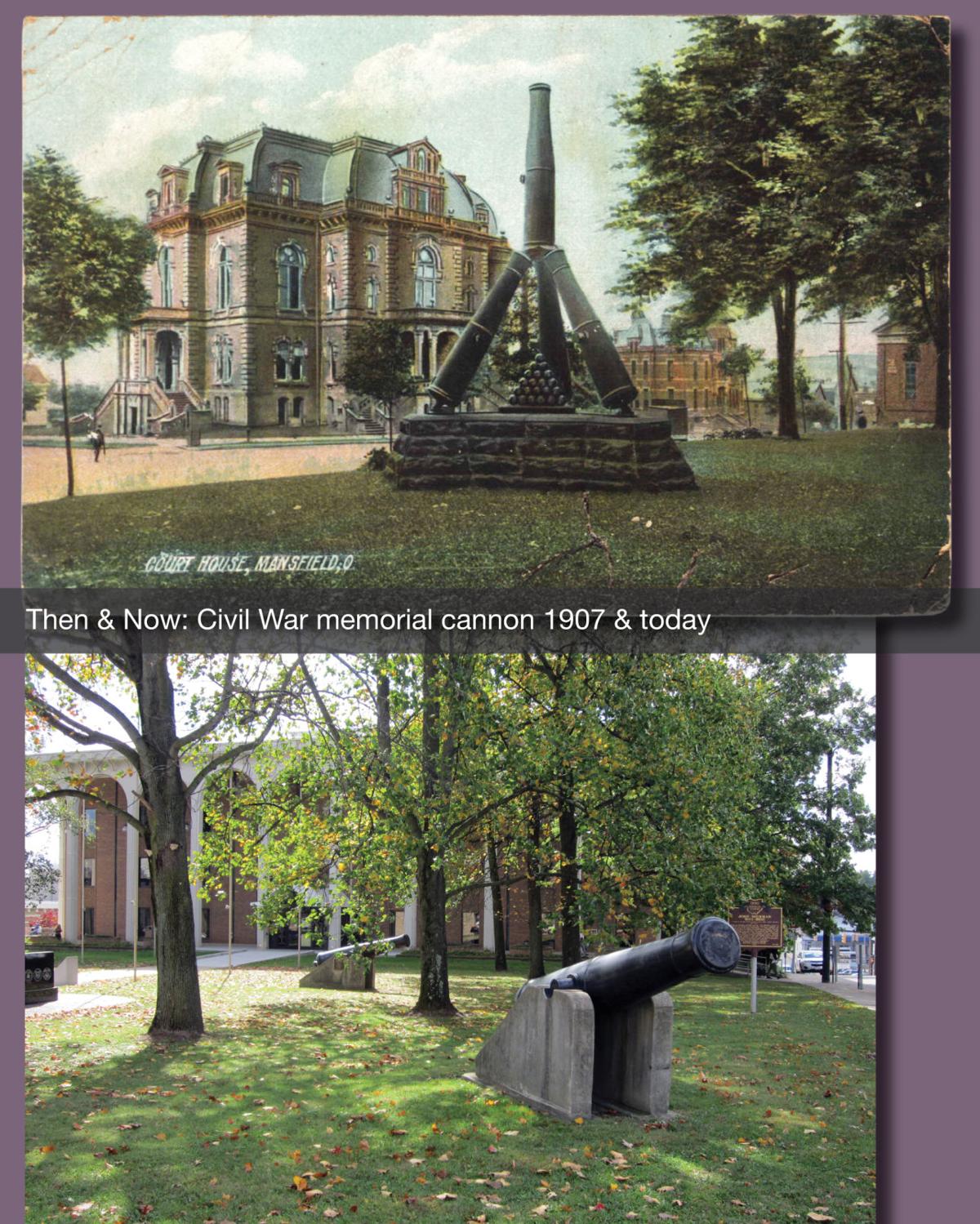 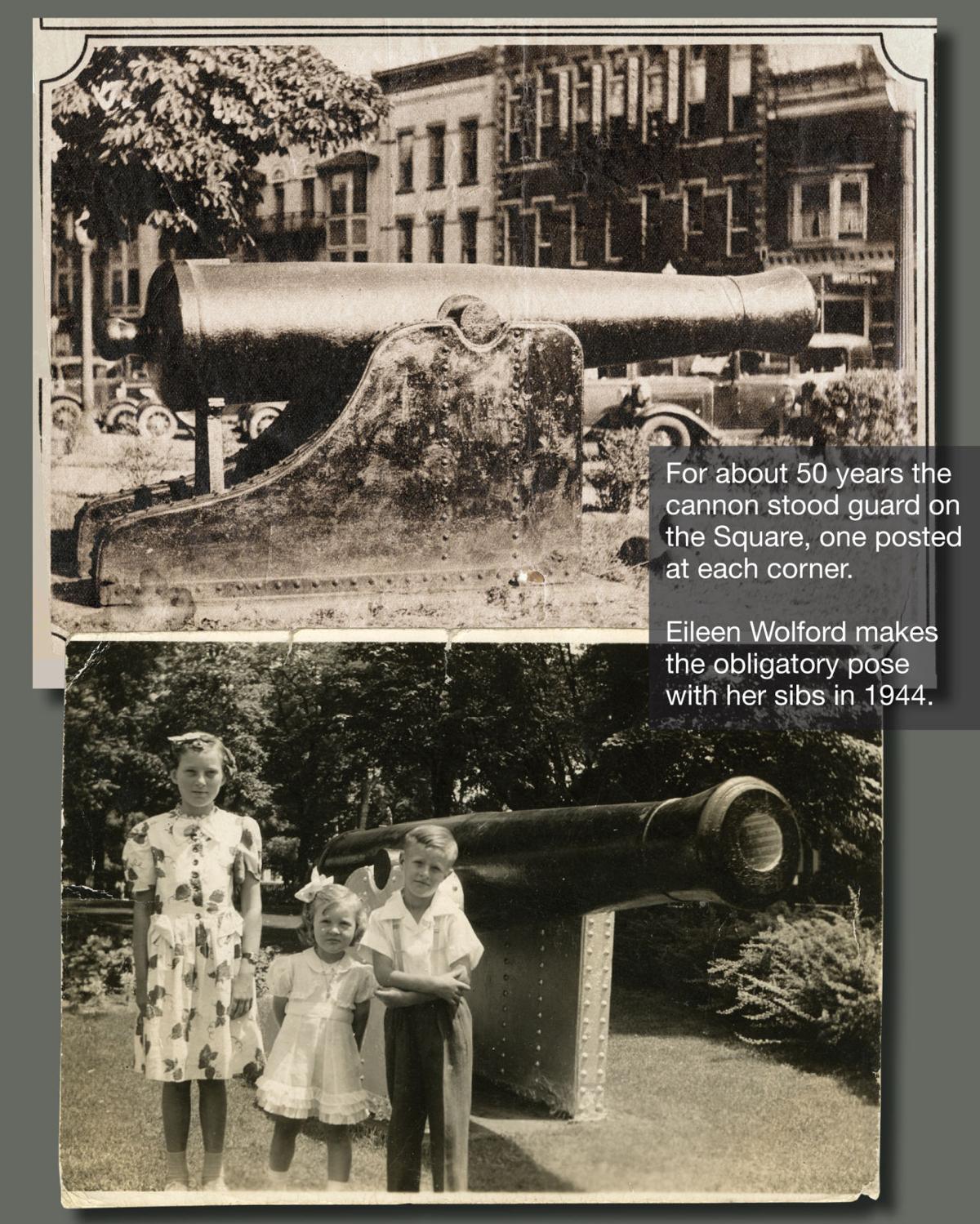 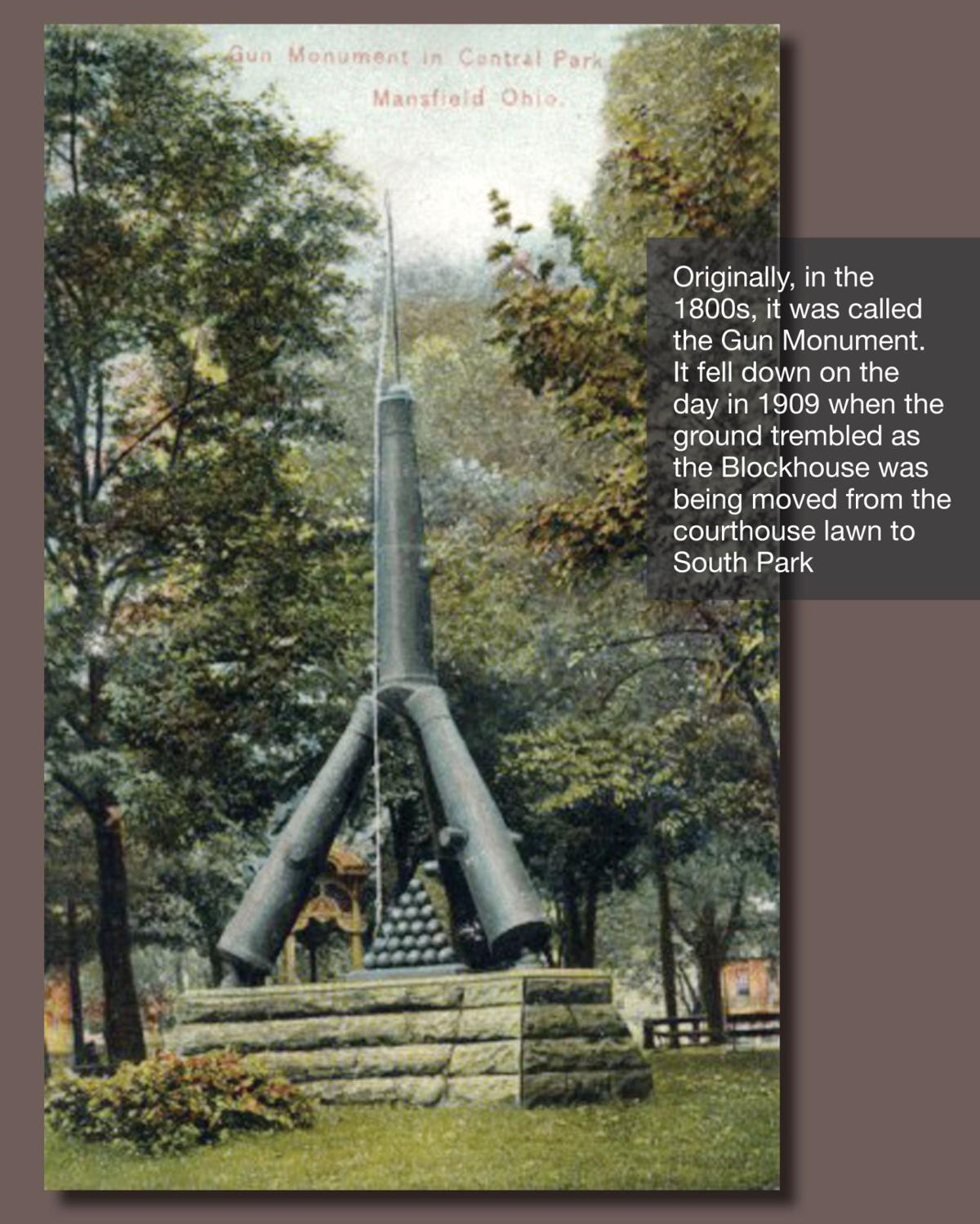 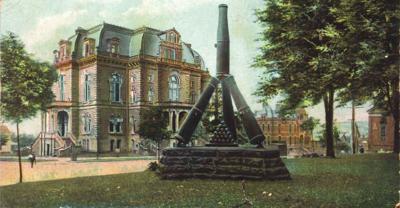 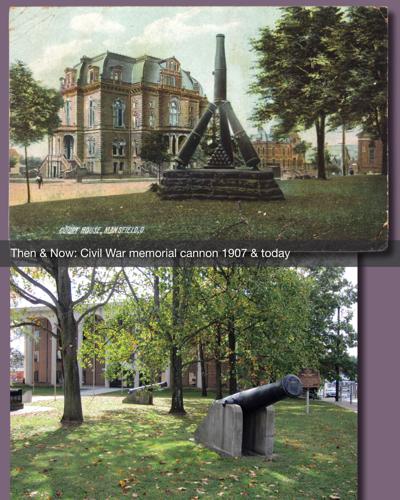 MASFIELD -- After the Civil War, when towns all over the country were petitioning Congress for old cannons to decorate their town squares, Mansfield was given four huge cast iron beauties that weighed 8,500 pounds apiece designed for coastal defense.

Their original configuration was in the form of an odd pyramidal balancing act that was known as the Gun Monument until it fell down.

Then the four guns were mounted to protect the four corners of the Square, each with a small pile of cannon balls ready at hand.

When the new courthouse was built on Diamond Street in the early 70s the cannon were moved to their present mounts in the courthouse lawn where they defend the front porch.