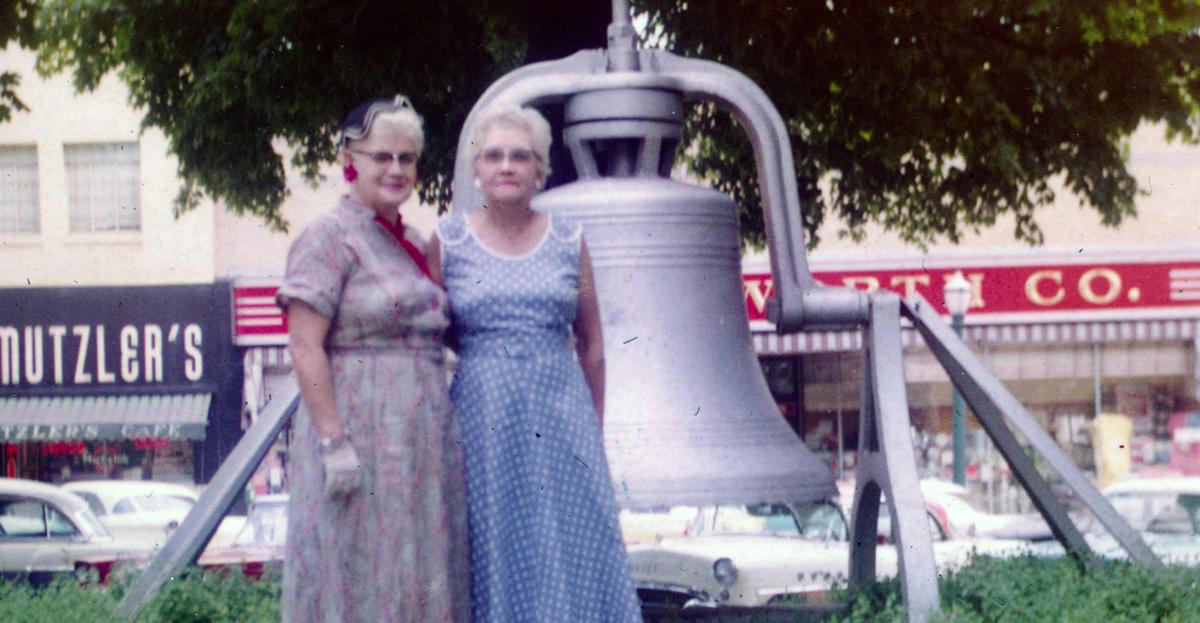 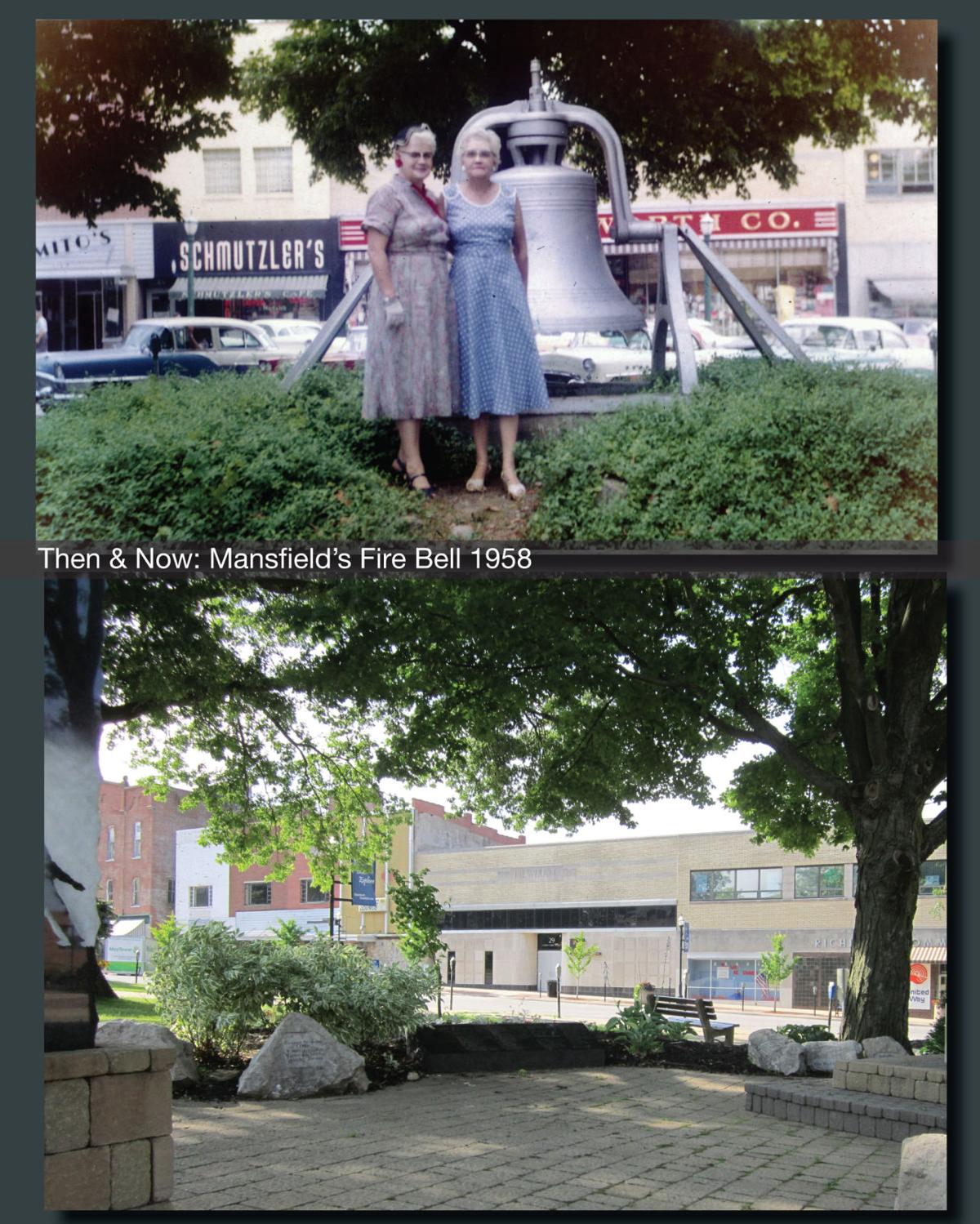 Mansfield’s fire bell held down the northeast corner of the Square from 1925-1993.  It stood generally in the area that is today occupied by the Martin Luther King Jr. Memorial.  This photo, taken in 1958, shows Woolworths where today is Richland Engineering, and Schmultzler’s where the Olympic Lounge is now. 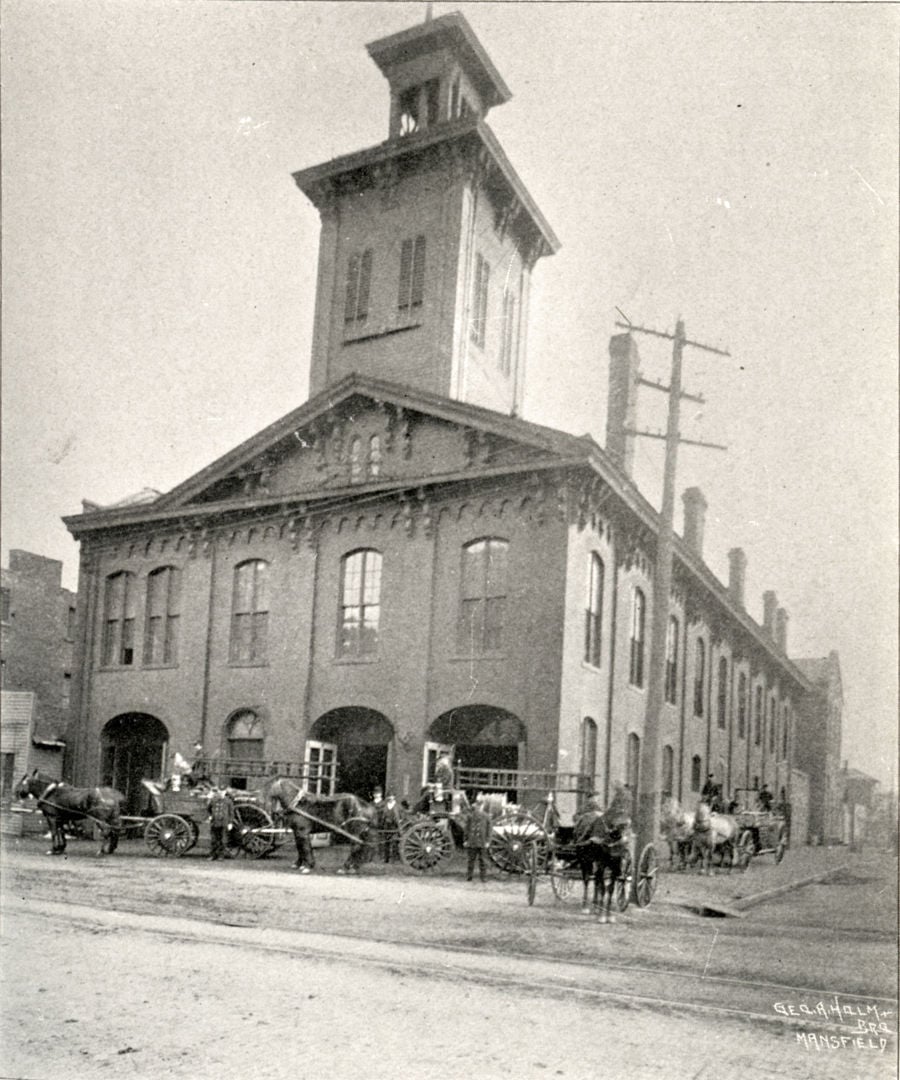 Originally the fire bell hung in the tower above Fire Station #1 in the Municipal Building on the corner of Walnut and Park Avenue West where the Barrington Bldg is today.  A new City Building was built down Walnut Street in the 20s, and when this tower was torn down the fire bell was moved to the Square. 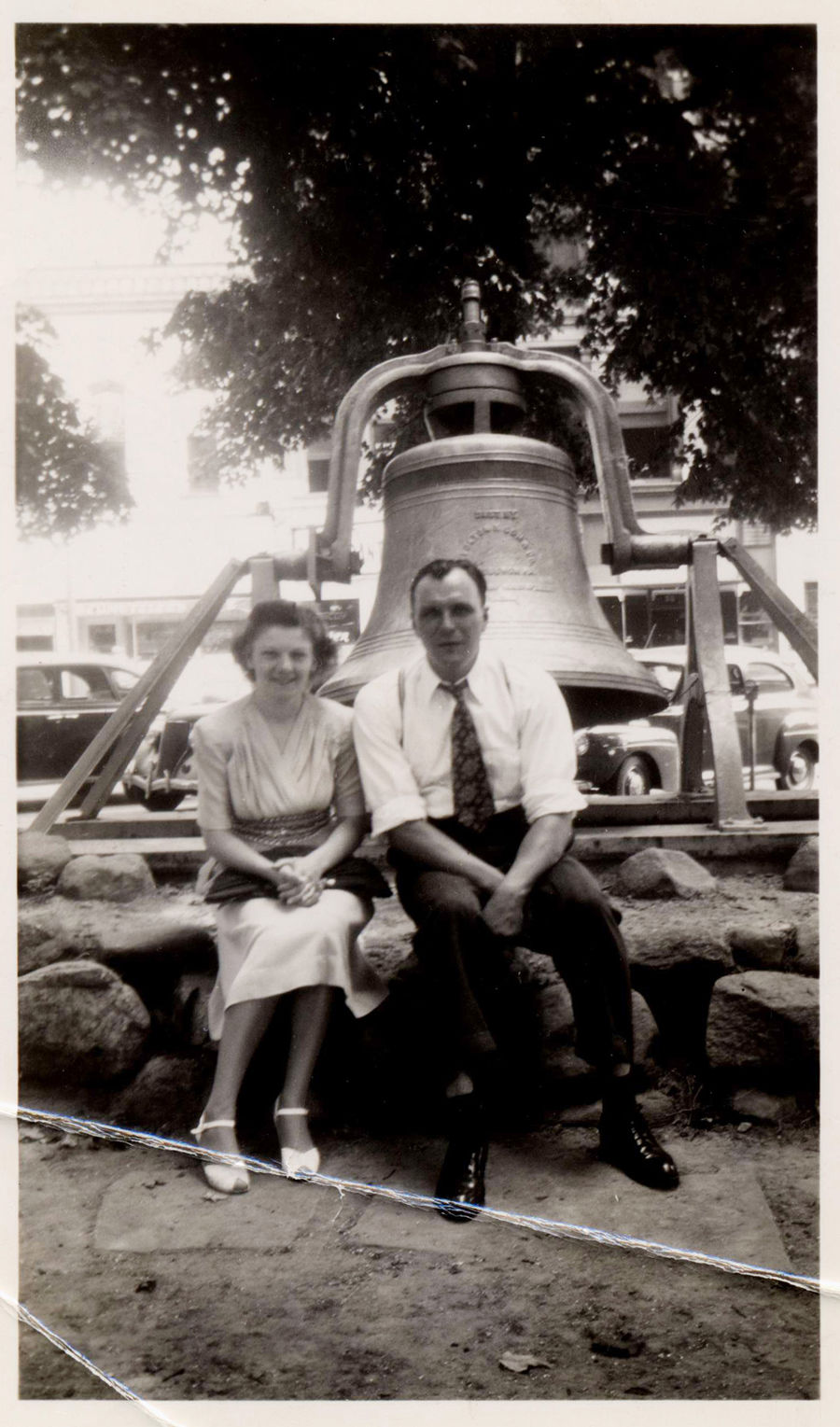 The fire bell didn’t ring very often on the Square—in fact the clapper was removed to keep pranksters from making noise in the middle of the night—but it rang out for hours in celebration on the day it was announced that WWII had ended.

When the fire bell was first mounted into the high tower above Mansfield Fire Department Station #1 the town was small enough and the world was quiet enough that when the bell rang out specific codes for various areas of the city anyone could hear it and know what was going on where.

Betty Angle grew up on Vennum Avenue—nearly a mile from the bell—and she said when the bell rang her father rushed out of the house with his camera and could always tell by the number and sequence of tolls exactly where to go to catch the action. That was in 1916.

The bell tower rose high above the Fire Station in the front of the Municipal Building at the corner of S. Walnut and Park Avenue West. When a new City Building was built down Walnut Street in 1924 the bell wasn’t needed any more, so the tower was demolished and the bell took up residence on the northeast corner of the Square.

A familiar landmark for several generations, the fire bell moved off the Square in 1993 when the Mansfield Fire Museum opened on West Fourth Street.