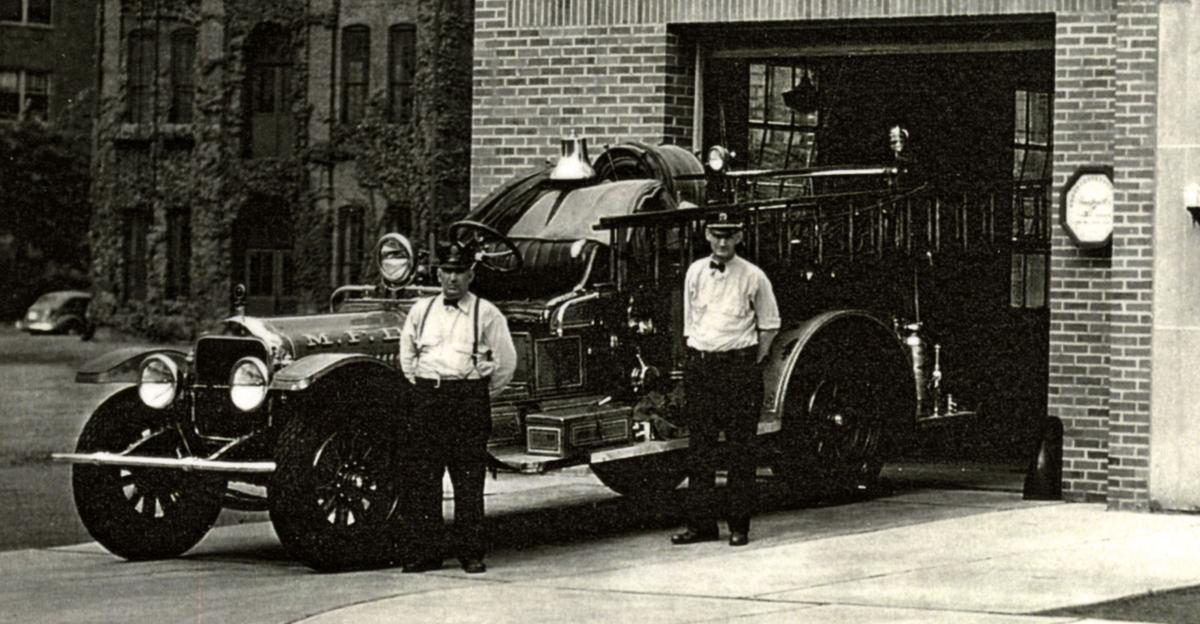 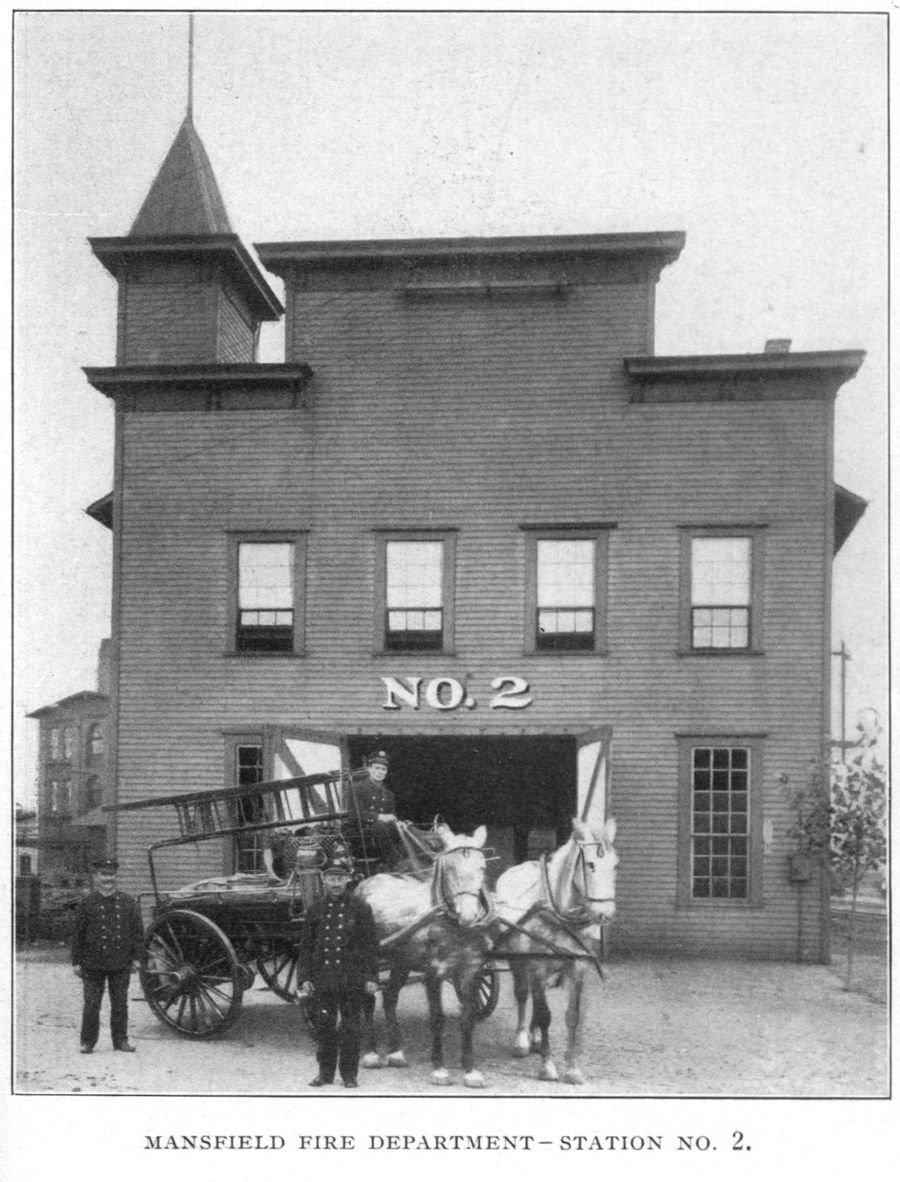 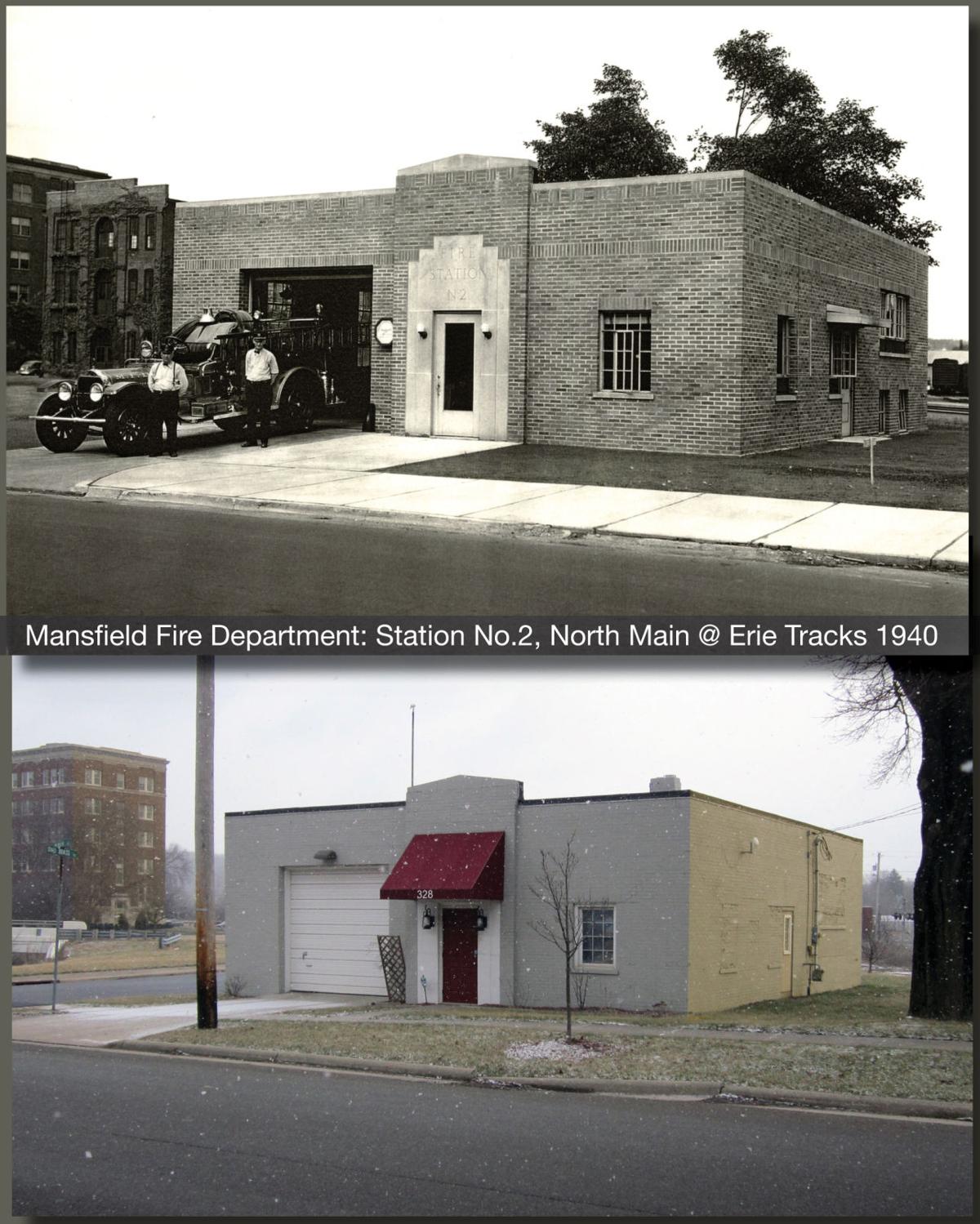 For most of the 20th century there was a station of the Mansfield Fire Department located on North Main Street next to the Erie RR tracks.

Officially it was designated as Station No. 2, but most folks who were associated with MFD or city government had a simpler name for the place and the Firemen who worked there: it was known as “Twos.”

The station originally occupied a tall wooden building with a tower, but by 1939 it was rebuilt as a more modest brick structure.  This 1940 photo shows Firemen of Twos posing proudly with their new home.

Twos was located in the Flats primarily in order to serve the city’s Industrial complex when all the factories were situated around the tracks.  Anyone who worked there can tell you it was complicated getting to fires with all the trains in the way.

There is a Station No. 2 today, but it is not in this part of town anymore; and the old Twos building at 328 North Main Street is today home to Peak Power Electrical Contractors.