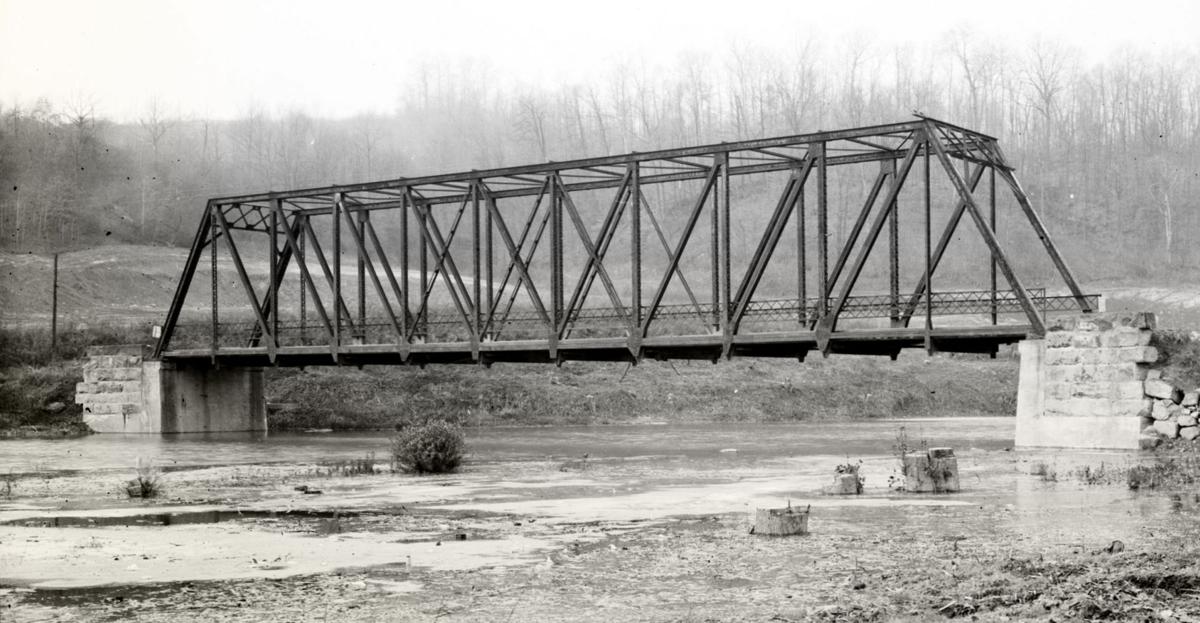 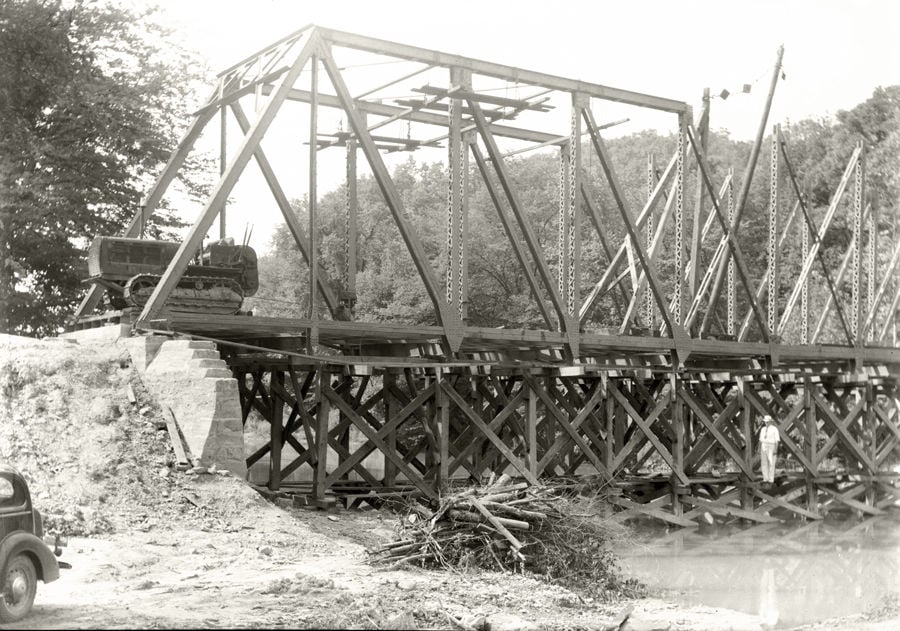 This Clear Fork River bridge was moved in 1936 from its original site, soon covered by the Pleasant Hill Lake, to a site approximately one mile downstream in Hog Hollow. (The portrait of the bridge at the top of this article shows the bridge on its original site before it was moved.) 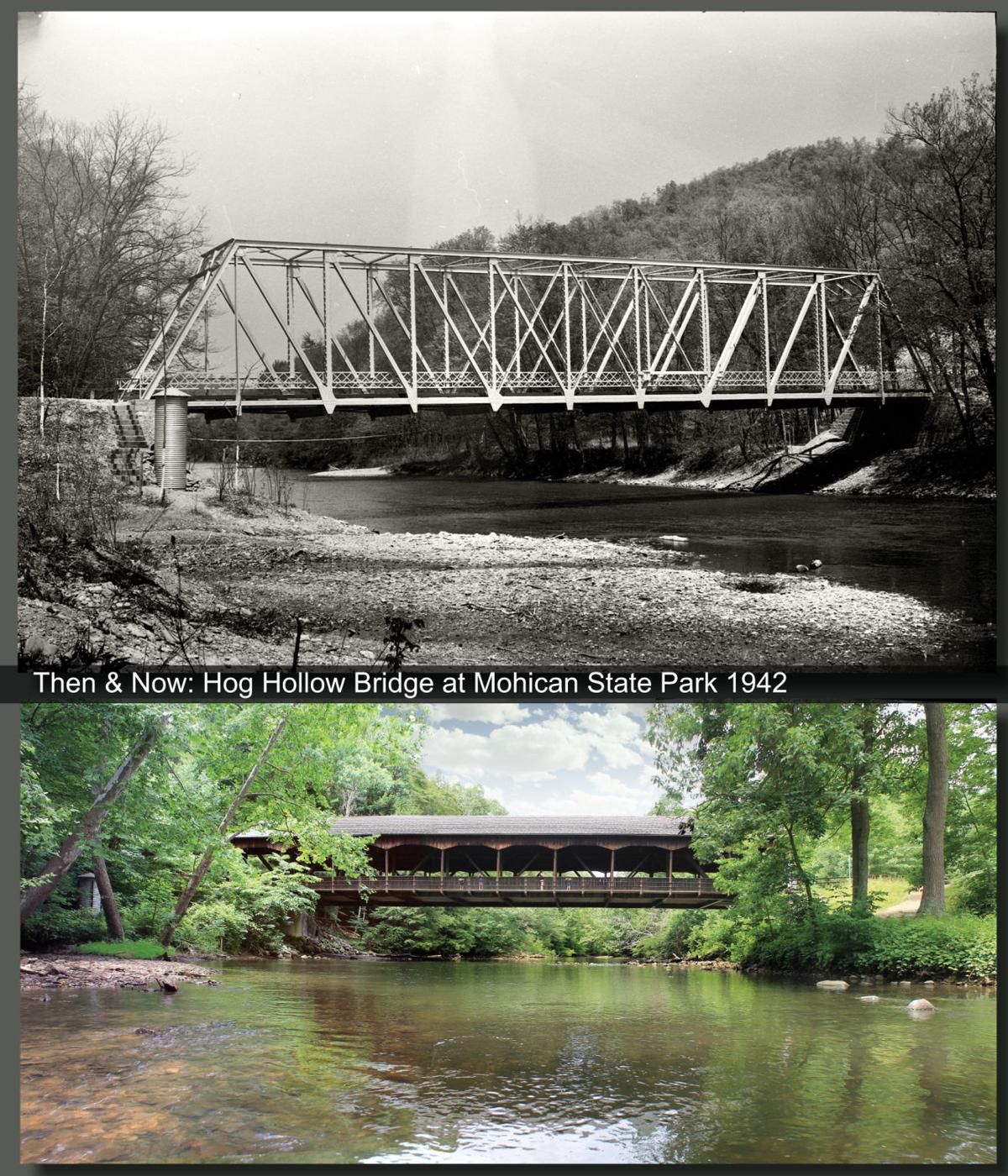 In the 1930s, when a lot of America was struggling to find work, there was a busy crew of young men hired by the Federal government to recondition the natural area in Ashland County known today as Mohican State Park.

Among the many tasks they undertook was picking up a steel trestle bridge that crossed the Clear Fork River, and moving it downstream.

The part of the Clear Fork River valley where the bridge was originally built was about to be flooded by the completion of the Pleasant Hill Dam; so in 1936 the bridge was relocated to a place below the dam. At that time, the new site for the bridge was an obscure river ford deep in a steep ravine called Hog Hollow. Today that site is the Covered Bridge in Mohican State Park.

This original trestle bridge is long gone: it was replaced in 1968 by the Covered Bridge; but if you look closely at the 1941 photograph when the bridge was newly placed, there is an obvious landmark that remains at the site today, on the left side of the image. It is a cylindrical steel anchor that was placed in the bridge abutment in the 30s, and it remains at the riverside today as a bookmark back to earlier days.