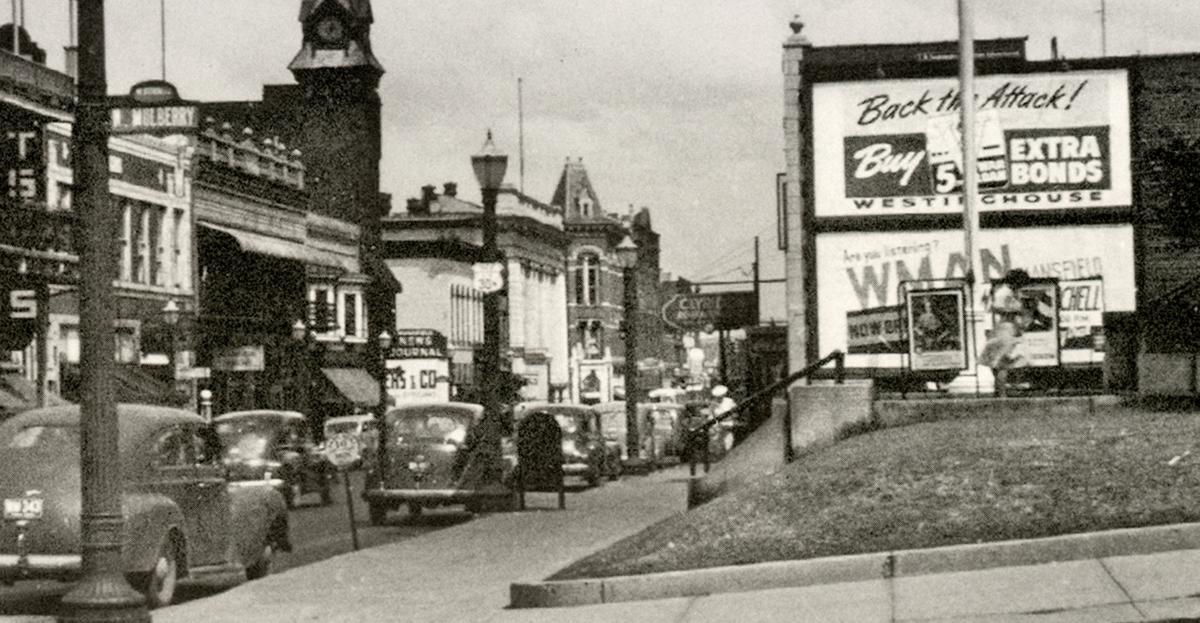 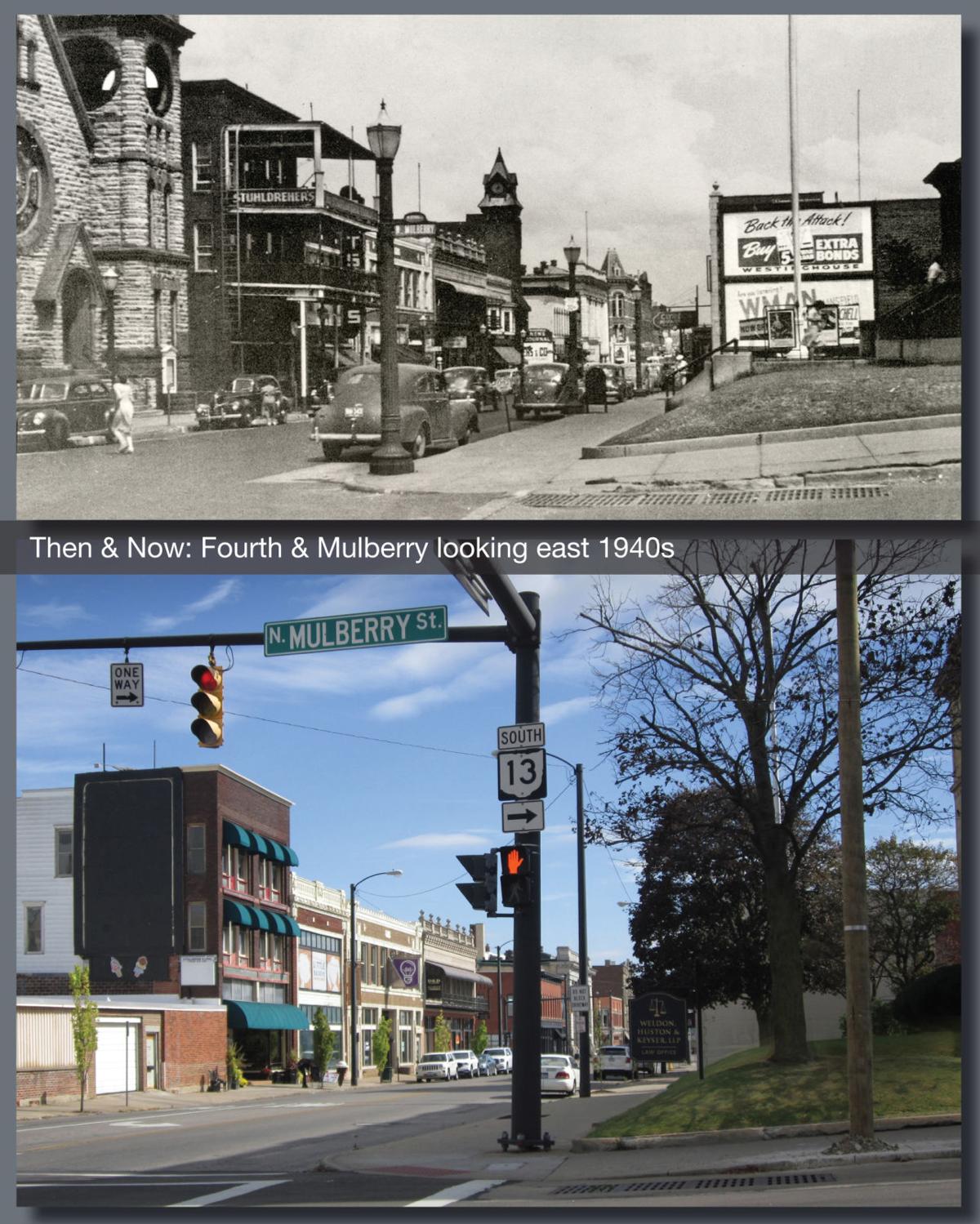 Two prominent features of the early 20th century Fourth Street skyline are clearly depicted in this image from the 1940s; landmarks you won't see there today:

The First Christian Church (Disciples of Christ) in the foreground left this view in 1956 when they moved to the corner of Third & Bowman;

The Mansfield News building, in the center of the image with the pointed clock tower, stood at the corner of Fourth and Walnut; today a parking lot.