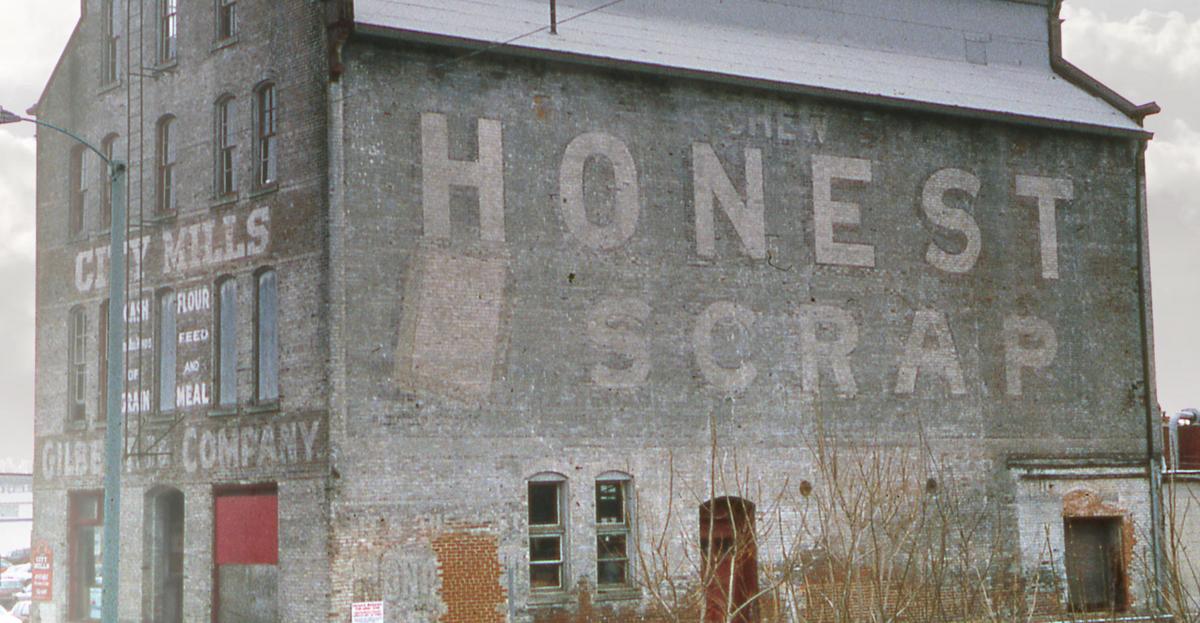 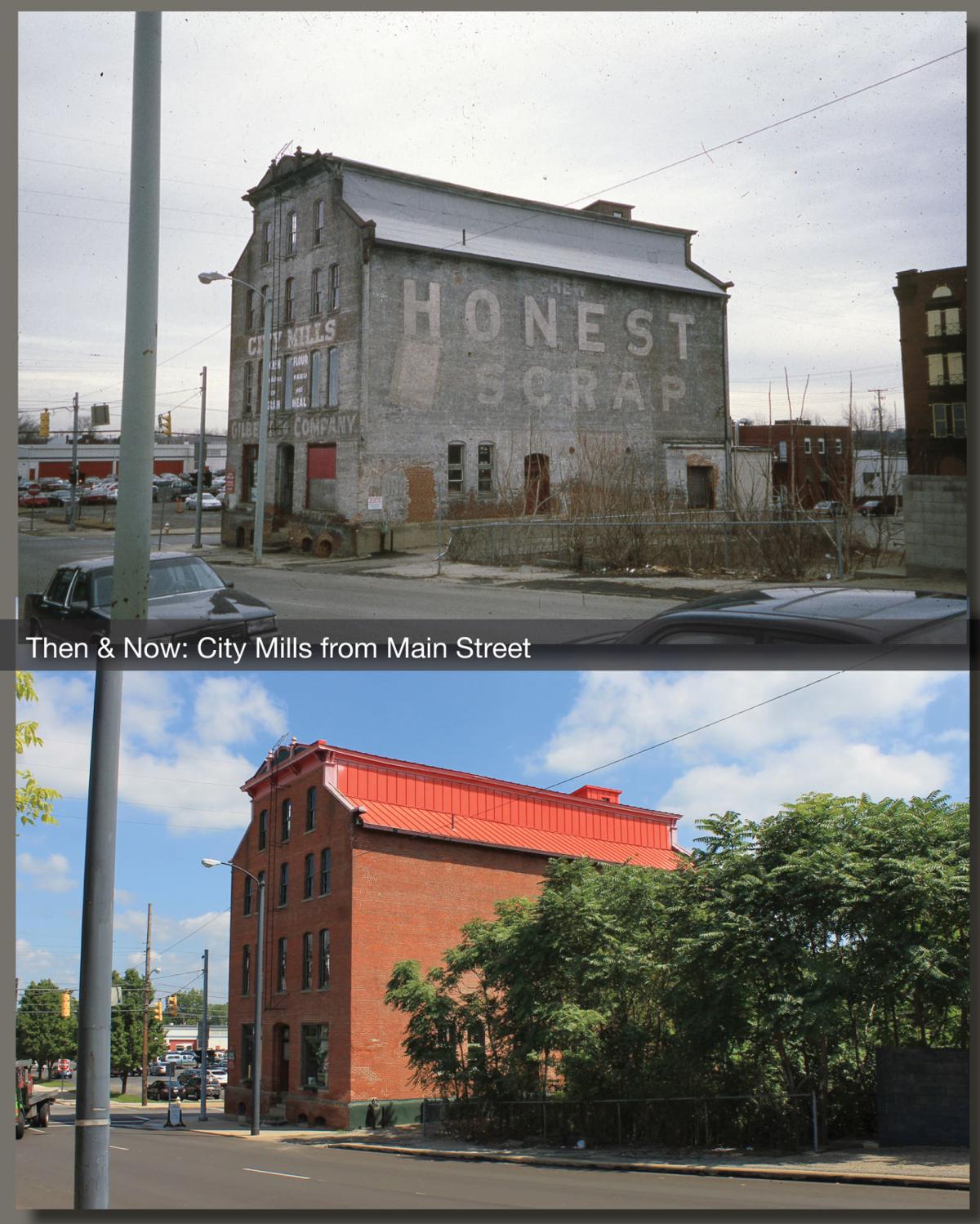 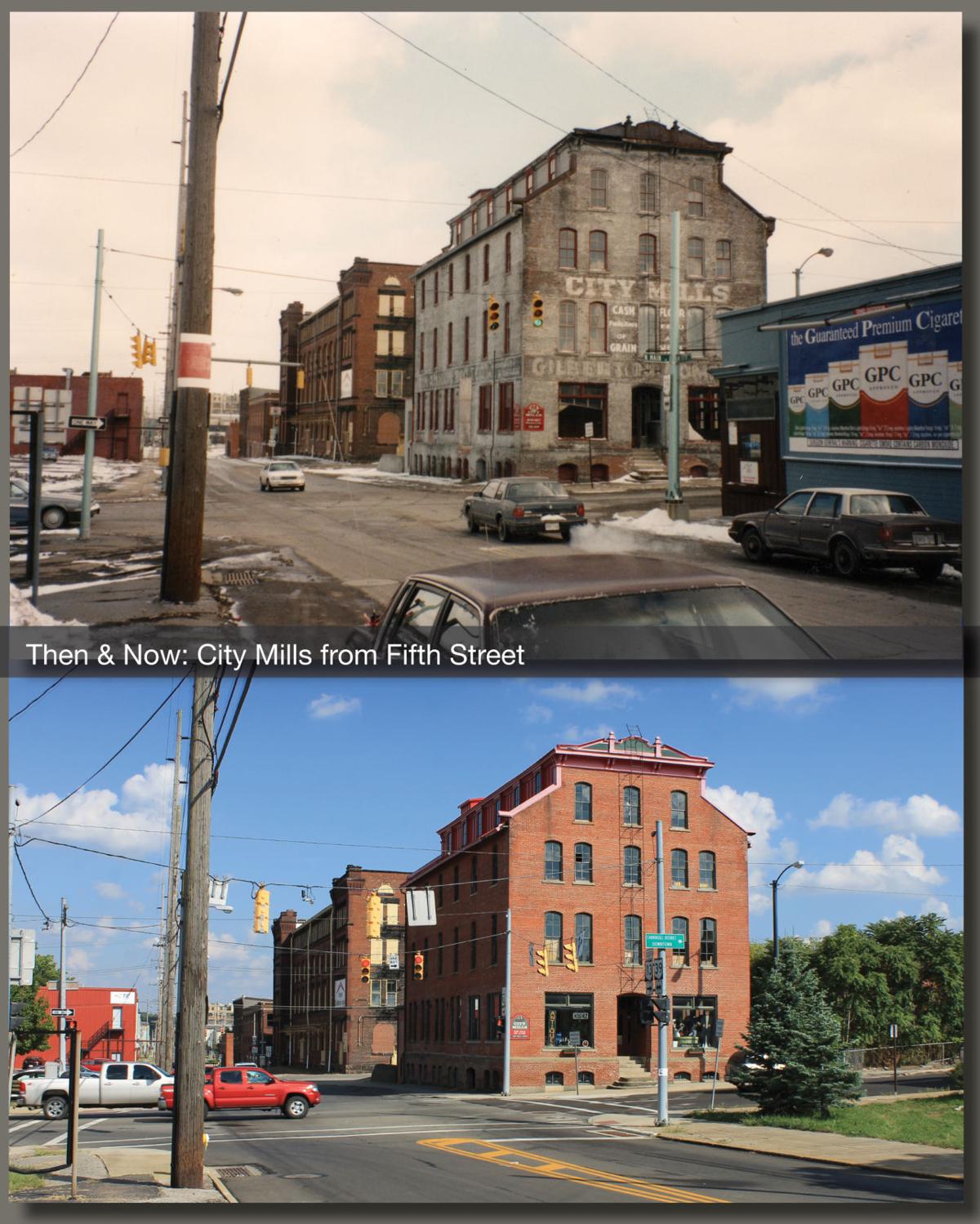 MANSFIELD -- City Mills, at the corner of Fifth and Main Streets, sat gray and weathering for a number of years, and slowly the old tobacco advertisement on the south side faded away.

It used to say CHEW HONEST SCRAP when the paint was fresh, but at the end of its gray existence — before the brick was sandblasted clean — it became a favorite joke on Main Street for people who were facing the north. The last word from the tobacco industry at City Mills was HONEST CRAP.

The landmark structure was built originally as a warehouse for the Sandusky, Mansfield & Newark Rail Road in 1847, and the tracks came right up to the Fifth Street side of the building.

It was a flour mill for several lifetimes, and then served to warehouse groceries for a number of produce companies in the 20th century.

Go there today and you’ll find it newly repurposed into an antique store.

Vintage shots from the archives of Engwiller Properties.