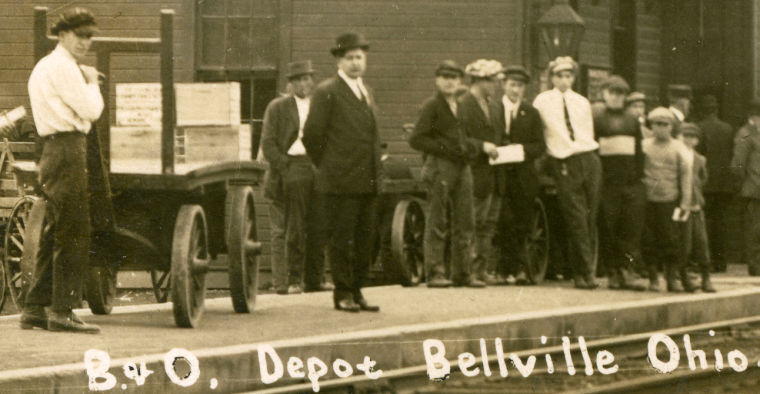 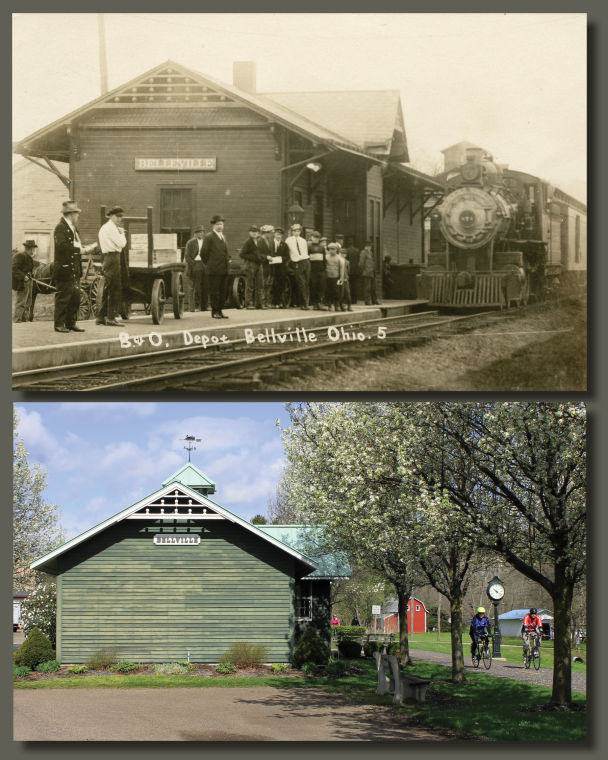 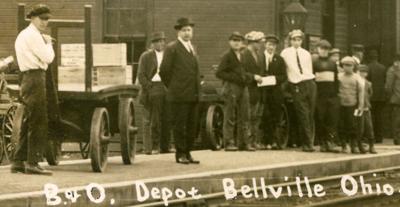 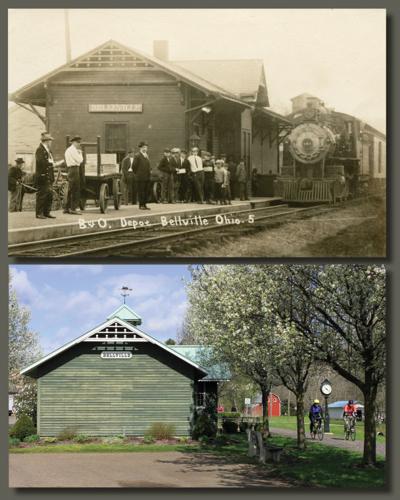 The man who established this town was Robert Bell, and so its proper name is Bellville — but there was a postmaster a generation later who thought the place would have a little more class if it was in French: Belle Ville, as in beautiful village.

When the B&O came through, the depot was labeled with the beautiful version of the town’s name. Though the name of the town reverted back to its original spelling in the 1870s, the sign on the depot kept that extra ‘e’ until it was torn down the in 1970s.

Today’s depot was built on the same spot as the original structure in the year when the B&O Railroad became the Richland B&O Trail. Replicating the style of the original depot, it serves as a resting area for bikers and hikers.