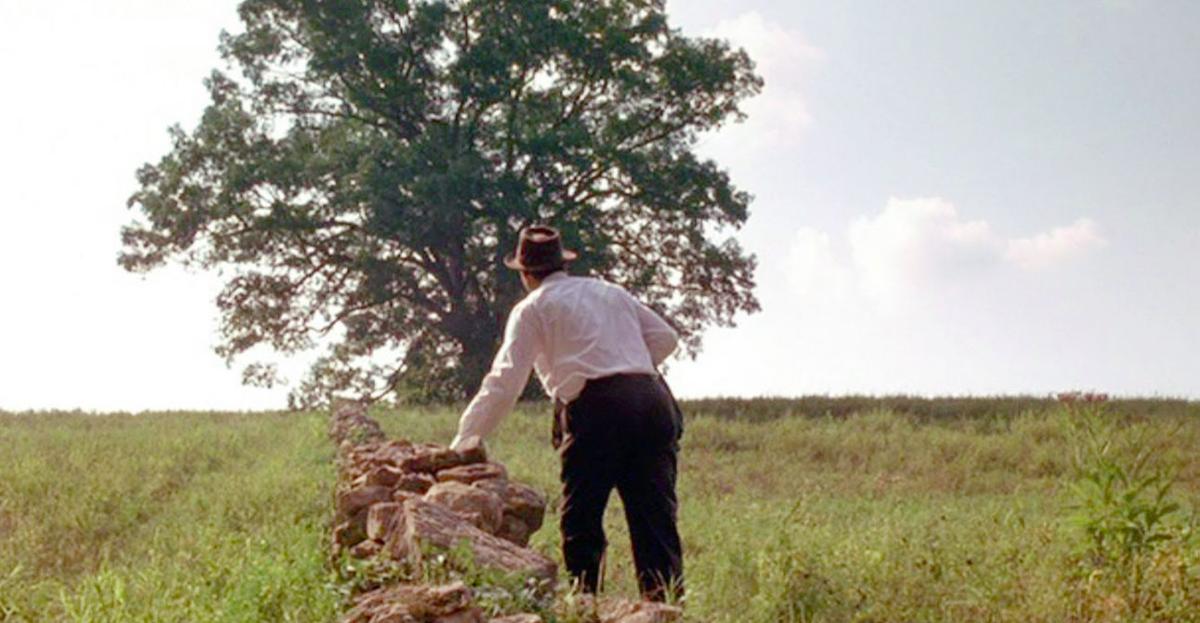 Morgan Freeman gazes at the big oak where a buried treasure awaits in the Shawshank Redemption, filmed in Richland County. 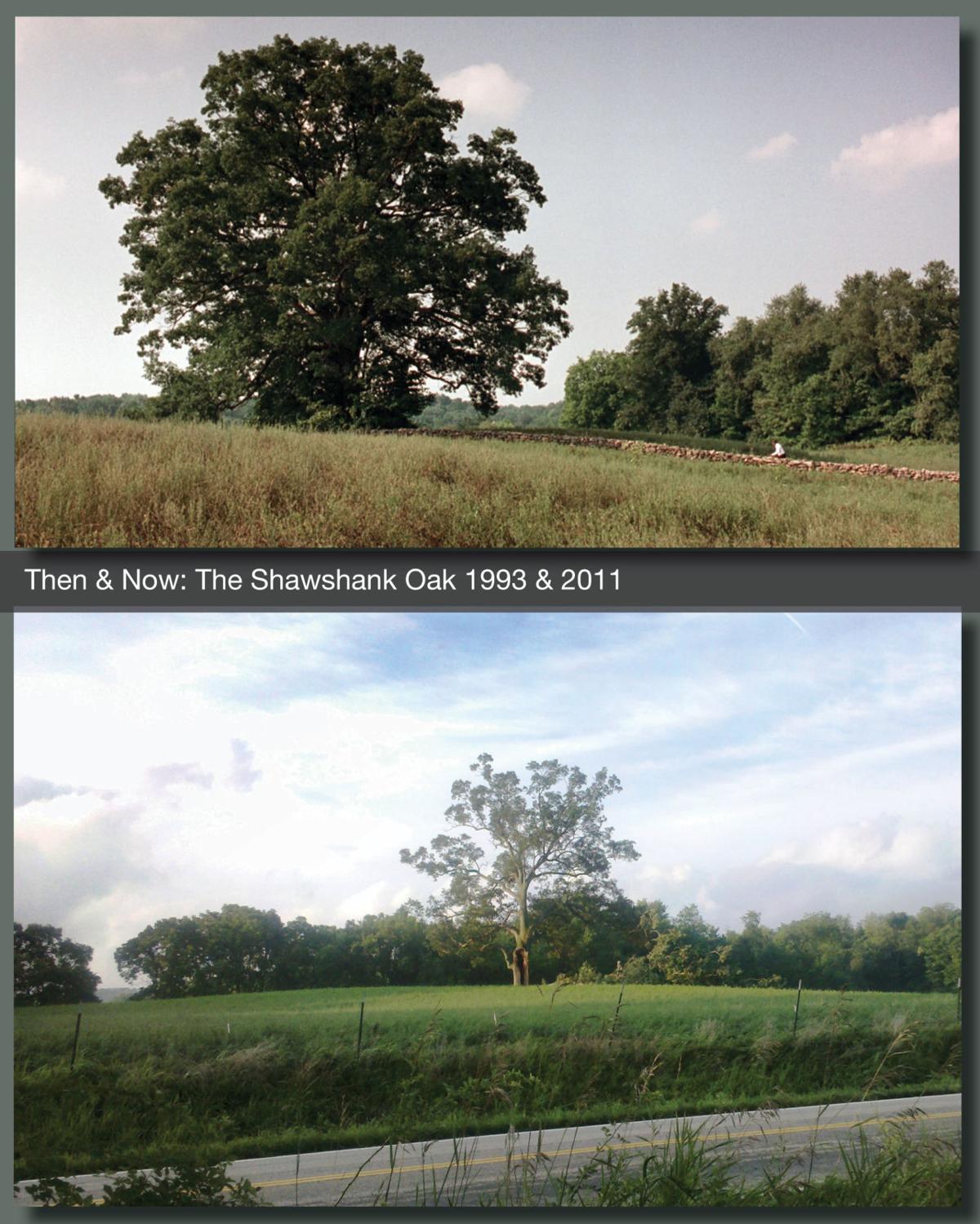 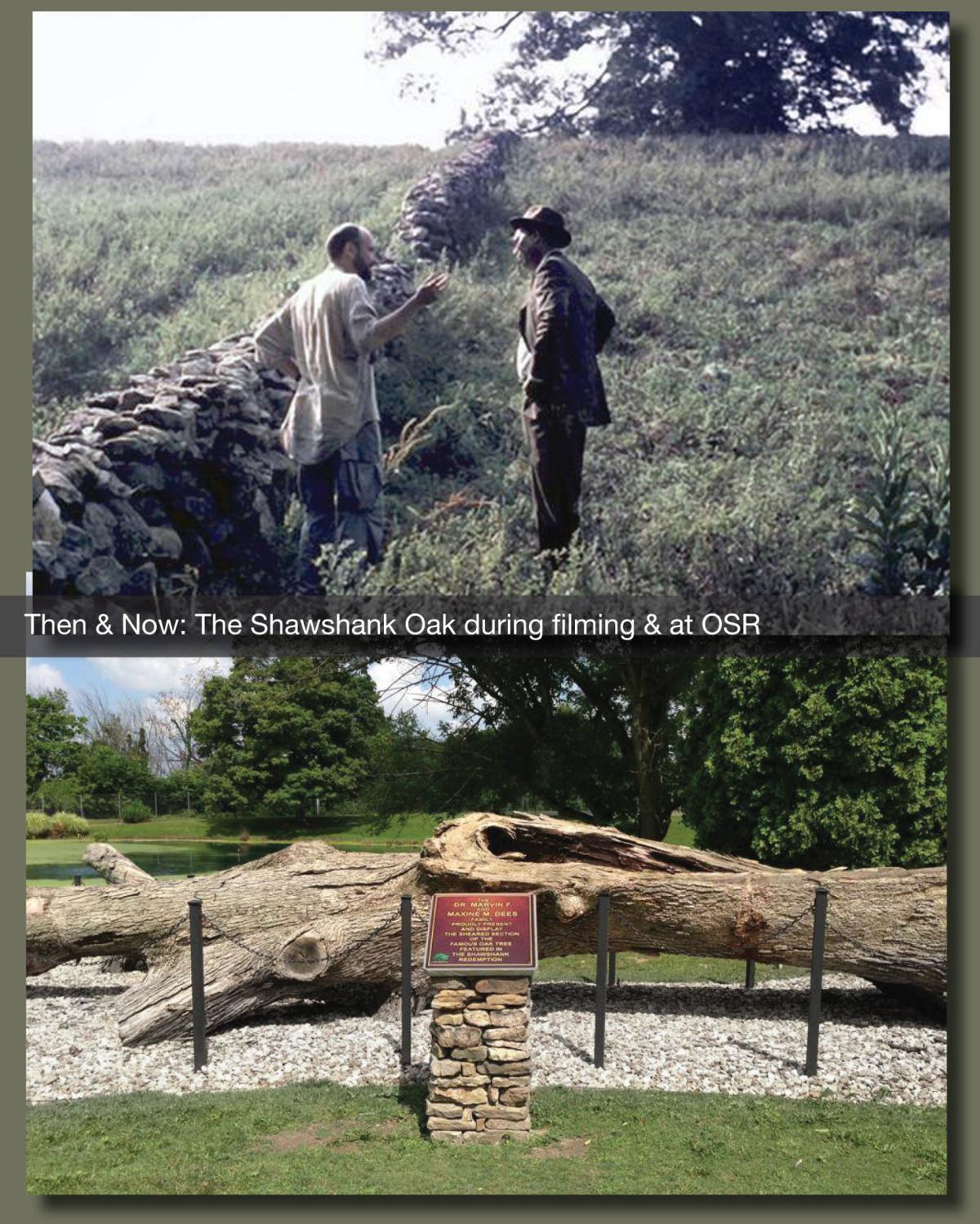 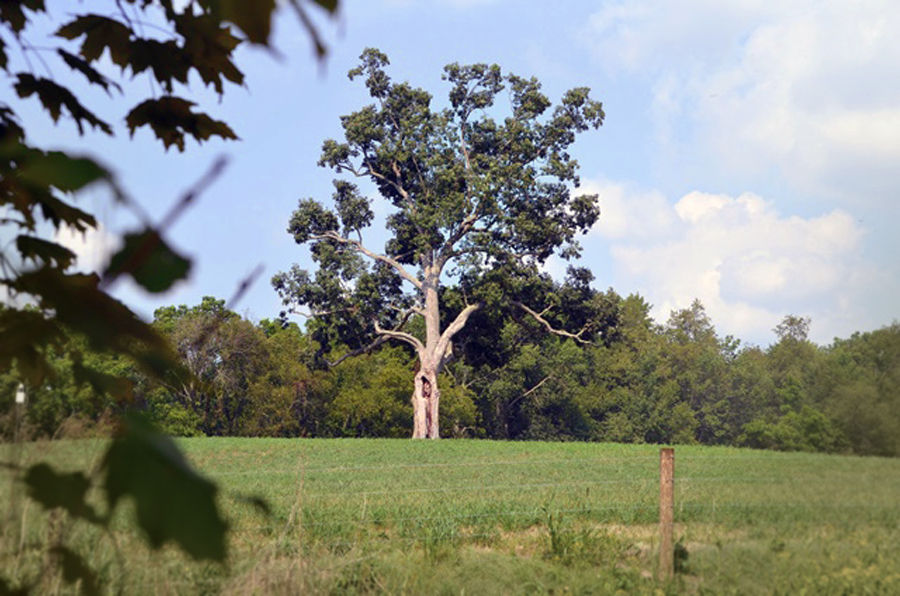 LUCAS -- Before 1993 this was just an old oak tree in a field across from Malabar Farm and, aside from birds who perched there, nobody particularly noticed it.

In 1993 it was noticed by a site production scout for Castle Rock Entertainment, and plotted into the shooting script for the filming of The Shawshank Redemption.

Eighteen years later when a storm took a huge limb out of the old tree the event was noticed in newspapers, magazines, websites and newscasts all over the world, because by then Shawshank was recognized as one of the favorite films of the 20th century, and the tree was a universal icon of hope.

Today the mobile piece of the Shawshank Oak is on exhibit at another 1993 filming site: Ohio State Reformatory.

Deeply rooted into the heart of our community, the oak holds forth today as yet another symbol of hope: the survivor.

The tree is located on private property and the owners request no one enter without permission due to liability concerns.

The Mansfield/Richland County Convention and Visitors Bureau is committed to preserving and promoting our legacy of Shawshank and hope.

The 2011 photo of the Shawshank Oak was taken by Jodie Snavely only hours after the limb fell, and before the storm had even cleared.